A view of the chapel in 2008 ((By AgnosticPreachersKid (Own work) [CC BY-SA 3.0 (http://creativecommons.org/licenses/by-sa/3.0) or GFDL (http://www.gnu.org/copyleft/fdl.html)], via Wikimedia Commons)) 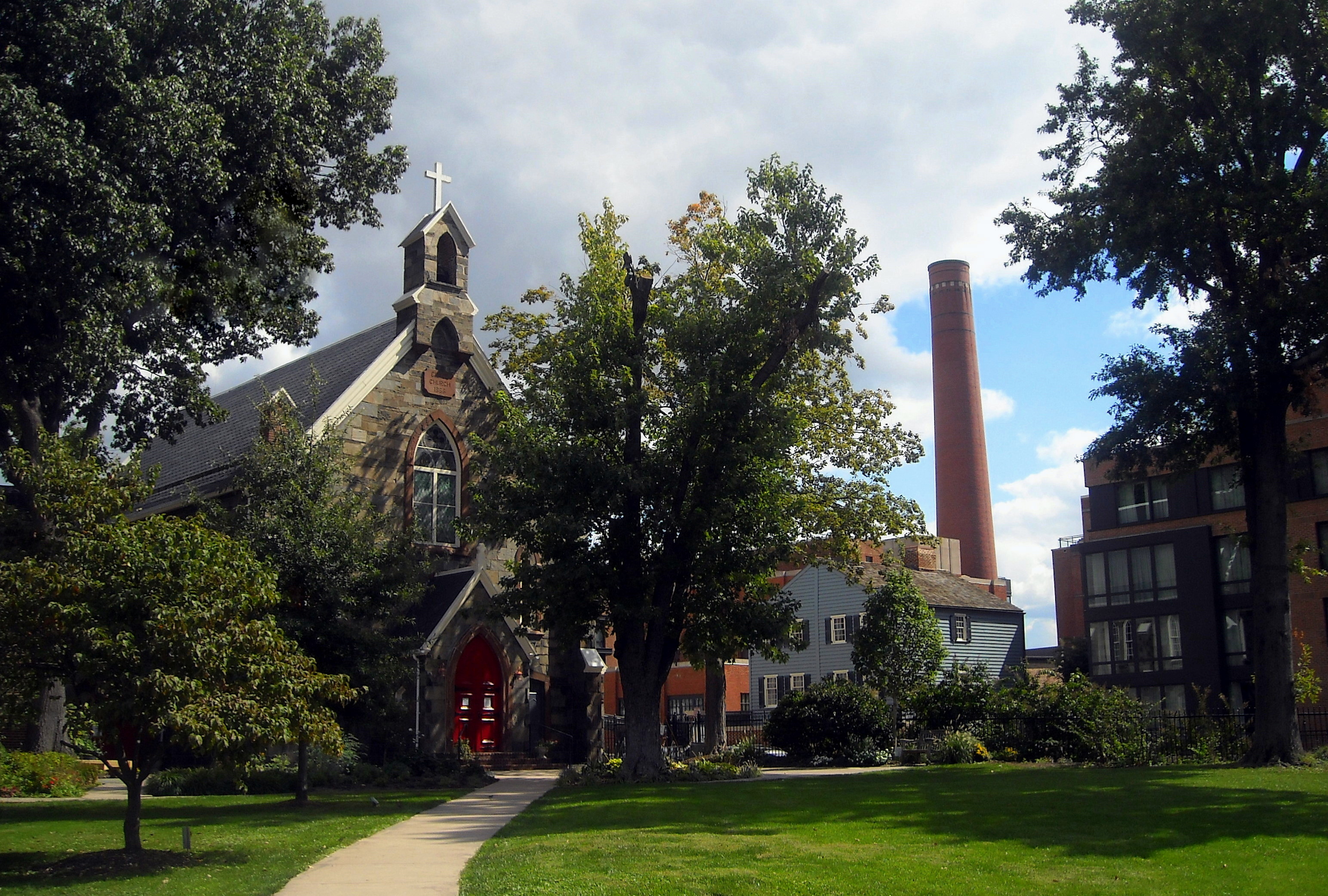 In the first half of the 1800s, when Georgetown was still largely a port town, two Episcopal Parishes were active in the area: St. John’s Georgetown and Christ Church Georgetown. Though pew rentals were the custom of the day in churches, the two parishes collaborated and gave funds to form a mission church in the area to care for those in the population that could not afford to rent out pews for worship. In the 1850s, three men from the Christ Church Georgetown finally founded a chapel for the mission church, and services were held in the building with the help of volunteers from the nearby Virginia Theological Seminary. As the church grew, a member of Christ Church, H. D. Cooke, donated a significant sum and funded the construction of the Grace Episcopal Church in 1867.