The Forrest-Marbury House is a historic home in the Georgetown area of Washington, DC. Originally built in 1788, the Forrest-Marbury House went through several different phases of ownership in its lifetime, serving as residential, government, and commercial space. It was added to the National Register of Historic Places in July of 1973. Today, the building is home to Ukraine’s US Embassy.

The building in 2008, as the Embassy of the Ukraine ((AgnosticPreachersKid at English Wikipedia [CC BY-SA 3.0 (http://creativecommons.org/licenses/by-sa/3.0) or GFDL (http://www.gnu.org/copyleft/fdl.html)], via Wikimedia Commons)) 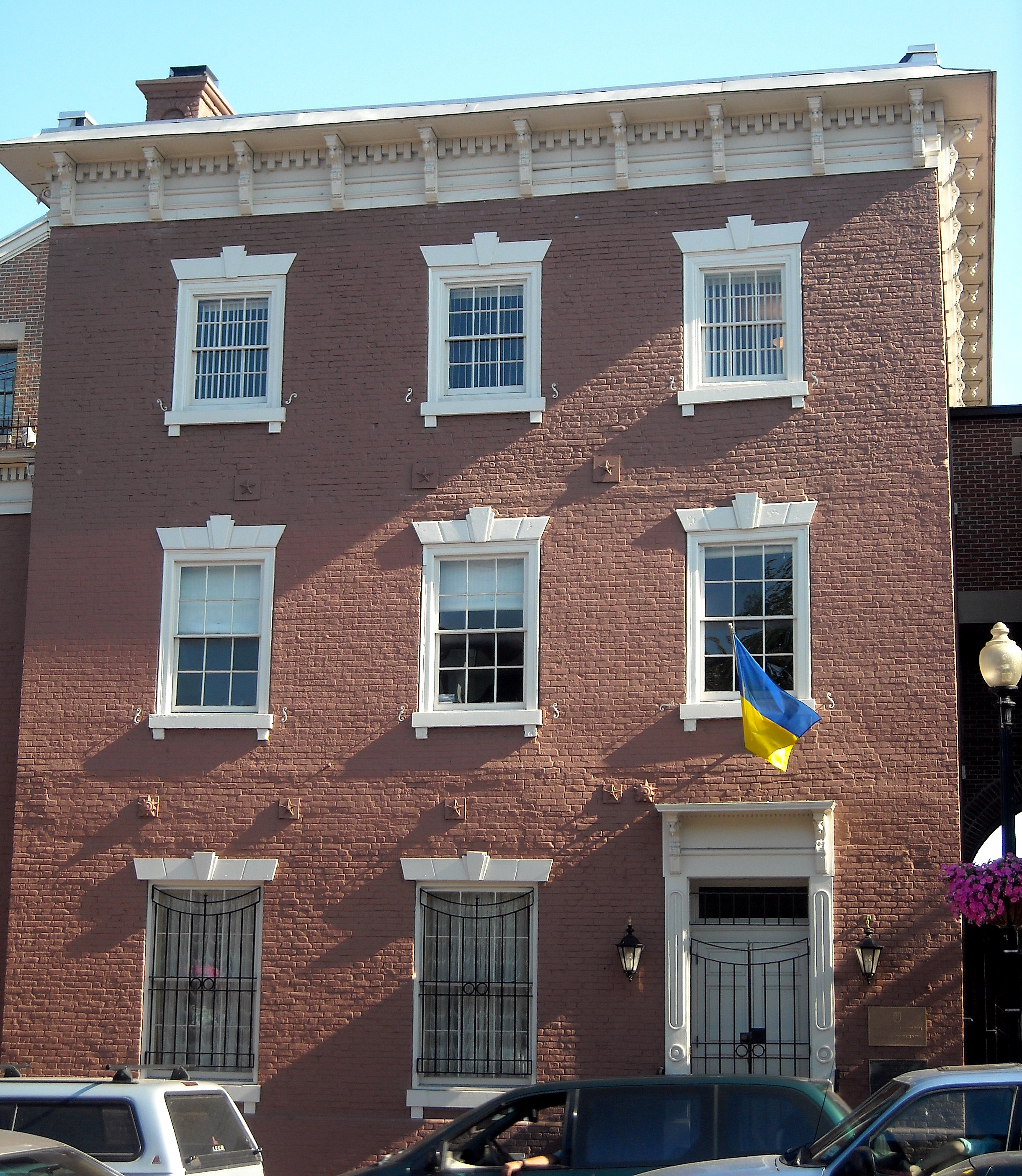 The Forrest-Marbury House was built in 1788 by a man named Benjamin Stoddert. At some point in the 1790s, Uriah Forrest, then the mayor of what would become Georgetown, began to live in the home. During the late 1780s and very early 1790s, a dispute between Georgetown and Carrollsburgh was underway with regards to where the Federal City would be located. To settle the dispute, George Washington himself came to Georgetown in March of 1791, ate with the involved parties at the Forrest-Marbury House, and settled the dispute with all parties agreed by the end of the evening. In 1800, ownership of the home was passed to William Marbury, a real estate investor who would go on to oppose President Thomas Jefferson in the case of Marbury v. Madison in 1803.

After the case, the home remained in Marbury’s family for a number of decades, and in 1888, the home was sold. From that point on, the Forrest-Marbury House was converted for a number of different uses over the years, including a series of apartments, a nightclub. On July 2nd of 1973, the home was added to the National Register of Historic Places, and in the early 1990s, the home was restored to that of a residential space. As of 1992, the building has served as the US Embassy of the Ukraine.