Built in 1893, the Volta Bureau was a research center and library for individuals who were deaf and hard of hearing or researching deafness. Alexander Graham Bell established the Bureau using profits from record patents sold to the American Gramophone Company. The Bureau originally operated out of Bell's father's home across the street, but the growing demand for service led Bell to commission this neoclassical yellow brick and sandstone. Helen Keller attended the building's groundbreaking, and the Bureau soon had over 50,000 items in its library. The organization now operates as Alexander Graham Bell Association for the Deaf and Hard of Hearing and still utilizes this building which is a National Historic Landmark. 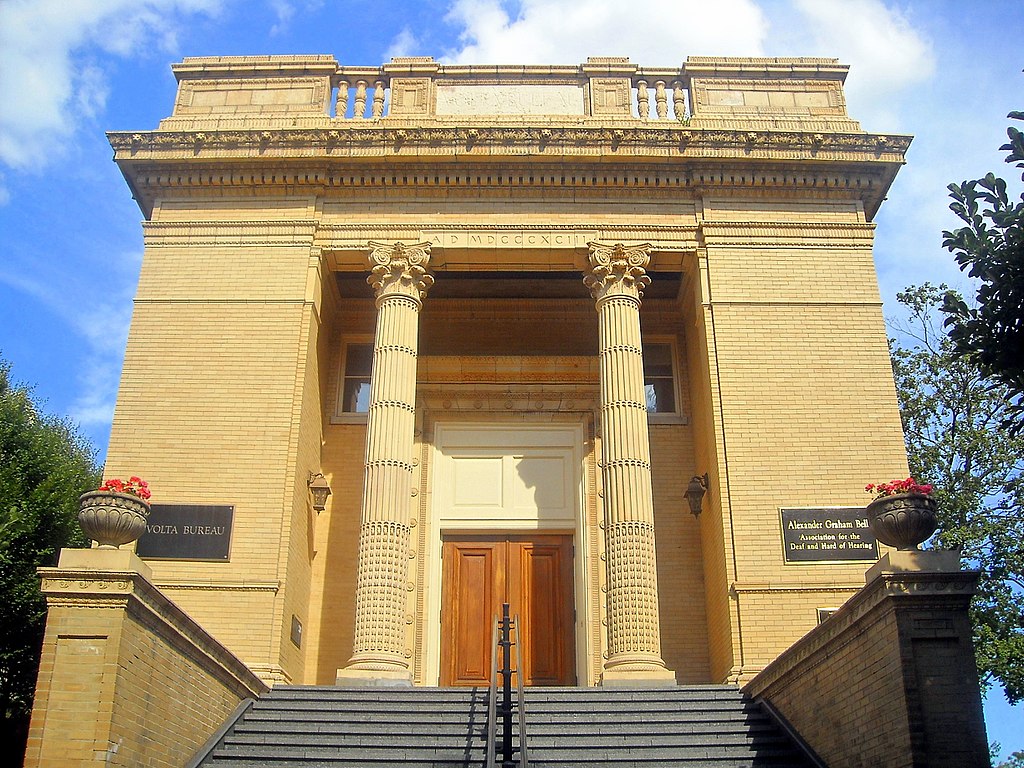 Bell used money he received from the Volta Prize to found Volta Associates with Chichester A. Bell, his cousin, and Sumner Tainter. In 1879, the French government had awarded him this 50,000-franc prize for his invention of the telephone. The firm researched the transmission and recording of sound. In 1887, the firm sold record patents to the American Gramophone Company.

With his share of the profits from the patent, Bell founded the Volta Bureau in the carriage house of his father's home in Washington. The bureau's purpose was "for the increase and diffusion of knowledge relating to the Deaf." Within a few years, the Bureau needed its own facility, so Bell built this three-story structure in the neoclassical style out of yellow brick and sandstone. Activist Helen Keller was present at the groundbreaking ceremony. By 1895, the Bureau's catalog cards numbered over 50,000, and it published the Volta Review to promote its library.

Bell was also president of the American Association for the Promotion of the Teaching of Speech to the Deaf, which was founded in 1890. The Volta Bureau worked closely with this organization, and the two merged in 1908. In 1956, the Association changed its name to honor Bell. The organization, known as the Alexander Graham Bell Association for the Deaf and Hard of Hearing, continues to use this building as their headquarters. The building was designated a National Historic Landmark in 1972 and includes a plaque that was added to the structure the following year.