The Georgetown Neighborhood Library is a local branch of the DC Public Library system. The library dates its roots back to 1875 when George Peabody funded the first library in Georgetown. That library opened in 1875 on O Street opposite St John's church. This four-story building was constructed in 1935 in the Georgian Revival style. This library was remodeled in 1976 and 2007. Currently, in addition to being a local branch of DC Library, the library also has the Peabody Room on the third floor, a dedicated special collection collecting history about Georgetown. 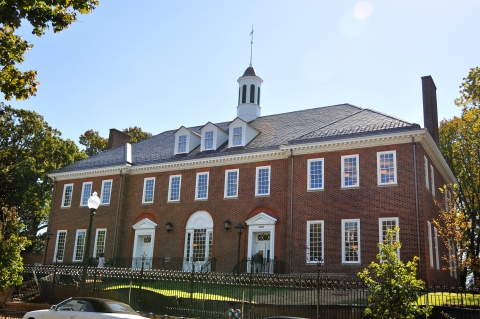 One of the two reading rooms on the first level 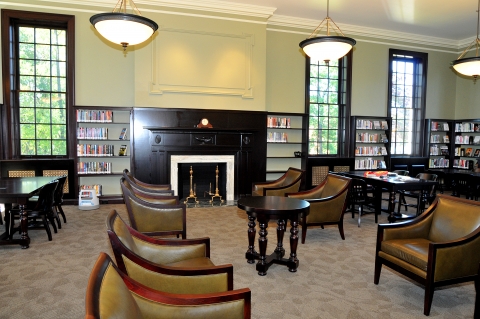 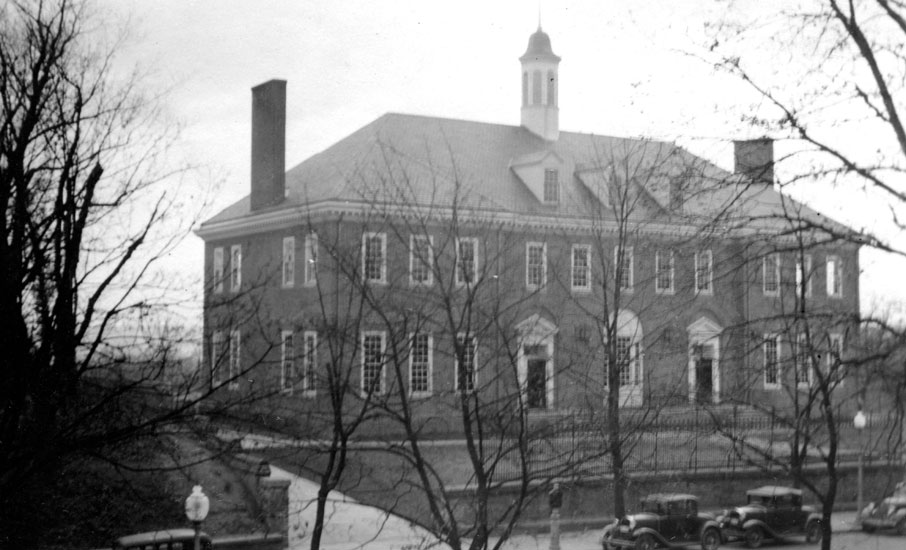 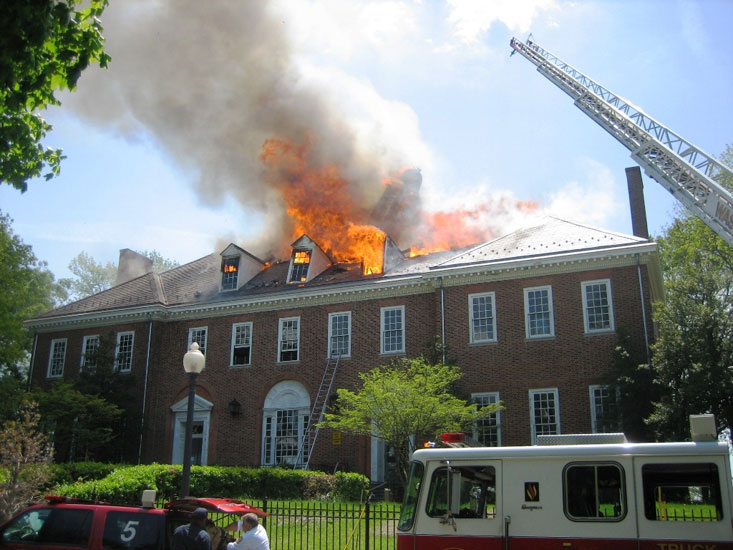 Peabody Room on the third floor of the library 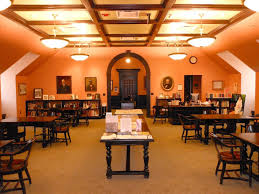 George Peabody, a wealthy philanthropist, set up a fund and donated 15000 dollars in 1867 for the founding of a library in the Georgetown area, however, Peabody did not live to see the set up of the library. Peabody's Board of Trustees were offered a site in 1872 in the Curtis School, and the site opened in March 1875.

In 1976, the library was remodeled, and in 1977, it was designated a regional branch, meaning longer hours and more services than a neighborhood branch. On April 30, 2007, a major fire hit the library, and although, the Peabody Collection was miraculously avoided, much of the material received water damage. After the fire, the library was completely redone and the Peabody Room was moved to the third-floor attic. Currently, the Peabody Room is run by Jerry McCoy, hours are available on the DC Library website.