People escaping slavery may have hidden in the brick vault of this primarily Black cemetery as they headed north on the Underground Railroad. This eight-by-eight-foot structure, built into the side of a hill, stored corpses when the ground was too frozen to dig graves. The seclusion of the area and nature of the structure allowed the formerly-enslaved people to travel unseen through Georgetown toward freedom. 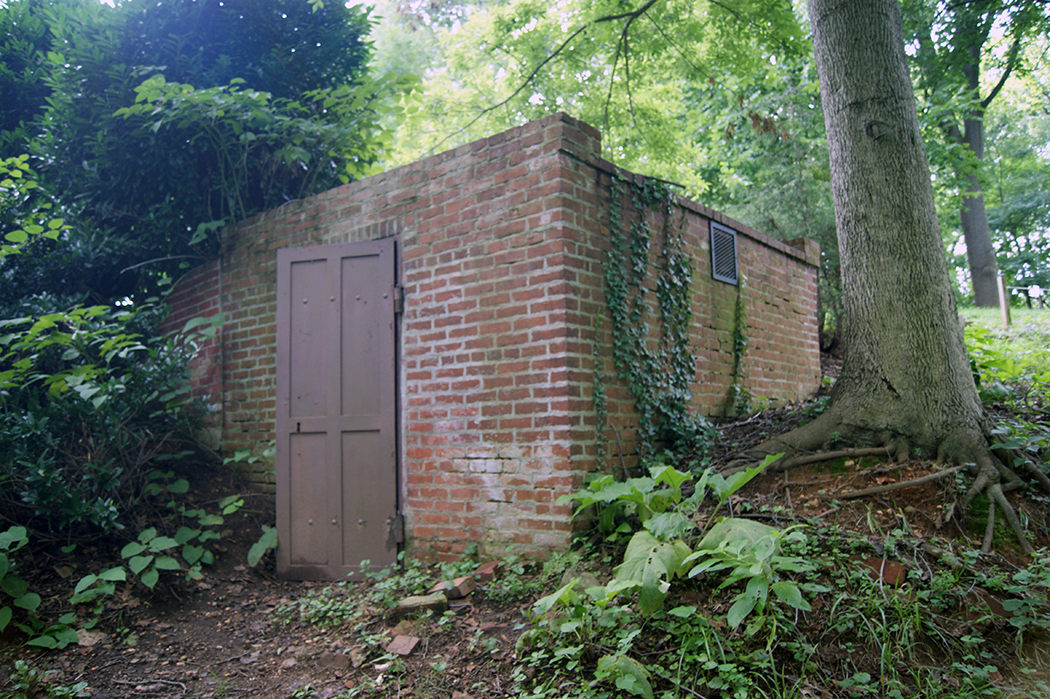 In the nineteenth century, Georgetown was home to a community of Black residents. Mount Zion Cemetery is named after Mount Zion Church, the oldest Black congregation in the city. White residents founded the cemetery in 1808 for the interment of its congregants and enslaved workers. The cemetery is joined with the Female Union Band Society cemetery, founded in 1842 by a group of free Black women; the border between the two cemeteries has been lost.

The secrecy of the Underground Railroad resulted in a lack of written records documenting the vault as a waystation on the route to freedom, but oral histories describe the structure as a shelter for those who had escaped slavery. Some stories describe local residents leaving water and food out in the cemetery for those making the journey north or west. The wooded landscape and the vault's contents made this location ideal for staying hidden. From the vault, travelers did not have to go far to reach Rock Creek, and from there could continue along the Potomac and then to the free state of Pennsylvania.

Beginning in the middle of the century, the cemetery fell into disuse and dilapidation as gentrification of Georgetown pushed away the city's Black residents. Vegetation took over, and headstones became worn or were stolen. The descendants of some white people buried there dug up their ancestors for reburial in Oak Hill Cemetery, which opened in the 1849. While burials continued at Mount Zion, after the Civil War the horses of the Metropolitan Railroad grazed among the graves.

In the 1960s, the Afro-American Bicentennial Corporation began to rehabilitate the cemetery, restoring the grounds and cutting a path to the vault. Volunteers seek to raise money to fully restore the cemetery and build a museum.