The Colonial and Female Seminary

Miss Lydia English's Female Seminary occupied this building in 1826. The had the support of powerful patrons such as US Presidents Martin van Buren, James Buchanan, and Andrew Johnson as well as Daniel Webster, Henry Clay, and General John C. Fremont. After the Union defeat at the First Battle of Bull Run in the American Civil War, it commandeered the building for use as a military hospital. After the war, another school, the Georgetown Female Seminary, operated here under the direction of alumnae from Miss English's school. Later, the building was converted into apartments. It underwent historical restoration in 1953.

The Colonial building and marker by J. Makali Bruton, HMDB.org (reproduced under Fair Use) 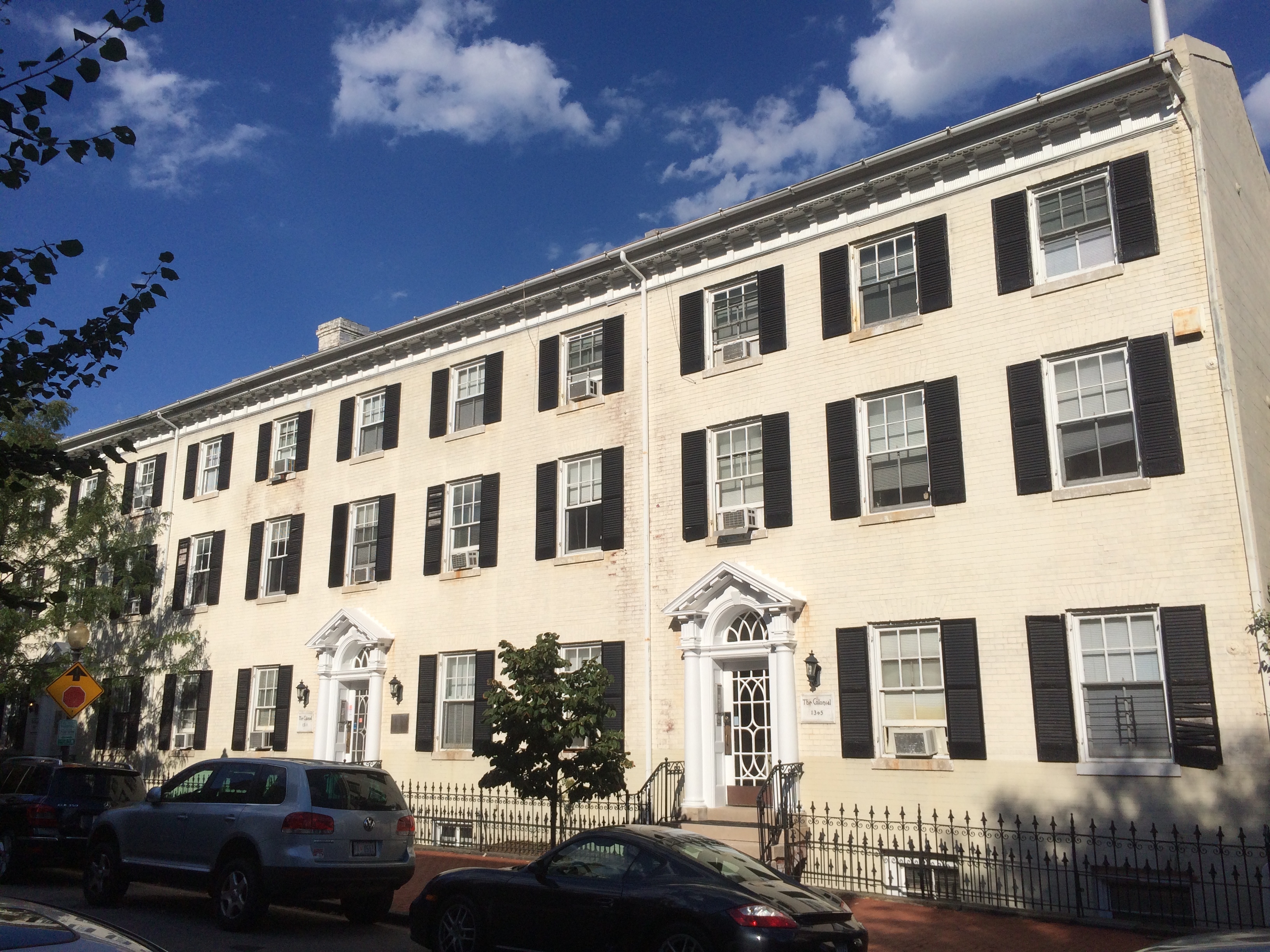 In 1826, Lydia Scudder English (1802-1866) founded the Georgetown Female Seminary against the wishes of her father, who refused to support her in this endeavor. Starting with three pupils, the school quickly grew and its student community grew to include the daughters of prominent Washington citizens and politicians. The school educated 1800 pupils over the course of its existence.

English was a secessionist and owned slaves who worked in the school. Accounts of the school have recorded only one name of an enslaved person who worked there, a woman called "Old Aunt" Abby.

The seminary held a festival on the first day each May, in which Miss English crowned three kings and three queens. The festival also included a band and speeches, and the school invited the town. Narratives of the school's history note the mischief of young men hanging around the school, drinking at a pump nearby and using a system of baskets on ropes to pass gifts to the female students. The school nevertheless had a reputation for its strictness and discipline.

The building itself is three stories, and had 19 bedrooms, a parlor, a library, and several porches, and featured hot running water. In 1861, the Union army confiscated the building for a military hospital for officers after the First Battle of Bull Run. Hating to see the Union flag flying over what had once been her school, English moved out of sight of the building, around the corner. According to the National Park Service, Doctor Mary Walker, the first woman to receive the Medal of Honor, may have served at the hospital.

After the war, alumnae of the school, Mary E. Bibb and S. A. Lipscomb, opened the Georgetown Female Seminary here in 1866. Lipscomb ran the school after 1871, and later moved it into Washington, renaming it Waverley Seminary. This building eventually became apartments, and underwent restoration in 1953.