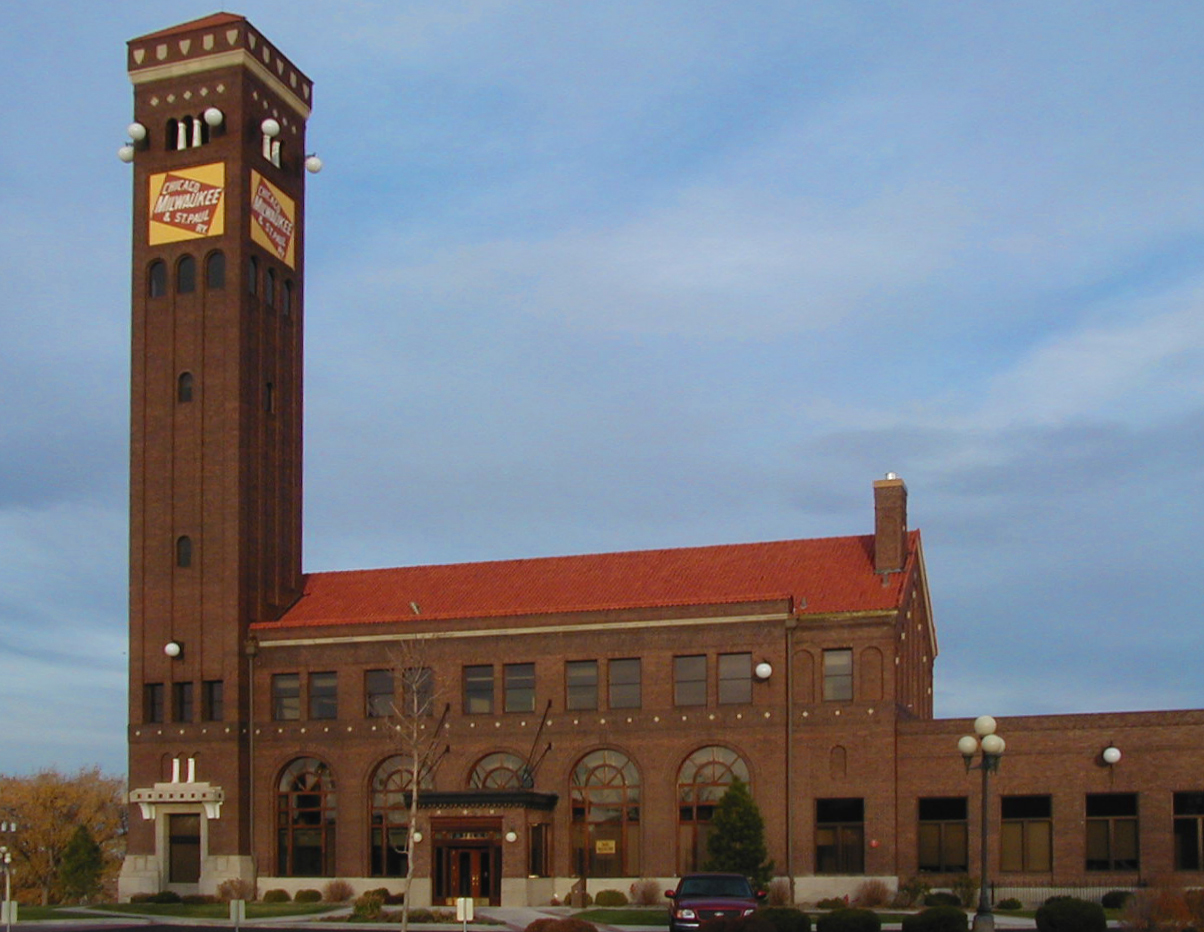 The historic Chicago, Milwaukee and St. Paul Passenger Depot is one of the most prominent landmarks in Great Falls. The Chicago, Milwaukee and St. Paul Railroad, which was also commonly referred to as the Milwaukee Road, built this depot in 1915. The building's most distinguishing feature is the tower, which reaches a height of 135 feet and is visible from a great distance. When it was built, railroad officials regarded the building as the finest depot on its railroad line between Chicago and Spokane. The creation of this stately passenger train station also helped the city's status as a key regional center. The economy and population grew in the city and the surrounding area as a result of the rail line and depot. In terms of design, the depot is a good example of Mission Revival architecture, and the tower features the Milwaukee Road's trademark on all four sides. The depot is now used as an office building. 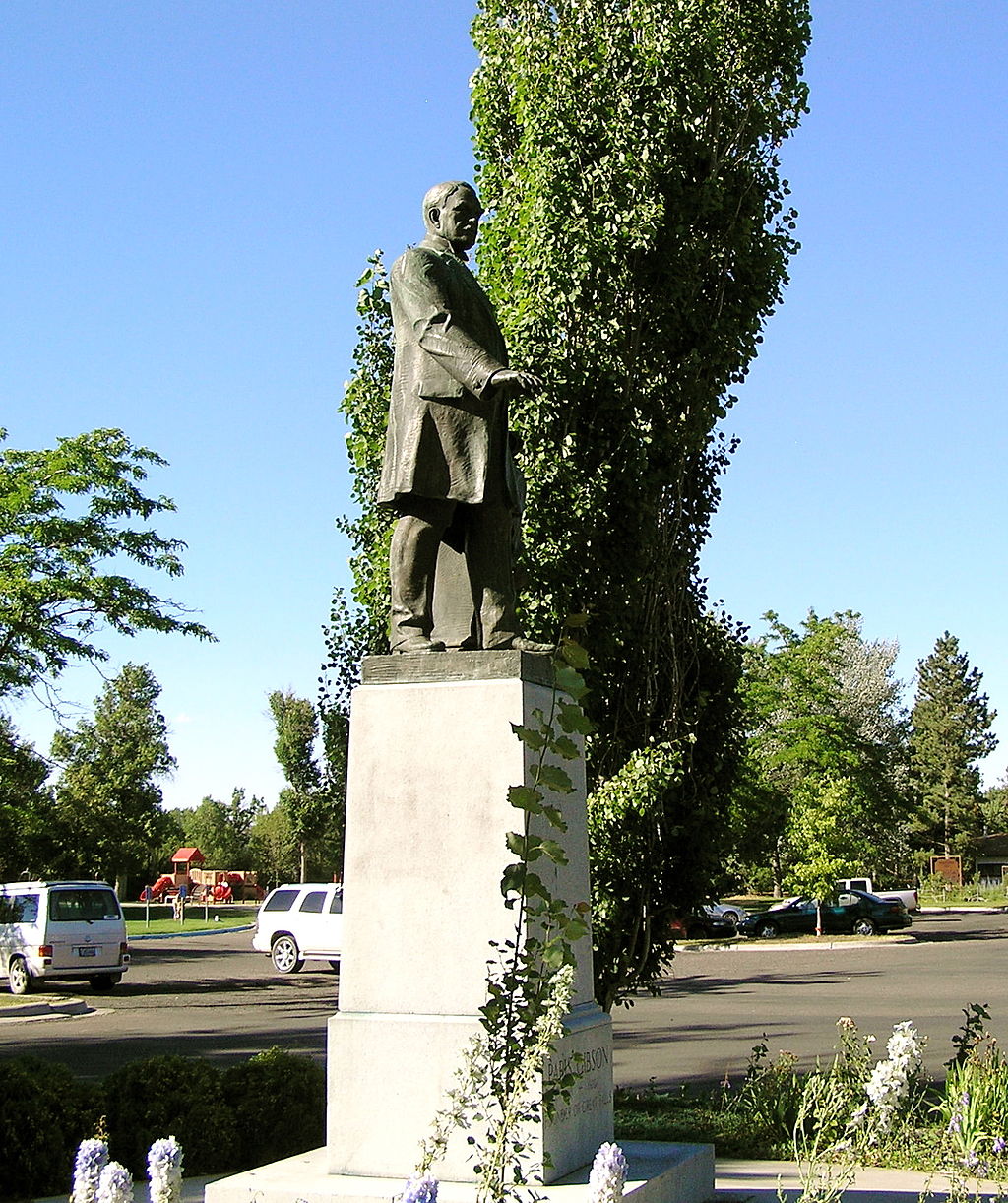 Situated along the east side of of Gibson Park stands a statue commemorating Paris Gibson (1830-1920), the founder of Great Falls. Born in Maine, Gibson became a successful entrepreneur and politician. He engaged in a number of business activities, including sheep ranching and hydroelectric power, and served in a number of political positions including mayor of Great Falls and U.S. Senator. The park is named after him. 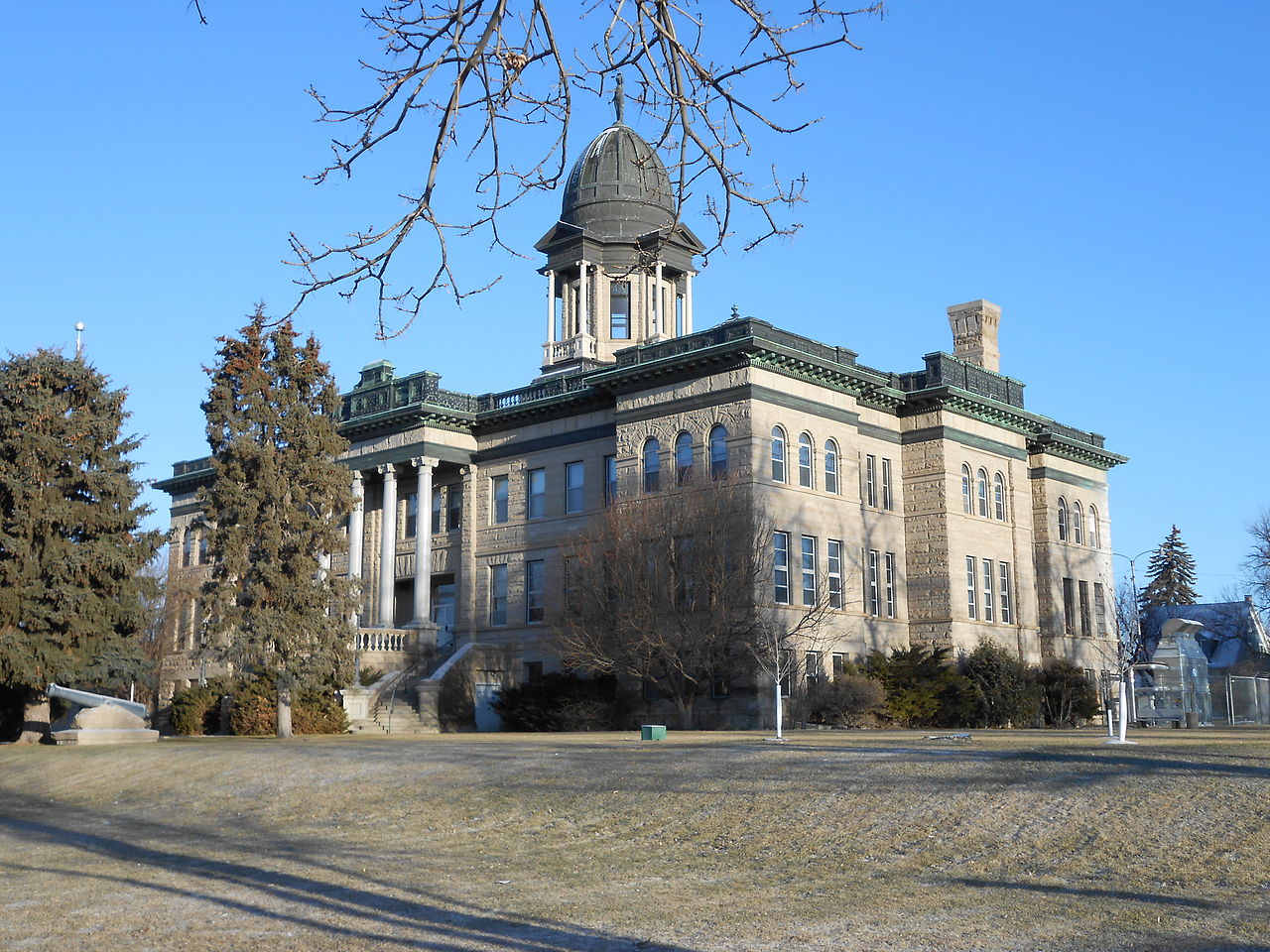 Located prominently in the heart of Great Falls, the Cascade County Courthouse has served as the seat of county government since its construction in 1903. The building is a beautiful example of French Renaissance architecture and features a grey sandstone exterior, a large copper dome topped by a Statue of Justice, and a main entrance with a marble-columned portico and a pair of stairs leading to the front doors. The dome rests on a structure circular structure with columned porticos and reaches a height of 135 feet at the top of the statue. The courthouse is listed on the National Register of Historic Places and is a contributing property of the Great Falls Northside Residential Historic District, which is also on the register.

This stately building is significant for its architecture and association with its builder, William Roberts, who was one of the city's leading builders during the late 19th and early 20th centuries. Roberts constructed a number of commercial and residential buildings in the city including this one, which is considered his best work. In terms of architecture, the Roberts Building is a fine example of Classical Revival architecture. Its most prominent feature is its elaborate cornice with decorative paired supports. Various businesses occupy the first floor and apartments are located on the upper floors.

Local freemasons have called the Masonic Temple home since it was built in 1915. The historic building is three-stories high and was designed in the Tudor Revival Style—with elements of the Elizabethan, Moorish, and Gothic styles—by Dutch architect Johannes Van Teylingen. Interesting features include decorative polychrome brickwork, a gabled entry tower with flanking arched entrances, and a pair of small balconies. The temple was added to the National Register of Historic Places in 2000. 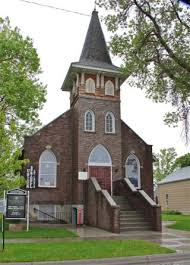 The Union Bethel African Methodist Episcopal Church (AME) in Great Falls, Montana, is one of the first built and longest- used churches for African-Americans in Montana and is crucial because it represents Blacks efforts to grow their community in the west. The church played a crucial role in the development of the Great Falls' Black community. After the emancipation of Blacks after the Civil War many freedman and women joined the nation migration west. The Union Bethel African Methodists Episcopal church was a monumental fixture in the Black community, and served as one of the first landmarks in the west where Blacks could congregate freely. The Union Bethel Church served as a diverse social and civil fixture in the Black community. The women of the church formed organizations to benefit the church and the community, including a Ladies' Aid society and a missionary group. Later some of the women in the Church formed the Dunbar Art and Study Club, which promoted literacy and did much to promote civil rights. In the 1950s the church reached a turning point when Black airmen brought in new Black residents. The Union Bethel AME Church is an interesting landmark in African- American history. Its location in Great Falls, Montana truly captures how wide spread the freedom movement in America was. The church was truly an important aspect of the Black community and served as a communal dwelling place of the Black residents of the area. So if you want a unique experience of African-American history, come to the Union Bethel AME Church. 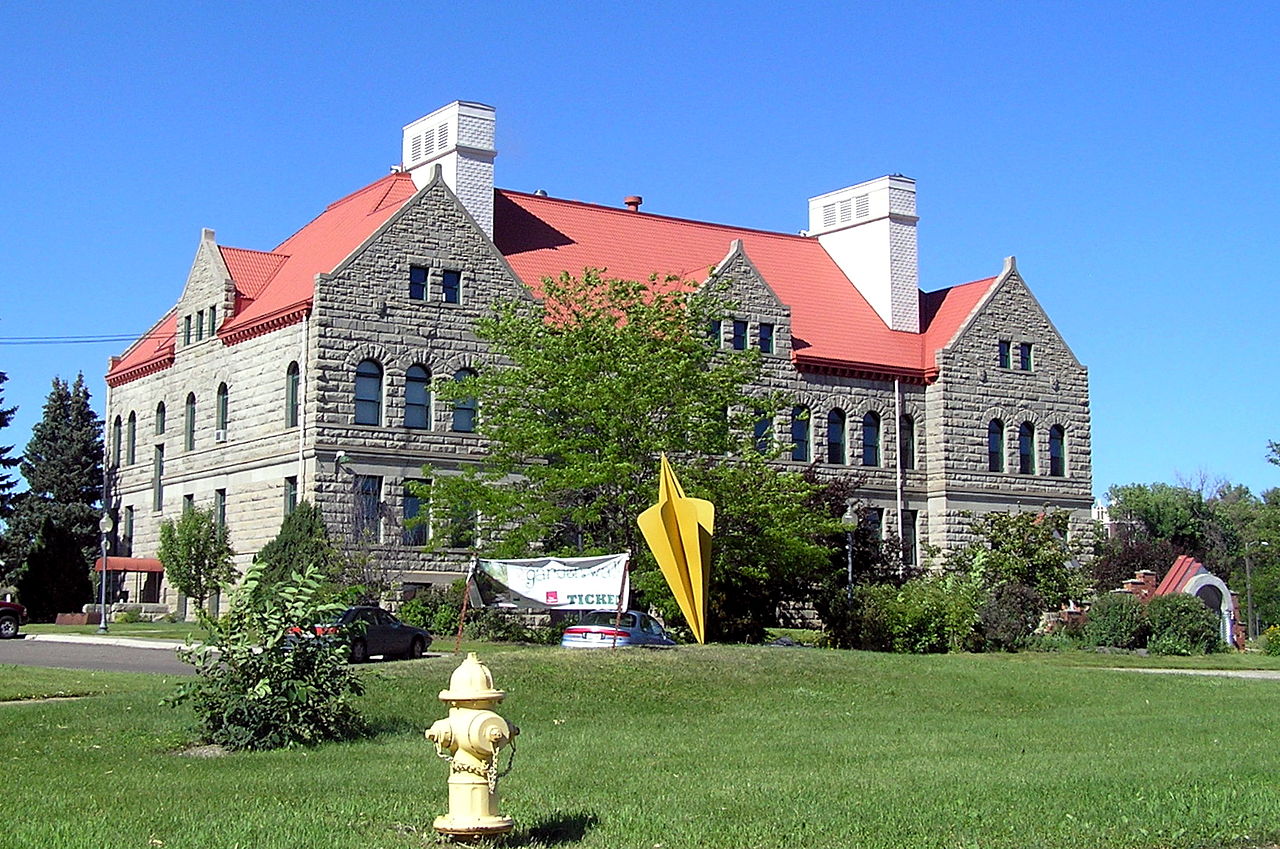 Opened in 1977, the Paris Gibson Square Museum of Art showcases contemporary art created by artists from Montana and the Northwest region. The collection consists of more than 800 works of art and also includes American Indian contemporary art, American self-taught art, and 234 sculptures created by self-taught artist Lee Steen. The museum is housed in the historic 1896 Great Falls Central High School building, which is listed on the National Register of Historic Places and is one of the state's best-preserved schools dating to the late 19th century. It operated as high school from 1896 to 1930 and junior high school from 1930 and 1975. The building is named after Paris Gibson (1830-1920), the founder of Great Falls and one of Montana's prominent business and political figures in the late 19th and early 20th centuries. Architect William White designed the old school in the Romanesque Revival style. 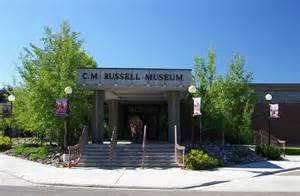 This museum offers visitors an opportunity to view the personal collection and learn more about the life of Charles Marion Russell, artist of the Old American West. Russell completed more than 3,000 paintings that seek to capture the essence of the American West. Russell was born on March 19th, 1864 in St. Louis Missouri and died in Great Falls, Montana at the age of 62 on October 24th, 1926.

This tour starts with the place of entry for new arrival and residents of Great Falls for many decades, the Chicago, Milwaukee, and St. Paul Passenger Depot. The tour includes the statue of Paris Gibson, the county courthouse, several historic downtown buildings, the community's AME Church, and museums dedicated to history and art. Also, be sure to check out nearby Clio entries like the Ursuline Center and Collins Mansion.