This complex of Adobe structures has been home to the Harwood Museum of Art since 1998. The museum traces its roots to 1923 when Elizabeth Harwood and Taos artists and business leaders established a non-profit foundation that helped to promote and showcase Taos artists and their work. Harwood and her partners acquired the adobe structures here in the years that followed, and the Harwood Foundation created a place where local artists could work in an artistic environment. From 1929-1937, the University of New Mexico partnered with the Harwood Foundation to support Taos, and the university built the present-day library and auditorium within the property in the late 1930s. Elizabeth Harwood resided at the property until her death in 1939. In 1976, this complex was listed on the National Register of Historic Places for its architectural significance and its connection to the history and culture of Taos, New Mexico. In 1998, the property was converted into the Harwood Museum of Art. The museum displays various art exhibits that commemorates Native American and Hispanic artwork created by local artists. One of the most notable exhibits at the museum is dedicated to the life and work of New Mexican painter, Agnes Martin (1912-2004).

The Home of Taos Art: The Harwood Museum of Art 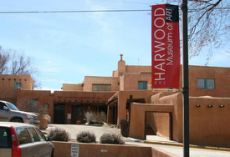 Blast from the Past: The Harwood Foundation's Front 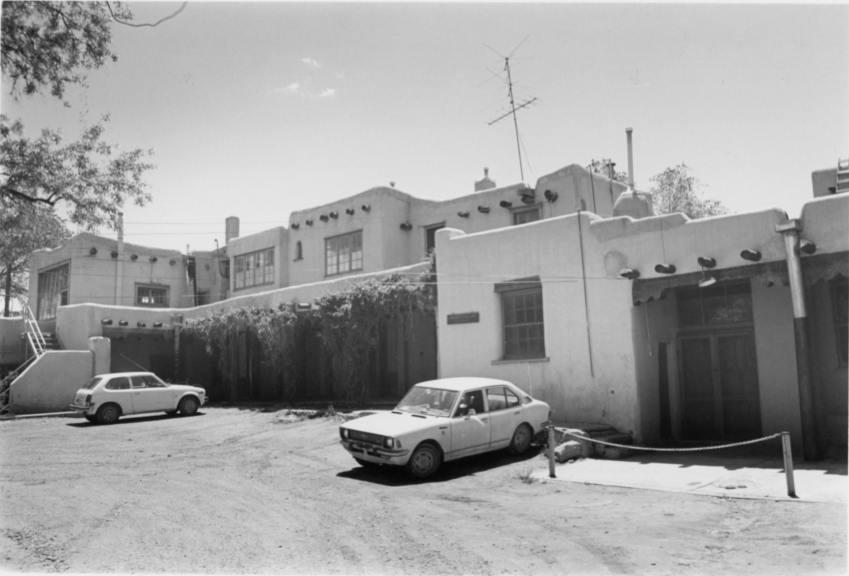 Blast from the Past: The Harwood Foundation's Back 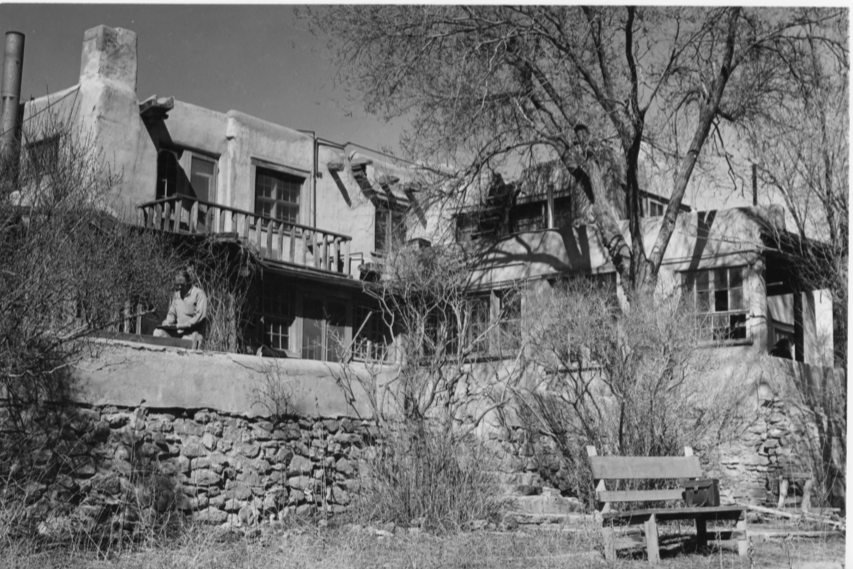 Fine Arts: One of the Museum's Many Exhibits 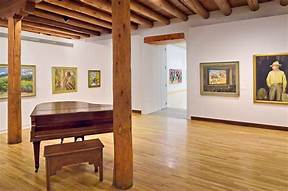 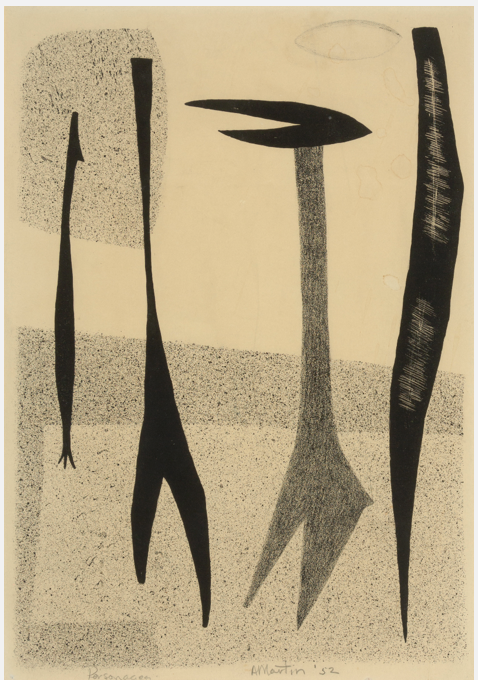 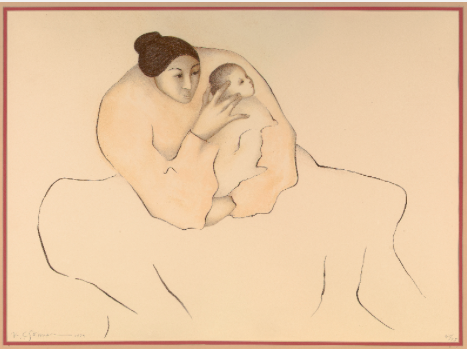 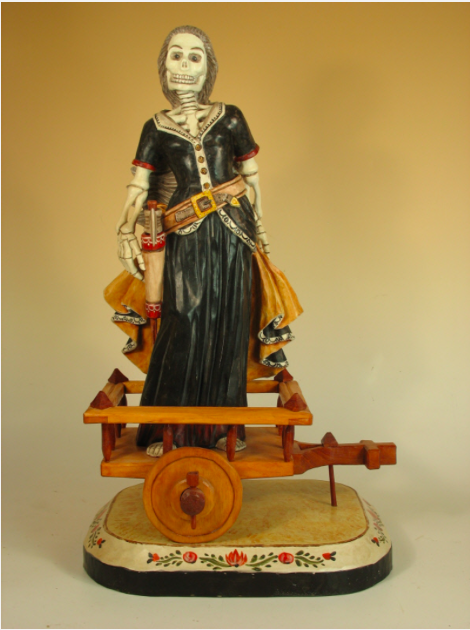 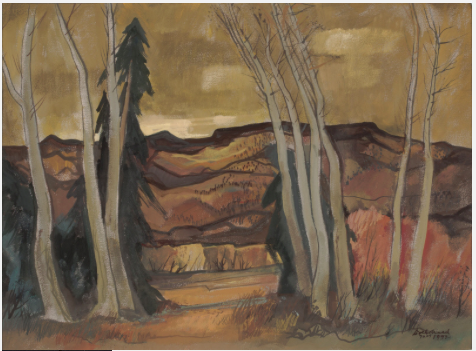 Prior to its acquisition by the Harwood family, the property was owned by New Mexican pioneer, Smith H. Simpson (1833-1916). He widely traveled throughout the western of the United States, and eventually, he enlisted in the U.S. Army in New Orleans. Simpson served with disctintion during the Ute War in 1855, and he was promoted to the rank of sergeant. After the war, he traveled to Taos, New Mexico, and he was discharged from the army in 1859. He settled in Taos where he befriended fellow fur trappers and entrepreneurs. At one point, Simpson served as a clerk for American frontiersman, Kit Carson during the military campaign against the Ute Indians. In 1861, Simpson purchased the first portion if the property from Rosa Lorentina y Trujillo, and it served as his principle home. Two years later, he married Josefa Váldes, a young socialite from the a well-to-do family in Taos. The couple had seven children, but two died during their infancies. Due to Native American depredations, Simpson returned to the military and served his final tour from 1864-1866. Later on, Simpson engaged in several ranching and farming ventures, and he served a term in the 18th New Mexico Territorial Legislative Assembly. After Josefa's death in 1908, Simpson deeded the property to his surviving five children and grandchildren, and in 1916, Simpson passed away.

Simpson's children sold the property to Burrit and Elizabeth Harwood in 1916. The Harwoods were heavily involved with the Taos art colony and the Taos Society for Artists, an organization that helped put Taos, New Mexico on the map and spread the word about artwork from Taos. Paintings and other pieces of artwork created by artists in Taos mostly utilized Taos landscape and Native Americans as inspiration. Before they purchased property, the Harwoods were in Paris, France with Burrit studying painting in a French university, but they were forced to return to the United States due to the outbreak of WWI. The Harwoods wanted a place where they can further pursue their artistic endeavors, and they were to convinced to move to Taos after New Mexican artist, Ernest L. Blumenschein told them about the Taos art colony. After Burrit's death in 1923, Elizabeth wanted to convert the property into an art institution where talented people could live and work in an atmosphere conducive to creativity. The same year, Elizabeth and member of the Taos business and artist community founded the Harwood Foundation. Elizabeth's partners in the non-profit organization included New Mexican artists, such as Bert Geer Phillips and Victor Higgins. Elizabeth and her partners envisioned for the Harwood Foundation to have a library, a cultural center, and an art center where local artists could showcase their artwork.

Between 1929-1937, the University of New Mexico partnered with the foundation to further aid local artists, craftsmen, writers, and poets and develop the property. By 1935, Elizabeth used all of her financial resources to keep the foundation alive, and she eventually deeded the property to the university of New Mexico for a monthly income. Elizabeth lived at the property until her death in 1938. Afterwards, the university's ownership was transferred. Between 1937-1940, the present-day library and auditorium at the property were built with W.P.A and a Carnegie Foundation grant. In addition, art patroness and humanitarian, Mabel Dodge Luhan donated volumes of books to the library and various Hispanic and Native American artifacts. For some years, the University of New Mexico's Department of Fine Arts conducted a summer school in which the students and faculty lived at the property, but due to financial hardships and faulty wiring and plumbing, the program was discontinued. The University of New Mexico had applied for an Economic Development Administration grant, which was needed to refurbish the physical plant of the Foundation. Plans had been made to survey the educational needs and desires of the Taos community and to use the results in determining the role of the Harwood Foundation for future use.

In 1976, the complex was added to the National Register of Historic Places. In 1998, the property became the Harwood Museum of Art when its library was moved to a separate location. Currently, the museum houses several exhibits showcasing Native American and Hispanic artwork created by local artists in the area. One notable exhibit on display is dedicated to New Mexican painter, Agnes Martin (1912-2004). Originally born in Canada, Martin mostly pained in an abstract expressionism, and she was awarded a National Medal of Arts from the National Endowment of the Arts in 1968. Martin's artwork is mostly comprised of biomorphic paintings with subdued colors, and her inspiration came from the landscape and people she had encountered during her time living in Taos, New Mexico. Originally moving from Canada to Taos under grant from 1955-1957, Martin was so encapsulated with Taos that she moved to Taos and lived in that area until her death in 2004. In addition to the museum, visitors can attend the gift shop where they can purchase items relating to the museum and items made by local artists and craftsmen.