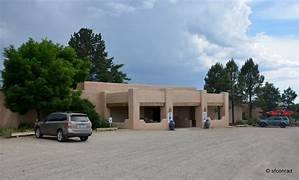 The Woman Behind the Museum: Millicent Rogers 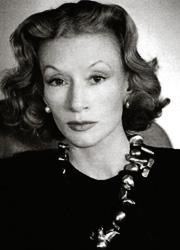 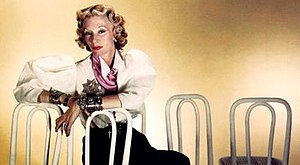 The Man Who Started the Museum: Paul Peralta-Ramos

One of the Many Exhibits of the Millicent Rogers Museum 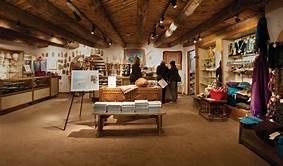 Some of the Religious Artifacts at the Museum 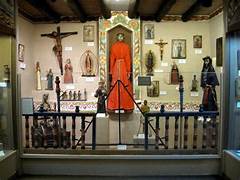 Mary Millicent Abagail Rogers was born February 1, 1902 to Mary Benjamin and Henry Huttleston Rogers II. Rogers was an heiress to her grandfather, Standard Oil tycoon Henry Huttleston Rogers' wealth and fortune. Her grandfather was also the co-founder with John D. Rockefeller of the Standard Oil Trust. Rogers grew up in different places in New York, such as Tuxedo Park and Manhattan. As a child, Rogers developed rheumatic fever, and doctors believed she would not survive past the age of 10. Even though Rogers lived beyond her doctors' predictions, she would continue to suffer medical conditions caused by the rheumatic fever, such as several heart attacks, double pneumonia, and a crippled arm.

Despite her medical issues, Rogers grew up upper-class, and she developed a taste for fashion. During her adolescence and young adult life, she became a huge socialite in New York. Rogers attracted the attention of photographers, clothing designers, and fashion magazine due to her exquisite and distinctive fashion taste. She was featured in numerous magazines, such as Vogue, Vanity Fair, and Harper's Bazaar. Rogers was referred as the "best dress woman of all-time" during her socialite days in New York. At one point, she lived in Anton, Austria and remained in Europe until WWII broke out. Between the 1920s-1940s, Rogers married three times. She was married Austrian Count, Ludwig von Salm Hoogstraeten from 1924-1927, and the marriage produced a son, Peter Salm (1924-1994). Her second marriage was to Arturo Peralta-Ramos from 1927-1935, and their marriage produced two sons, Arturo (Jr.) (1928-2015) and Paul Peralta-Ramos. Her final marriage was to American stockbroker, Ronald Balcom from 1936-1941. However, Rogers was said to be in relationships with actor, Clark Gable and authors, Roald Dahl and Ian Fleming.

In 1947, Rogers moved from New York to Taos, New Mexico because she believed that the Taos air and climate would help her with her declining health. Also, Rogers has said that during her move, she felt heart-broken over Clark Gable. Rogers was quickly intrigued with the Native Americans and Hispanic immigrants and their culture. She discovered talent, design, and humanity through their art. Soon, she started collecting Native American and Hispanic art, such as ceramics, pottery, textiles, jewelry, sculptures, and figurines. In addition, she would design and make jewelry pieces with famed designer, Charles James, and the duo would make jewelry pieces inspired by the Taos Native Americans and Hispanics and use materials, such as turquoise, pearls, onyx, natural stones, coral, and silver. Her jewelry even included imagery inspired from what she saw in Taos, such as crosses, dragonflies, and snakes. Rogers became one of the first celebrities to advocate for Native American civil rights. She even successfully lobbied for Native American art to be classified as historic and protected. Rogers even helped securing Blue Lake for Taos Pueblo. Due to all of her activism, Rogers was often known as the "jewel of the Southwest." In 1953, Rogers passed away in Santa Fe, New Mexico due to her multiple health conditions at the age of 51.

After Rogers' death, her youngest son, Paul opened the Millicent Rogers Museum in 1956 where he displayed his mother's collection of Native American and Hispanic art and jewelry. In 1968, the museum was moved to its current location. Rogers' friends, Claude and Elizabeth Anderson donated their traditional hacienda, which created the unique setting for Rogers' collection. In 1984, the museum was renovated by architect, Nathaniel Owings. Today, Today, the museum still procures Native American and Hispanic art in Rogers' honor and her mission to celebrate the enriching cultures that make up Taos, New Mexico. The museum offers educational tours and lectures about Native American art, inspirational women of New Mexico, and exhibits dedicating to famed artists from New Mexico. The museum also offers a space to rent for events, online exhibits for people to view the museum's procured art through their computer or phones, and education programs for classroom and homeschooling environments. Inside of the museum, it has a gift shop where visitors can buy Native American and Hispanic jewelry, artwork, pottery, and baskets. The museum has received accreditation from the American Association of Museums.