This brick building at 111 Twenty-Second Street was once home to Le John Manufacturing Company, a maker of electrical products best known for its tabletop fans. Le John was established in Huntington in 1947 by Sam Politano, Herbert Caldwell, and Carl Edmonds. Along with electric fans, the company manufactured small household appliances like hairdryers and heaters, and they also contracted with the government to offer a range of electrical equipment. Le John was a successful business in its early years, but industry consolidation in manufacturing made it difficult for local factories to compete with industry leaders by the late 1950s. In 1957, the company was purchased by Dumont-Airplane and Marine Instruments of Clearfield, Pennsylvania. The Huntington plant closed and Le John moved to Clearfield the following year, and the company declared bankruptcy soon after. Today, Le John fans are popular among antique fan collectors, and many are still in use. The long-vacant Le John factory may eventually be redeveloped as part of a plan to revitalize Huntington’s Highlawn neighborhood. 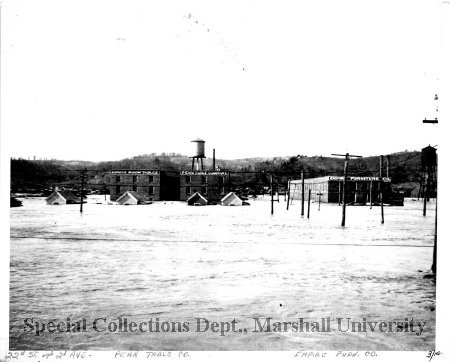 Inside the Le John factory 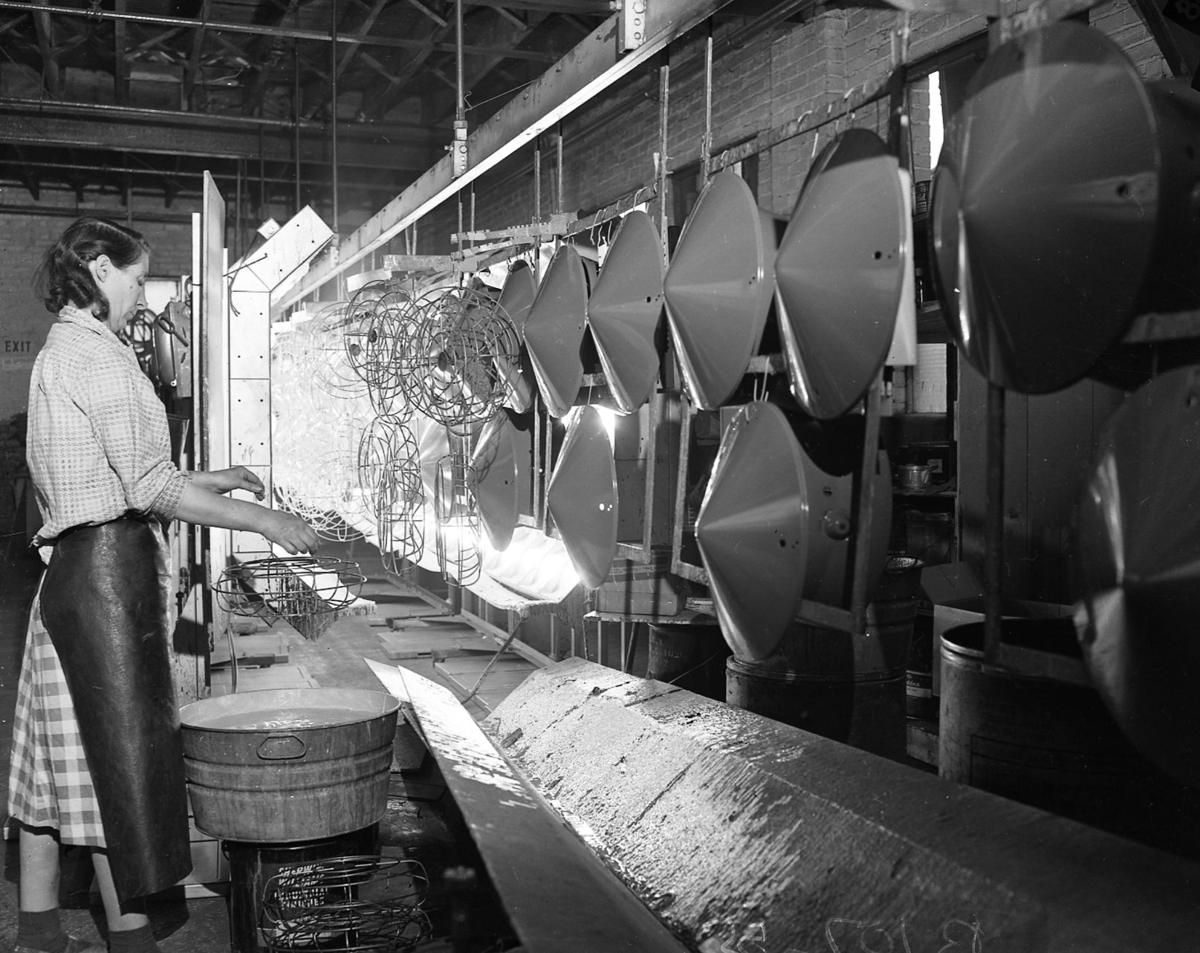 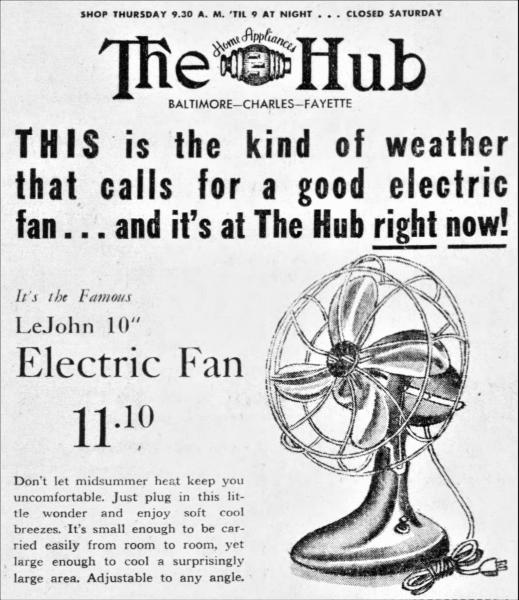 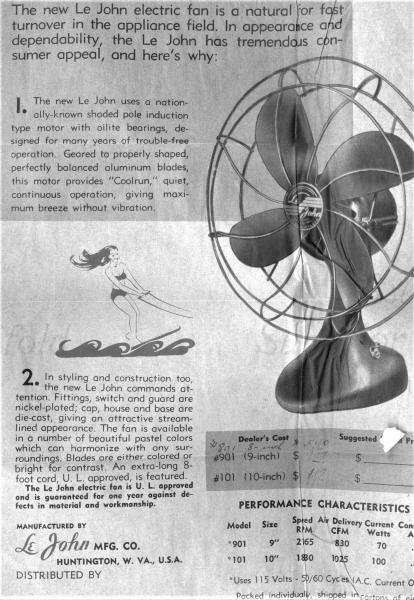 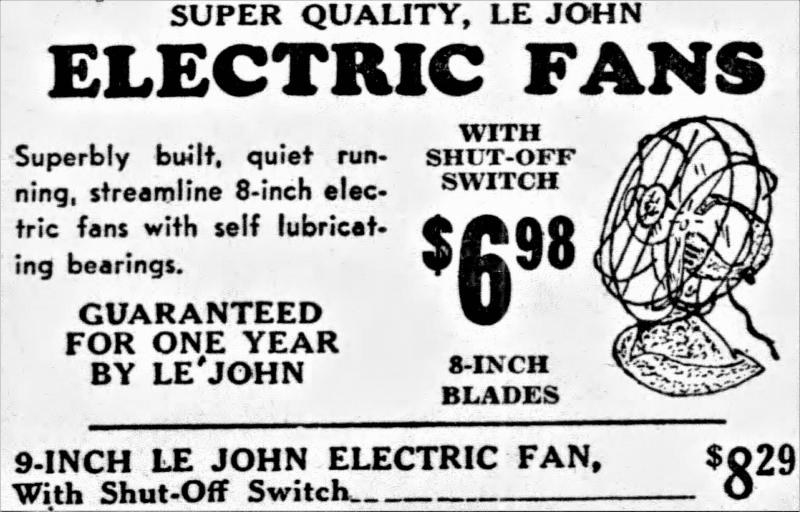 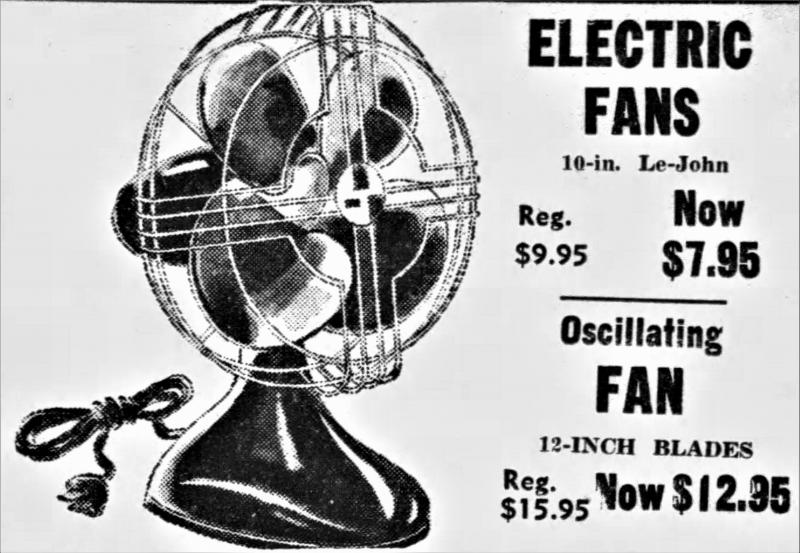 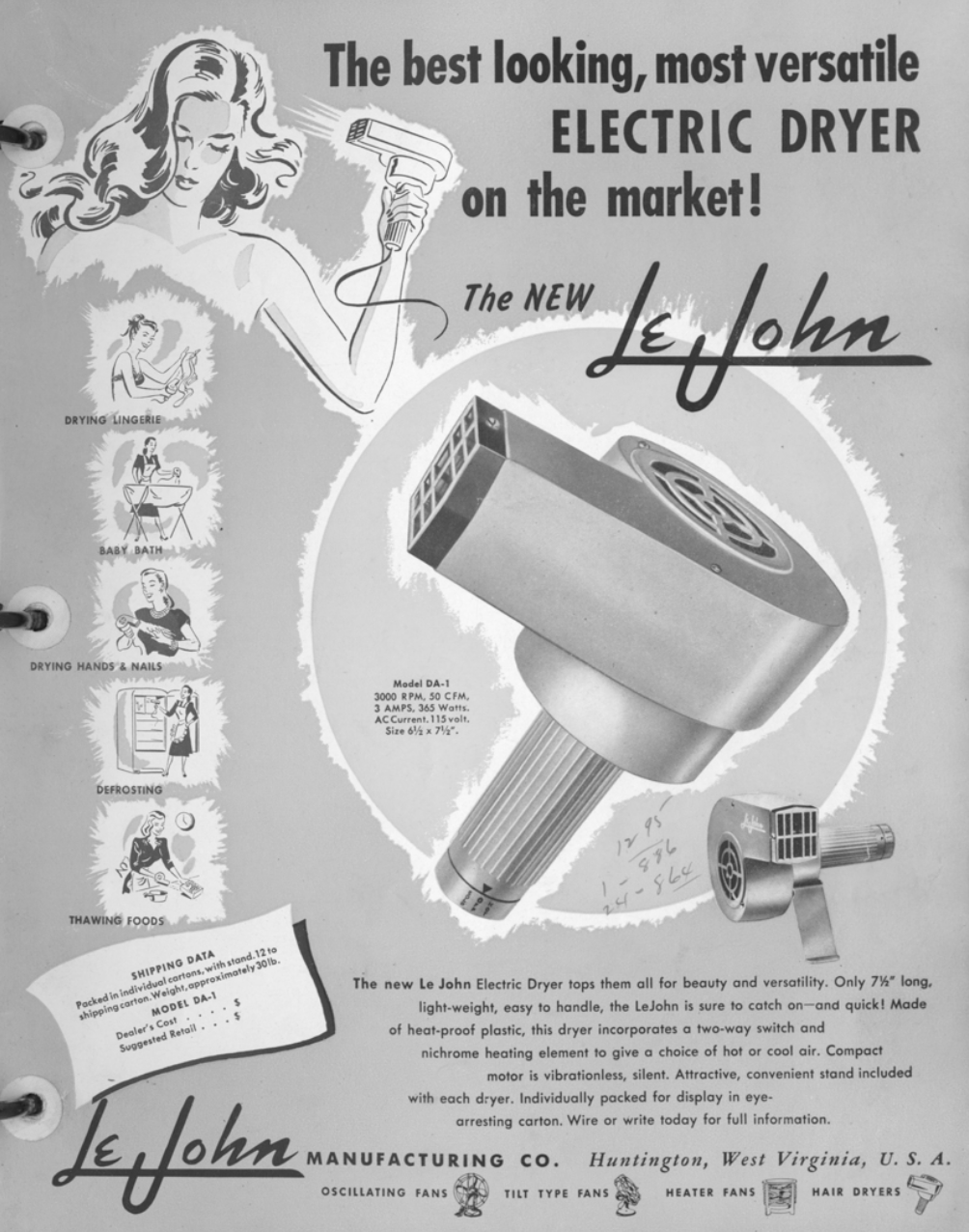 Ad for hassock-style fan, which also worked as a heater, 1949

Ad for hassock-style fan, which also worked as a heater, 1949 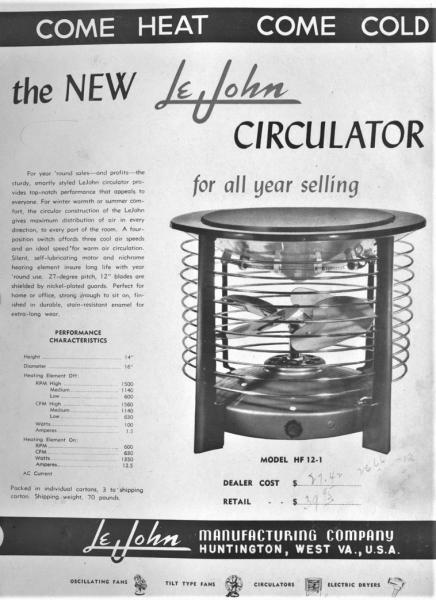 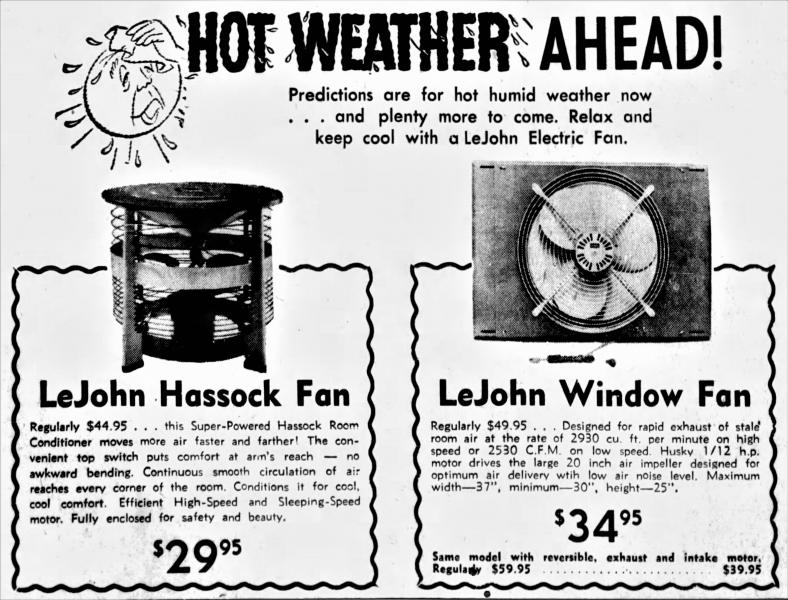 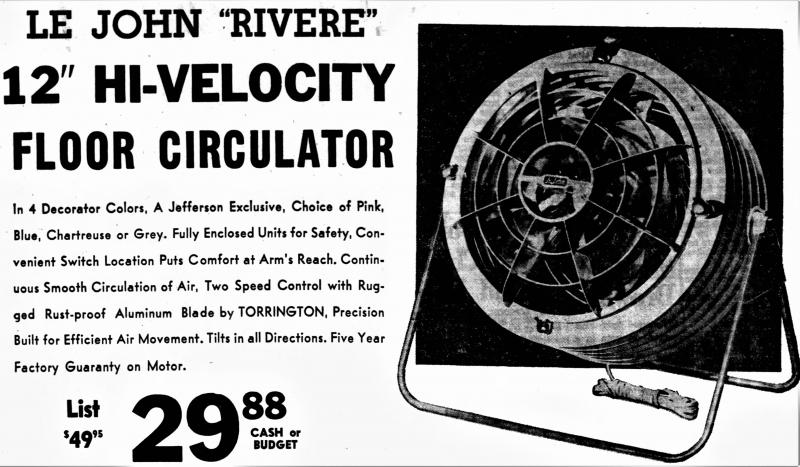 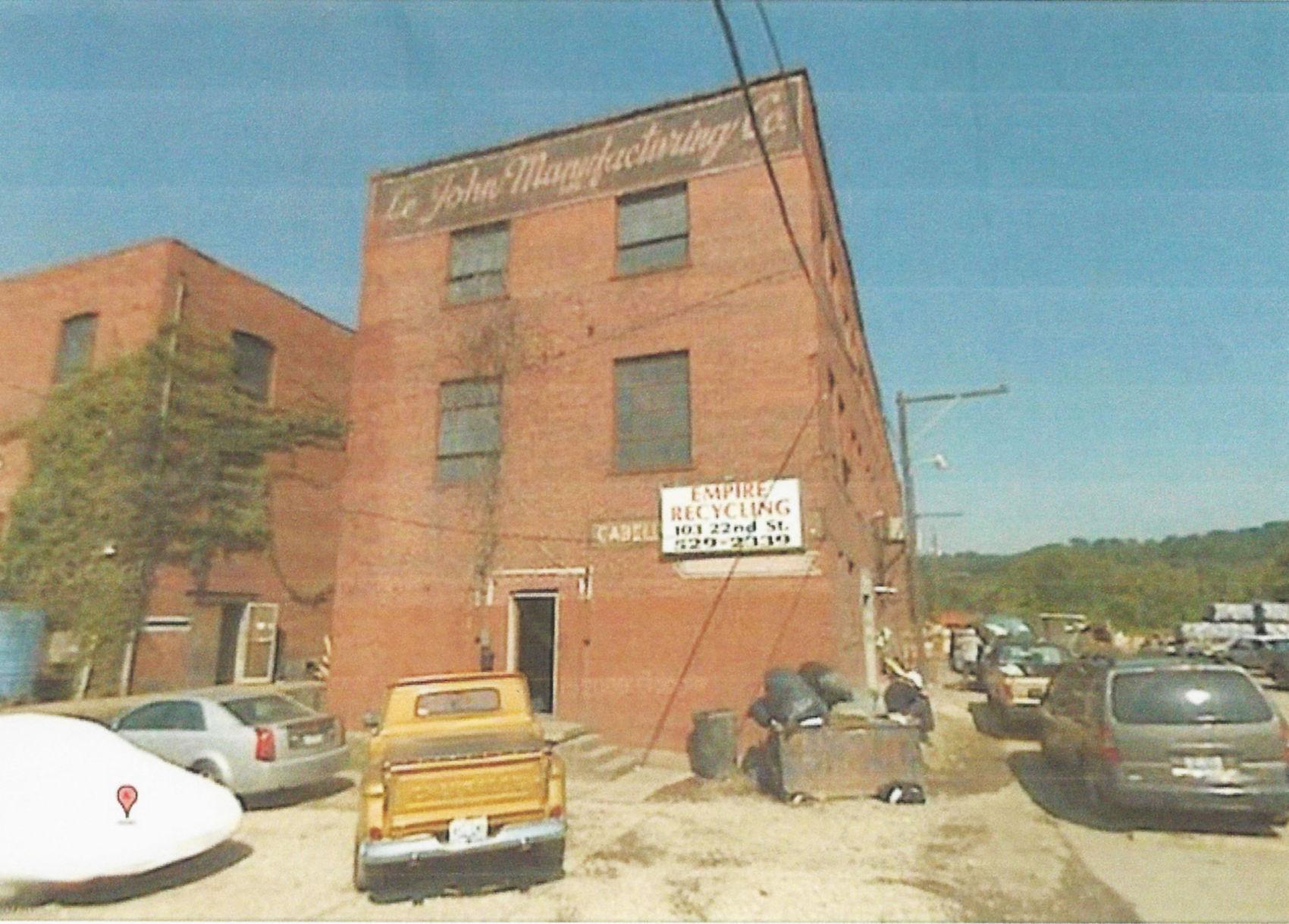 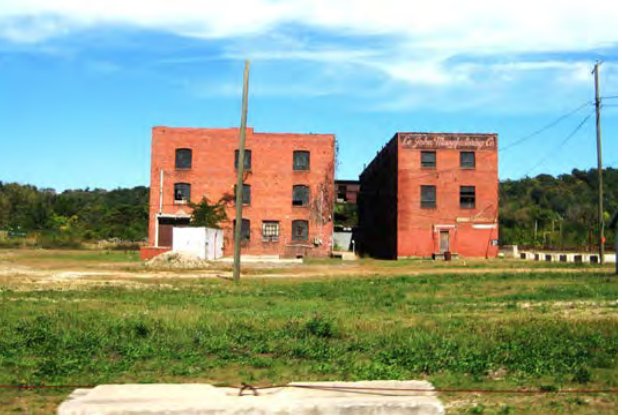 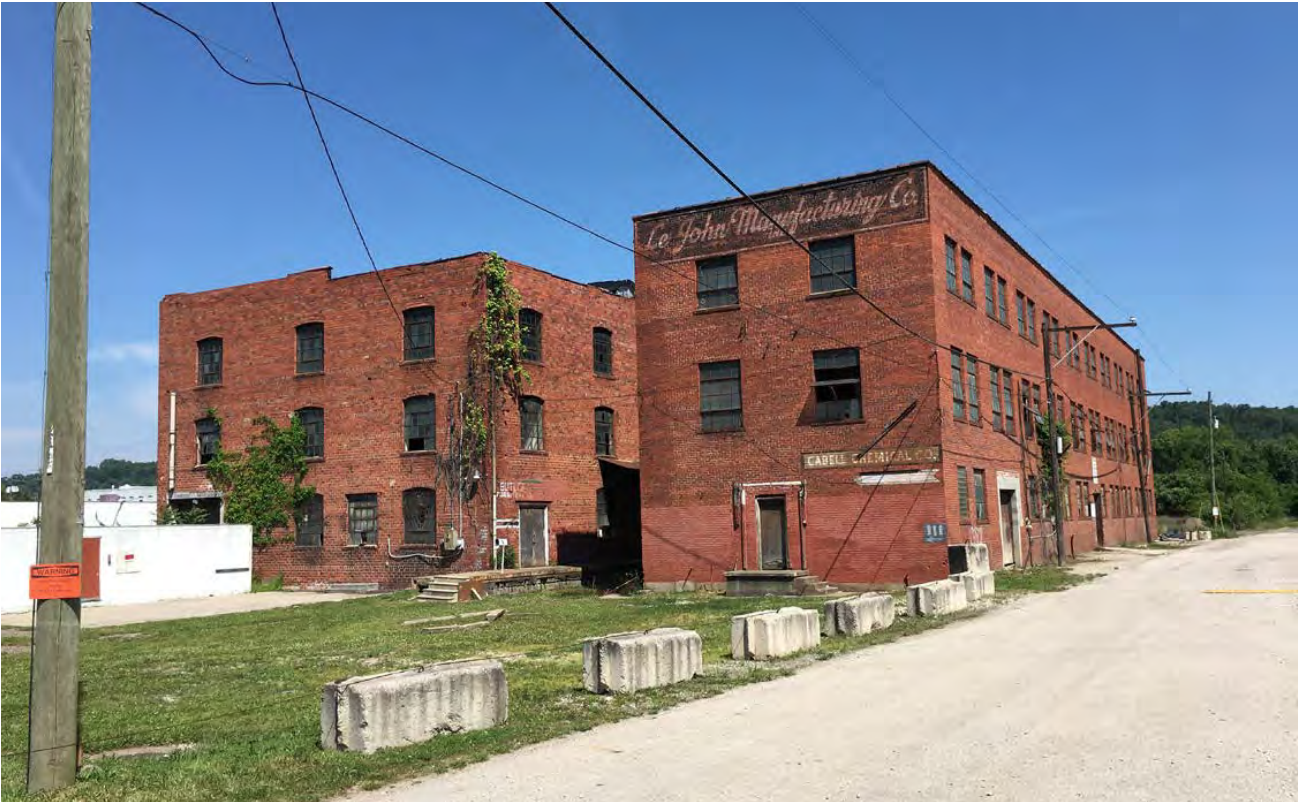 From the late 1800s through much of the twentieth century, East Huntington’s Highlawn neighborhood was a busy manufacturing district. The northwest corner of Twenty-Second Street and Second Avenue, which holds the vacant Le John building today, was the site of industrial activity since the late nineteenth century. Around 1905, a furniture manufacturing factory was built at the site at 130 Twenty-Second Street. The firm began as the Empire Furniture Company, founded by the Biggs-Probst Furniture Company, and remained in operation until the early 1930s. At that time, the factory came under new ownership, but it continued to manufacture furniture as the Huntington Furniture Corporation. The company, whose name changed to Georgetown Galleries in 1946, operated until 1959. Meanwhile, the Cabell Chemical Company, a pesticide reformulation facility, was opened at 101 Twenty-Second Street around 1945.

In 1947, the Le John Manufacturing Company was established at 111 Twenty-Second Street. The company was organized by Sam S. Politano, who became its president; Herbert T. Caldwell, who became its comptroller; and G. Carlton Edmonds, who served as its sales manager. While searching for contracts to manufacture fans, the three partners came across the opportunity to compete for a new Navy fan contract. The company was able to secure the contract due to a fortuitous coincidence, according to an account by Carl Edmonds’ son. When Edmonds was sent to Washington to inquire about the contract, he encountered an officer whom he had known while serving in WWII. The officer let Edmonds know about the kind of testing that would be done to the fans submitted for evaluation, and as a result, the fan that Le John built was able to pass the tests and was selected by the Navy.

By the time that Le John was founded, electric fans were already a mainstay in domestic and industrial settings. In 1886, Schuyler Wheeler made the first electric fan, which was essentially a metal blade attached to a motor that used direct current. Used in large offices or wealthy homes, these early fans were uncommon and expensive. In the 1890s, fans with alternating current motors were introduced, along with fan cages that protected the expensive appliance from damage. By the turn of the twentieth century, oscillating fans, which turn from side to side, began to appear on the market. Over the next twenty years, electric fans became increasingly smaller and quieter for residential use, and manufacturers began using steel and later aluminum as brass shortages occurred due to World War I. In the late 1920s, General Electric released a design with overlapping blades, which made fans much quieter. Manufacturers also introduced a variety of new materials, colors, and styles for their fans at this time. During World War II, most fan factories were repurposed for the war effort, and few electric fans were made for civilians.

After securing the Navy contract, Le John created its first product line and entered the consumer market. The company decided to find manufacturer’s representatives in the major markets, since the sale of fans was highly seasonal and the reps could be paid by commission. In time, Le John had salespeople in most of the key markets: New York, Chicago, Atlanta, Dallas, and Miami. With its sales force in place, Le John began selling fans at the major retailers like Macy’s and Montgomery Ward. The company was strategic with distribution, moving its products based on the forecasts for summer heat waves. While best known for its small, tabletop electric fans, Le John also made hassock-style fans and the powerful Direct-Aire model of window fans. Along with fans, Le John also produced hair dryers and hassock-style heaters, and made electrical equipment for the military and the postal service.

By the 1950s, however, air conditioning was becoming more and more common in homes. Although the market for electric fans did not disappear entirely, demand shrunk and made it increasingly harder for smaller companies like Le John to compete against industry leaders such as Westinghouse, General Electric, and Emerson. In December of 1957, Le John was purchased by Dumont-Airplane and Marine Instruments of Clearfield, Pennsylvania, as the first in a planned series of acquisitions. Dumont was a manufacturer of various types of capacitors along with electrical equipment for the U.S. government. In 1958, Le John’s Huntington plant was closed and its equipment was moved to Clearfield. Shortly after the move, however, both Le John and Dumont declared bankruptcy. Today, Le John fans can be found in antique shops and online, and many are still functional. The Le John building in Huntington is also still standing, although it has been vacant for several years. It was most recently occupied by Empire Metal Recycling, a metal recycling and salvaging facility. The property is part of a plan to redevelop the Highlawn neighborhood, and may eventually be repurposed.