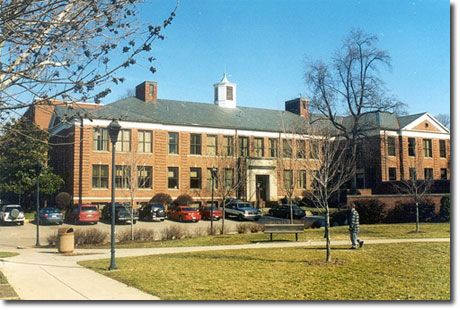 This building was constructed in 1937 and known as Jenkins Hall until 2020. The building originally served as a laboratory school where enrollees of the college's teacher preparation program could teach students under the guidance of experienced teachers and their professors. The building was named in honor of Confederate General and Cabell County native, Albert Gallatin Jenkins. In 2020, the Board of Governors reversed a previous decision and voted unanimously to remove Jenkins' name in the wake of protests around the nation that were a response to the police killing of Goerge Floyd. Jenkins Hall was a functioning school for grades kindergarten through 12 until 1970 when it was repurposed to house Marshall University classes and offices. Today Jenkins Hall is the third oldest building on campus and houses a Learning Resource Center, a mathematics education laboratory, a science education laboratory, an electronic classroom, and the June Harless Center for Rural Educational Research and Development. 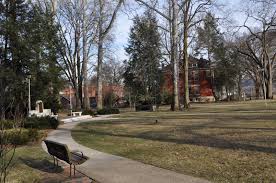 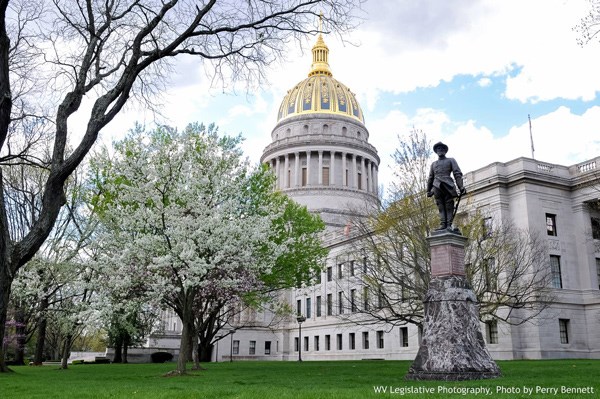 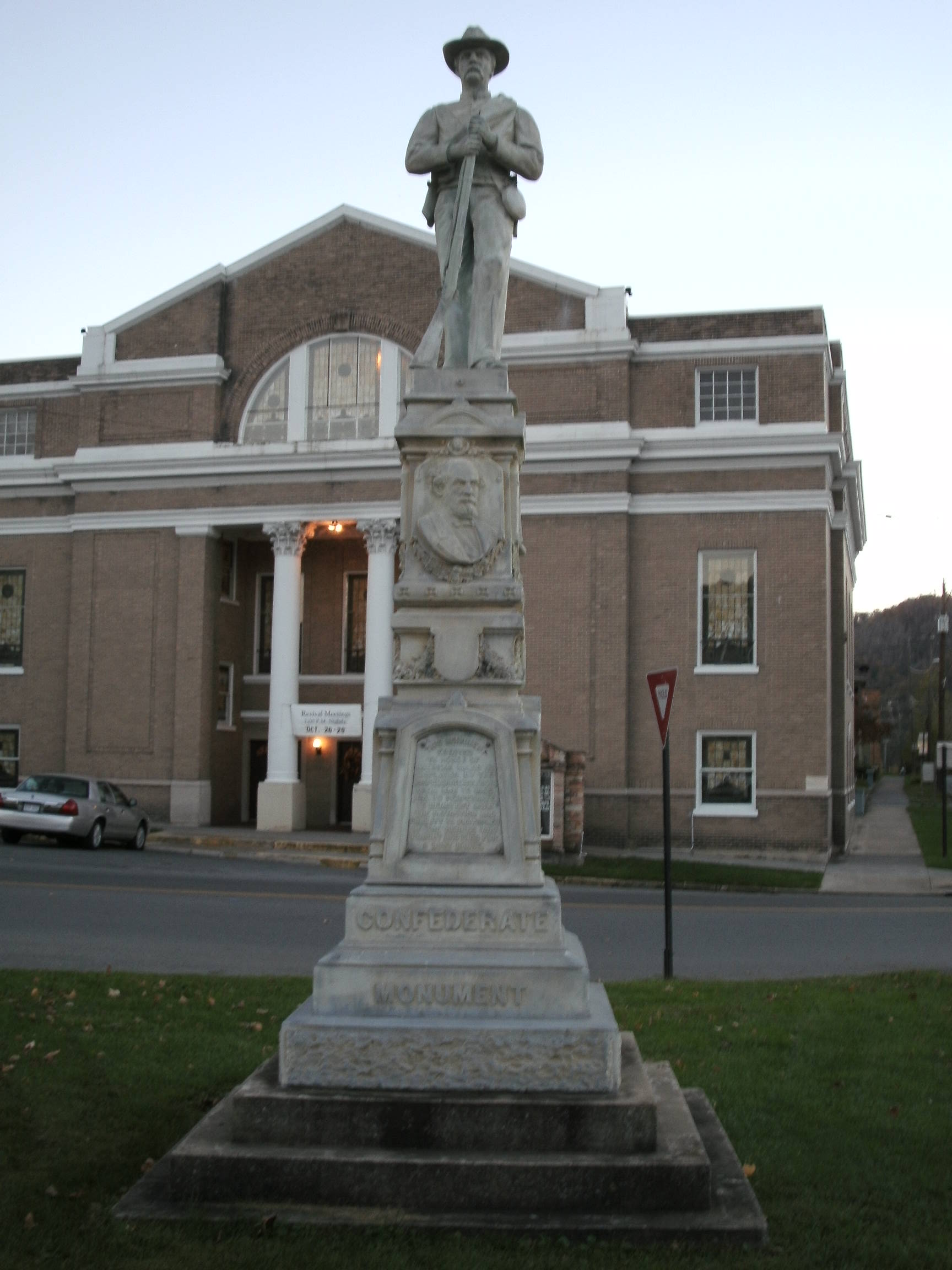 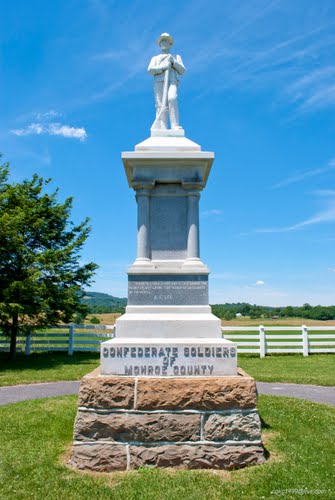 Monument to the Confederate Soldiers of Monroe County

This Confederate monument is located in a town named Union and within a state that was created as a rejection of secession. The monument features a Confederate infantryman on a white Italian granite base and was funded by area members of the United Daughters of the Confederacy. At the dedication ceremony in 1901, speakers who lauded the fortitude of Confederate soldiers who fought to uphold "Anglo-Saxon" ways of life.

During the Civil War, Greenbrier County firmly supported the Confederacy and several battles occurred in the area. In 1906, the United Daughters of the Confederacy dedicated a monument to Greenbrier County's Confederate dead. Originally located on the grounds of former Greenbrier College, the rerouting of Route 60 necessitated the relocation of the monument to its present location. In 2020, there were calls for the monument's removal or relocation to the nearby Confederate cemetery, but the city government ultimately decided against removal, promising instead to incorporate new interpretive signs around the monument.

In August 1861, General Robert E. Lee took command of Confederate forces in western Virginia. The Rebel army encamped around Valley Mountain, near Mingo, in Randolph County. The soldiers endured cold temperatures, incessant rain, and mud. Sickness ravaged the camps and many died. The Confederates left to assault Cheat Mountain, where they were defeated in September. In 1913, the United Confederate Veterans dedicated a monument to the Confederate soldiers of Randolph County and those who died in the camps at Valley Mountain. It was rededicated in 2013 by the Sons of Confederate Veterans. 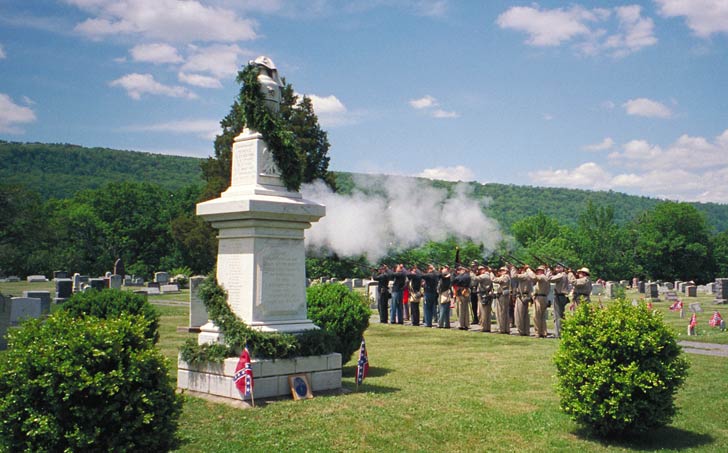 During the Civil War, most residents of Parkersburg and Wood County remained loyal to the United States, although approximately 500 local citizens enlisted in the Confederate army. At the turn of the century, the United Daughters of the Confederacy gradually raised several thousand dollars to erect a statue to Parkersburg's Confederate dead as part of their nationwide campaign to create monuments that would lionize the Confederate leaders and vindicate the antebellum South. A key part of the UDC's program was the dedication of monuments in prominent places within Border South communities. As a result, West Virginia saw the creation of more Confederate monuments than Union monuments in the early 1900s despite the state's unique history which begins with the rejection of Virginia's decision to leave the Union. Meeting in Wheeling, representatives of western Virginia counties created a pro-Union government and formally joined the United States as a new state in the middle of the war. This monument was dedicated in 1908 and the ceremony featured noted United Confederate Veteran speaker and Lost Cause advocate Bennett Young. The former Confederate raider said little of Parkersburg or West Virginia's history in his speech, and instead chose to praise the racially "homogenous" nature of the Confederate army when he proudly proclaimed its soldiers "constituted the most homogeneous organization that every bore the Anglo-Saxon name." The monument features a bronze Confederate sentinel atop a rough-hewn granite pedestal.