Designed by prominent Georgia architect G. Lloyd Preacher, the 8-story Richmond Hotel was constructed in 1923 on the site of the former Albion Hotel which burned in 1921. The building's design is of the Italian Renaissance Revival style indicated by the rectangular form, entablature, and rhythmic placement of the windows. Construction on the Richmond Hotel was completed in January of 1923 and was renamed the Richmond Summit in 1979. 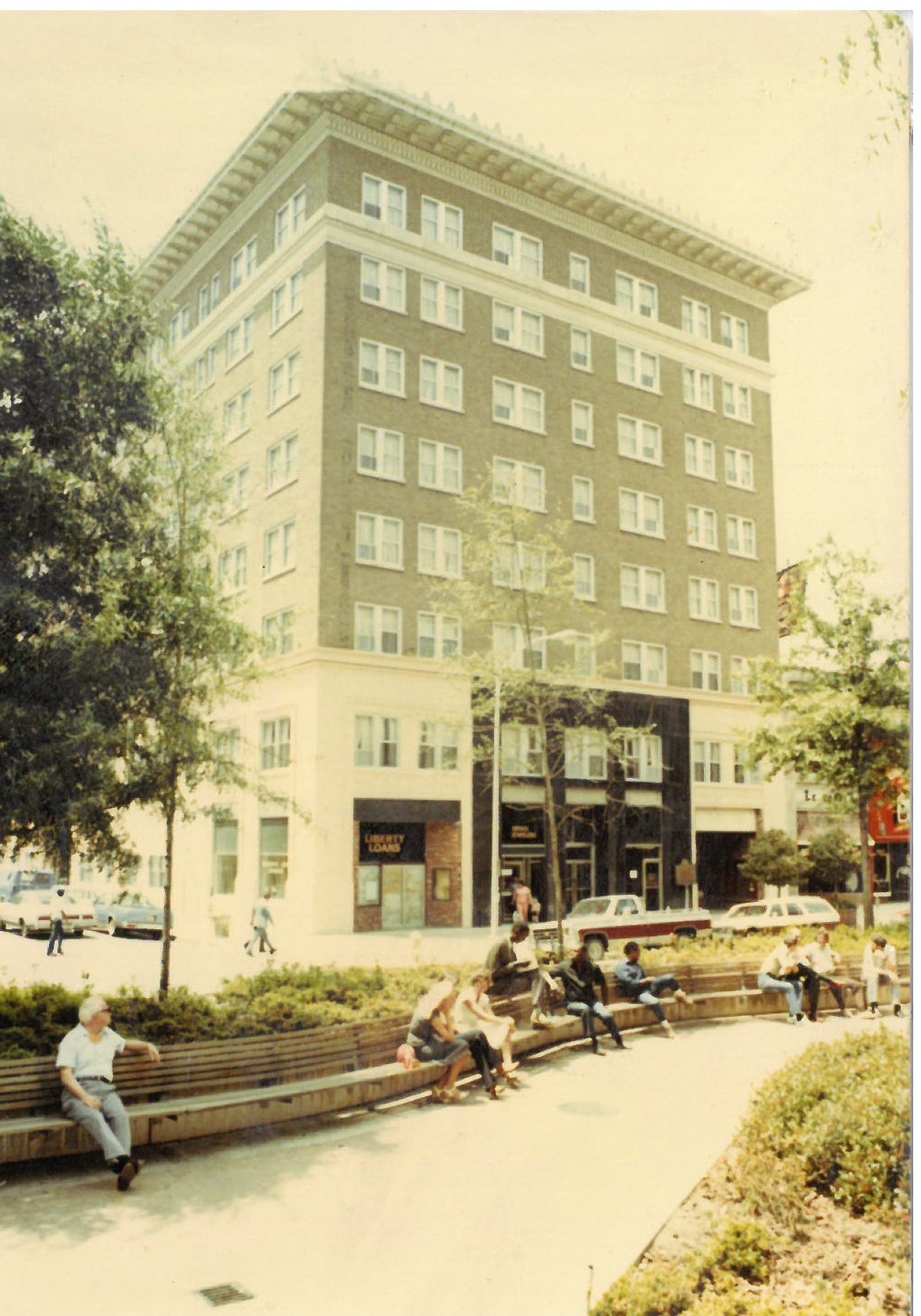 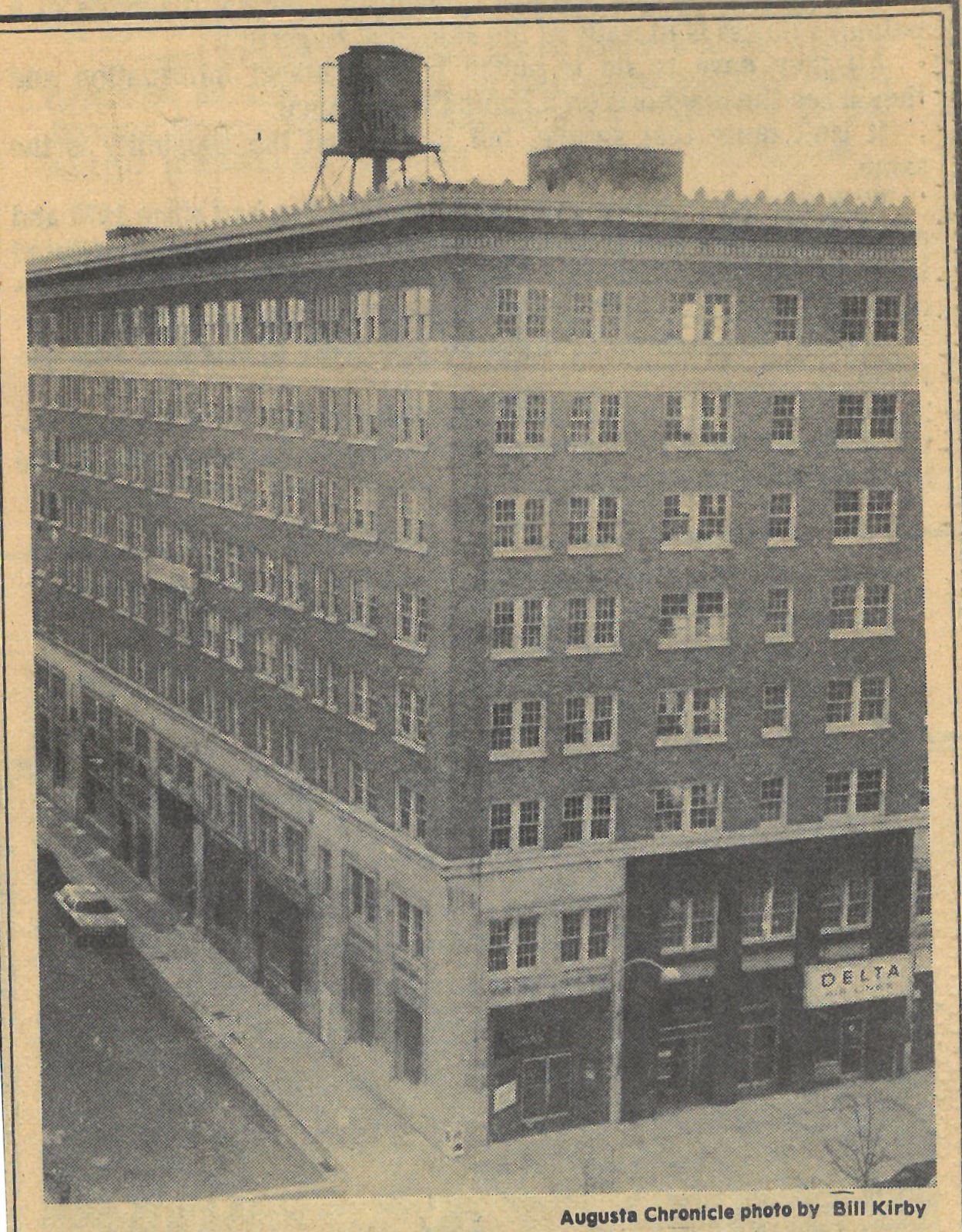 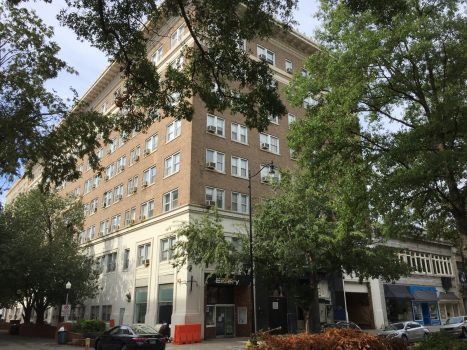 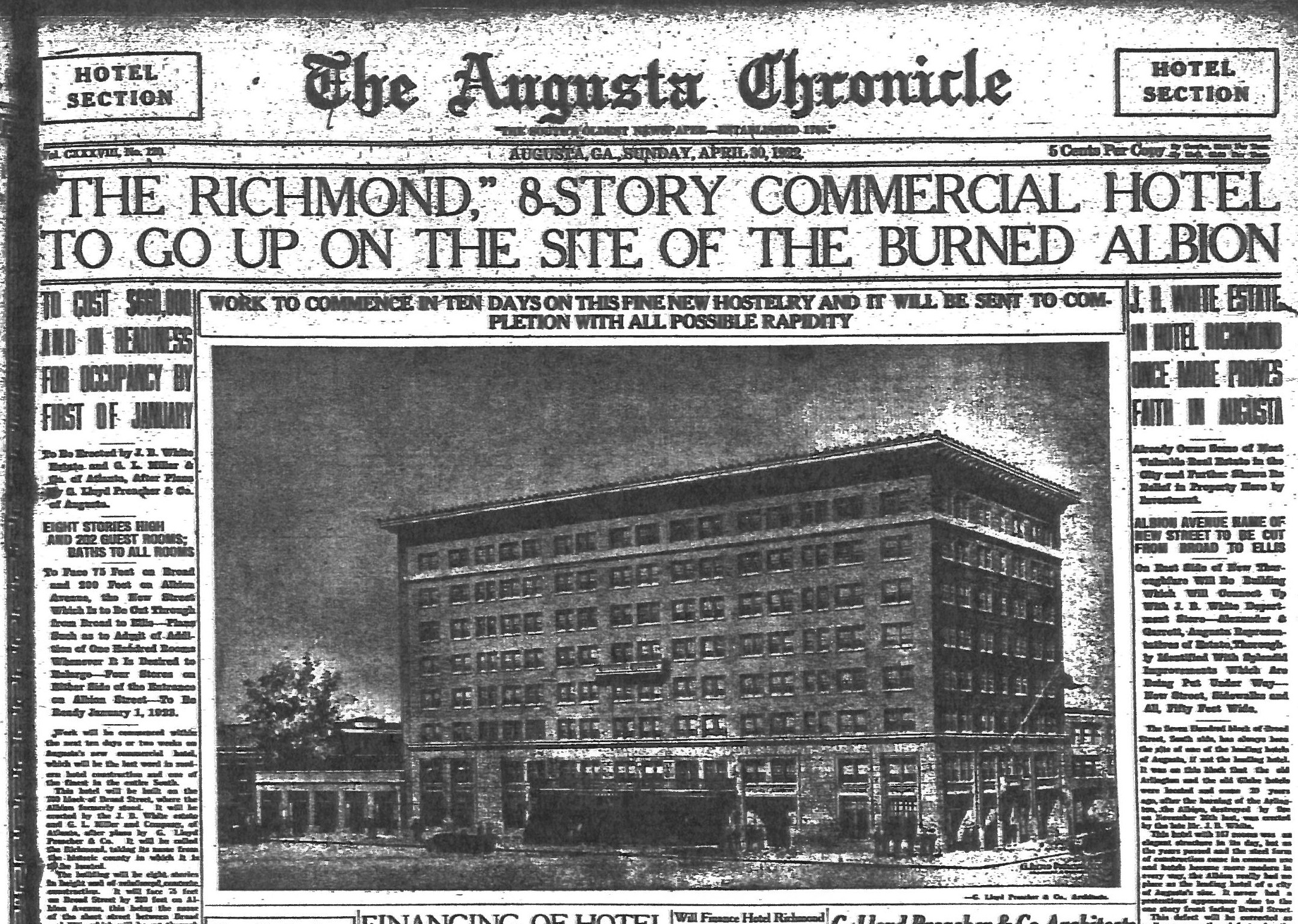 G. L. Miller and Company issued the bonds for the hotel’s construction as reported in the Augusta Chronicle on April 30, 1922, which cost $660,000 to build. The J. B. White Estate also played a role in the development of this significant downtown property. At the time the J.B Whites Department store was located adjacent to the Albion Hotel site and was damaged by fire as well. The estate invested in the hotel to prove their “faith in Augusta” and offer further improvements of the downtown infrastructure including sidewalks and streets that were fifty feet wide. A Chronicle article cited the Albion hotel as "having no place as the leading hotel of a city like Augusta," due to its modest appearance, and that the construction of the Richmond hotel would resolve the issue due to its 75 feet tall structure. The building was reported to be completed for occupation in January of 1923.

In 1979, the Richmond hotel was converted into 125 subsidized one-bedroom apartment units for the elderly each of about 600 sq feet. The first floor would host units to accommodate the handicapped and the remainder of the first floor would house commercial spaces. Albion Avenue was permanently closed to vehicular traffic in order to establish a resident courtyard.

In the early 21st century, the Richmond summit experienced an increased rate of crime and as well as a decreased quality of life for its residents. The issues have since then been resolved, and the Richmond Summit continues to provide subsidized housing to its residents.