The original building on the site was constructed in 1910 in the Mission style following a 1908 acquisition of land on Broad by the Union Savings Banking Company. An article in the Augusta Chronicle cited the building as "one of the prettiest buildings in the city." The furnishings were all of dark mahogany wood and the chandeliers were "the handsomest that have been seen in the city." 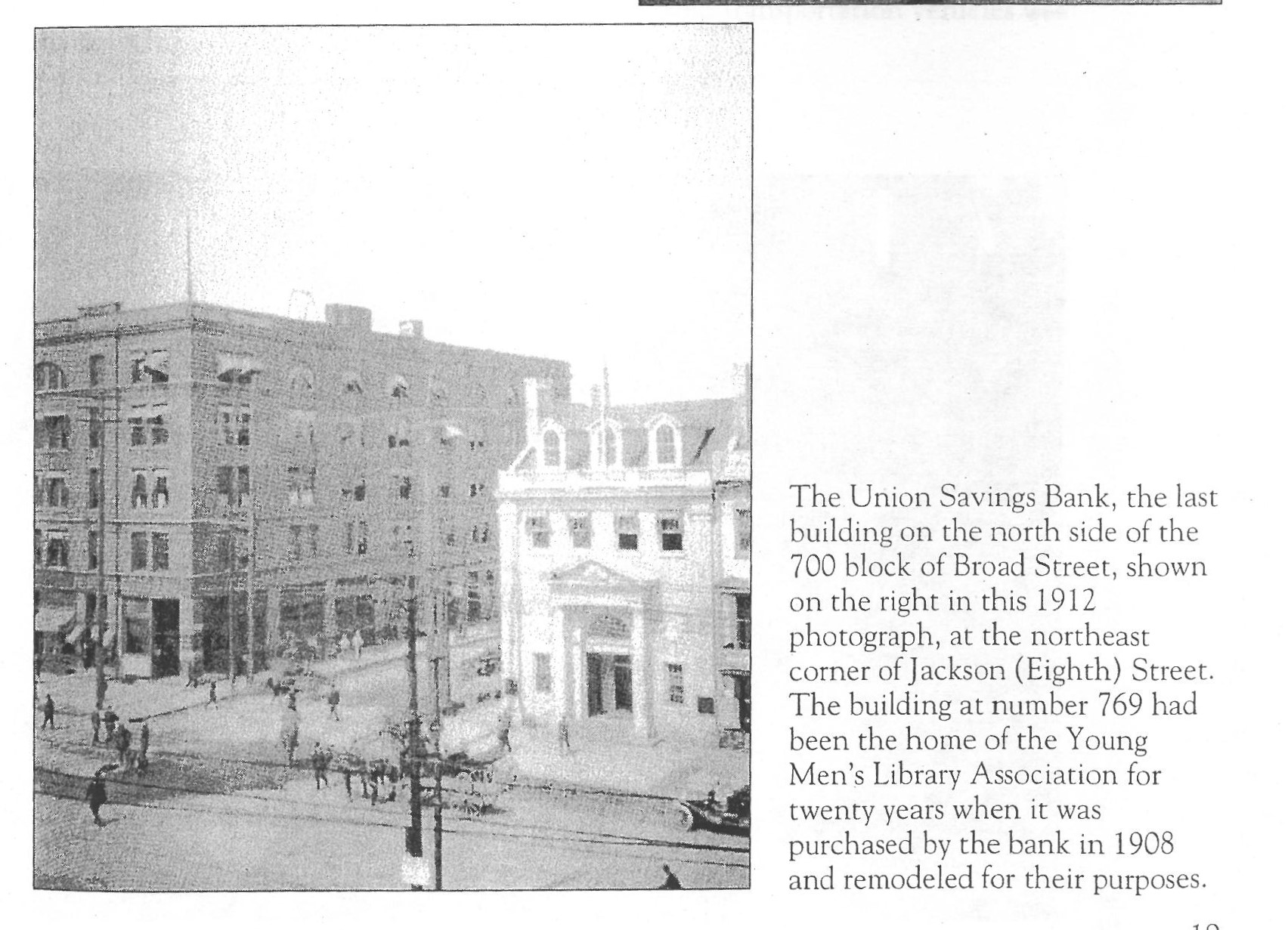 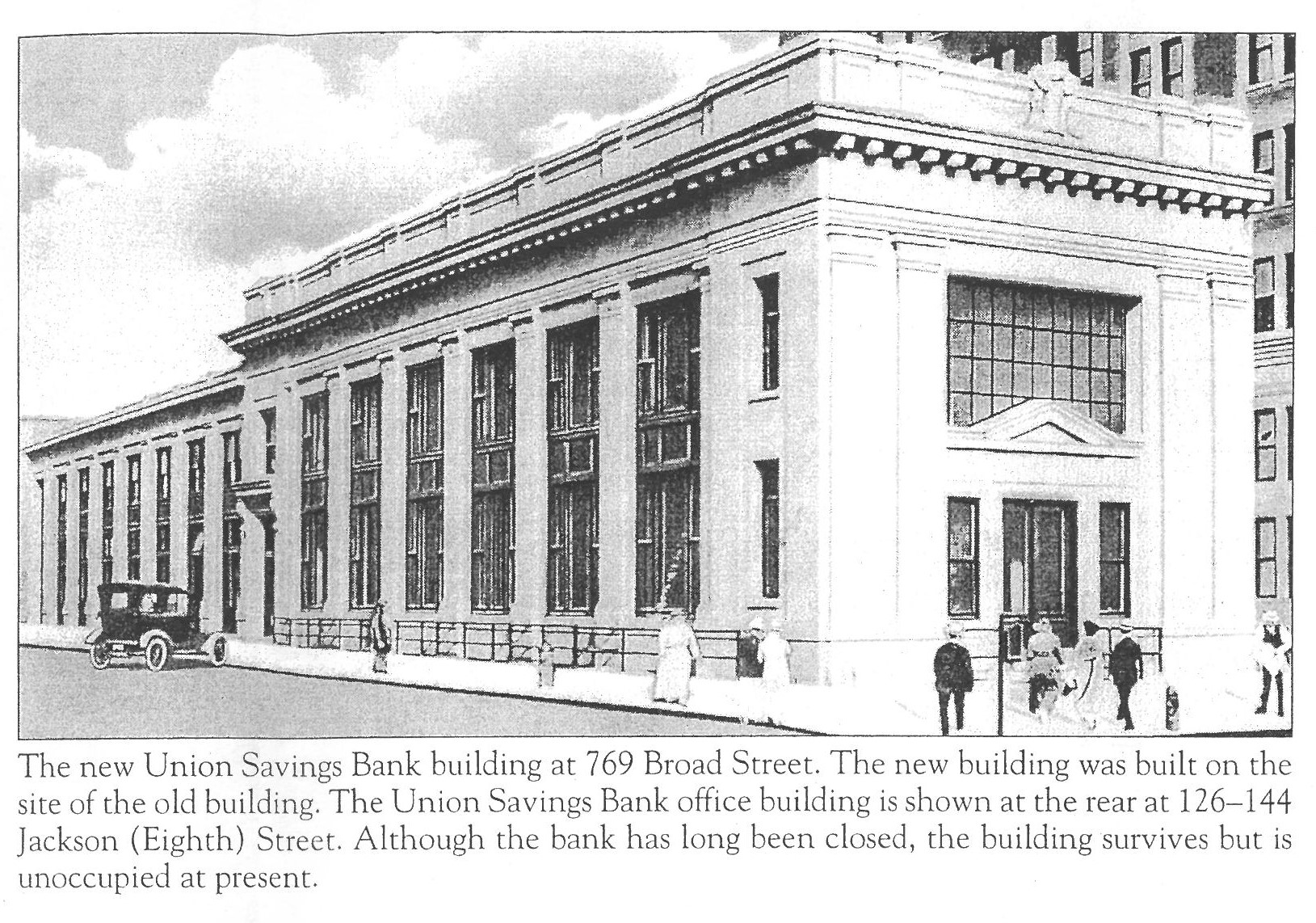 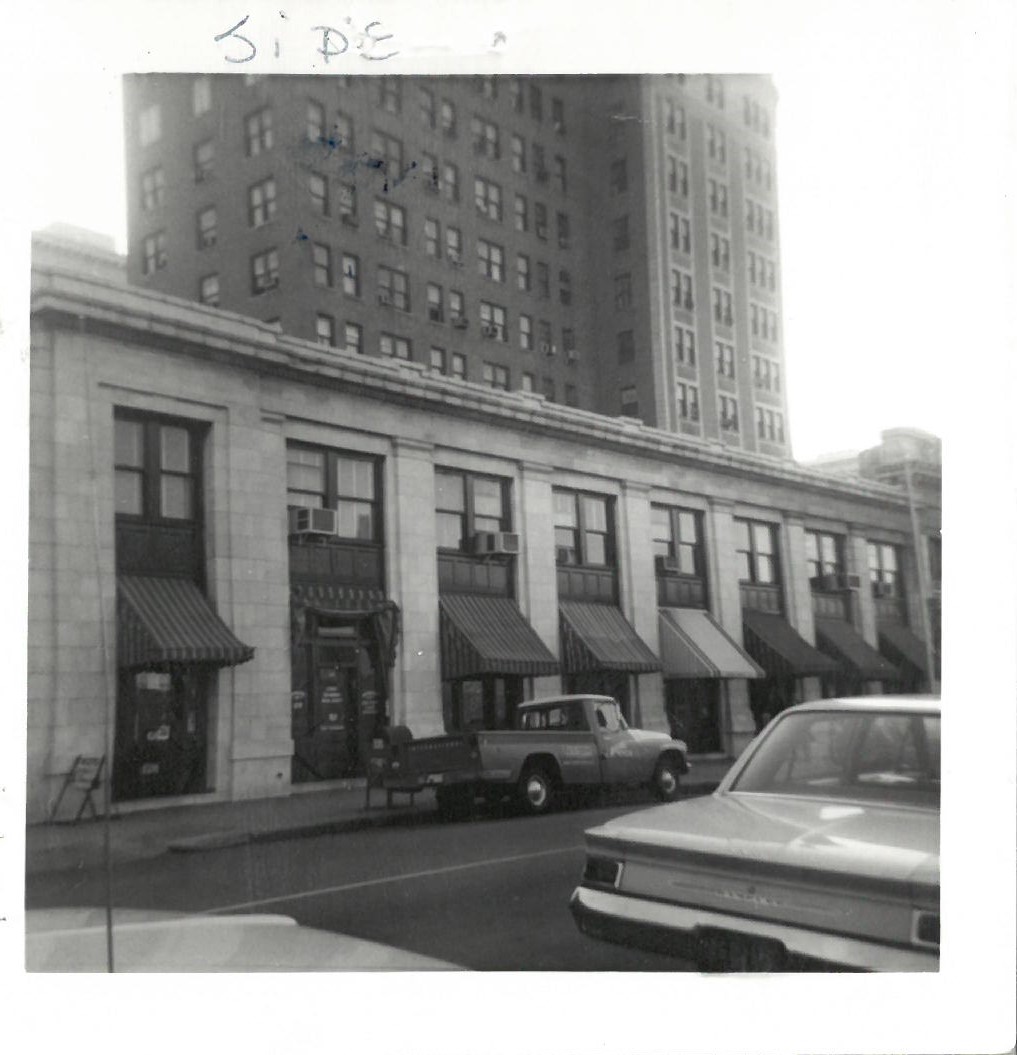 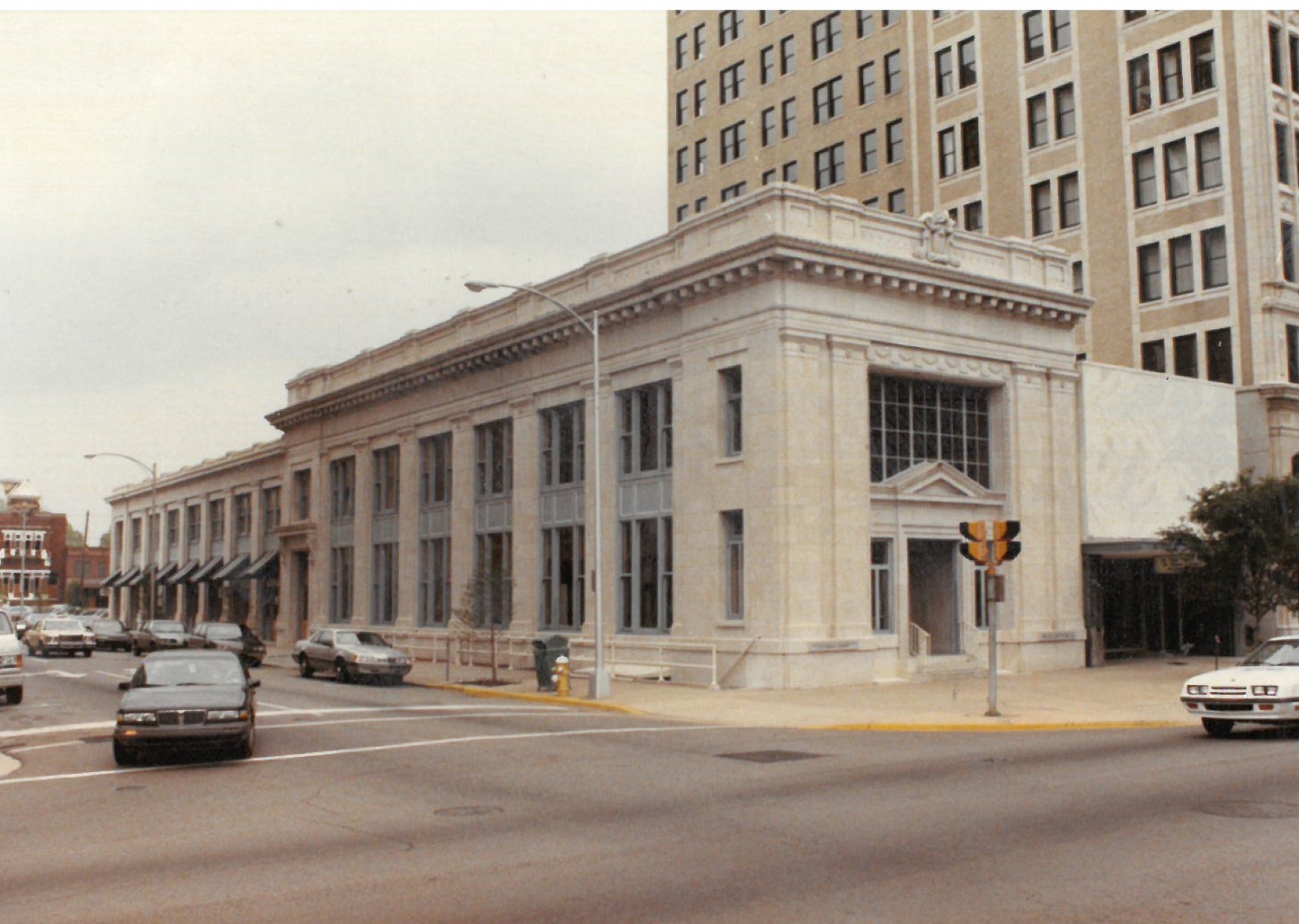 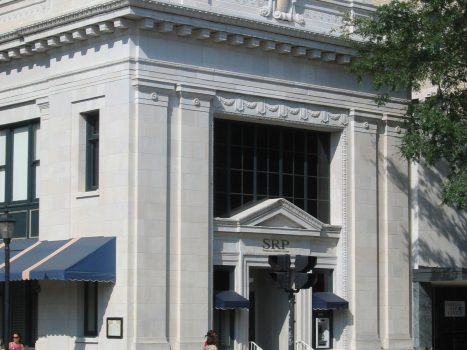 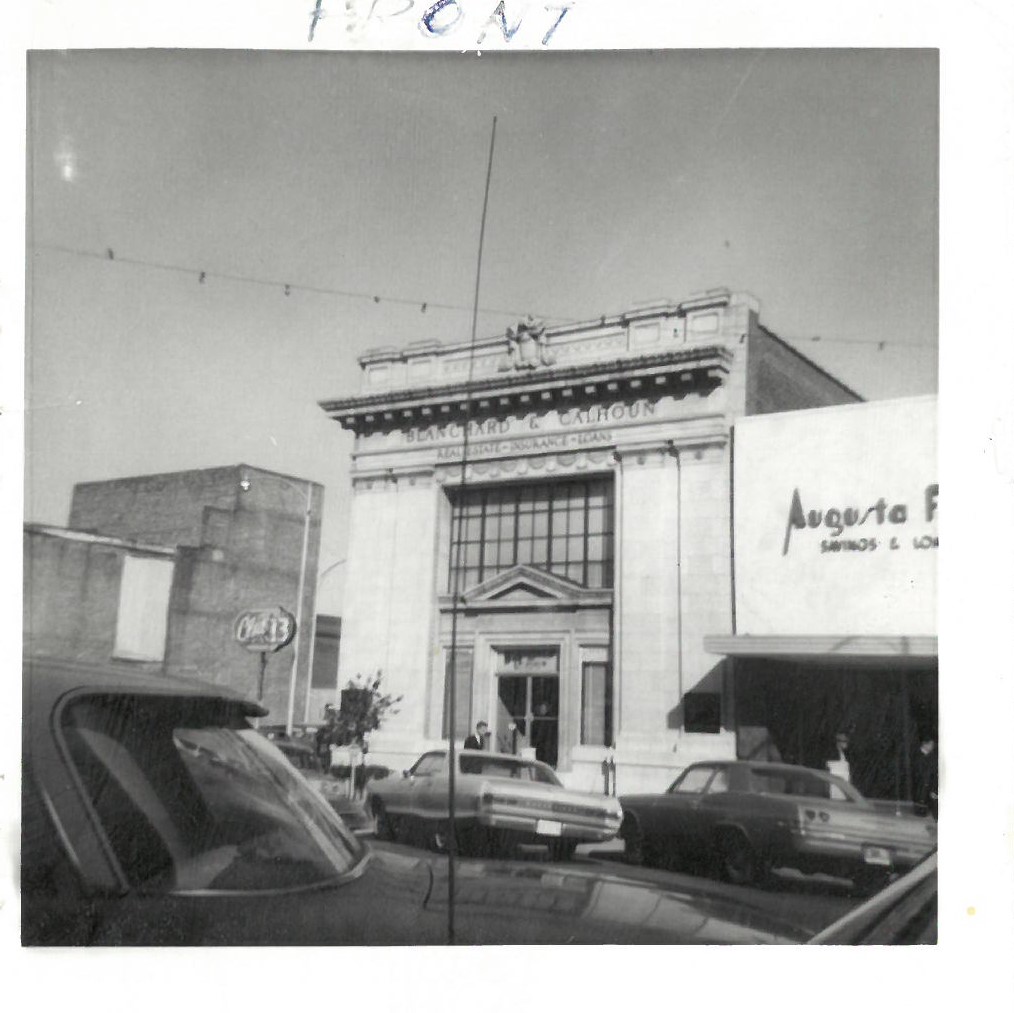 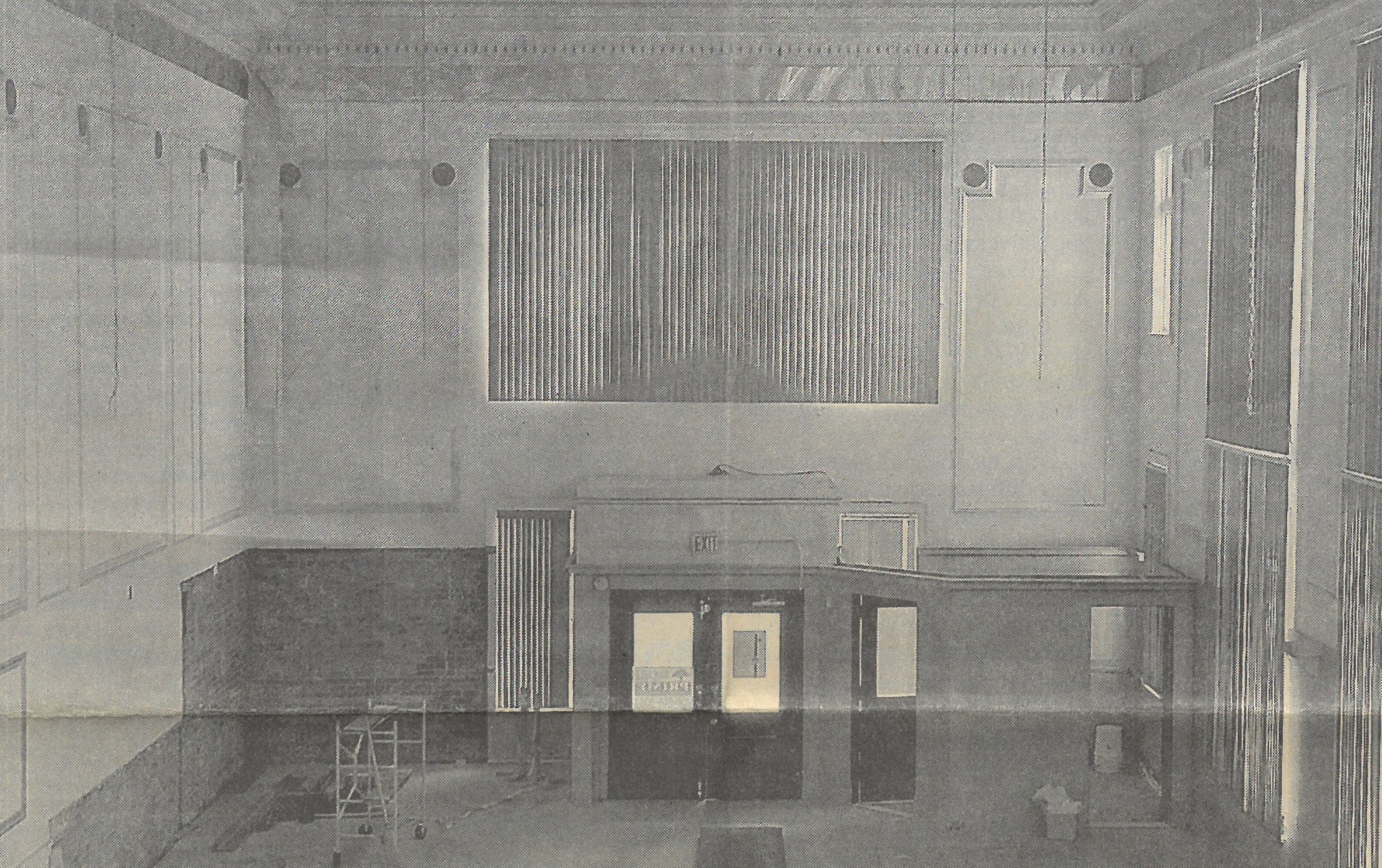 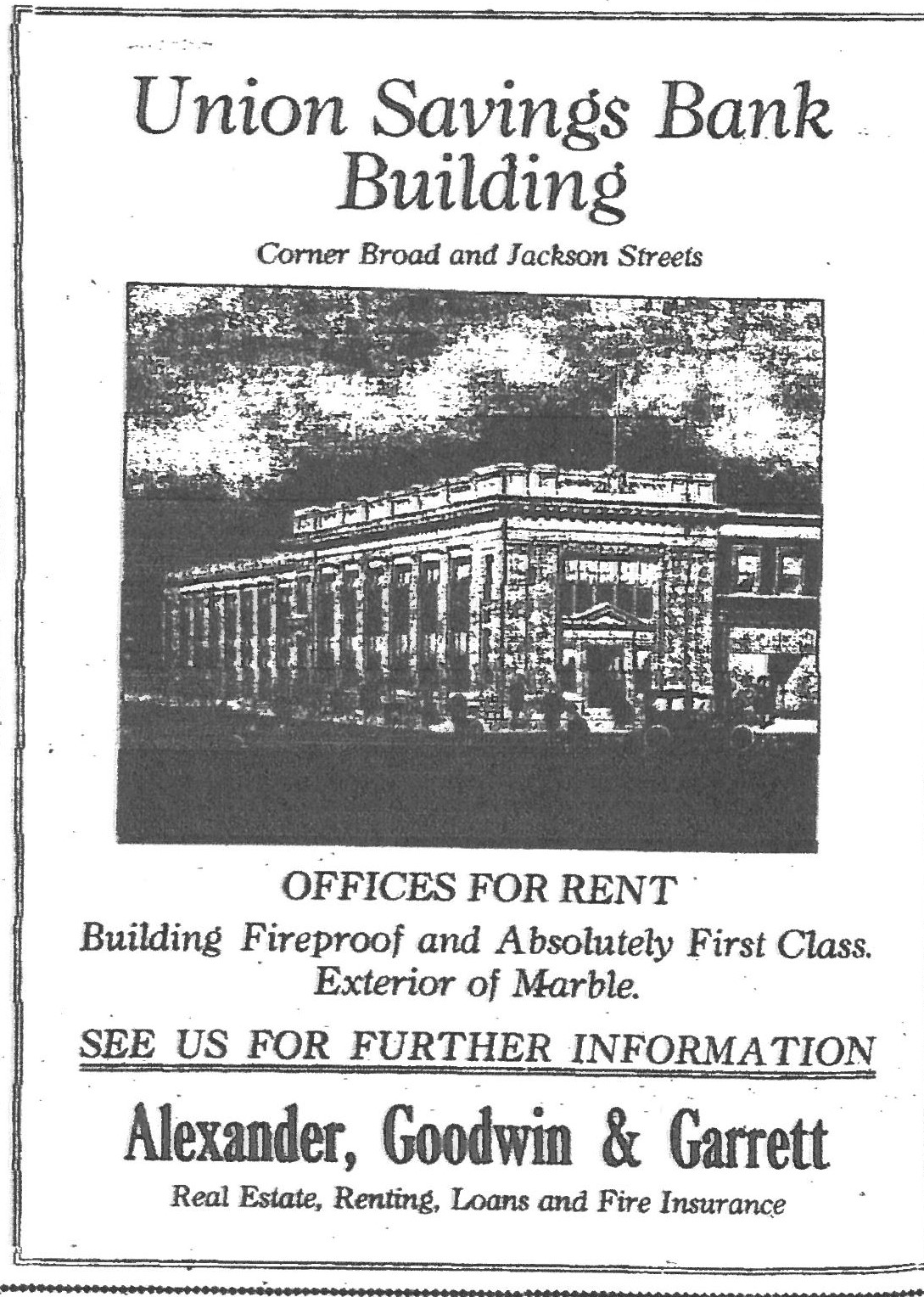 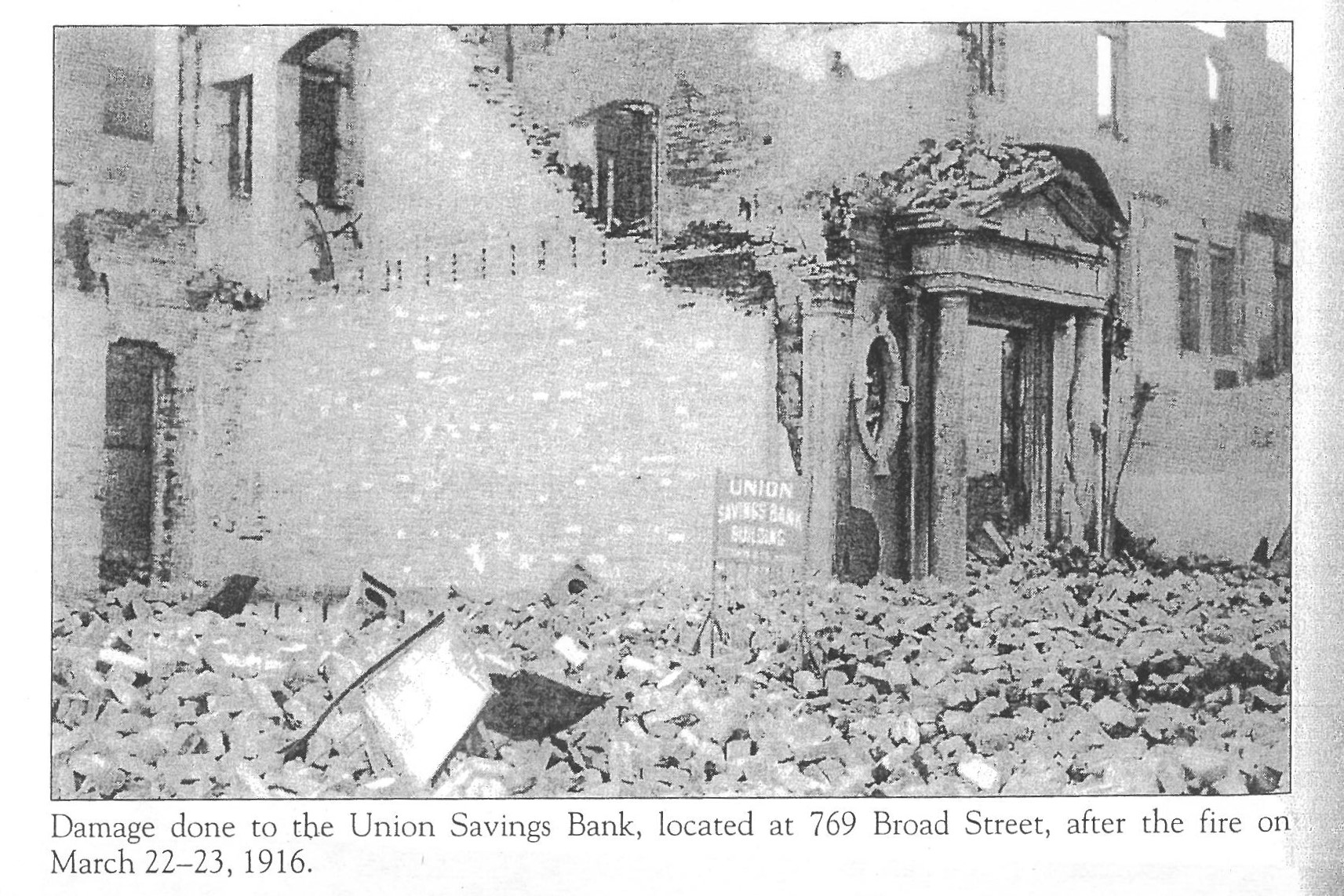 The Union Savings Bank was constructed in 1917 to replace the previous loss of the 1916 fire. The building was designed in the Neoclassical Revival Style by Architect R. H. Hunt of Chattanooga, Tennessee. Contracted by the Southern Ferro concrete Company for the facade, a total of $63,000 was amassed for the fireproof facade of Tennessee grey marble and terra cotta. Vault work was done by the New York Safe and Lock Company, the same company that provided vaults for the former structure on the site.

By 1931, the Union Savings Bank Company was liquidated and the Building sat vacant for 33 years until Disney used the building for a few scenes in the remake of "That Darn Cat."

Since 2007, Nicholas Dickinson & Associates have established an architectural firm on the upper story of the 28-foot high structure. The lower levels houses office and retail spaces, and the basement houses Joe's Underground.