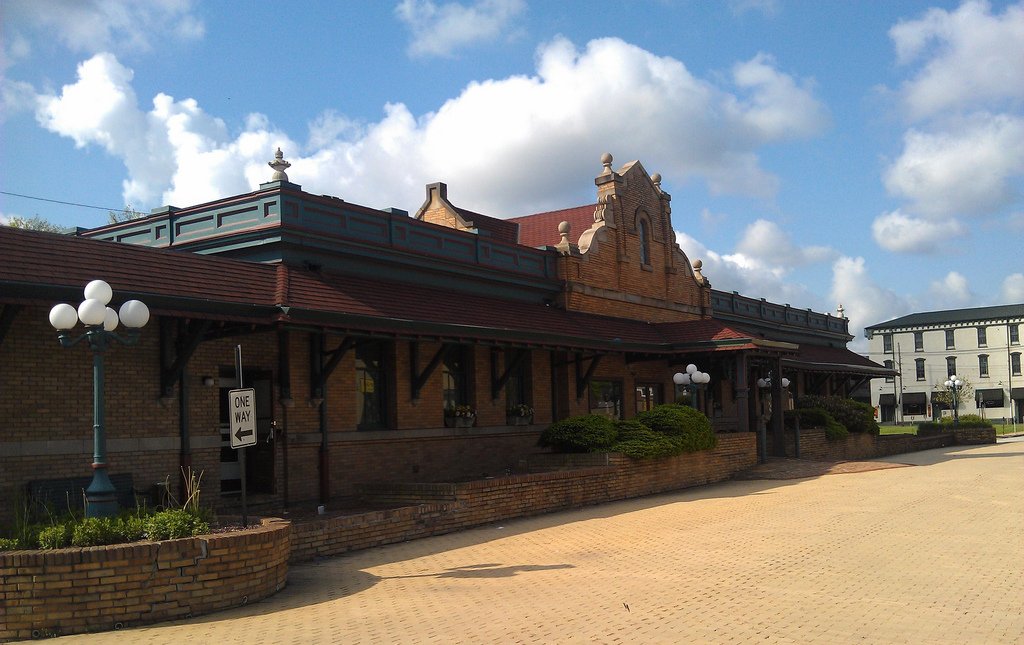 A Latrobe family-owned restaurant that gives off a "cheers"- style aura. It's been a neighborhood fixture for so long that customers know they have the right place, even though when they answer the phone they only hear "hotel". It has been loved by many generations and people drive far and wide for their food. 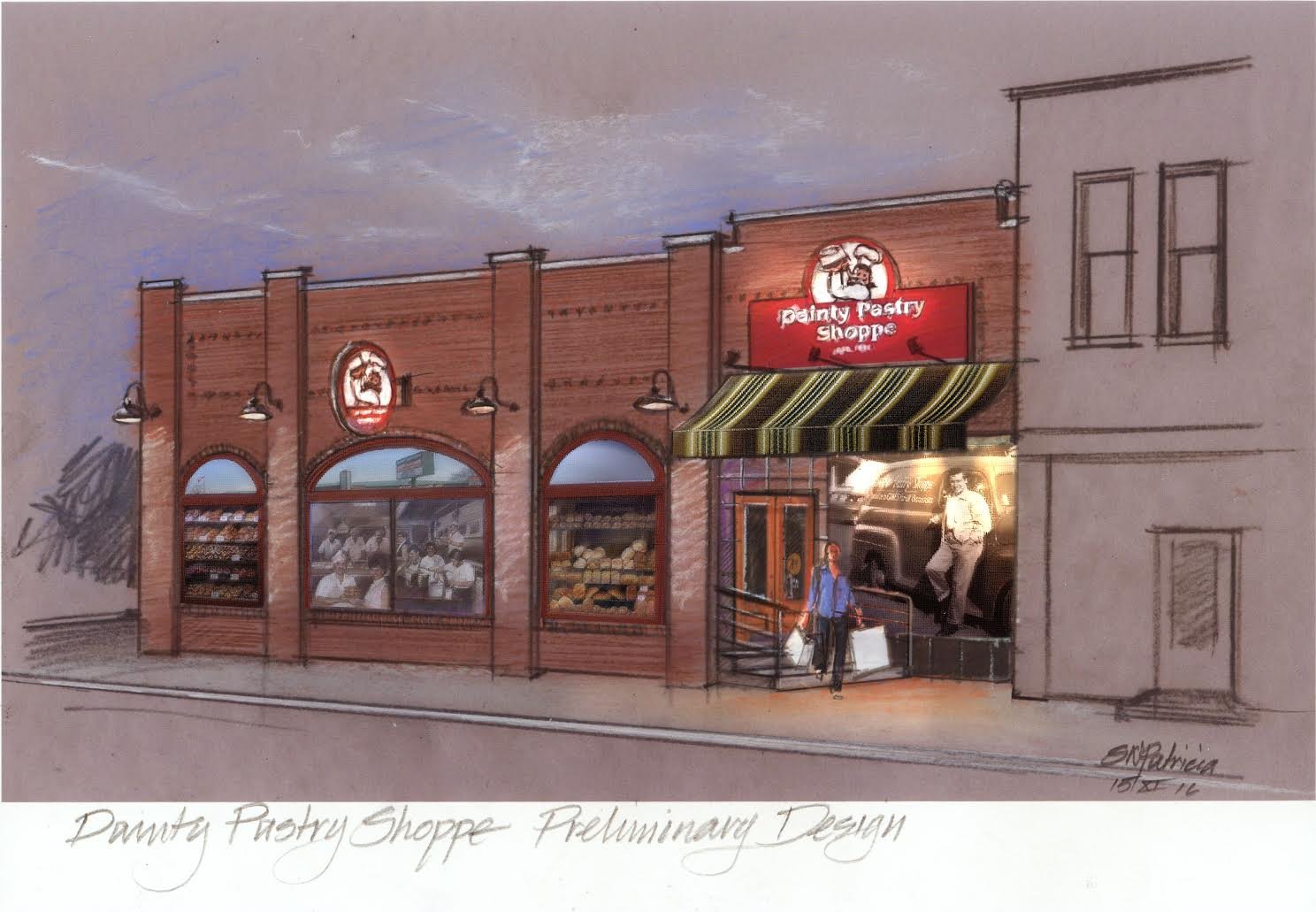 In 1886, where Dainty Pastry stands today, was the site of the Methodist Episcopal Church. Between 1886 and 1922 many different businesses went in that building until it was ultimately torn down in 1952. Dainty Pastry was started by Robert Colaianne in the 1940s on Ligonier Street in Downtown Latrobe. In 1975, Theron Smith sold the lot and his building on Depot Street to Robert and Juanita Colaianne to move their bakery. Depot Street has been the home of Dainty Pastry since then.

The Latrobe Presbyterian Church began as a mission in 1852, but was officially authorized to form as a church on March 1, 1869, after the application to the Presbytery of Blairsville was approved. The first elected pastor at the newly established church was the Reverend S.M. Davis from Saltsburg Presbytery. 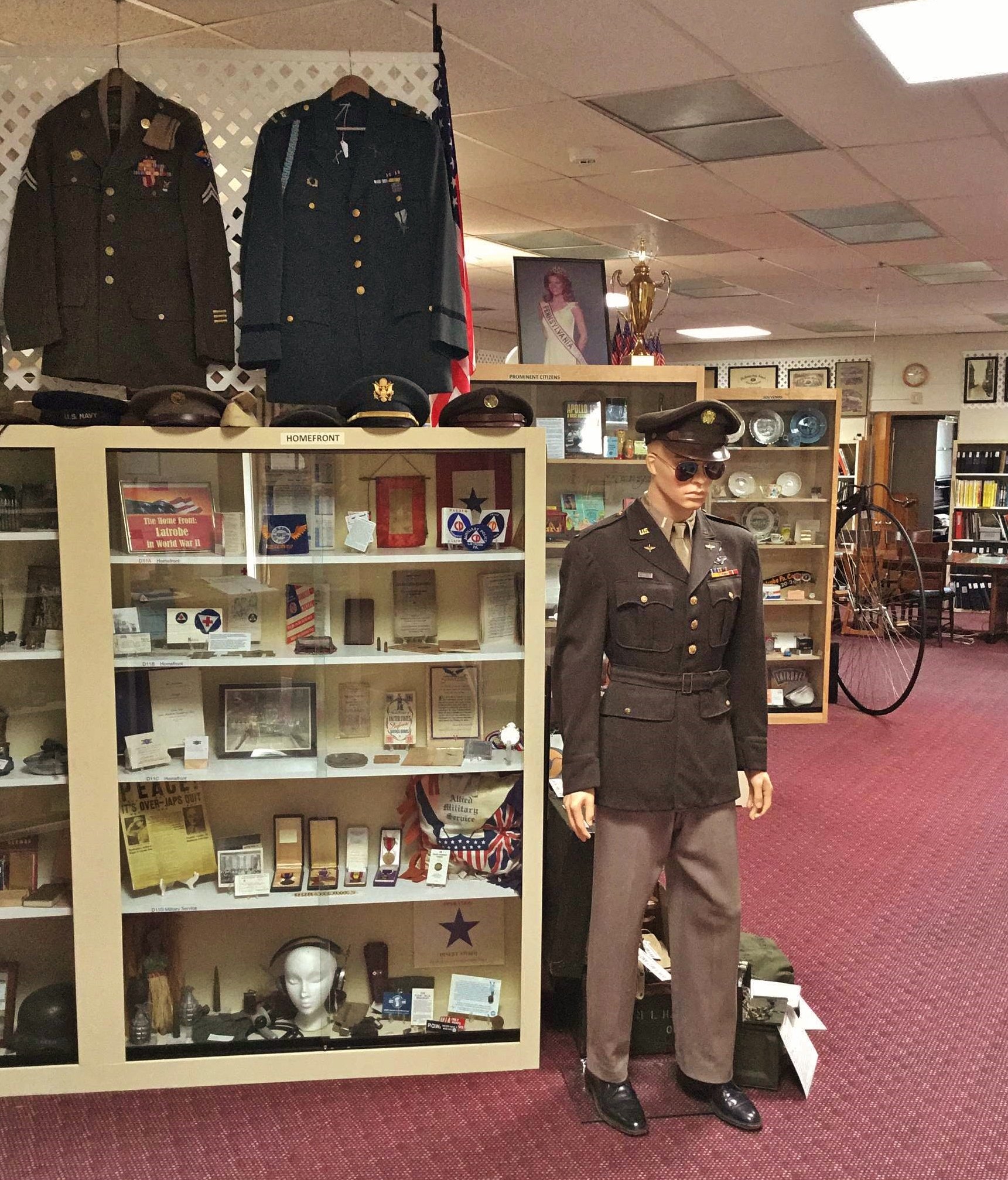 Latrobe Area Historical Society is an all volunteer non profit organization chartered in 1974 striving to preserve the legacy of the southwestern Pennsylvania area in and around Latrobe through the collection, study and documentation of the community's heritage and the preservation of the local history and ethnic roots. The focus area of the City of Latrobe, Unity Township and parts of Derry Township has a rich history, from colonial days in Unity Township to the beginnings of the industrial age, the birth of professional football, and modern innovations in business and industry. Latrobe also is the birthplace of golf great Arnold Palmer and beloved television personality Fred Rogers, of Mr. Rogers Neighborhood. 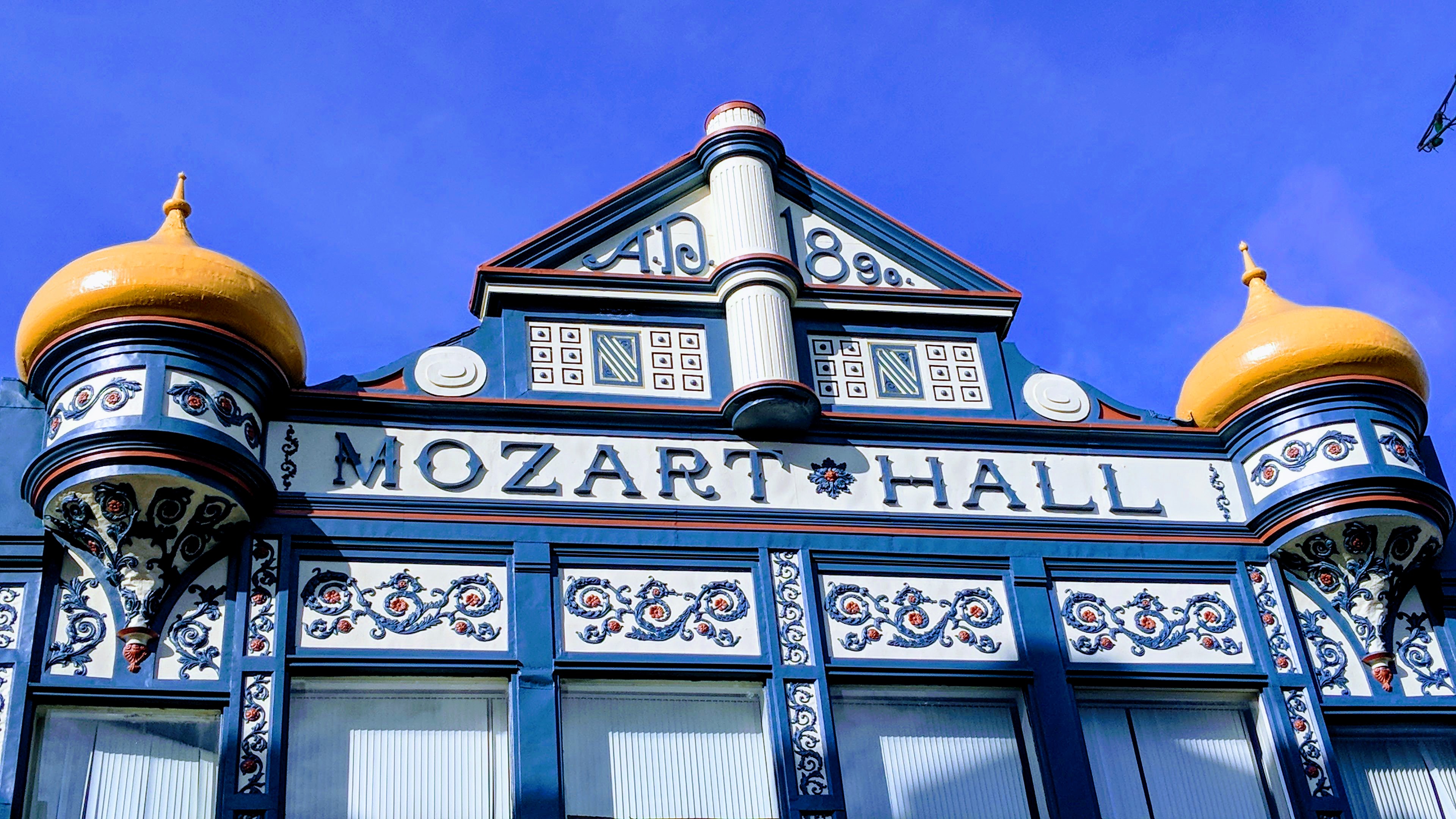 Mozart Hall is one of the oldest and most iconic buildings in downtown Latrobe. Built in 1890 by George Seiler, the son of German immigrants, Mozart Hall reflects the architecture of many grand opera houses in old Germany. Throughout the 1890s many operettas, musicals and concerts were performed within Mozart Hall. In 1912, the entirety of Mozart was bought by men's organization, the Latrobe Club, and was used for various activities and meetings. Between the late 1950s to 1980 the building went unused and progressively began to fall apart until recently in 2017, when the building was restored to its former glory. Mozart Hall continues to be a unique and iconic landmark in the City of Latrobe. 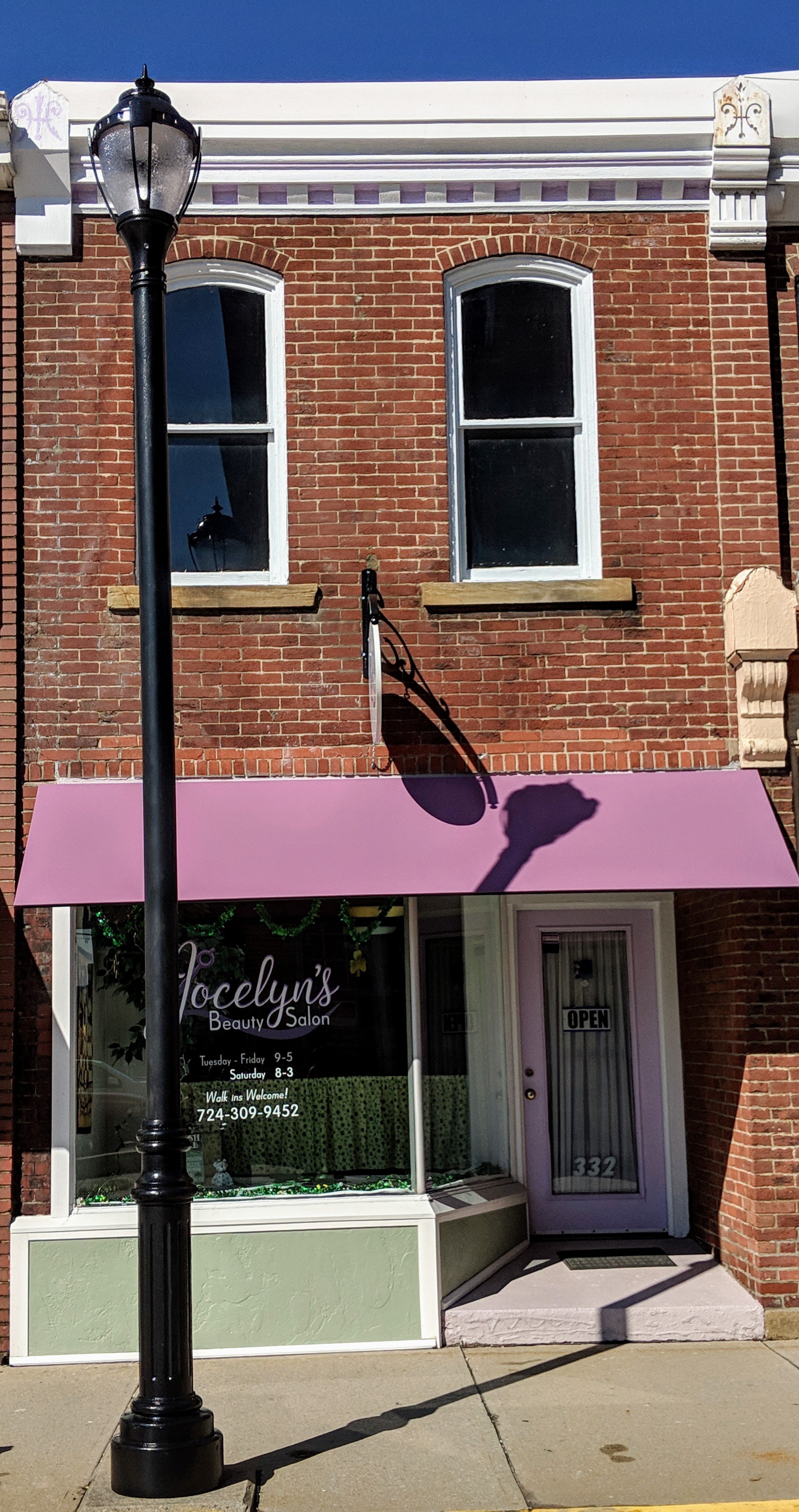 The building (332 and 334 Main Street) is a double building that was erected in the 1880s. The structure was presumably built by George Seiler who later built Mozart Hall in 1890. The building became a home for many families and businesses until both sides became vacant in 1966. Today, 332 Main Street in downtown Latrobe is home to Jocelyn's Beauty Salon and the adjoining business at 334 Main Street is ComputerX. 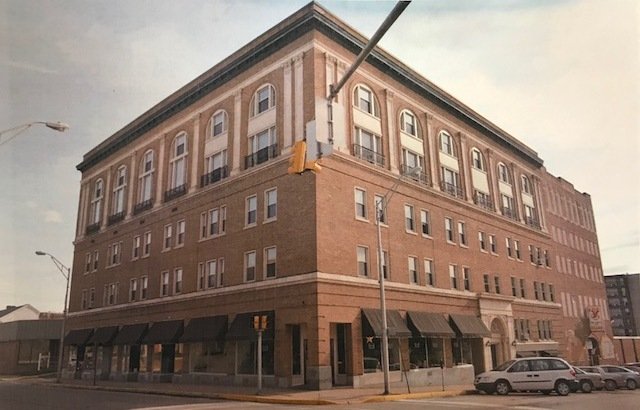 On September 19th, 1853, the Loyalhanna Lodge No. 275 of Free and Accepted Masons was consecrated becoming the second oldest lodge in the county. In 1919 for $20,000 the Free Masons purchased a building site on the corner of Ligonier and Spring Street. In April of 1927 the building was complete, but was sold soon after in 1938 to Reliance Life Insurance Company. It wasn't until 1945 that the Lodge created a building and trust group that successfully bought the building back.

This library was completed in 1954, but the library as an institution was founded decades prior. The first library was established on September 1st, 1927 and operated within the Masonic Building on Spring Street. Eleanor Bye was the first librarian followed by others including Sara McComb. Owing to the popularity and growth of the library, residents called for a larger space. In response, railroad industrialist George Hamilton Adams developed a plan for supporting the construction of a new library in his hometown. Upon the death of him and his wife, their estate was given to the library. 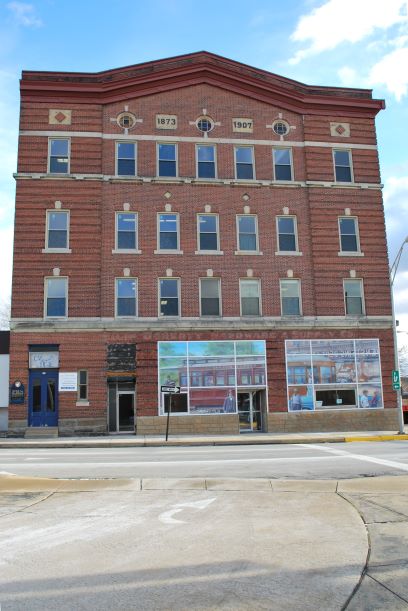 In 1940, when Harry Lattanzino purchased the Doherty Hardware building, he transformed the upstairs hall to a skating rink known as Skateland, but referred to by youth as “the Rink.” By the 1950’s the building was commonly known as Harry’s Danceland. It had become the scene of Friday night dances and live concerts by over 100 top recording artists from across the country. Some of which included Chubby Checker, Bo Diddly, Jimi Hendrix, Jay and the Shondels and many more top performers. 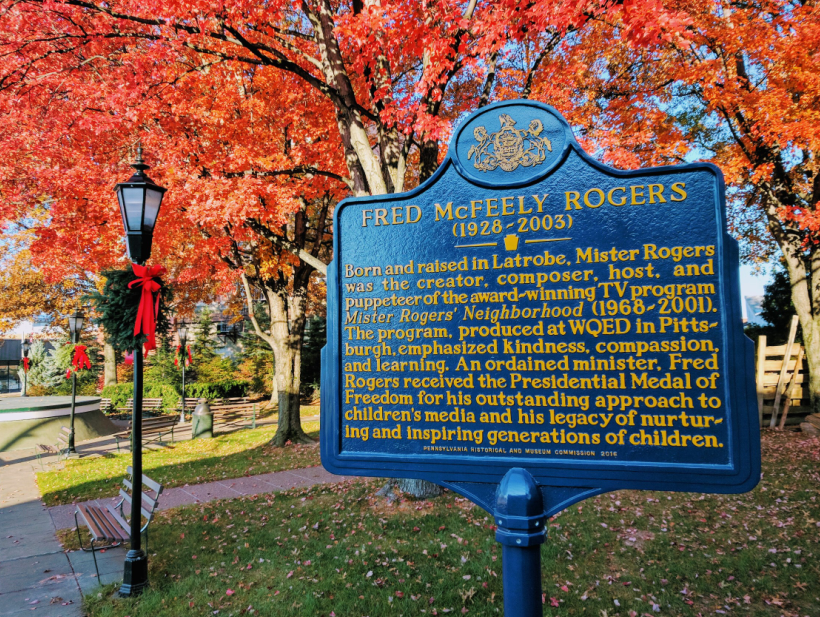 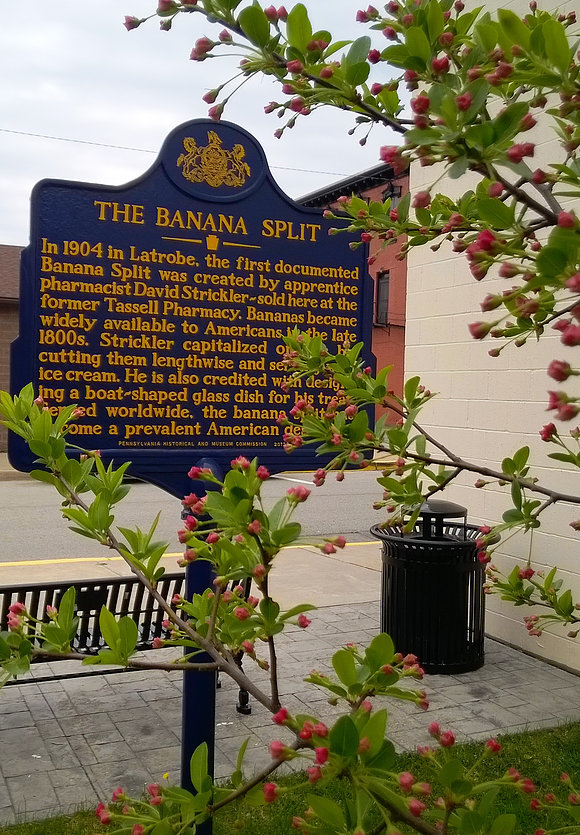 This historical marker and colorful sculpture commemorates the 1904 invention of the banana split by Dr. David Strickler, a 23-year-old apprentice pharmacist at Tassell Pharmacy. His creation was enjoyed and publicized by students from nearby Saint Vincent College and before long, his creation was served by ice cream parlors and restaurants around the world. Strickler later purchased the building and operated Strickler's Drug Store. 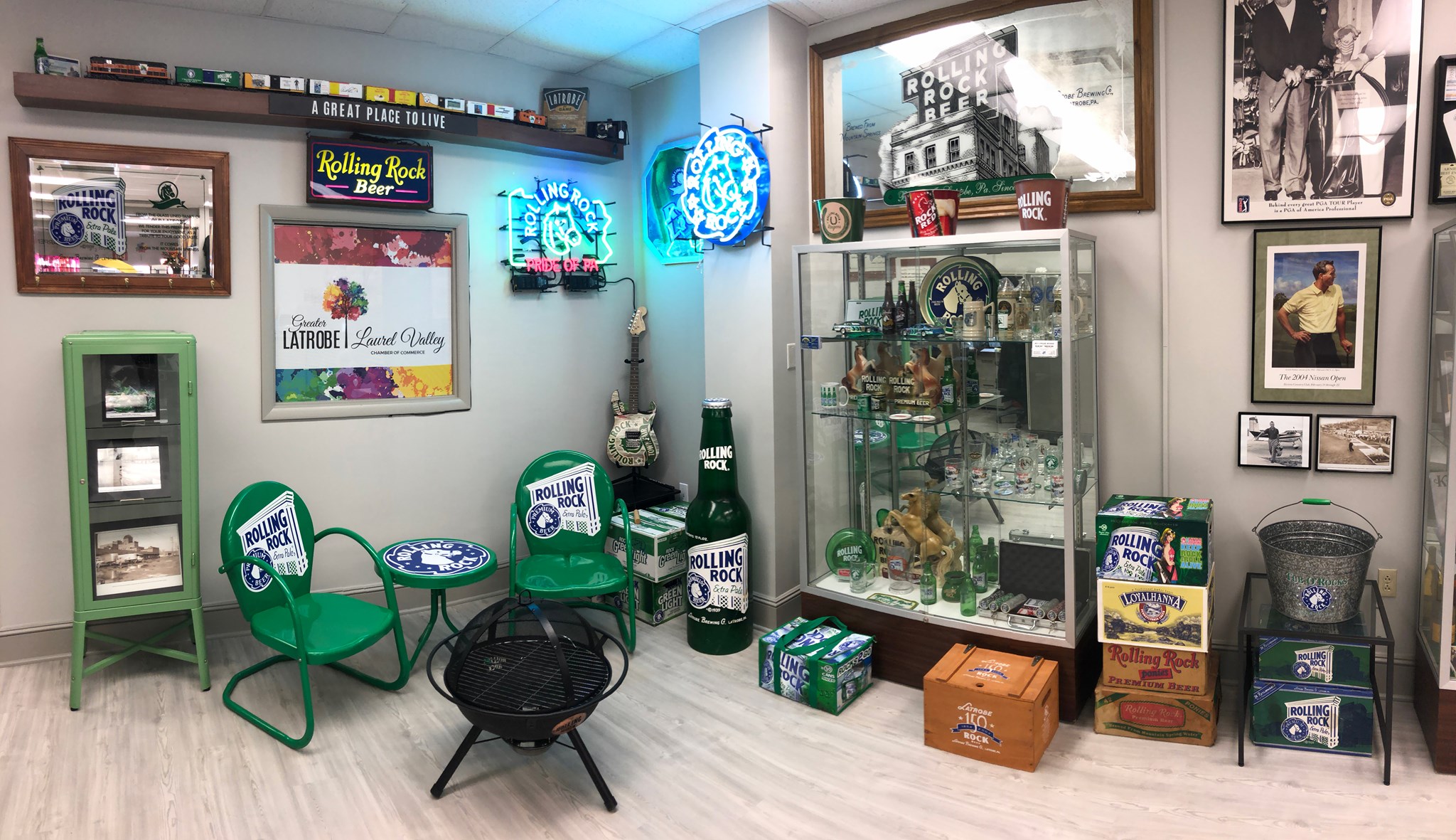 Opened in 2015 within the office of the Greater Latrobe-Laurel Valley Chamber of Commerce, this visitor’s center offers a variety of historical exhibits and displays related to iconic residents such as Arnold Palmer and Fred Rogers. Staff members are on hand to offer information about local history and cultural sites, and the center also offers a variety of memorabilia and local gifts. There are also items related to the Great American Banana Split Celebration, which takes place every year in late August.