Item 13 of 14
This is a contributing entry for Irvine Park History Walk and only appears as part of that tour.Learn More.

Walk to the place where Walnut Street dead-ends at an overlook to the river below. The park is located atop of steep bluff overlooking the Mississippi River. What you see below you today is not what the builders of the houses around you would have seen prior to the mid-20th century.

Looking west across the river toward the Upper Landing (1895) 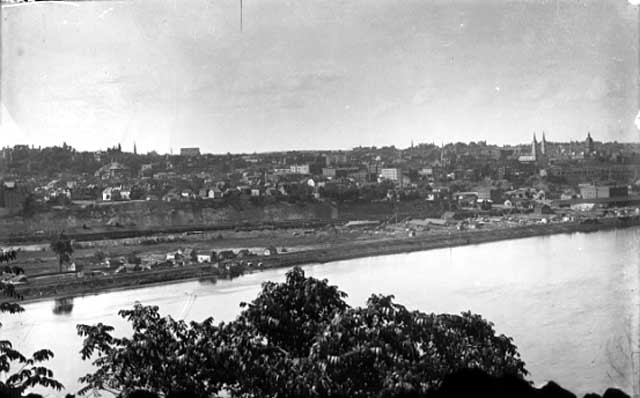 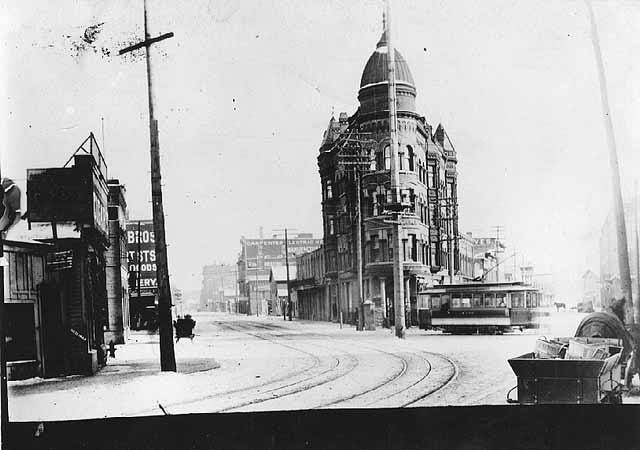 In 1890, forty years after Irvine Park was platted as a pasture, the landscape within and around it had changed substantially.

On nearby West 7th Street St. Paulites could purchase everything from cigars to bicycles, brewery workers of could grab after-work drinks at any of its numerous saloons or take their familes to local beer gardens. Below, steam engines bellowed past huffing out coal ash that settled back to earth like Black snow.

Meanwhile, investors had managed after many failed attempts to run streetcars to Summit Hill, drawing the city's elite away from Irvine Park. While the park remained a desirable address, it was no longer the height of fashion, especially as the noisy, bustling city grew up around it.