Item 11 of 14
This is a contributing entry for Irvine Park History Walk and only appears as part of that tour.Learn More.

Walk to the center of the park if you are able. From here you will be able to enjoy its peace and loveliness and take a close look at its ornate central fountain while also being able to take in the surrounding housing. Note: The City of St. Paul is not currently operating or servicing the fountain due to COVID-19 restrictions. 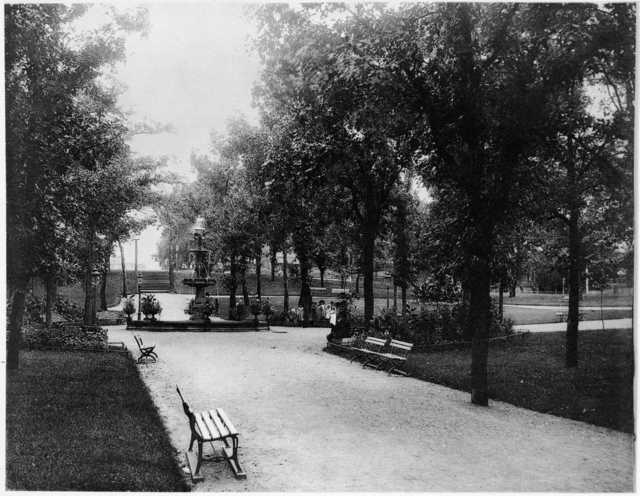 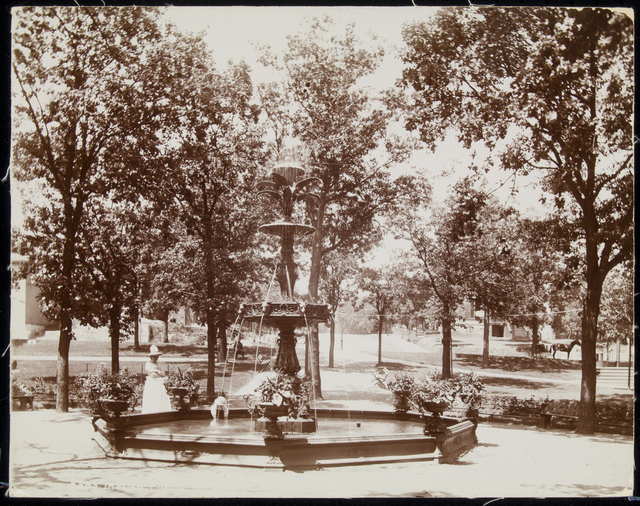 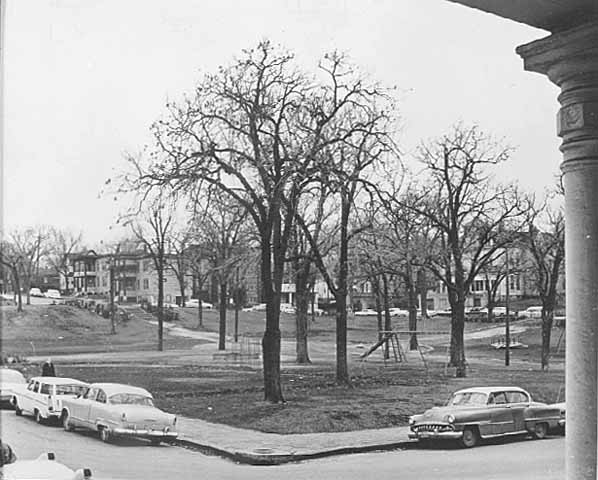 A white Yankee colonist named John Irvine relocated to St. Paul in 1843, only two years after the city exchanged the unglamorous name Pig’s Eye Landing for one deemed more respectable by a newly-arrived Catholic missionary.

Irvine purchased 300 acres of recently ceded Dakota land and granted this plot to the city as pasture. Chickens and cows ruled until the 1870s when residents petitioned the city for gas lighting, landscaping and walkways for human guests. They added a fountain in the 1880s.

If you walked here in 1890: You would hear the burble of the fountain, the roar of trains below the bluff, and the distant bell of the West 7th streetcar. You might see prominent residents coming and going from their front porches, and German, Swedish or Irish immigrant domestic workers entering and exiting through side or back doors.

If you walked here in 1940: You might run into dozens of families and single working people leaving the houses, now subdivided into apartments or boarding rooms, to catch the electric streetcar on West 7th. The fountain and many of the old trees were gone, so neighborhood kids could sled down the hill on flattened cardboard boxes unimpeded.