The Guaranty Bank Building is a high-rise office building on the central block of Ninth Street between Fifth and Sixth Avenues in downtown Huntington. Originally called the Robson-Prichard Building after its owners, Frederick Prichard and Houghton A. Robson, the building opened in 1910 with a bank on its first floor and offices of various businesses on its upper floors. After the bank failed during the Great Depression, the Guaranty Bank and Trust operated on its first floor until it moved locations in the 1950s. During the 1940s, the building was sold to Sheriff Don Chafin, who lived in the guarded penthouse until his death. Since his passing, the building has changed owners several times, and many different local businesses and banks have been housed in this historic piece of Huntington’s skyline. As of September 2019, the first floor now houses United Bank. Although it has changed hands and names many times over the years, the historic building remains a staple of Huntington’s skyline. 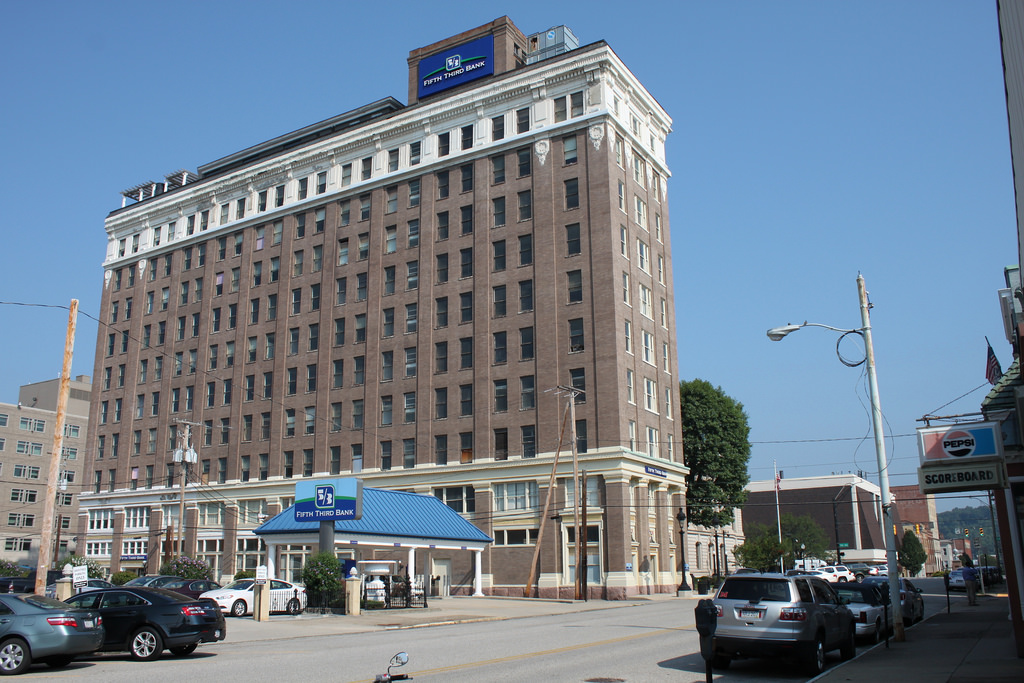 The building prior to the installation of the penthouse 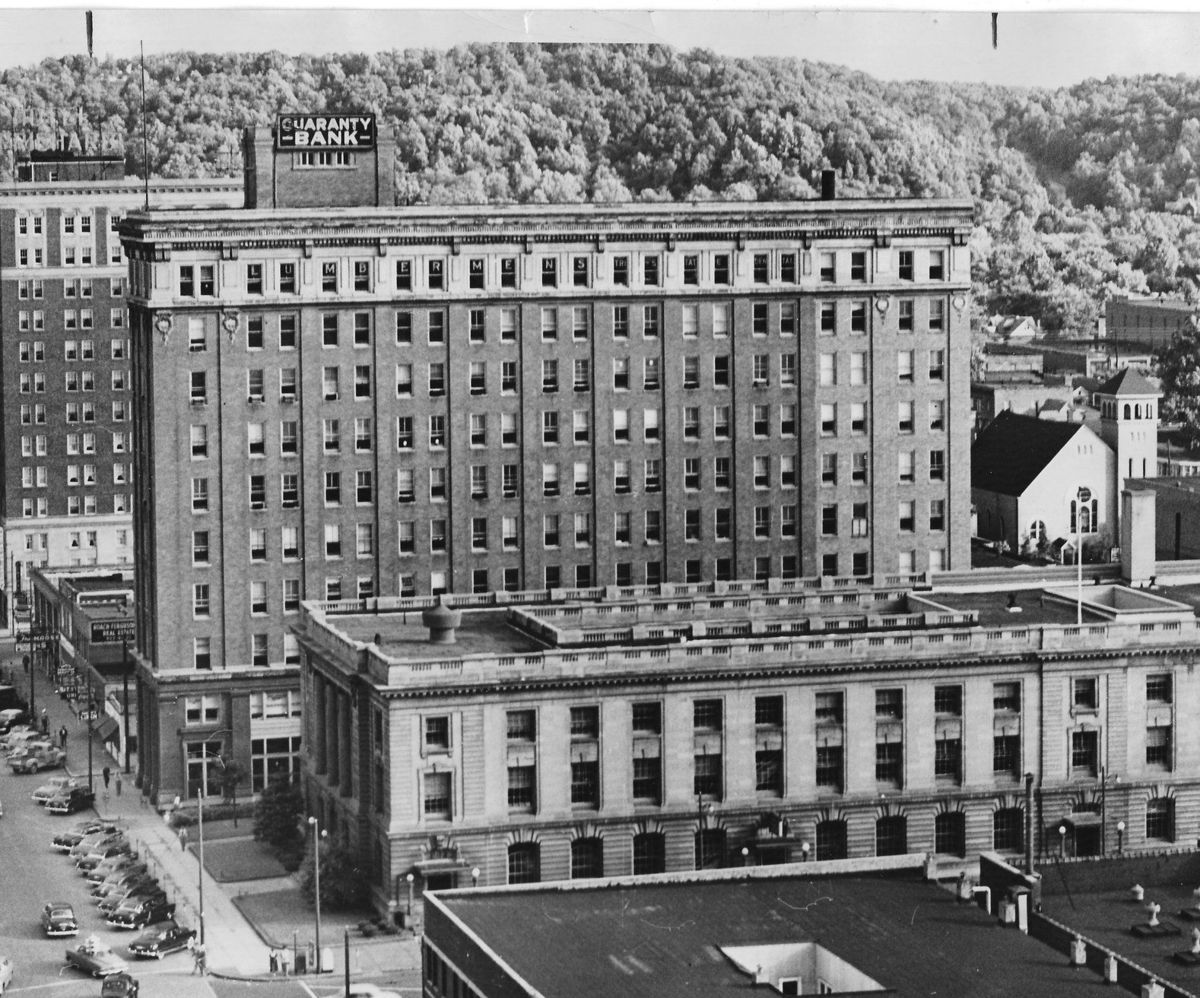 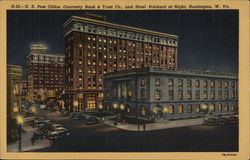 Postcard of the Robson-Prichard Building circa 1914 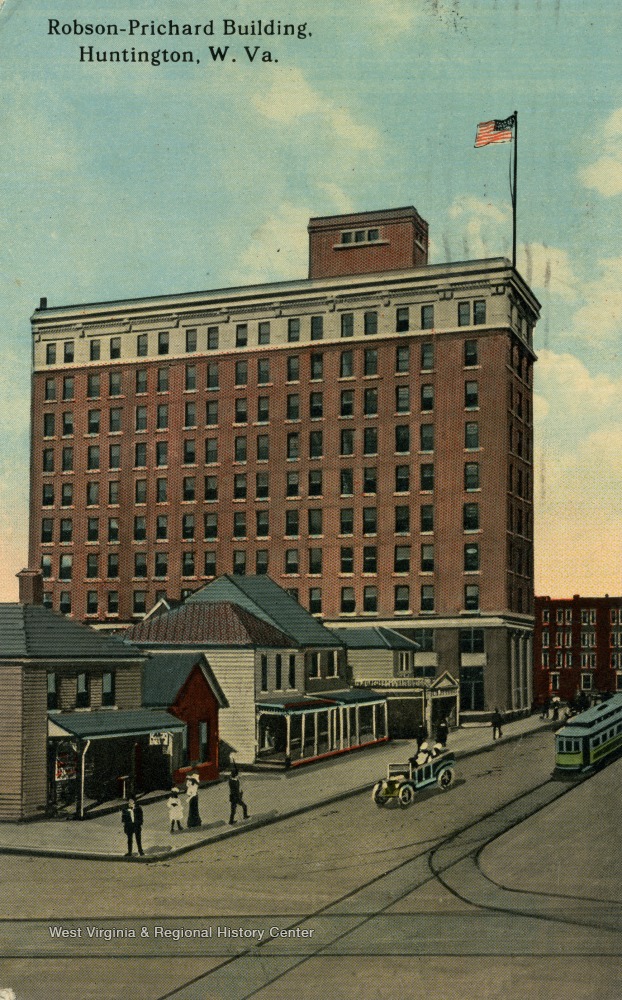 Postcard showing the Robson-Prichard Building circa 1925 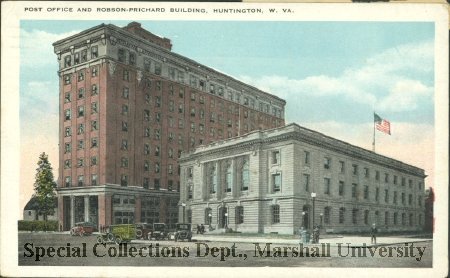 Sheriff Don Chafin and his paid mine guards, circa 1920 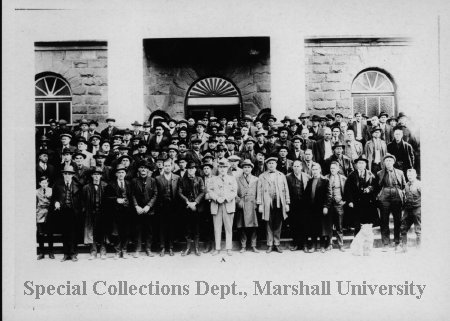 Frederick Prichard and his business partner, Houghton A. Robson, hired Cincinnati architects Elzner and Anderson to design the ten-story Robson-Prichard building, which would house their real estate offices. The building would have 175 office spaces, fireproof vaults, combination locks in all offices, a vacuum steam heating system, ice water fountains on each floor, hot and cold water in each room, and lighting by bottled gas and electricity. It opened for business in 1910, with the Huntington Banking and Trust Company and a coffee shop on the first floor. Prichard and Robson housed their real estate office on the fourth floor of the building, while other Huntington-based businesses such as the Island Creek Coal Company and Lumberman’s Insurance Company had offices on the remaining floors.

Along with other prominent banks in Huntington, the Huntington Banking and Trust Company collapsed during the Great Depression and did not reopen. The Cincinnati-based Western and Southern Life Insurance Company foreclosed on the bank, and the building sat empty until 1939, when Sterling Diddle founded the Guaranty Bank and Trust Company on its first floor. The new bank occupied the building until it moved to another location in the early 1950s. The name of the Robson-Prichard Building was changed to the Guaranty Bank Building due to the success of the newly established bank.

In 1946, Western and Southern Life Insurance Company sold the building to Sheriff Don Chafin of Logan, West Virginia. Chafin was well-known for his involvement in the Battle of Blair Mountain in 1921. A fierce opponent of unionization, Chafin had mobilized a force of deputies, national guardsmen, and local townspeople to prevent armed miners from marching across Logan County to free imprisoned miners in Mingo County. Chafin resided in the penthouse of the Robson-Prichard Building, which he installed in 1947, until his death in 1954. Concerned for his safety, he installed guards in the lobby as well as at the top of the elevator. Shortly before his death, Chafin had the building renamed after himself.

After his passing, the Chafin Building was sold to the C&O Railway, which housed its engineering department there from 1957 to 1977. While it was owned by the C&O Railway, the building’s lobby was occupied by Stonewall Jackson Life Insurance Company. In 1977, the Chafin Building was purchased by lawyer Stanley Prizer, who then sold the building to John Hankins in 1997. After Hankins purchased the building, he was approached by Sterling Hall, grandson of Sterling Diddle, who requested that the structure be renamed the Guaranty Bank Building after he reopened Guaranty Bank on the first floor. The first floor lobby area has since housed First Sentry Bank, which merged with Guaranty Bank in 2009, as well as the downtown branch of Fifth Third Bank. As of September 2019, it currently houses United Bank, and the building has been renamed the United Bank Building. Various local law firms have occupied the top floors over the years; currently, Anspach Law houses the tenth floor below the penthouse. The owner of the building, John Hankins, is remodeling the remaining floors, and has recently remodeled the penthouse where he resides.