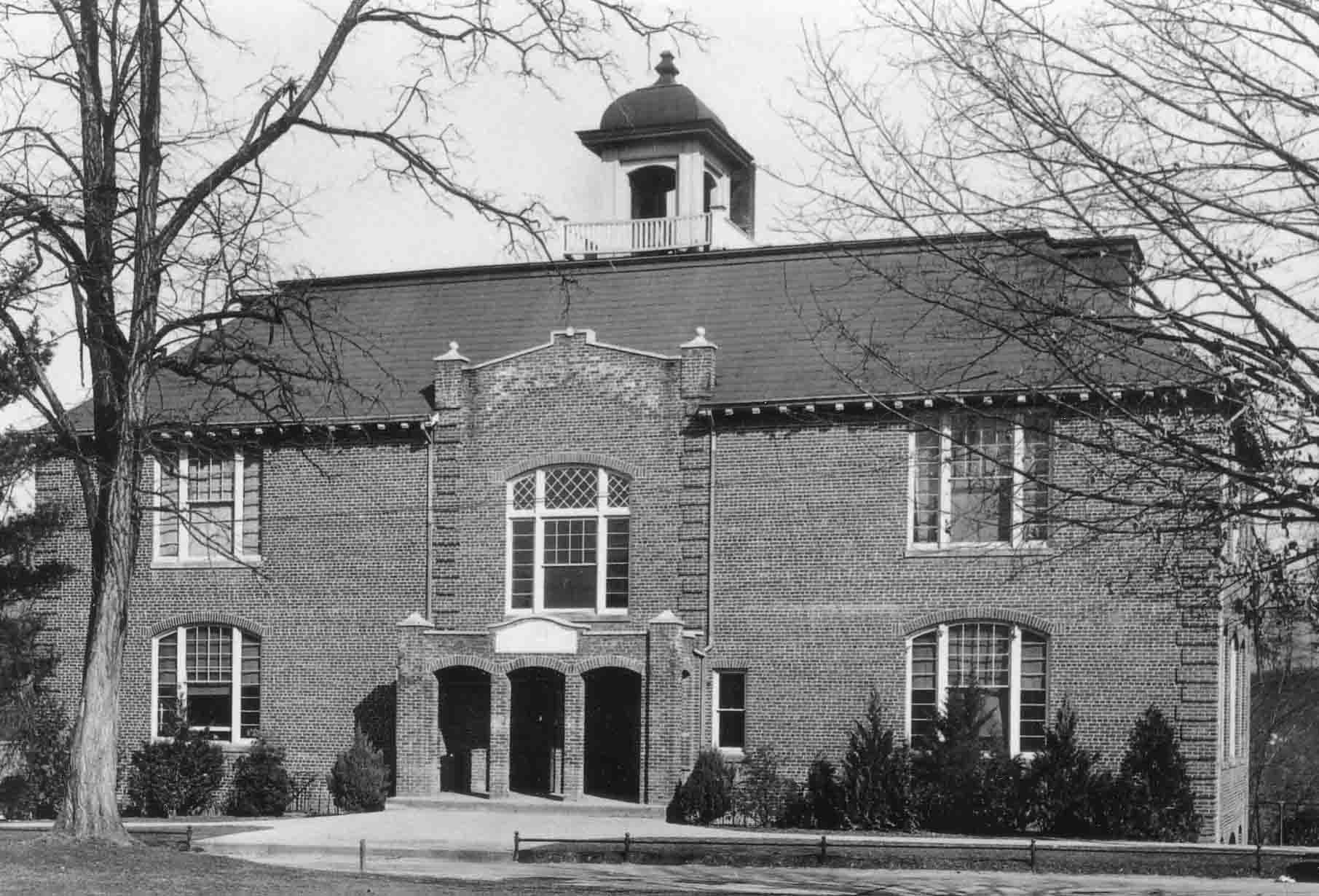 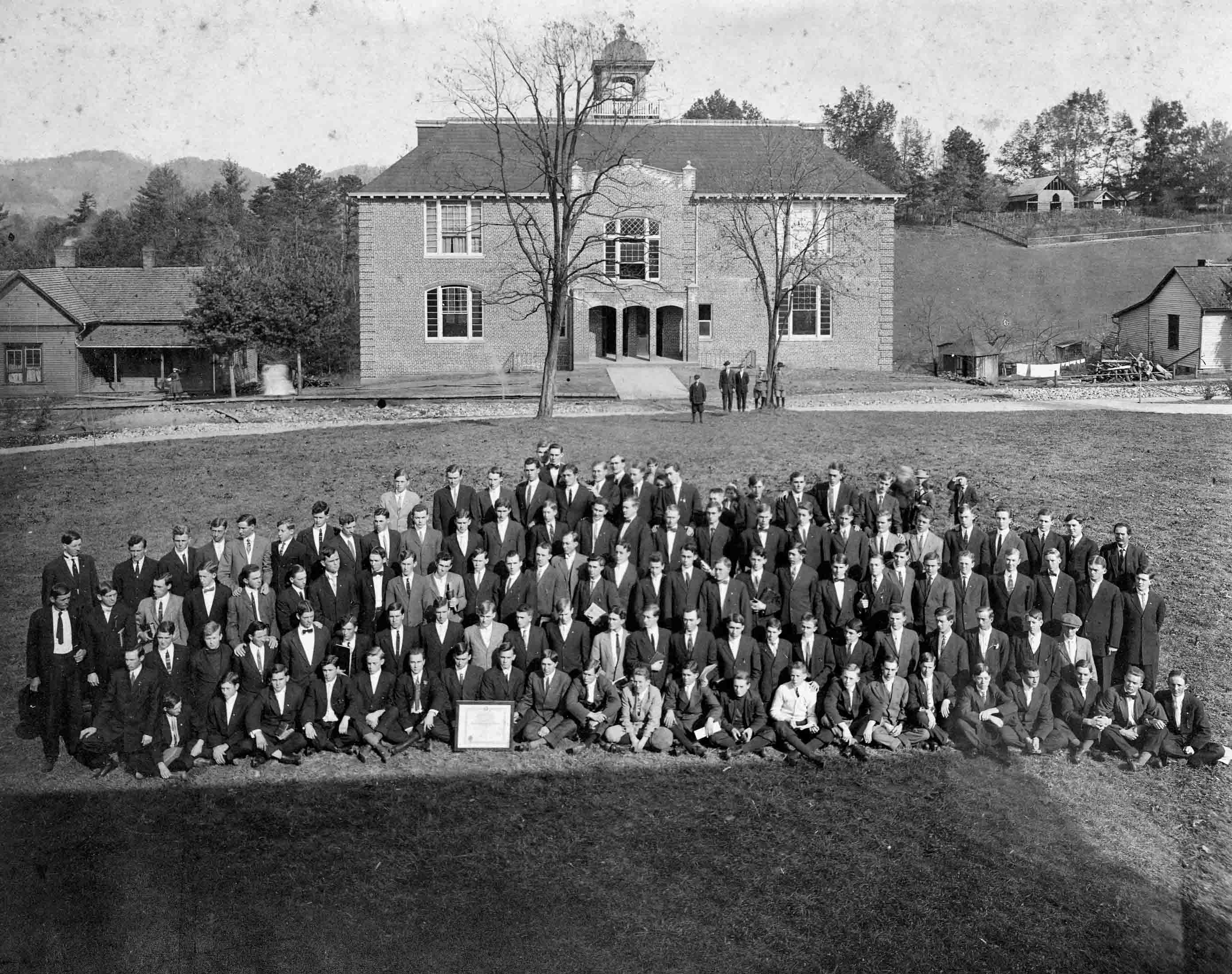 Crowd gathering for the renaming of Robert Lee Moore Hall to Marshbanks Hall, 1979. 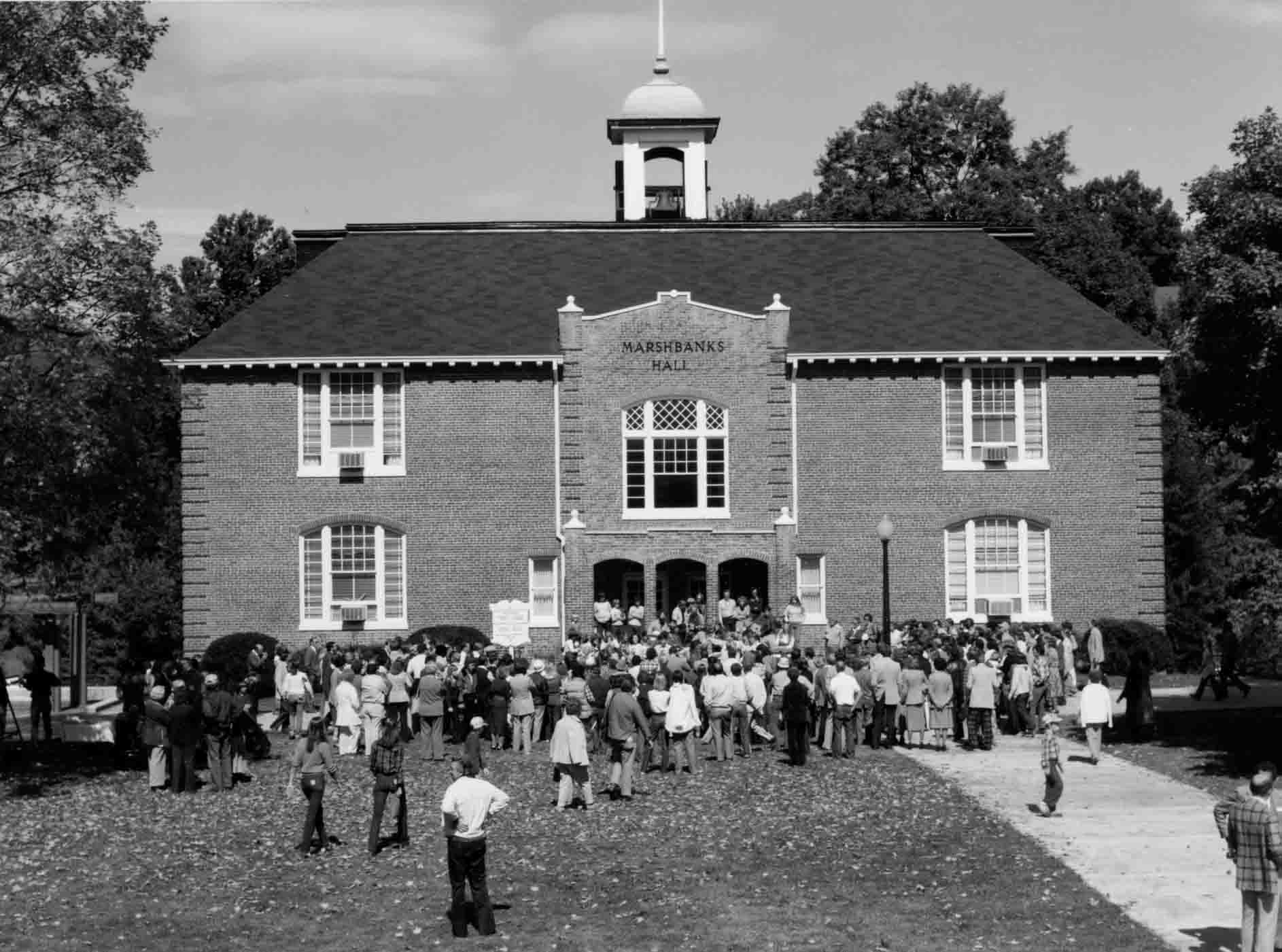 Marshbanks Hall is located on the campus of Mars Hill University. The building was completed in 1909 by architect Martin Egbert Parmalee of Parmalee & Sons, making it the oldest surviving building by an identified architect. During its early years, the building was known as the Library Building and housed administrative offices, classrooms, two Literary Society Halls, and a one room college library.

In 1922, the building was dedicated as Moore Hall to honor Dr. Robert Lee Moore, president of Mars Hill College at the time. During its life, the building has housed the offices of three of the university's presidents: Dr. Moore, Dr. Blackwell, and Dr. Bentley.
In 1979, the building was renamed Marshbanks Hall to honor members of the Marshbanks-Anderson family, who were major donors to the college. The building has been used as space for a library, adminstration offices, and classrooms throughout its long life at Mars Hill University.

Marshbanks Hall also houses the cupola or bell tower, a symbol appearing on the university's seal. It was said the bell could be heard in a three mile radius of campus, and it was historically used to signal the changing of classes. It is believed that only the most trustworthy students were given the task of ringing the bell.