Built in 1925, this one-and-a-half story cottage belonged to Ashbel Edward Carter and his wife, Elizabeth. Mr. Carter was the grandson of Edward Carter, who in 1856 sold property that would soon become the campus of Mars Hill. Mr. and Mrs. Carter lived in the house until 1946 when they sold it to the college, and the addition of “Humphrey” to the house’s name honors a gift by Reverend Mr. D.B. Humphrey towards the home’s purchase by the college. The house was used as a dormitory until it was refitted in 2004 to be used as a guesthouse.

The Carter-Humphrey Guest House, built in 1925. 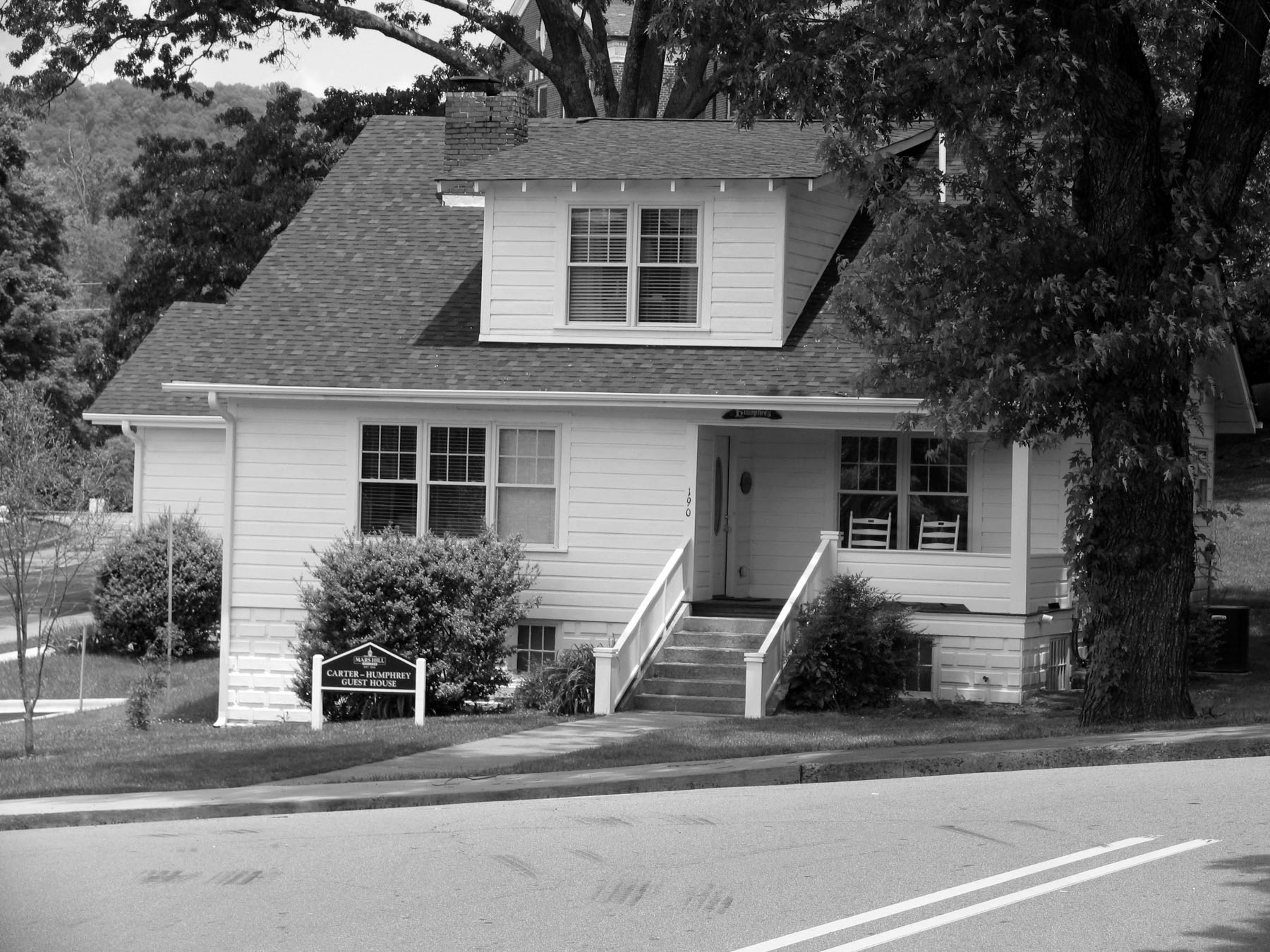