Named in honor of the eighteenth president of Mars Hill College, Blackwell Hall houses the university's administration including President Dr. Dan Lunsford's office. Blackwell Hall was built on the site of the former Spilman Home for Girls and Treat Annex. 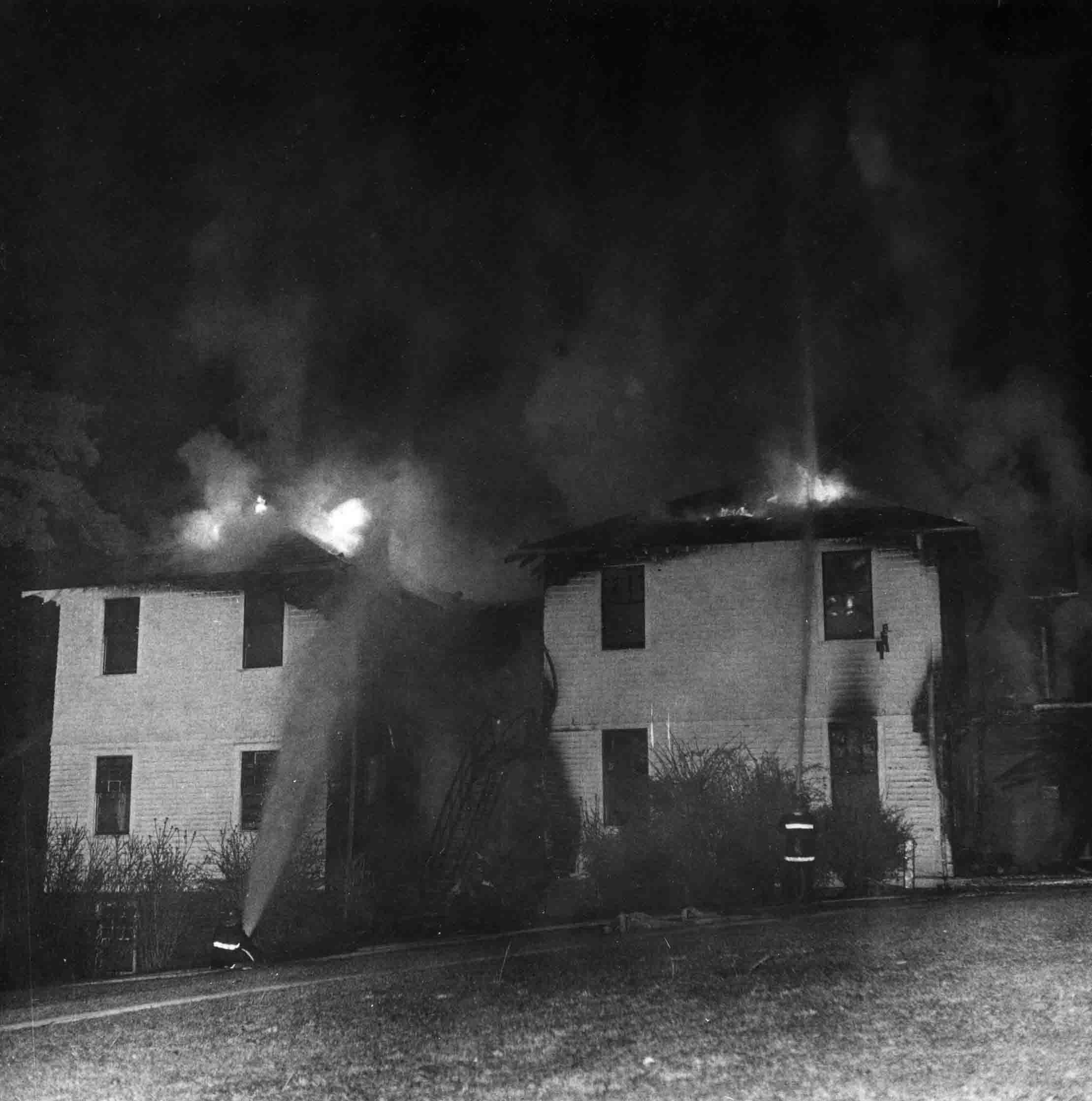 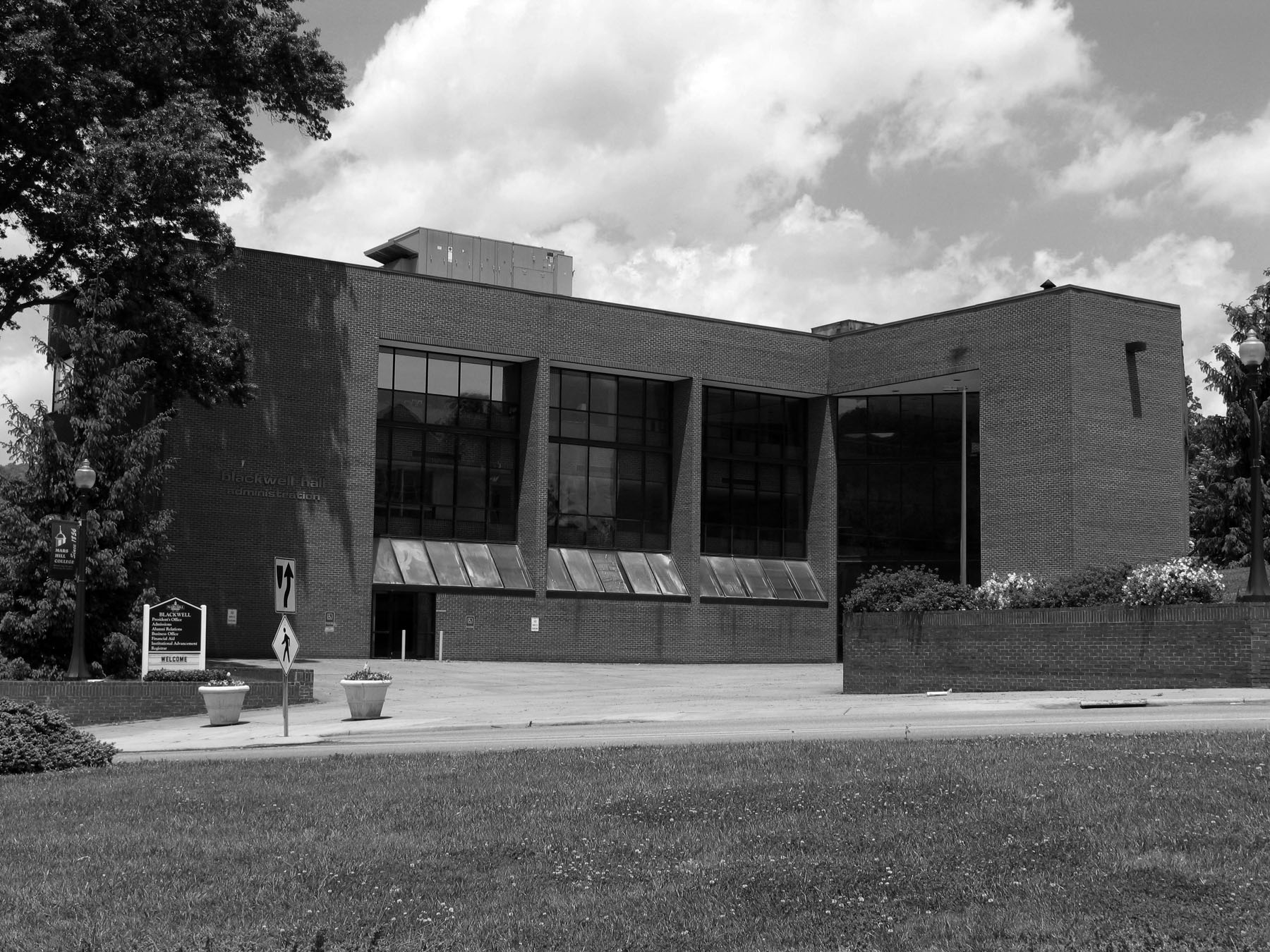 Dr. and Mrs Blackwell at the ribbon-cutting ceremony for the building named in their honor, Blackwell Hall, 1978. 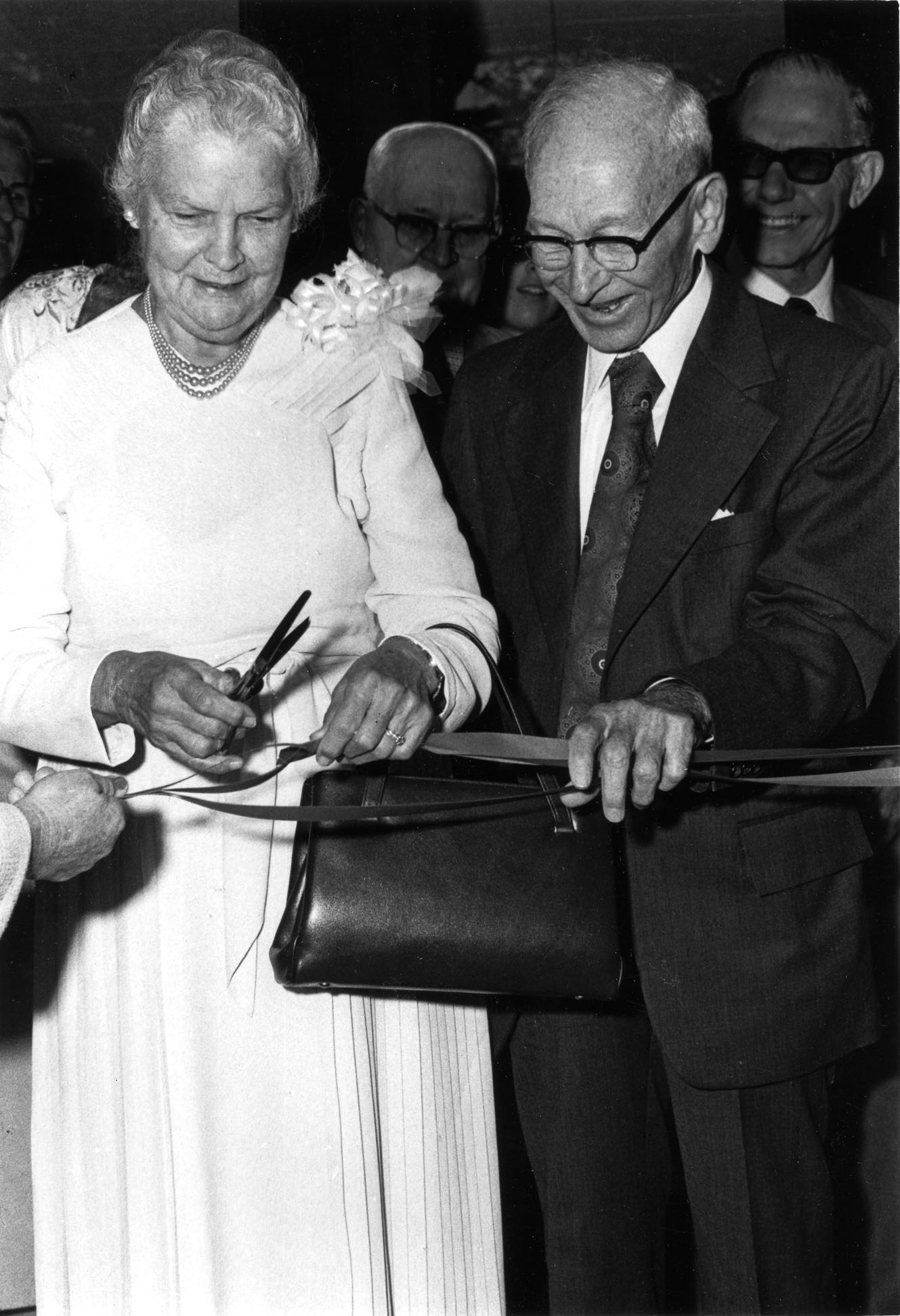 Built on the site that once housed the Spilman Home for Girls and Treat Annex, Blackwell Hall honors the eighteenth president of Mars Hill College, Dr. Hoyt Blackwell (1890-1988). Upon his arrival to campus I 1966, President Dr. Fred Bentley began to question the functionality and need for the under-utilized Treat Annex (Spilman Home for Girls had been demolished in 1935 to make room for the Dr. W. F. Robinson Memorial Infirmary). Described as opportunity meeting the college’s need for a new administration building, administration made the decision to construct a new building following a fire that claimed the Treat Annex in 1977. Located in the center of campus, school officials made the decision to name the building in honor of Dr. Blackwell who had served as college president from June 1938 to June 1966. Designed by Six Associates, an Asheville based architectural firm, construction on the new three-story structure began in the summer of 1977 and completed in 1978. Today, Blackwell Hall still serves as the administration building for Mars Hill University and houses the president’s office as well as several other administrative departments and offices.

A particular unique feature of Blackwell Hall is a three-story ceramic mural that depicts traditional Appalachian household and farming implements. Designed and created by Mars Hill College alumni Douglas Ferguson, visitors may see the mural if they enter from the main entrance on first floor. Mr. Ferguson, Mars Hill College class of 1933, went on to open Pigeon Forge pottery with his father-in-law after serving in the U.S. Army at Oak Ridge, Tennessee. Ferguson would go on to become a celebrated ceramist, which is well deserved if one studies his Tree of Heritage. This piece includes pioneer artifacts from Ferguson’s mountain home inside the first floor foyer of Blackwell Hall and farm implements on the outside portion of the piece. The 1856 college building stands between the two sections of the piece.

Inside the foyer of Blackwell Hall, one can find another work of art created by Mr. Ferguson for Mars Hill. On the walls is a ceramic mural of traditional Appalachian quilt patterns. This piece previously adorned the fountain located on the Historic Quad but was moved to Blackwell Hall upon the renovation of the fountain.

Also inside the Blackwell Hall foyer is a model of the Mars Hill College circa 1910. Created by Douglas Mackenzie of Marshall, this model was a gift from the Class of 1956 in celebration of their 50th reunion and the school's sesquicentennial. We invite you to notice some of the sites in the model that are still on campus, including Founders Hall and the Moore Pin Oak.