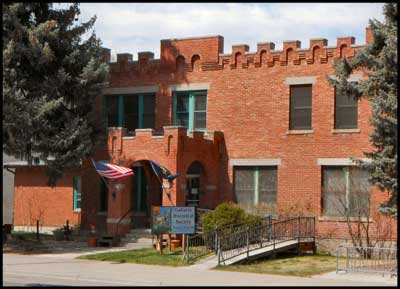 Established in 1977, the Gallatin Historical Society operate this local history museum and research library in a former jail that was built in 1911. The museum includes permanent exhibits on Native American history, the Lewis and Clark expedition, western expansion, and early Bozeman history, as well as a room dedicated to the history of the former jail. The museum also includes a model replica of Fort Ellis, a cavalry fort established in 1867. The library boasts a photo archive with more than 18,000 historic images as well as resources for genealogists. 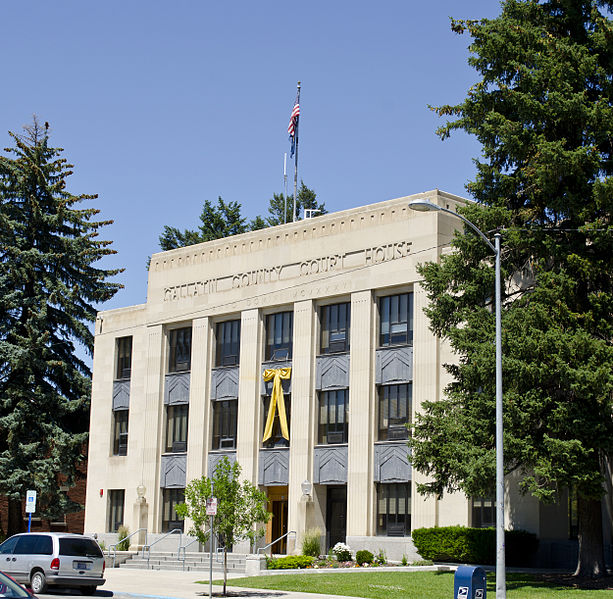 Designed by local architecture Fred Willson, the Gallatin County Courthouse in Bozeman is historically significant as a fine example of Art Deco architecture. It is also notable for its association with Works Progress Administration (WPA), which helped build the courthouse. The WPA was one of the federal agencies established in the 1930s to provide jobs during the Great Depression. The courthouse has served as the seat of county government since its construction in 1936. 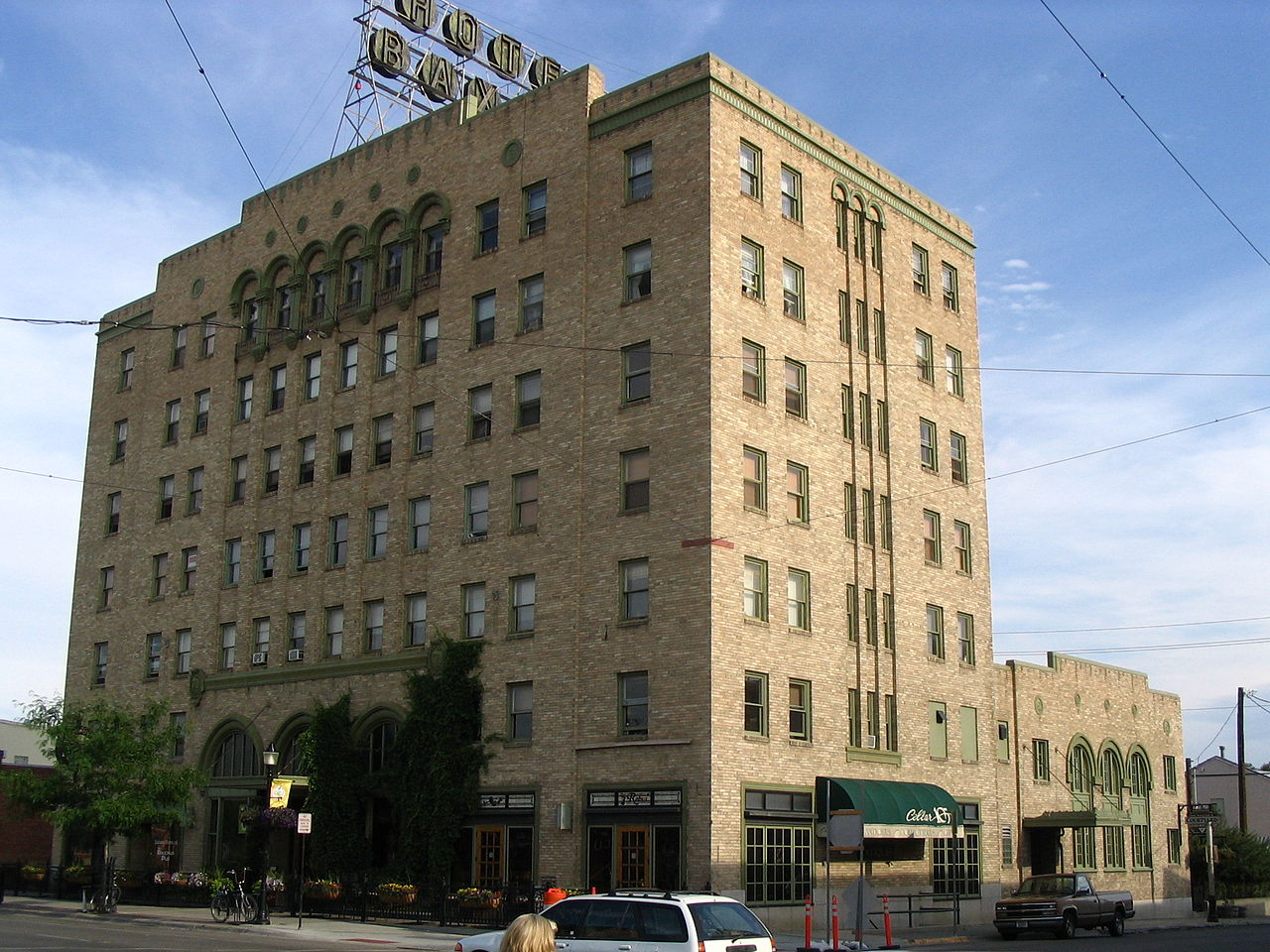 Baxter Hotel was built in 1929 and has remained an important Bozeman landmark ever since. It gets its name from wealthy county rancher Robert Baxter, who provided most of the funding for the building. Prominent Montana architect Fred F. Willson designed it in the Art Deco style. Notable features include a light-buff colored brick exterior, terra-cotta trimmed arched windows over the main entrance doors, and six windows on the top floor with iron balconies and terra cotta arches forming an arcade. A large neon light "Hotel Baxter" sign is located on the roof. The Baxter no longer operates as a hotel but is now a residential building and a wedding and event venue. It also home to three restaurants including the Bacchus Pub, which has been here since 1929 (it was originally called the Baxter Coffee House).

Bozeman's First Presbyterian Church holds the distinction of being home to the oldest Presbyterian congregation in Montana. The congregation formed in 1872 and the church building itself was erected in 1910. The church is an excellent example of the Gothic Revival style of architecture and features a square bell tower with a Gothic arched entryway, arched stained glass windows, and large lancet windows also with stained glass. The church was added to the National Register of Historic Places in 1987. 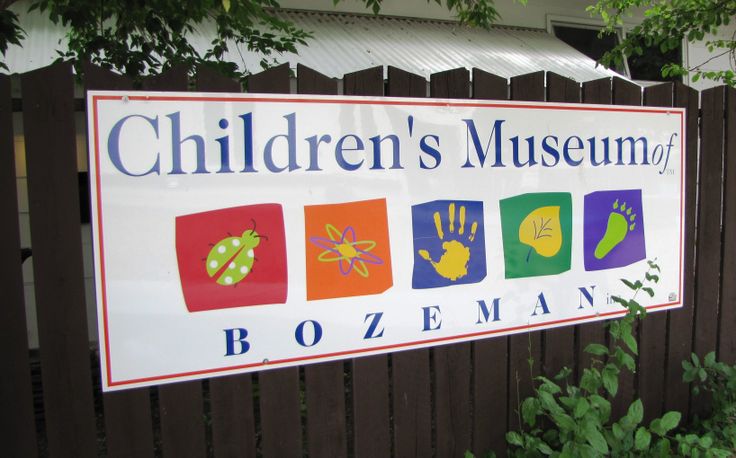 The Children's Museum of Bozeman, housed in its current building in 2008, provides hands-on interactive exhibits and educational programs to help foster children's imagination, curiosity, and self-confidence. It is a 4,600 square foot facility that has classroom in addition to the the exhibit space. Programming includes summer camps, after school programs, and educational programs.

Designed by architect George Hancock, St. James Episcopal Church was built in 1890 and is an excellent example of Gothic architecture (the rectory was erected in 1883). Constructed using stone, notable features of the church include a bell tower on the southeast corner with arched openings and a steeply pitched roof, Gothic windows with stained glass, stone buttresses, and a Gothic arched main entrance. The congregation formed around 1868, making it one of the first to do so in Bozeman. The church was added to the National Register of Historic Places in 1987. 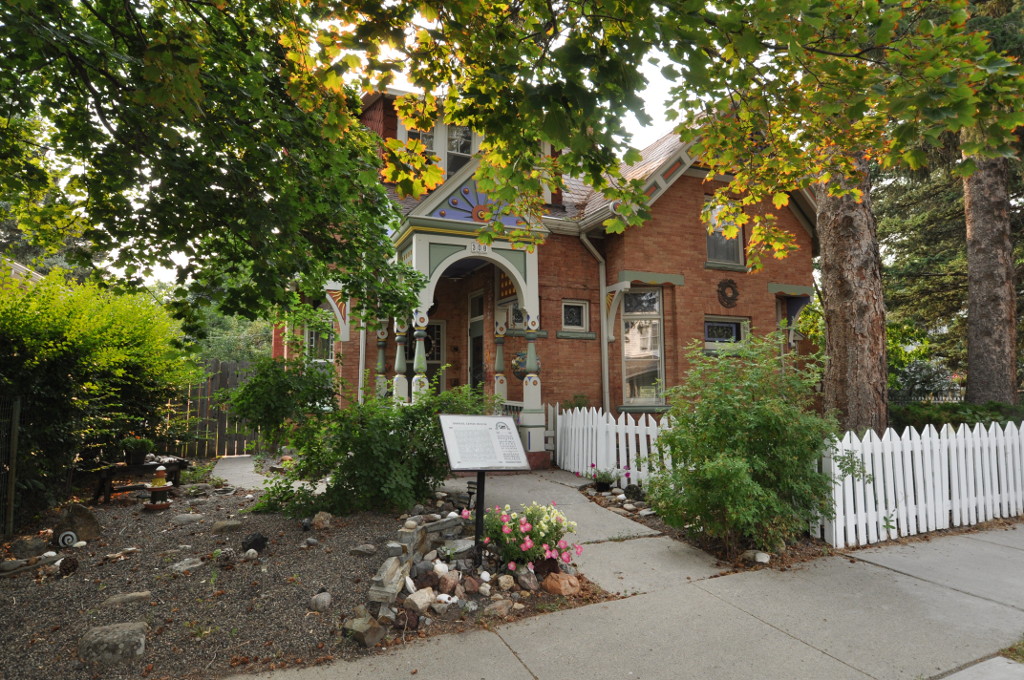 Originally built in 1883, this historic house is a significant landmark in Bozeman. It was the home of Samuel Lewis (1835-1896), who was a leading member of the local African American community in Bozeman between 1868 and 1896. Born in the West Indies, he became a successful barber and miner as adult, and eventually settled in Bozeman where he opened a barbershop and also built and rented four houses. When he died, his estate was worth $25,000; it is likely no other African American in Montana was that wealthy at the time. Lewis is also known for being the brother of Edmonia Lewis (1844-1907), who became a successful sculptor known around the world. The house is also significant for its Queen Anne architecture and reflects Bozeman's development as it evolved from a town with modest homes to more sophisticated ones (Lewis remodeled the house in 1890). 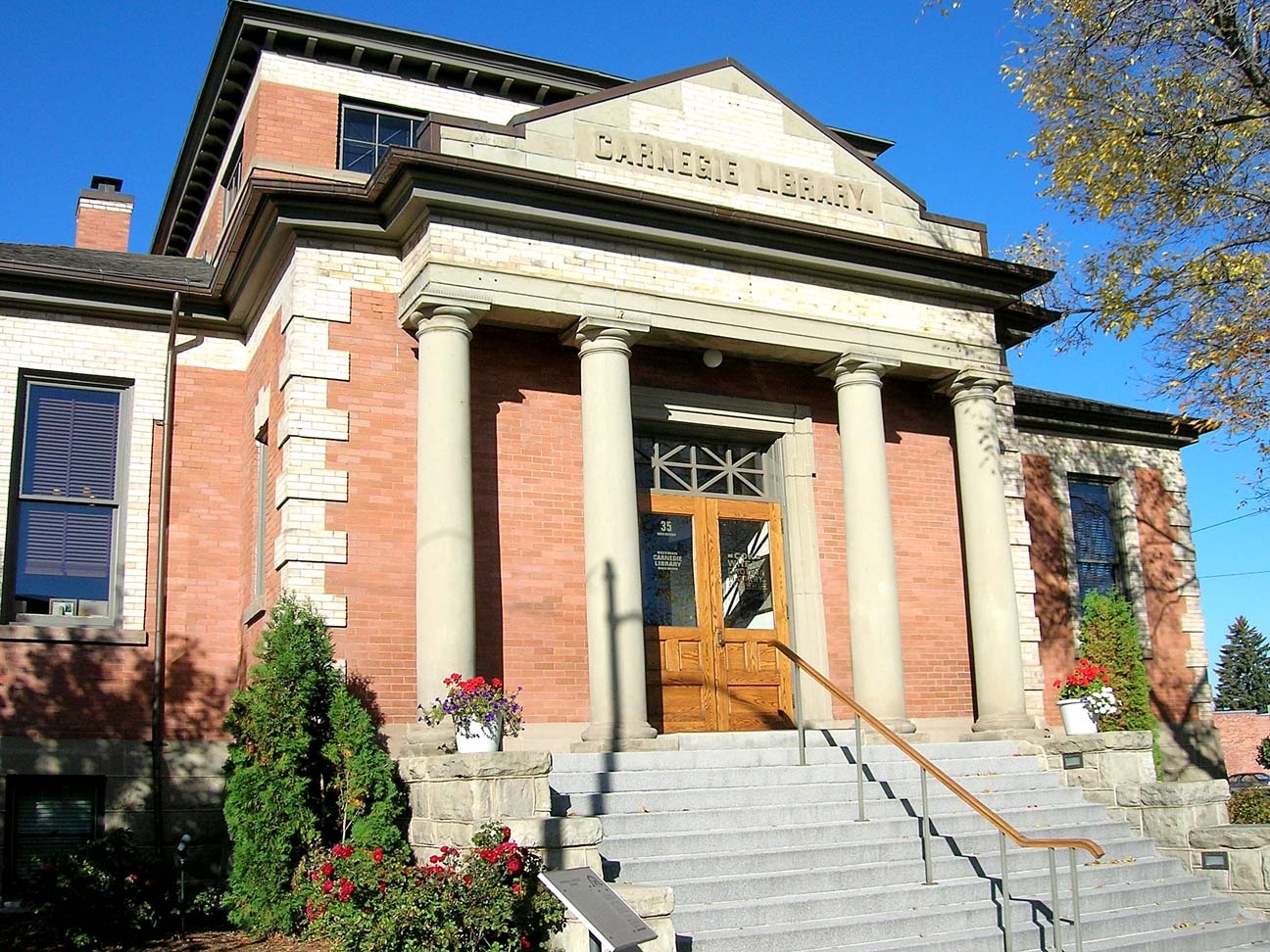 The Bozeman Carnegie Library, now owned by the law firm Cok Kinzler PLLP, is a historic building located in Bozeman, Montana. Designed by architect C.S. Haire in the Classical Revival style, it was built between 1903 and 1904. It was placed on the National Register of Historic Places in 1979. 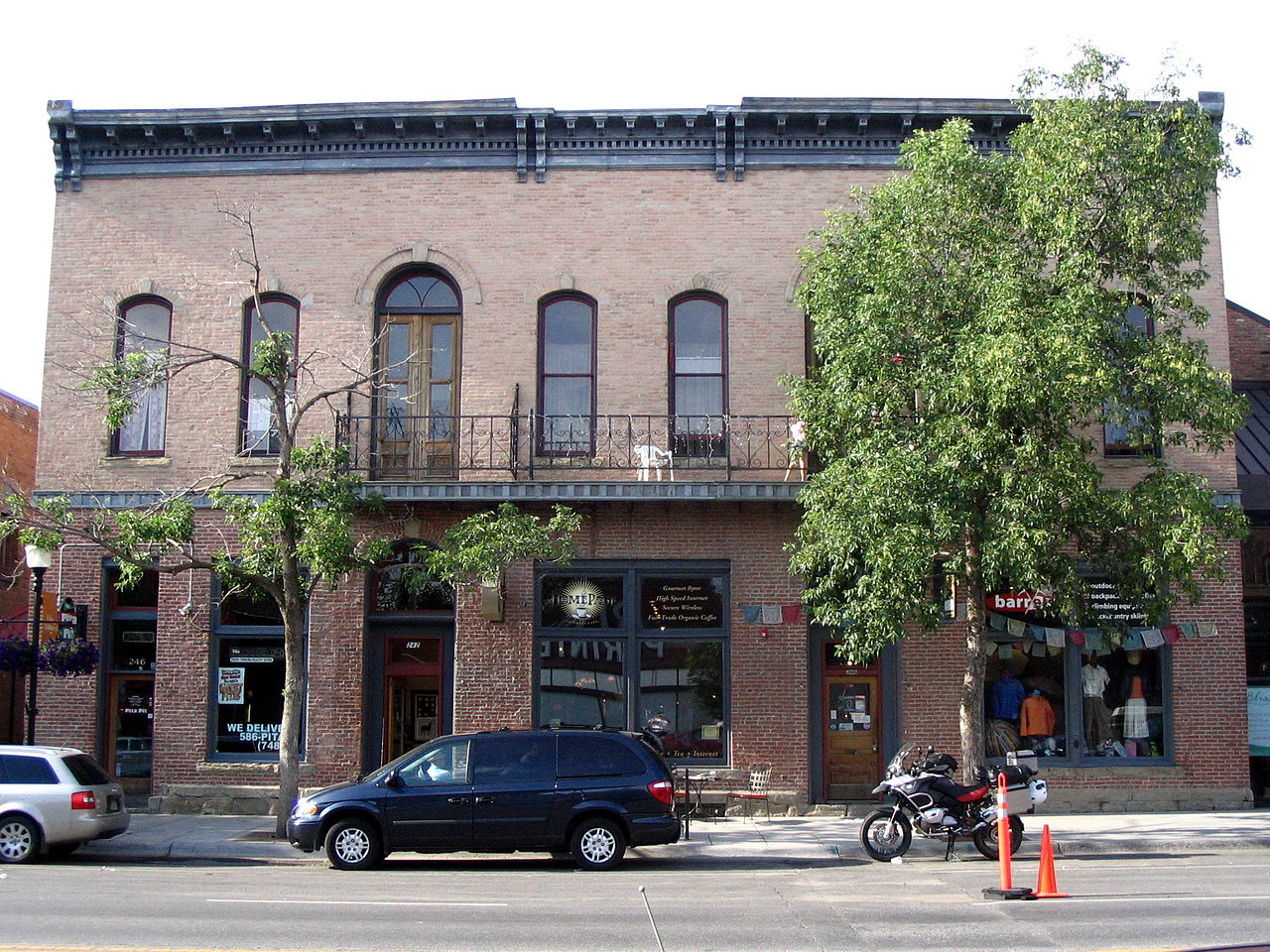 Also known as Maxey Block, the Spieth and Krug Brewery building has been a landmark on Main Street since its construction in 1883. It is named after its builders Jacob Spieg and Charles Krug, who immigrated to America from Germany in the mid-1850s. They met in Bozeman around 1867 and decided to establish the brewery—the town's first. The building, which replaced the original wood-frame brewery, is an excellent example of Italianate architecture, featuring arched windows, semi-circular doors, a cast-iron railing on the second floor, and an ornate metal cornice (the decorative part along the top of edge of a wall). In 1895, the another German immigrant, Julius Lehrkind, bought the brewery and moved it to the north part of the city and renamed it Bozeman Brewery (that site is now the Bozeman Brewery Historic District and a separate Clio entry). Today, the building is home to retail businesses. It was added to the National Register of Historic Places in 1984.