Will and Roxie Stephens built this home in 1912 from pine trees on the family homestead in what was then eastern Manatee County (now Hardee County). This house shows off how early Floridians lived without air-conditioning. The high ceilings and open air hallways allowed for a nice breeze to blow through the house, while the large porches provided breezy, shady places to sit. This house was moved here in 1982. While renovations were made, the flooring is original and the fireplace is made of the original bricks. The furnishings were not the ones used by the family, but are representative of the time period. 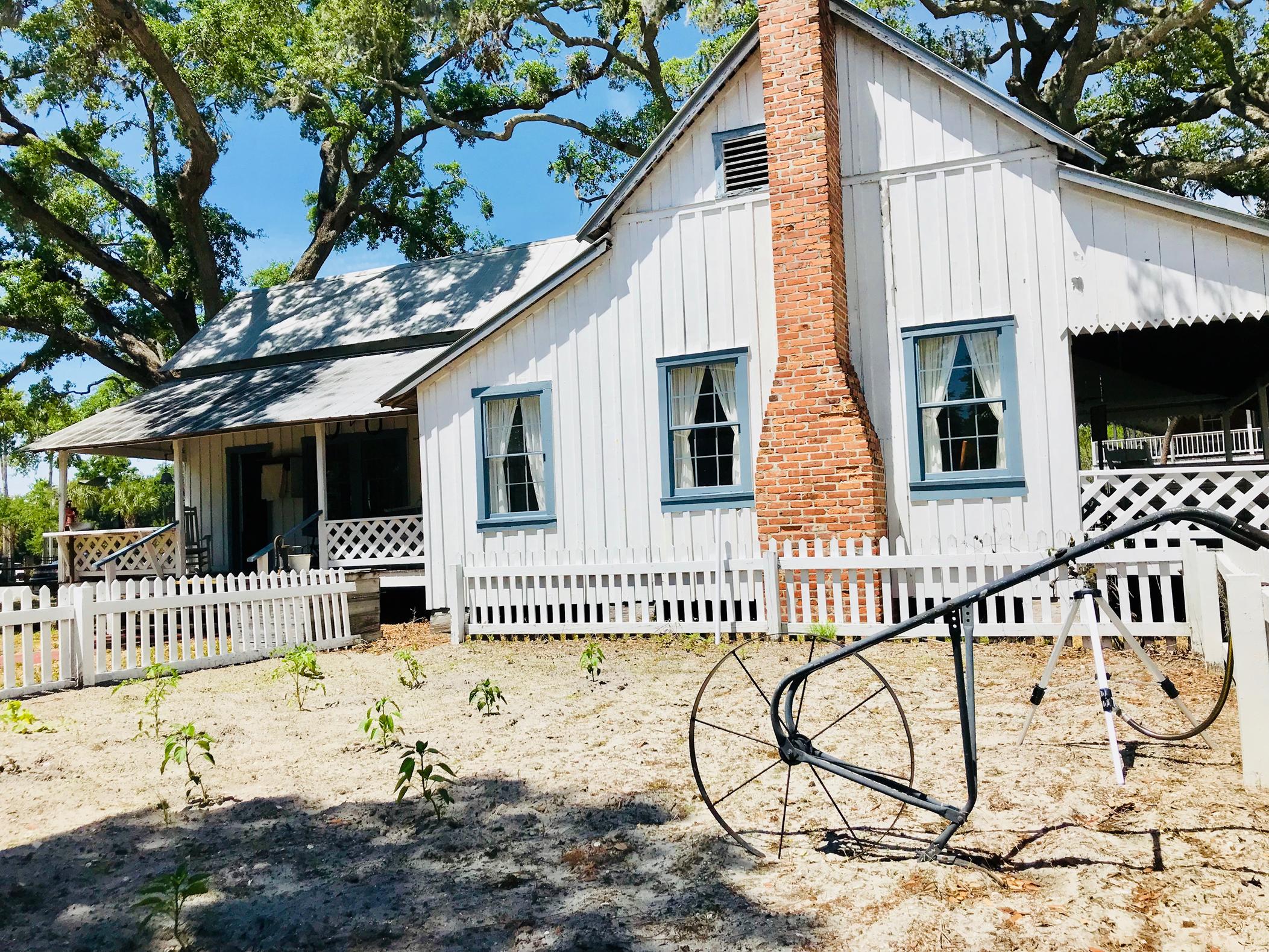 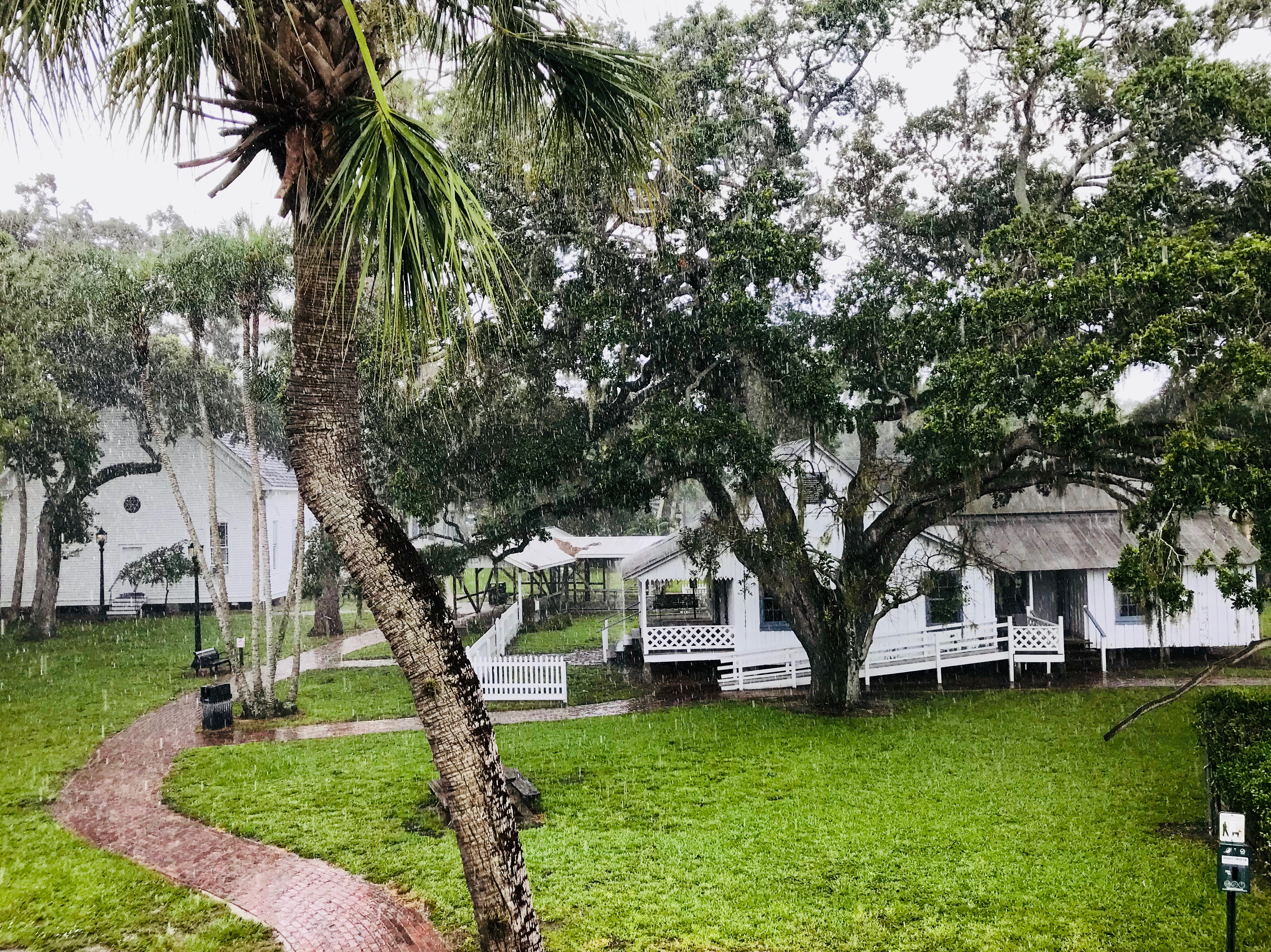 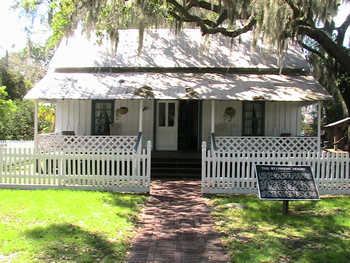 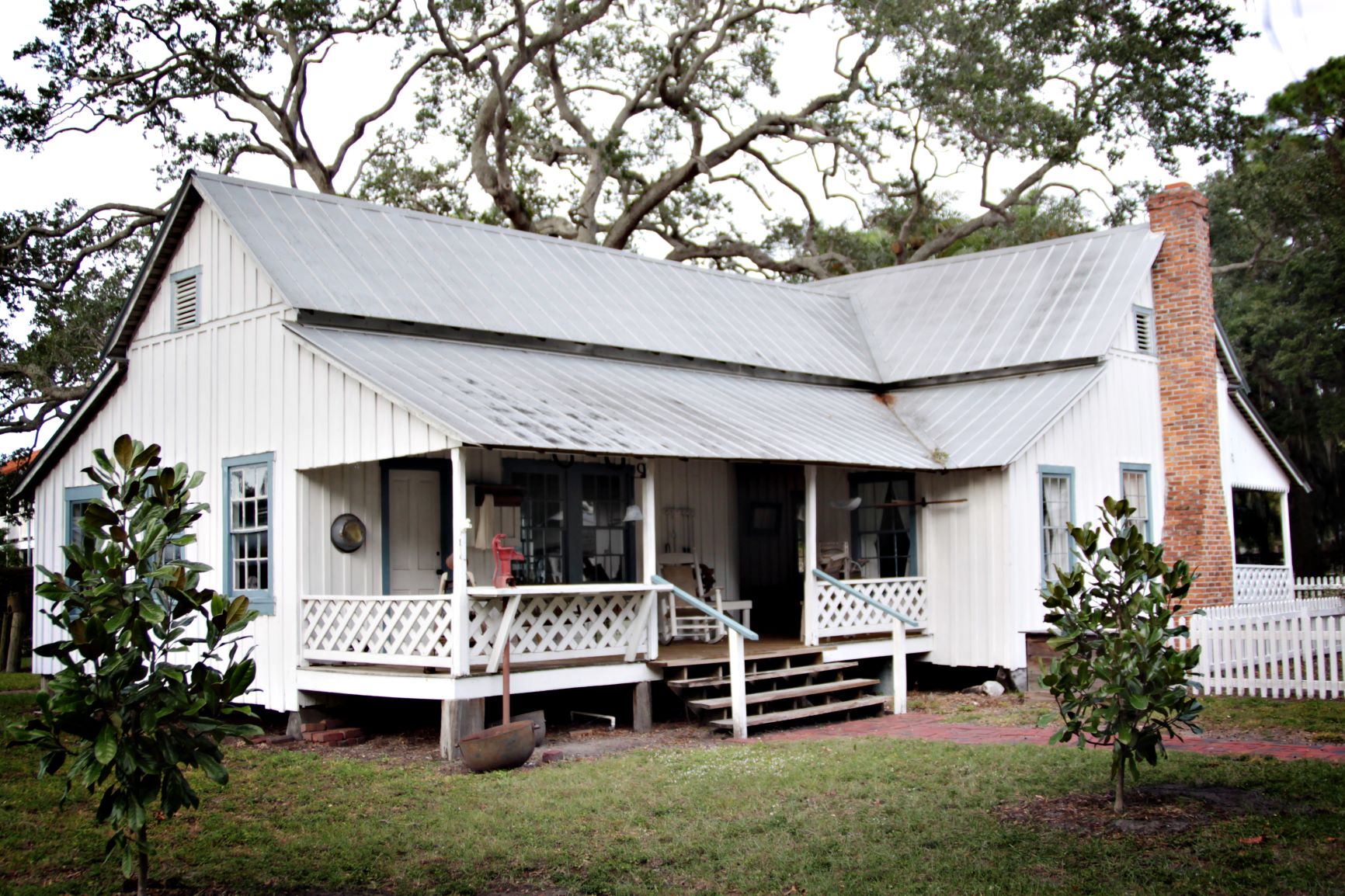 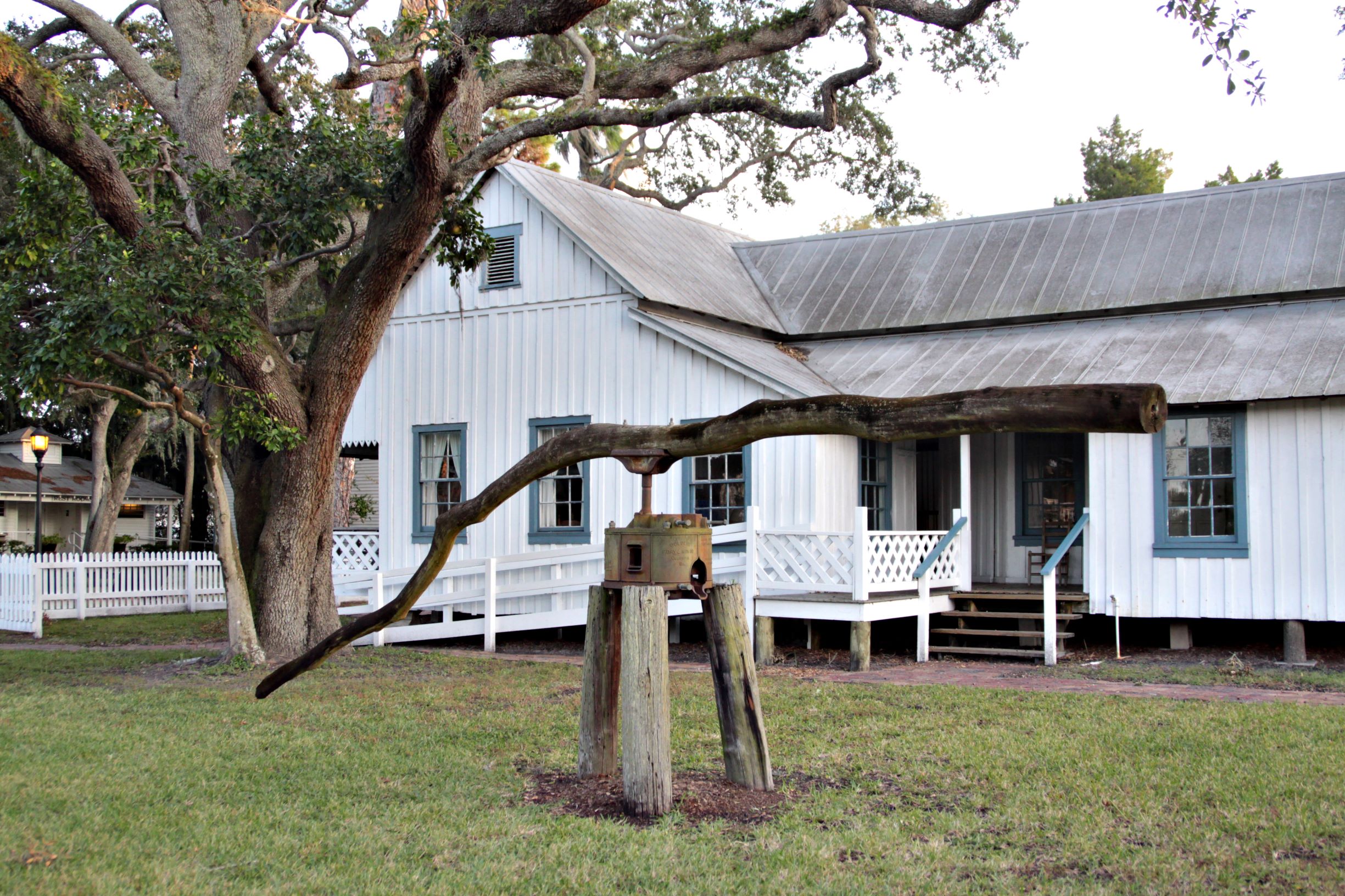 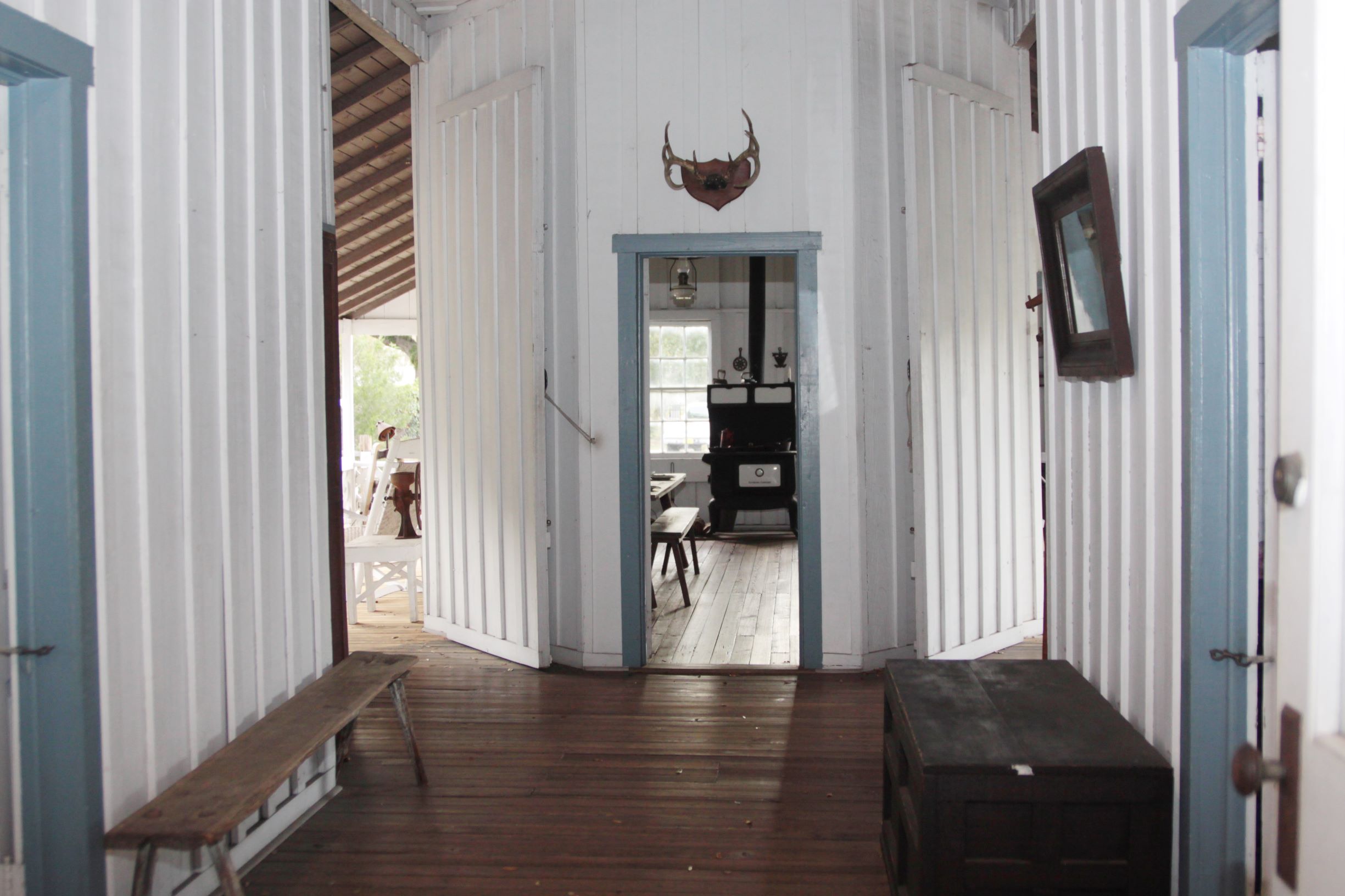 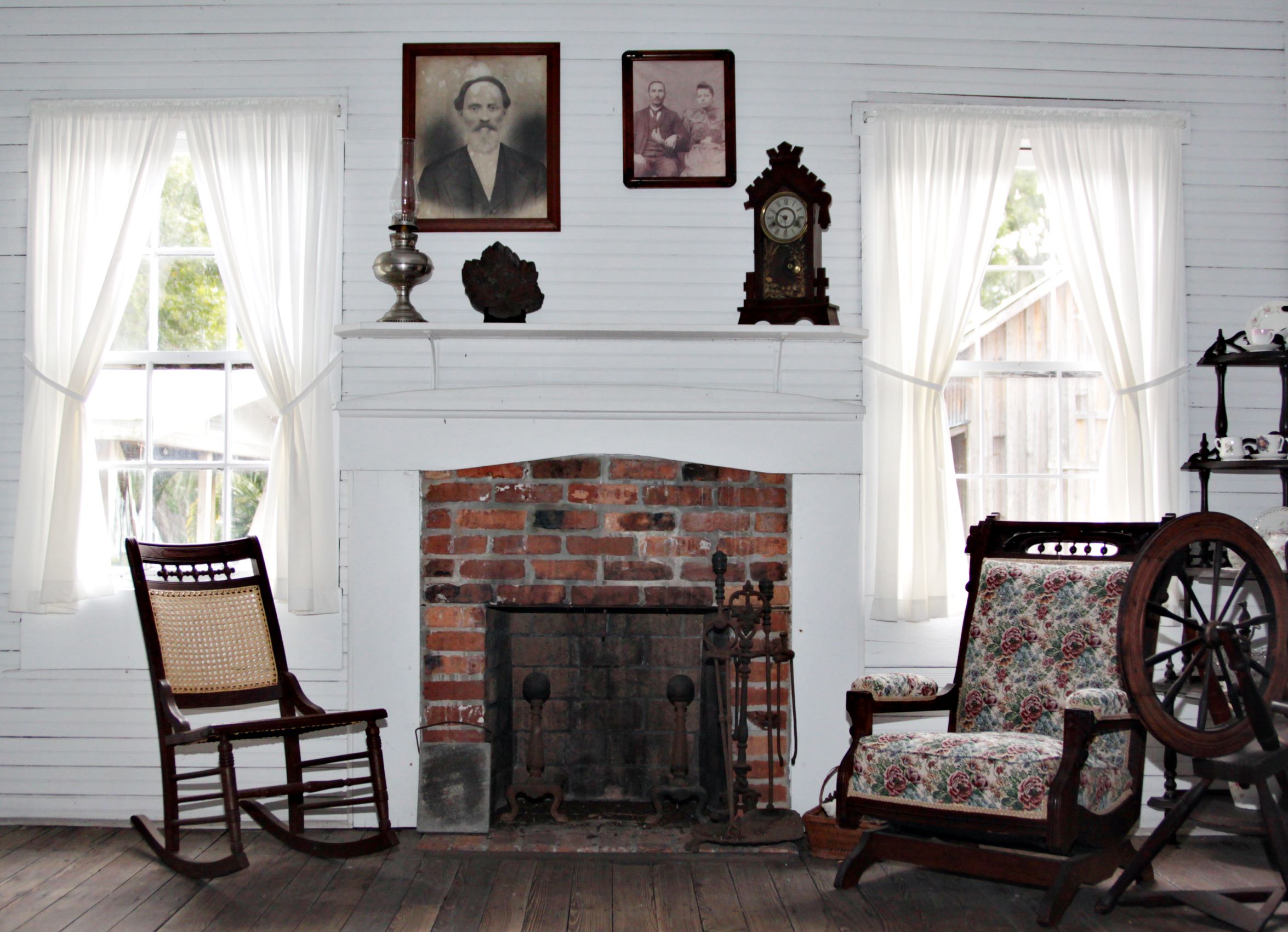 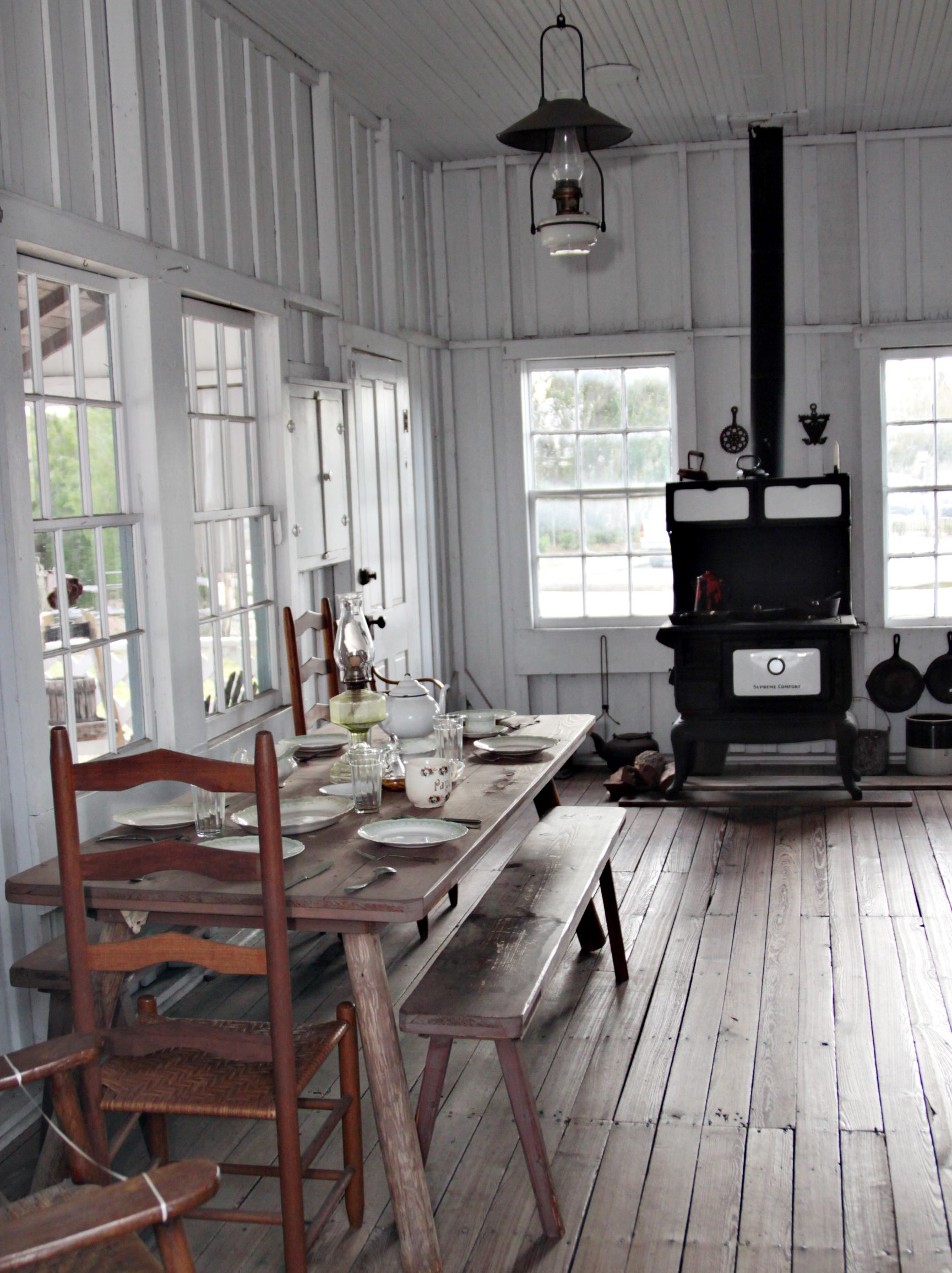 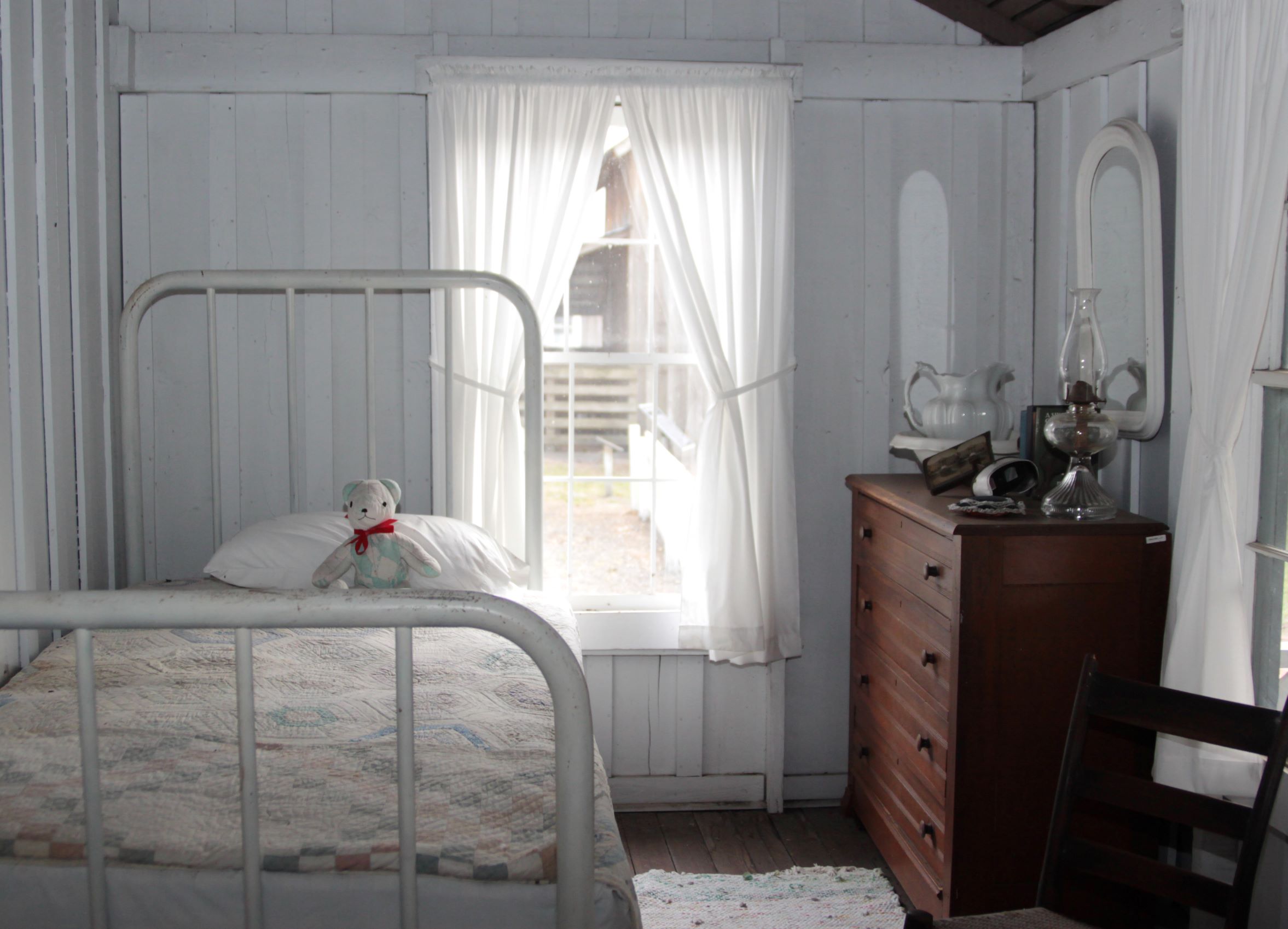 How did early Florida settlers survive the long summers without fans or air conditioning? They built their homes to take advantage of shade, insulation and air circulation. This “Cracker Gothic” (Classic Cracker) style settler’s home shows off several of these techniques.

The heart pine blocks elevate the house 2 1/2 feet off the ground to allow air flow under the house. The large front porch shades and cools the breeze before it enters the house. The large central hallway with a high ceiling funnels the cooled air through the house. The house is divided into separate rooms that can be opened or closed according to the needs of the family and the seasons of the year. Here in the museum, the home is shaded by live oaks.

The Will Stephens family built this home in 1912 from pine trees on the family homestead, established in 1894 in what is now Hardee County. The home is an excellent example of rural frame dwellings in Florida between 1870 and World War I.

When the homestead was purchased for mining, the Stephens House became the property of the International Mineral Corporation. The company donated the house to the Manatee County Historical Commission. It was cut into five parts and moved here in 1982.

As with most of the museum structures, the Stephens House was restored by volunteer labor and funds contributed by Historical Commission members, individuals, organizations, and foundations.

The flooring throughout the home is original. The fireplace is made of the original bricks. The furnishings are not the ones used by the family but were in popular use at the time.

The home’s exterior is painted rather than whitewashed. The Stephens family decided, when they built this house, it would receive the best white paint that money could buy.