The Fogarty Brothers, fisherman from Key West, settled in Manatee County in 1866, marking the start of Manatee County's boat-building industry. The brothers established Fogartyville on the banks of the Manatee River. It was a small town with a general store, churches, cemetery, bakery, and more. The heart of the town were wharves and buildings for the construction of boats. Bat Fogarty was the son of one of the Fogarty Brothers. This building once housed Captain Bat Fogarty’s last boat works (boat-building workshop). This boat works was originally constructed on the bank of the Manatee River. Capt. Bat built vessels for many years after the close of the Fogarty Shipyards. His boat works closed with his death in 1944. In 1993 his grandson, Charles Fogarty died and the family gave the building to the South Florida Museum (now the Bishop Museum). Inside was a time capsule: wood patterns and molds, tools, and belt driven machinery were all left where Capt. Bat last placed them. Through the efforts of the Manatee County Historical Commission, the Florida Historical Society, and the Fogarty Family, the boat works was preserved, moved to Manatee Village Historical Park, restored and opened to the public in 1995. Additional equipment from the boat works is on display at The Bishop. 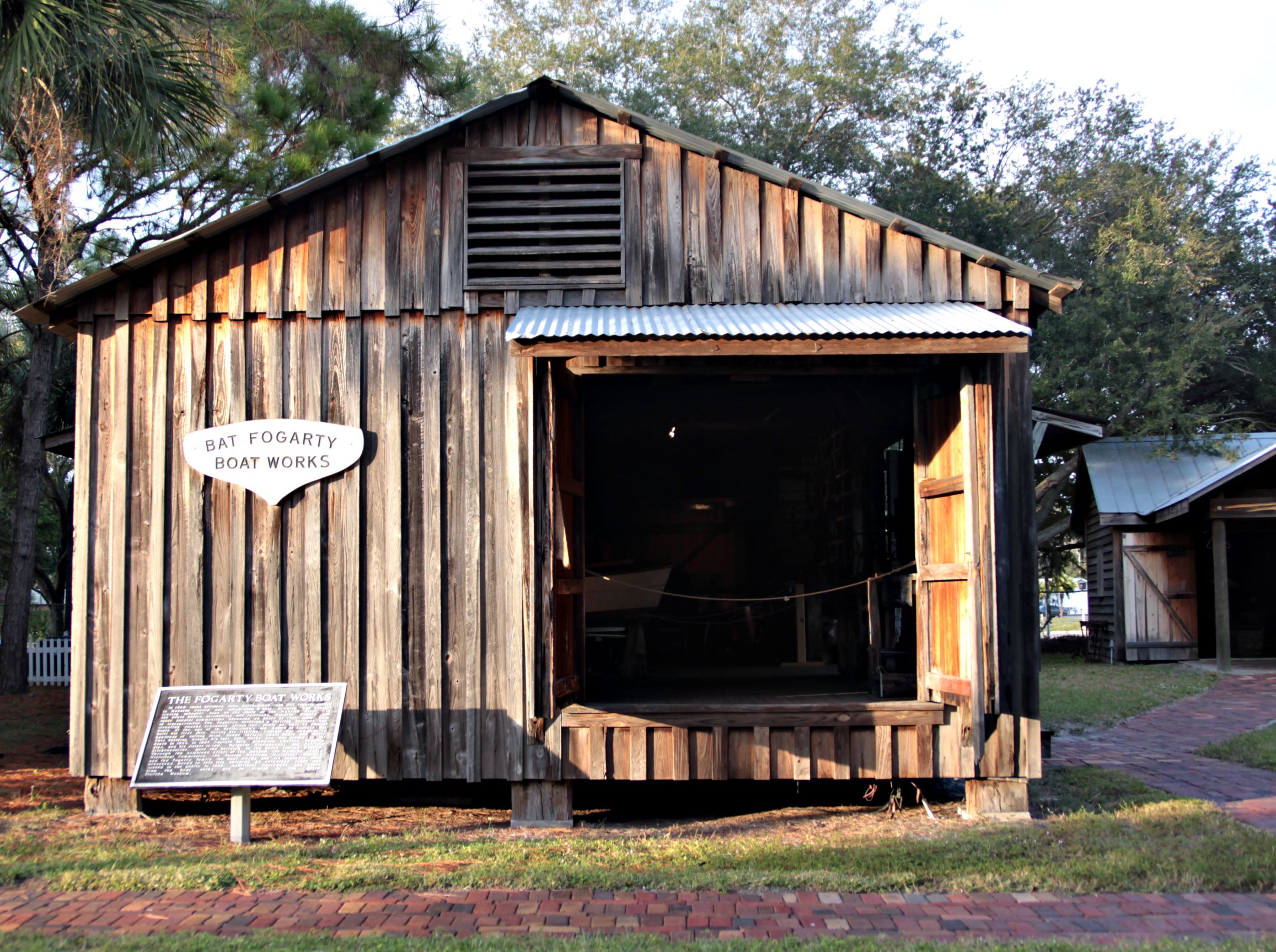 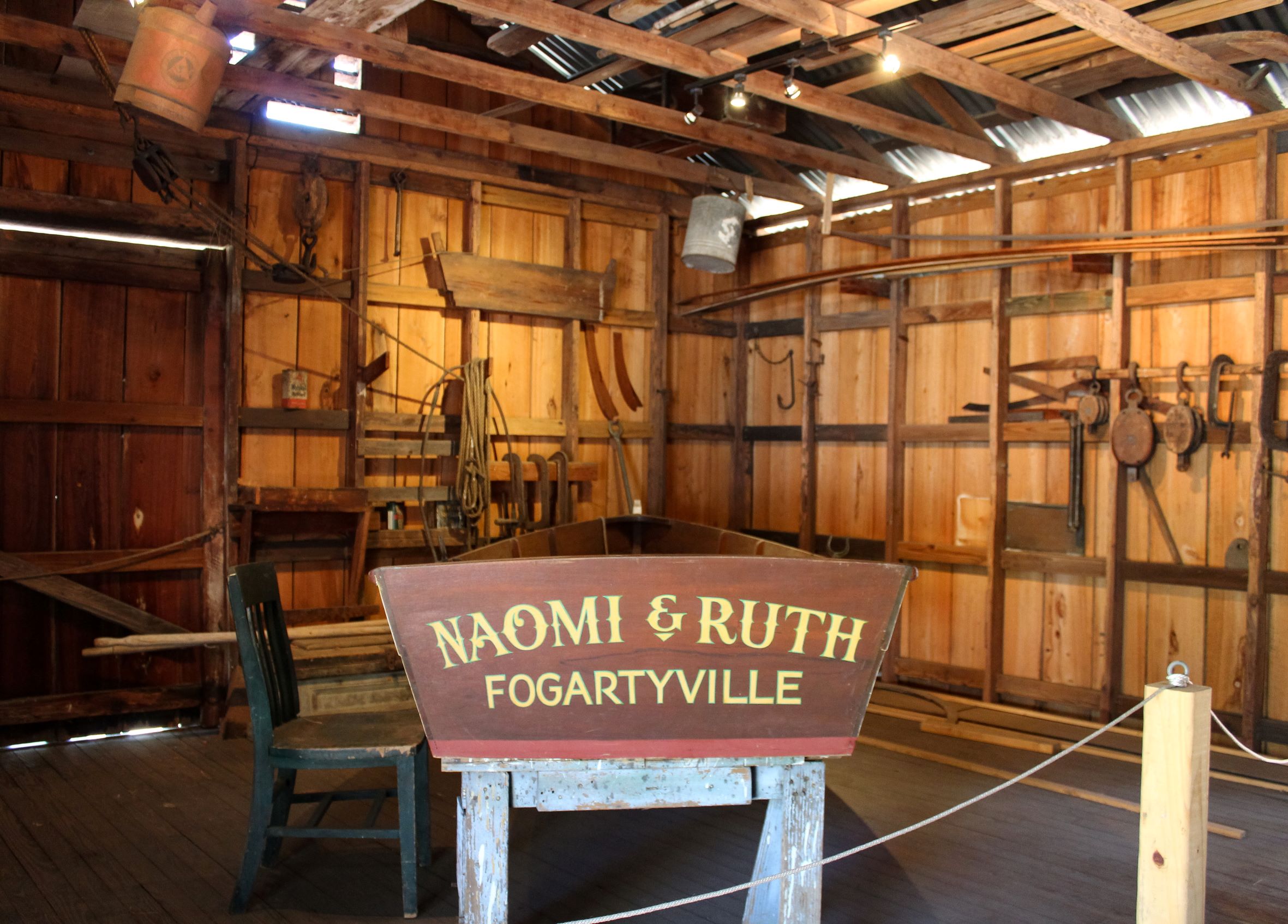 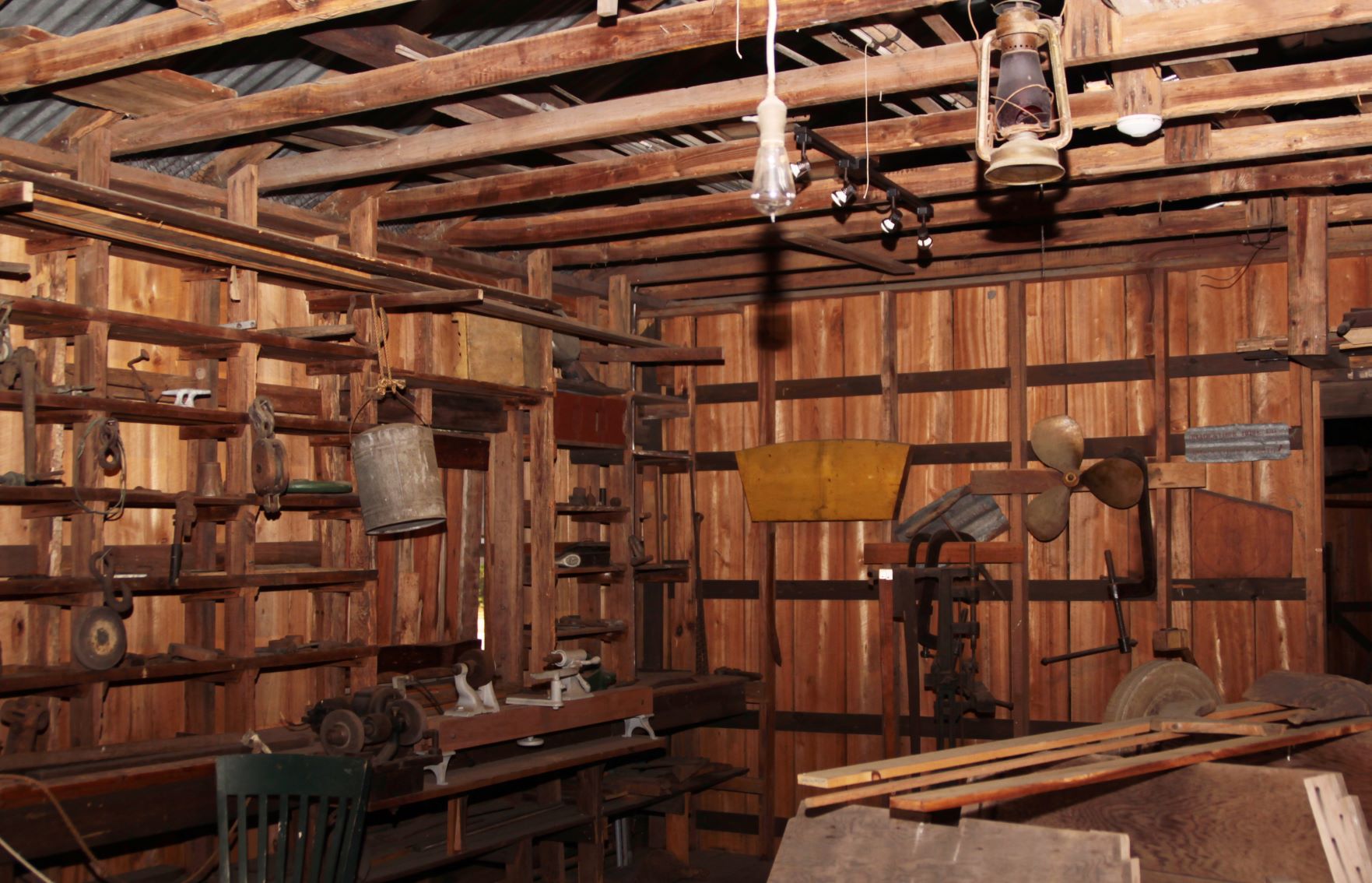 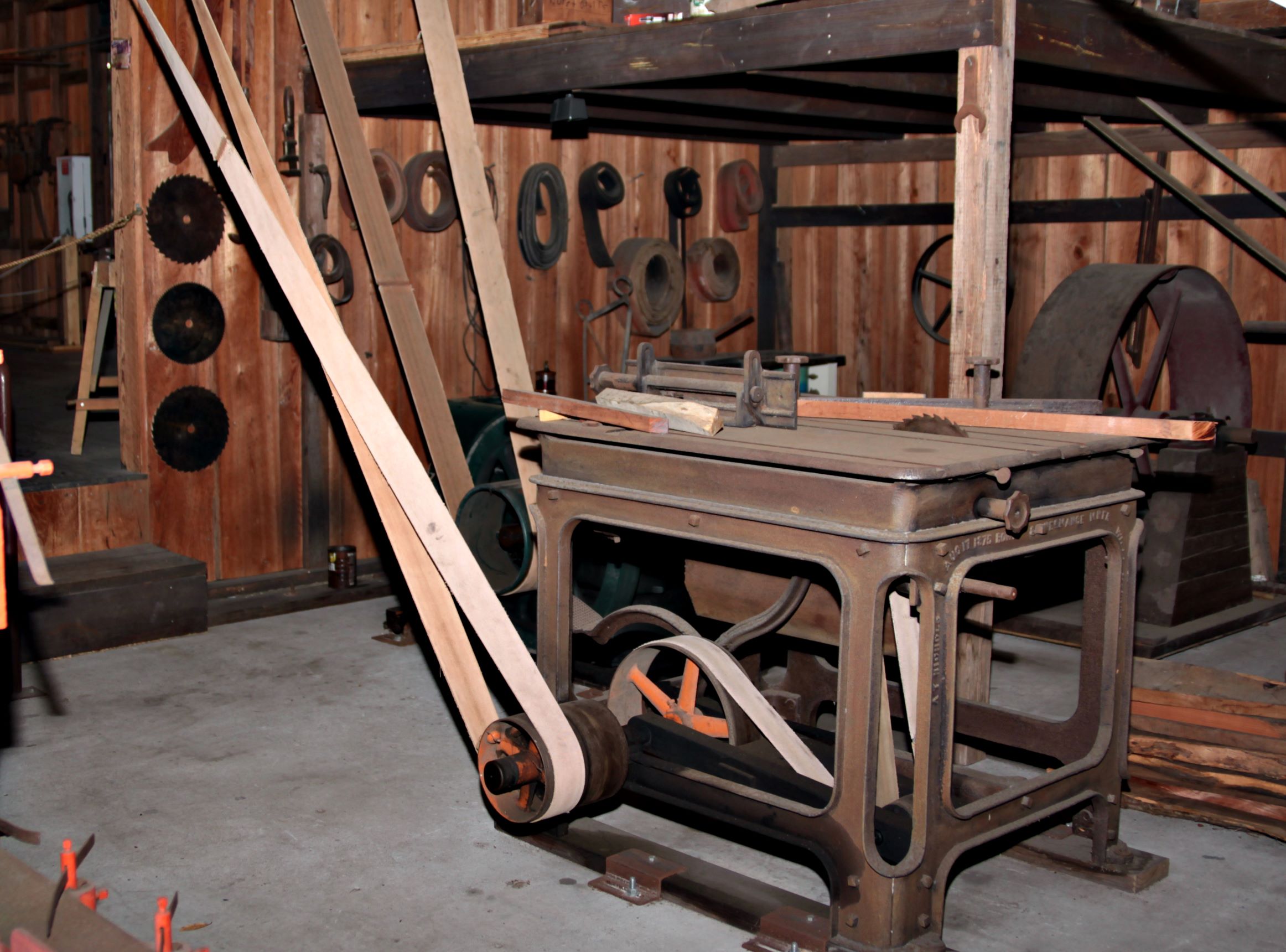 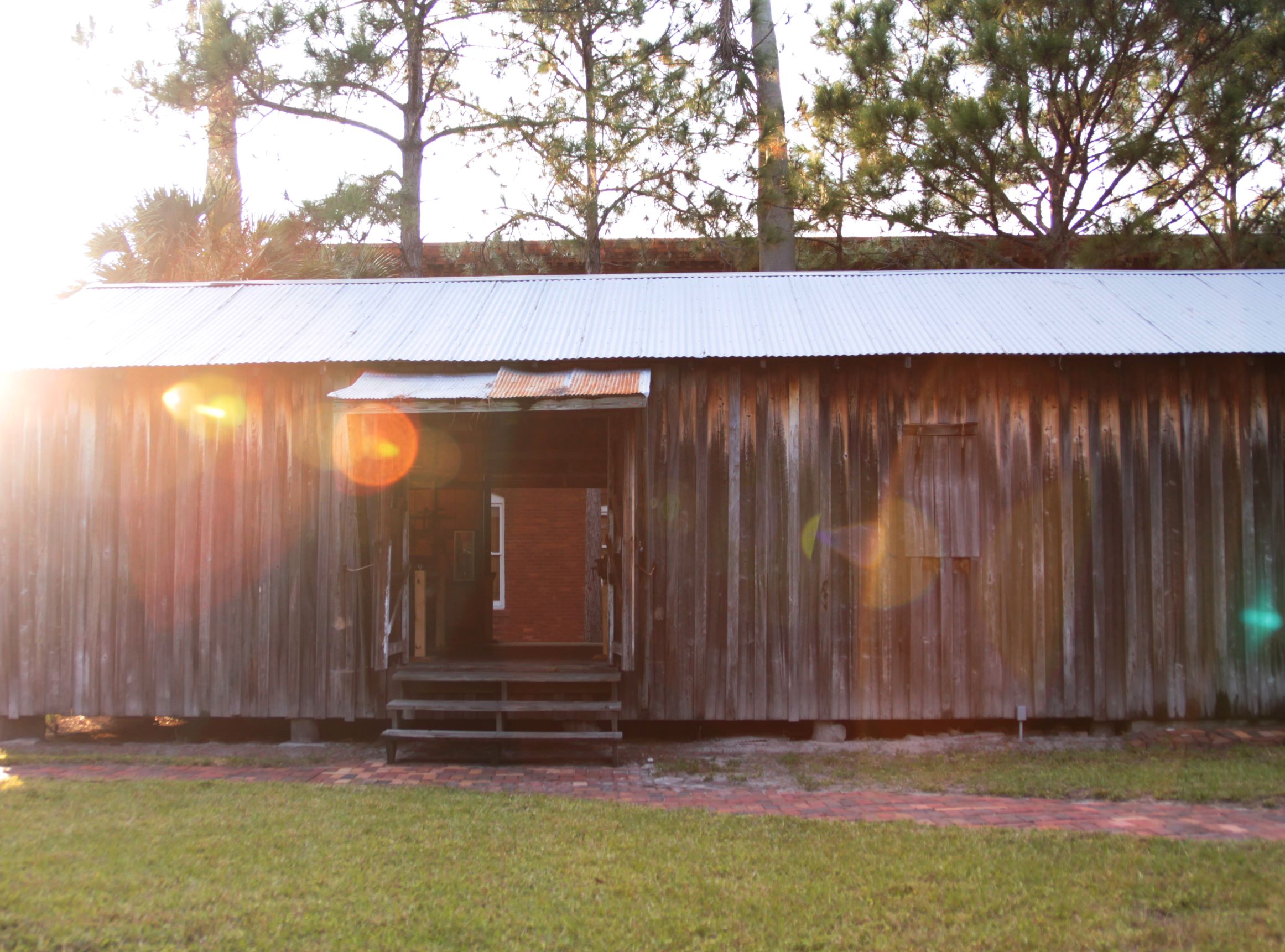 The Fogarty Boat Works is one of several historical structures preserved at Manatee Village Historical Park.

In 1865, a storm blew the fishing vessel Grover G. King off its northbound course from Key West.

Captain John Fogarty sailed into the mouth of the Manatee River for protection. When the storm lifted, Fogarty liked what he saw. The wide river, natural harbor, abundant wildlife, large schools of fish, and woods thick with oak and cedar convinced him this was the place to live and launch his business.

The Fogartys claimed land grants totaling 135 acres between what is today Manatee Avenue and the Manatee River, between 26th and 37th streets west. The area became known as Fogartyville and included homes, a general store, bakery, small dairy, two churches, cemetery, warehouses, wharves and buildings for the construction of ships and boats. In all, seven Fogartys became ship captains and sailed ships from the Manatee River and Tampa Bay throughout the world.

At the age of 19, Tole’s son, also named Bartholomew and later as Captain Bat, built his first ship. For the next 60 years, Capt. Bat constructed hundreds of sailing ships, power vessels, small boats and skiffs the way his father and uncles taught him.

When Capt. Bat died in 1944, his family closed his boat yard. In 1993, the family willed the boat yard to the public. Restorers opened the building you see today to find its contents preserved as if in a time capsule: half-hull models, wooden patterns and molds, tools, equipment and belt-driven machinery, just as Capt. Bat left them.