Item 5 of 7
This is a contributing entry for 2015 Barn Tour and only appears as part of that tour.Learn More.

The Laser Barn is particularly interesting as it is really two distinct barns. The front, raised barn is a plank construction with a unique truss system that sates to the 1910's or 1920's. As large timber became harder to find at the turn of the century, builders looked to laminated plank construction. The back barn may be the oldest barn featured on the barn Tour and dates back to the pre-Civil War era. The original pole rafters are still visible, and the main entry has been moved to a transverse presentation. 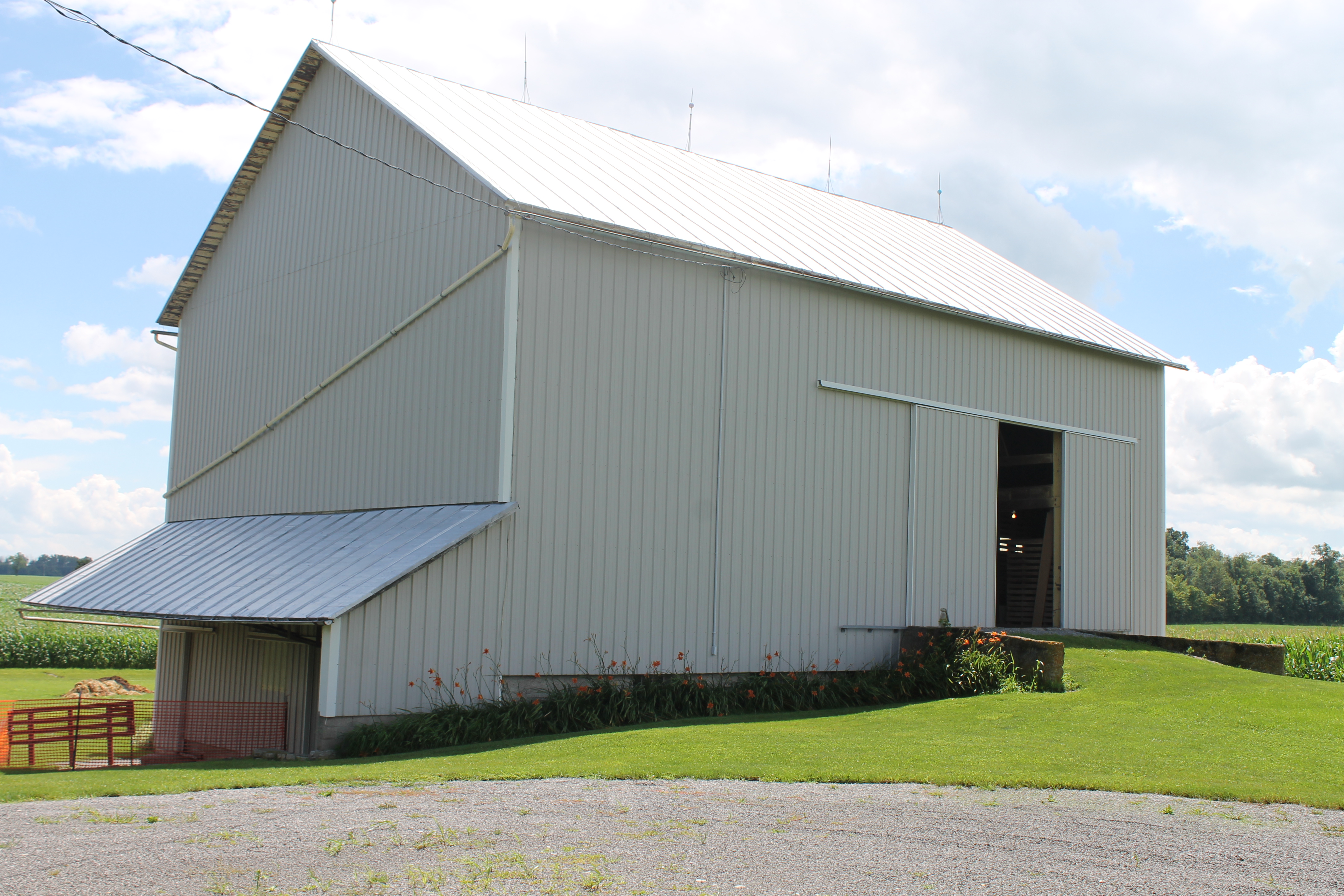 The front barn is a raised barn with stalls and cemented floor below. It is a plank barn that likely dates to the 1910's or 1920's. With the loss of large tree forests by the late of 1800's, the days of large dimension timber framing were coming to a close. Farmers looked for a more inexpensive and faster was of barn construction while maintaining strength and diversity in design. Builders were experimenting with truss and laminated plank frame construction. Interestingly, this barn does not make use of any of the standard trussing systems used at the time. It was build for hay storage.

The back barn is a ground barn and was built much earlier. Several adaptations have been made to this early barn, but much of the original structure is intact. As one time, it had a raised floor system that is no longer visible. The original straining tie was taken out to make way for the hay track. The hay track itself is an early rendition and is made of wood. While the barn now presents itself as a transverse barn (entrance on the short wall), evidence suggests that the original entrance was on the long wall. The barn is almost entirely hand-hwen, including much of the smaller bracing. There are a handful of examples of very early sash sawing and the original pole rafters are extant. These details suggest that the barn was constructed in the 1850's and perhaps as early as the 1840's, making it one of the earliest barns ever featured on the Barn Tour.