The House Building and Miller Block 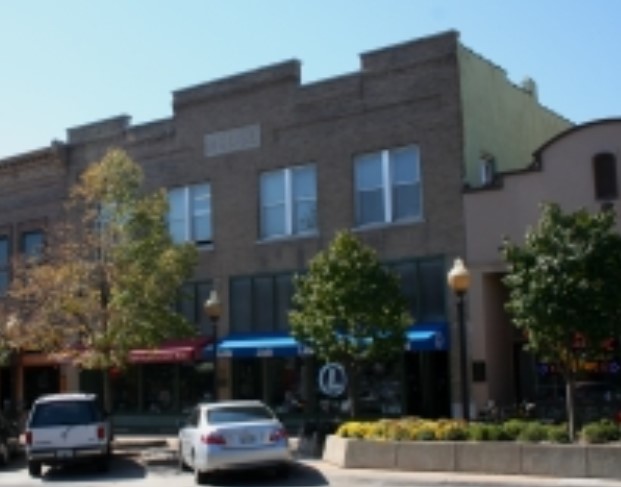 Josiah Miller, the builder of Miller's Block (later the House Building), was one of the five men chosen by the sufferers of Kansas to request redress from the Federal Government for the invasion of the Kansas Territory and resulting loss of life and property in 1856. The resolution, adopted by the group in November 1858 in Lawrence, claimed that Kansas citizens did not start the disturbances, and the Federal Government failed to protect the citizens from the invaders, many of whom were not residents of the territory.

Jacob House was inside this building when Quantrill's bushwhackers demanded he be their local guide on their raid that brought death and destruction throughout Lawrence in 1863. House's life was spared, but the attack became the most deadly act of terrorism on American soil until the Oklahoma City Bombing. House continued to operate his men's clothing shop - the St. Louis Clothing Store - in the space he leased in 1862 from Josiah Miller until his death in 1913. House was said to be the oldest clothing merchant in the state at that time. He had already involved his son, Robert E. House, in the family business, which was later known as J. House & Son.

In 1905, the Sanborn Fire Insurance map shows the clothing store at 729 Massachusetts Street and a music shop at 731. The third floor was used as a meeting hall for an African-American lodge. Robert E. House only lived eight years after his father's death; his widow, Irma, inherited the business in 1921. Irma House had the building's third story removed and remodeled the upstairs offices; she had the name "HOUSE" added to the second story of the main facade.

After the renovations, the House clothing store continued to occupy the 729 Massachusetts Street location under new ownership and a new name. The 731 space next door was the location of Clarence "Swede" Wilson's billiard parlor from 1913 to 1944. The second-floor office spaces were quickly leased to lawyers J. B. Wilson and F.B. Dodds, who stayed in the building until the 1940s. A dentist, Dr. Edward Bumgardner, opened his office upstairs and it remained there into the 1920s.

R.C. Miller bought the building from Irma House in 1936 and operated a furniture store there until 1946. The building is currently managed by Kanwaka, LLC, who has an office on the second floor at 729 - 1/2, Suite 208. The House Building is listed for sale, with nearly 11,000 square feet, with 17 office spaces upstairs. The price has been reduced and is now just under 1.7 million dollars. J. Lynn Bridal and a local stationery store, Ruff House Paperie, with four vintage letterpress machines, lease the ground floor commercial spaces. If you visit J. Lynn Bridal, say hi to their welcoming committee, Pumpkin, a French bulldog. The Ruff House folks named their store after their Great Dane, Jack. I think he lives at their home, not the shop.

The House Building is a contributing resource in the Lawrence's Downtown Historic District, listed in the National Register in 2004. The building has been listed individually in the Register of Historic Kansas Places as of 2000.