Constructed in 1912 to replace the previous Liberty Hall that burned down the previous year, this historic theater hosts live performances and film screenings. One of the cornerstones of Downtown Lawrence's Historic District, Liberty Hall stands at the site where Kansas Territory's first abolitionist newspaper, The Herald of Freedom, was published. That building was burned to the ground in 1856 by Samuel Jones, the pro-slavery Douglas County Sheriff, during the Sack of Lawrence. The newspaper office was replaced that same year by Samuel Edwin Poole. Poole's building also housed the city post office and business that sold sewing machines, pianos, and organs. A new owner renovated the building and added a third floor in the 1880s to create the Bowersock's Opera House. The current Liberty Hall building was constructed after a fire in 1911 destroyed the opera house. Liberty Hall was renovated in the 1980s and hosts many live performances. 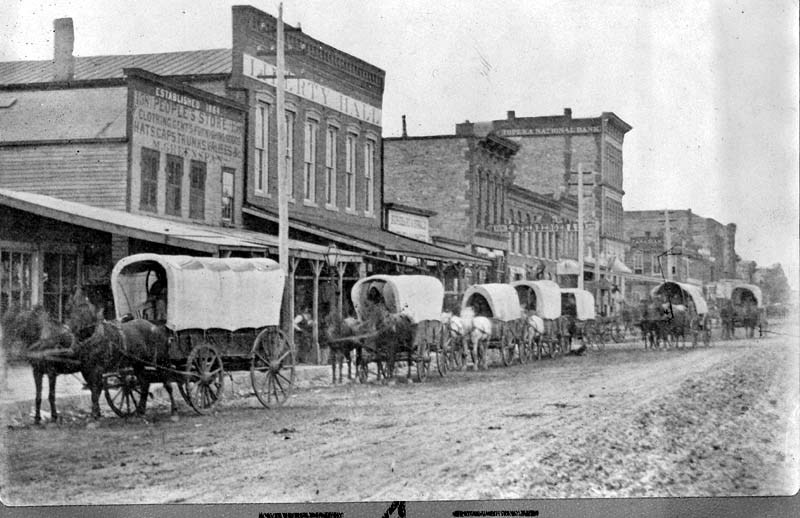 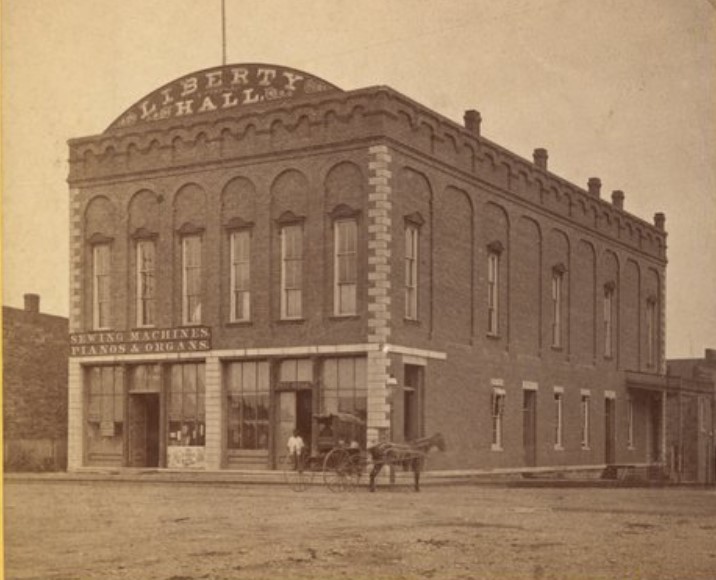 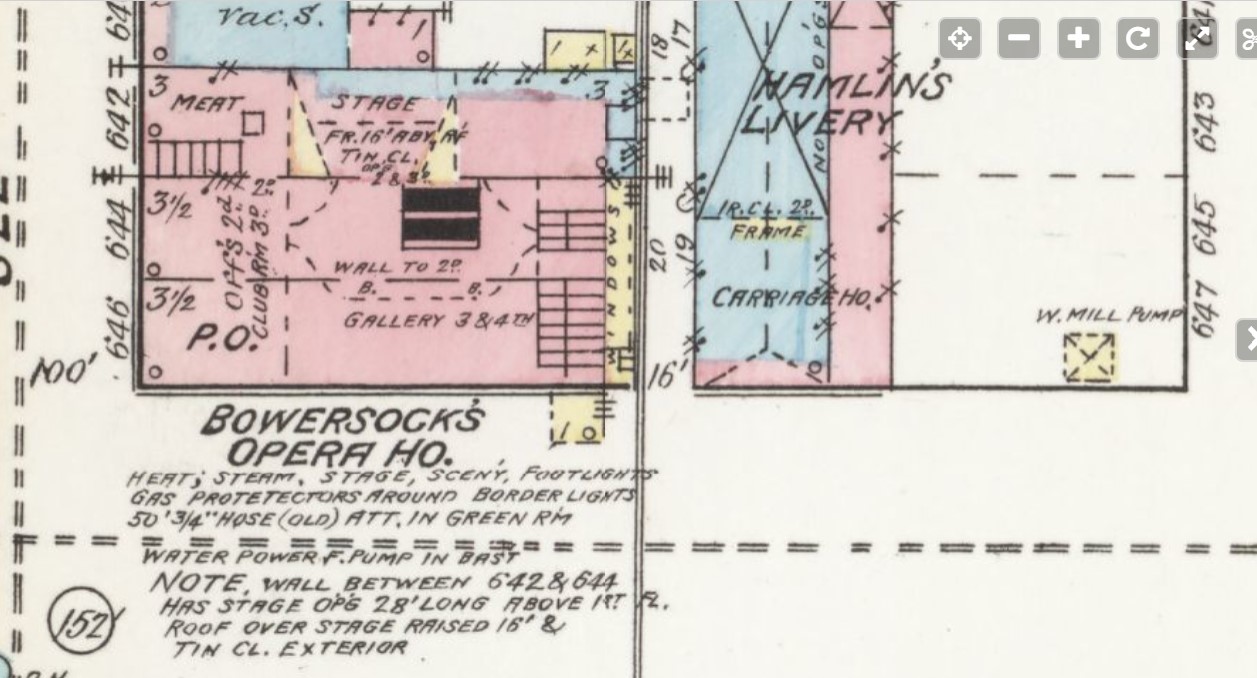 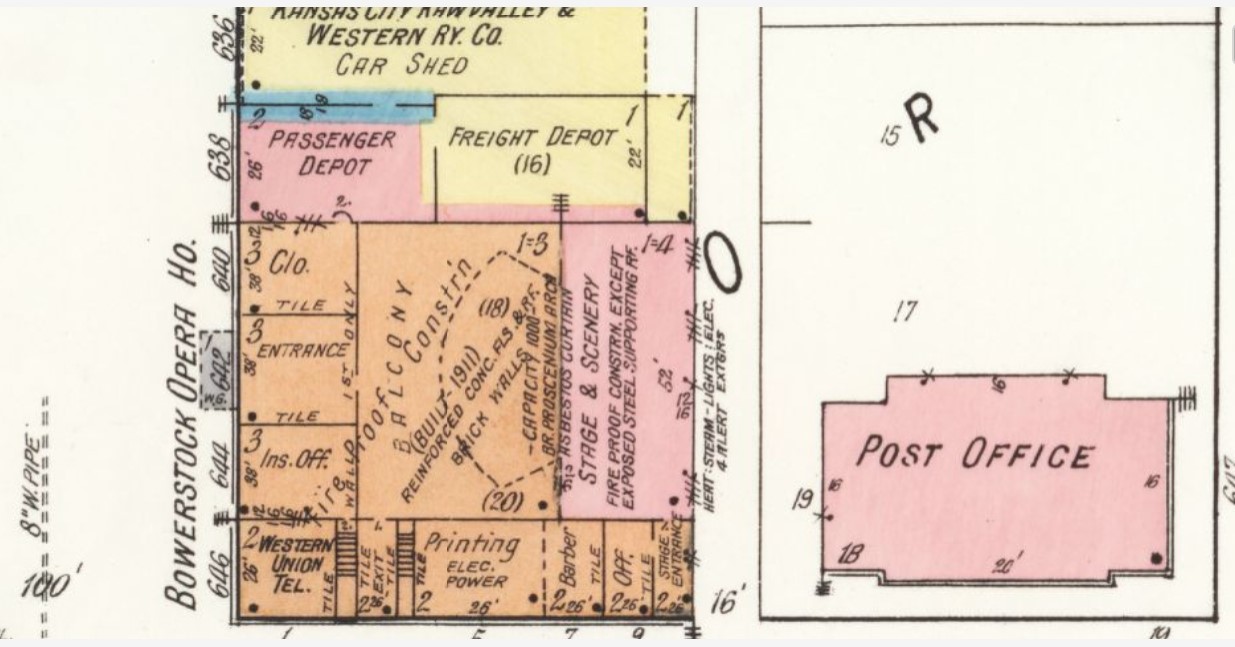 The name "Liberty Hall" is said to come from a quote by Abraham Lincoln, when he called Lawrence the cradle of liberty. Sojourner Truth made a speech to the public at Liberty Hall in October of 1871.

This former building extended further south to Winthrop Street (now Seventh street) and covered only 644 and 646 Massachusetts Street. The former Liberty Hall building was known as Bowersock's Opera House after J.D. Bowersock bought the building in 1882. He added a third story to the brick building. The 3-1/2 story front block of the building held a meat shop on the north and the Post Office on the south by 1889; the theater entrance was in the central section. The second floor of the front portion contained offices; a clubroom was on the third floor. The stage and auditorium was in the middle portion of the building, with the stage against the north wall of the structure. There was a second-floor balcony and third and fourth floor gallery spaces. The building was heated with steam.

After an electrical fire destroyed the opera house in 1911, the current building was constructed in 1912 in a Beaux Arts style with a Romanesque facade. J.D. Bowersock deemed the new building to be completely fireproof. The former building's chandeliers, marble staircases and tiled floors were saved and reused. Fancy finish materials like "Circassian walnut" and Colorado golden vein marble tiles were incorporated into the new space. The theater began showing silent films, and graduated to sound films in 1924 with the showing of "The Canary Murder Case." During World War II. the federal government proclaimed that Liberty Hall was the only structure in the city able to withstand bombings. From the 1930s to the 1950s, the building was the "Jayhawker Theater" and in the 1960s became the Red Dog Inn Nightclub. Disco fever struck the building in the 1970s when it turned into a club named Bugsy's. New owners in 1986 - Charlie Oldfather and David and Susan Millstein - renovated the building into the present combination coffee shop/ theater/ video store.