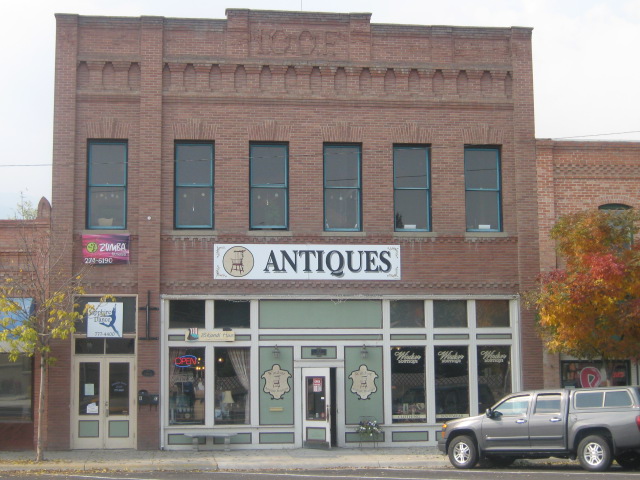 The IOOF built the lodge (halls are also often referred to as lodges) in a vacant lot. The building that was there had burned down in 1905 and the lot remained vacant, allowing the IOOF erect the lodge. The facade features decorative brickwork including I.O.O.F at the top center. In the 1920s the first floor of the building was used a theater. It appears that the chapter adopted the name Garden Valley Lodge 1929. Then starting in 1949, the city then occupied the first floor, using it as city hall, a public library, and a fire station. Garden Valley sold the its interest in the building to maternal organization called Hope Rebecca Lodge No. 15 in 1955. Hope lodge did the same in 1978. The city finally moved out in 1985. Since then, various businesses have occupied the building.