When this building opened in 1911, it was as the Wesley Methodist Church. Years later, in 1925, with the uniting of Methodist, Congregational, and Presbyterian churches in Canada it became known as the Wesley United Church. It is solid and Tuscan in its influence and is a good example of plain Methodist design. You can see even its Palladian windows are fairly simple. It was designed by architect F.J. Lawson who also designed the larger more elaborate Knox Presbyterian Church downtown. Some of its well-known members include R.B. Bennett, future mayor Herbert Sinnott, and feminist pioneer Nellie McClung. In 1930, galleries were installed to increase seating capacity and a two-story kindergarten was added at the rear in 1960. Church membership peaked at 1300, but then drastically dwindled to just 300. By 1984, the writing was on the wall and the church was desanctified and closed in 2003 amid plans to turn it into condos. Then in 2005, Calgary Opera converted the building into the Calgary Opera Centre complete with offices, rehearsal hall, wardrobe shop, and education wing. In 2007, the CEO of Centurion Energy Said Arrata cut a cheque to the Calgary Opera and saved it from bankruptcy. Though the amount has never been disclosed, it was said to be large enough to cover eight years worth of expenses. Today the building is known as the Arrata Opera Centre. 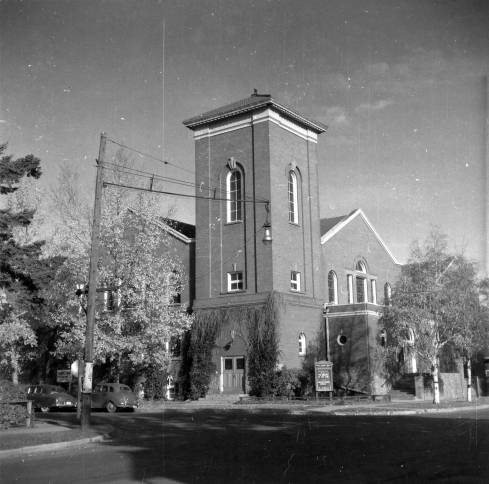