The former Great Northern Railway Depot is a historic train station situated in the aptly named Depot Park. It was originally built in 1892 by the the Great Northern Railway, which envisioned Kalispell as a division point for its main train line. While Great Northern relocated the main line to pass through the town of Whitefish in 1904, by then the depot had helped establish Kalispell as an important economic center and remained integral to furthering the town's development in the decades to come. The depot is two-stories tall and was renovated on a few occasions, the last major one taking place in 1928. Today it houses the offices of the Kalispell Chamber of Commerce. It was added to the National Register of Historic Places in 1994.

The Great Northern Railway Depot was first built in 1892 and extensively renovated in 1928. It now house the Kalispell Chamber of Commerce. 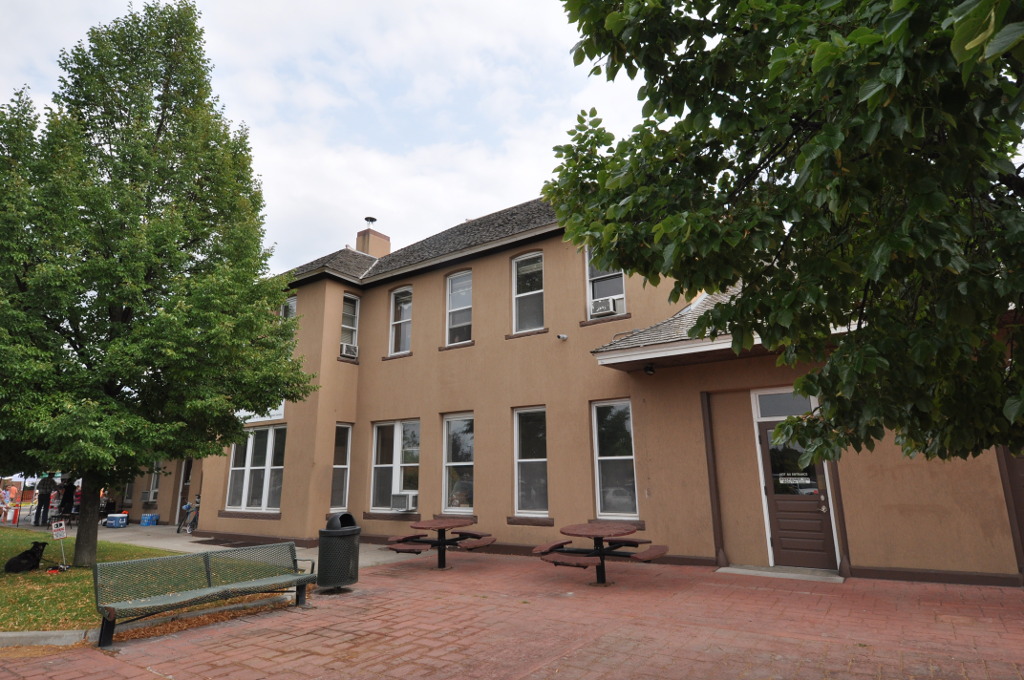 The Great Northern Railway built the depot in conjunction with the establishment of Kalispell. The town was founded in 1891 by prominent businessman Charles E. Conrad, who knew the Great Northern's founder James J. Hill. Conrad, who had recently fallen in love with the area, platted the town and Hill agreed to build the depot and make Kalispell a new division point. Great Northern built other structures as well including a repair shop, turntable, and a tool house.

The depot and railroad played a large role in the town's growth, prosperity, and eventual designation as the county seat. Unfortunately, a fire started by an oil lamp that was knocked over in the ticket office destroyed the interior in 1899, resulting in the first renovation of the depot. Another round of renovations took place in 1914. By then, the building and grounds were apparently in bad shape. As a result, the depot was renovated once again and Depot Park was created, complete with flowers, trees, and shrubs. The last significant renovation project occurred in 1928. Passenger service continued until 1950. Information regarding the status of the depot in the coming years and when the Chamber of Commerce moved in is not readily available.