Built in 1890, the Fitzpatrick Building is one of the last remaining Queen Anne commercial structures in St. Paul. The building stands as a reminder of the boom era for the city that saw a dramatic expansion of the downtown commercial area from the 1880s into the early 1890s. The railway expanded significantly in Minnesota during that era, helping St. Paul grow in population, commercial activity, and architecturally. However, despite advances in the uses of steel in buildings, Fitzpatrick stood as one of the last buildings to rely on masonry and load-bearing walls. 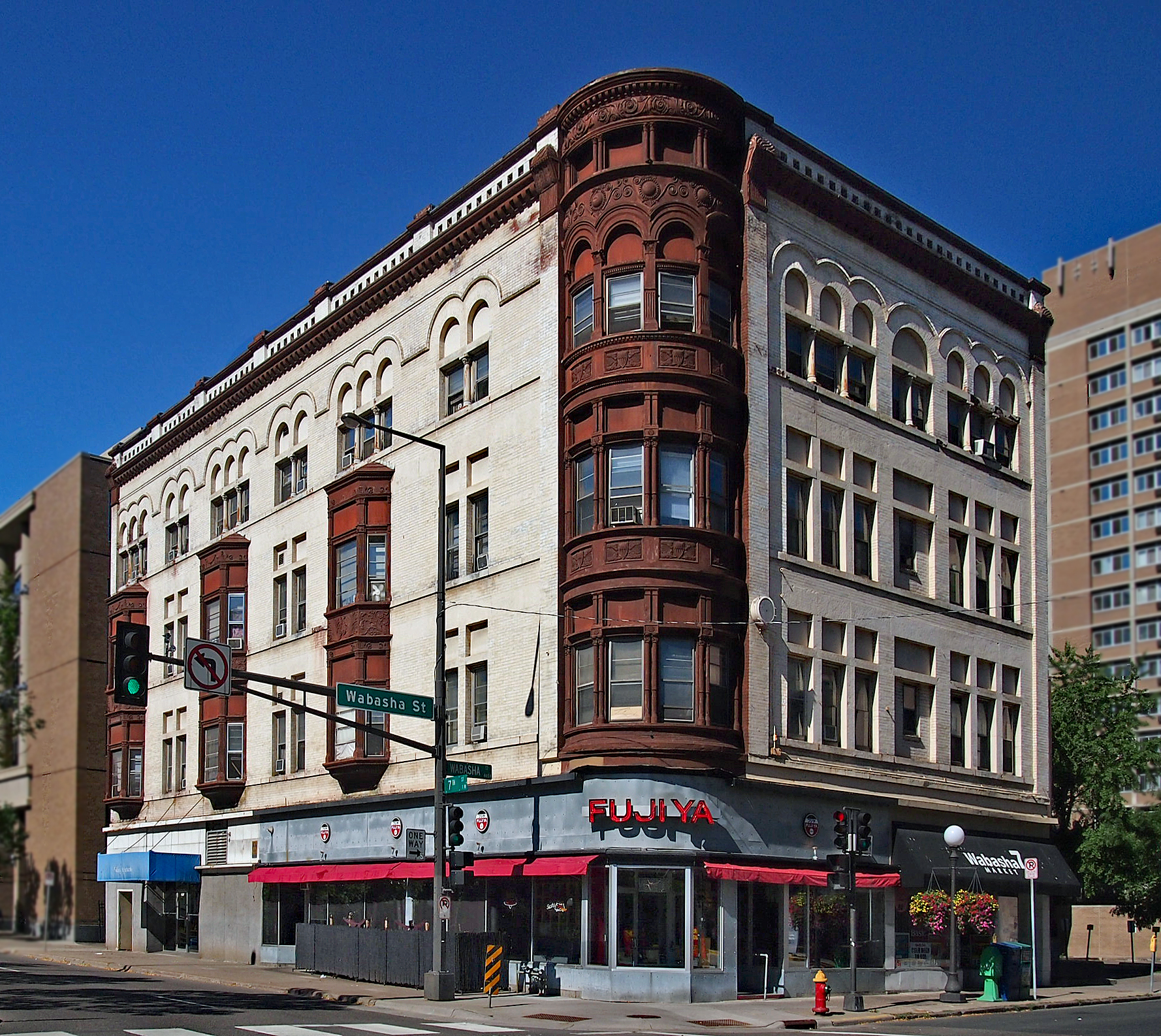 The corner turret of historic Fitzpatrick Building with its witch's hat top. The new builders plan to restore that in 2020. 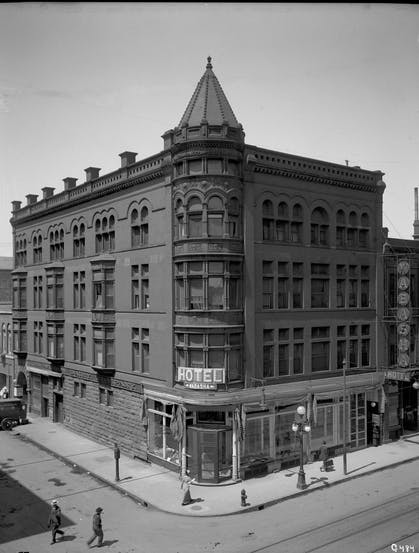 The historic Fitzpatrick Building, now known as Viking Apartments, exemplifies the popular Victorian-era (late nineteenth-century) Commercial Queen Anne style in Saint Paul's business district. Construction of the Fitzpatrick Building finished in 1890 during a building boom of the late 1880s and early 1890s. However, the builders for the Fitzpatrick Building relied on masonry and load-bearing walls rather than utilizing steel as other buildings had done during that era; it's one of the last few buildings to emerge without a steel frame.

Saint Paul benefited from late-nineteenth-century railway expansion and its position as a Midwestern hub, which allowed the city to develop into a regional commercial and financial center and a concurrent boom in population and construction. Downtown expanded to meet the demands of a city growing in its commercial significance. The Fitzpatrick Building stands today as one of the few reminders of that growth, and its Queen Anne design serves as a demonstration of the era from which it appeared.

One typical feature of the Queen Anne style involves the effective utilization of a corner location. The building's namesake and builder, Thomas Fitzpatrick, understood the lot's value at the intersection of two major thoroughfares in downtown St. Paul. The corner Queen Anne turret and entrance take full advantage of the busy intersection. Storefronts operated on the ground level, professional offices filled the second floor, and the upper two floors supported living quarters. But, by 1901, all three upper floors transitioned into hotel rooms only to be converted back into apartments by 1963.

The corner turret once enjoyed a "witch's hat" topping that had been removed during the twentieth century. When an investment group purchased the building in early 2020, they not only made plans to convert the entire structure into an apartment building, but they also planned to return the witch's hat topping to the turret. Moreover, the company intended to update, renovate, and repair the historic building, which had fallen into significant disrepair in the late twentieth and early twenty-first centuries.