Artist Michael Price created the F. Scott Fitzgerald statue in 1996 to honor the famous American author on the centennial of his birthday. Constructed of bronze, “warm Brown patina,” and sitting on a red granite base, this bronze statue depicts Fitzgerald in his 30s and is nestled in the middle of St. Paul's Rice Park. 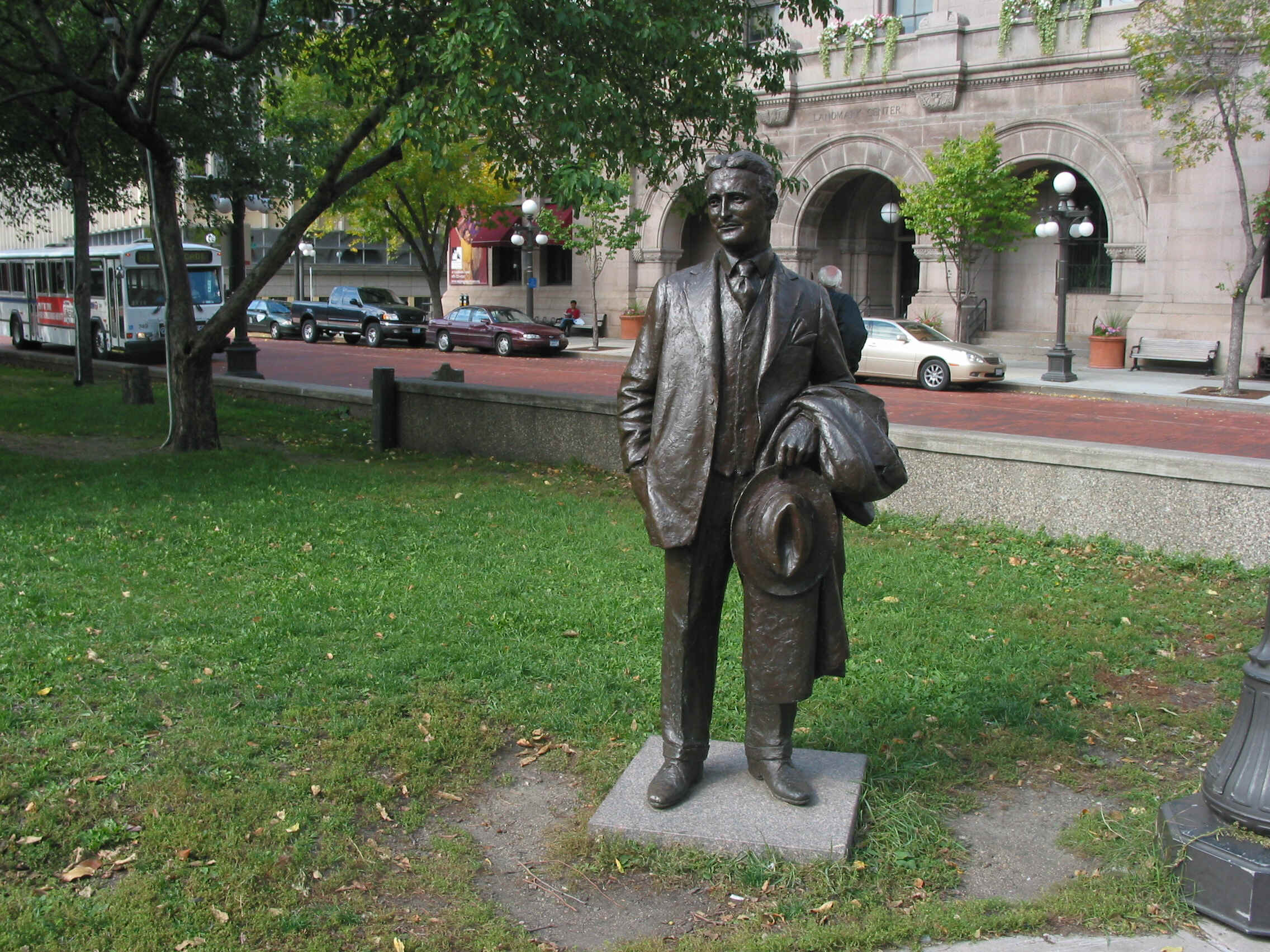