Opened in 1979, the Cactus Cafe is one of Austin’s most revered live music venues. The Cactus is located in a corner of the Union Building, which was built during the Great Depression. For over forty years, the intimate 150-seat room has hosted many musical luminaries, particularly in the folk, country, and Americana genres. The Cactus was almost closed in 2010, but opposition from the community and around the globe was strong enough to reverse the decision. The beloved listening room is now operated by the University’s radio station KUTX, and continues to host concerts and events throughout the year.

A band performing on the Cactus Cafe's stage 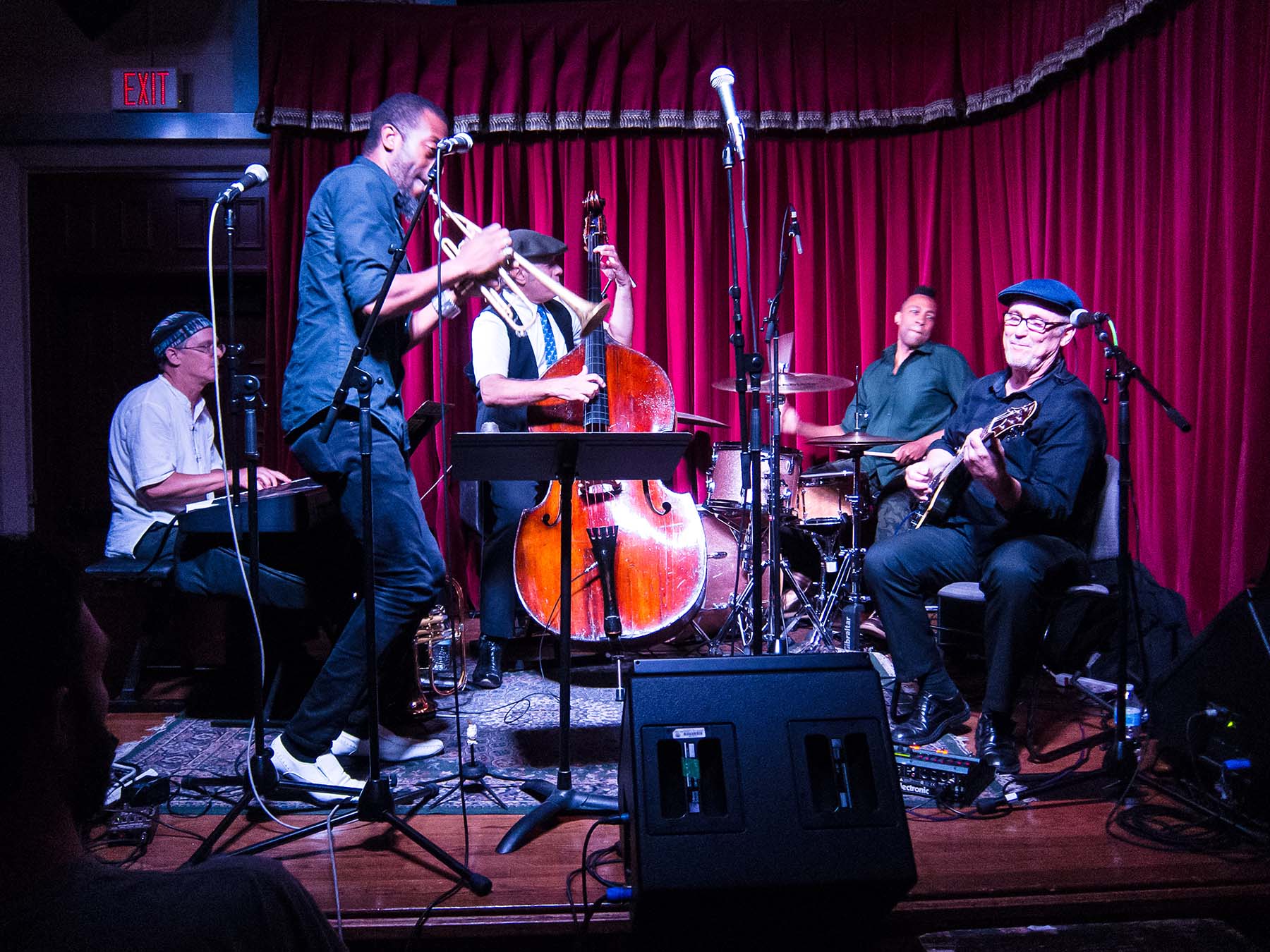 A solo performer in front of the Cactus's iconic curtain 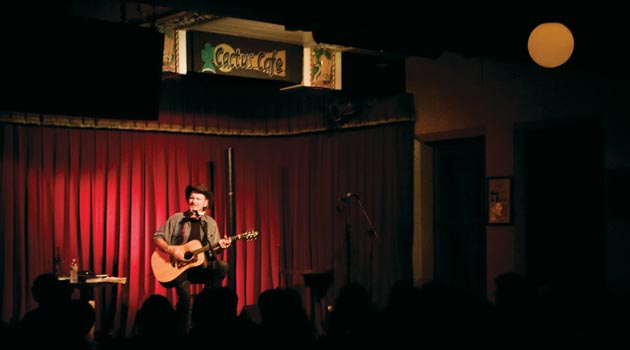 The entrance of the Cactus Cafe on a crowded evening 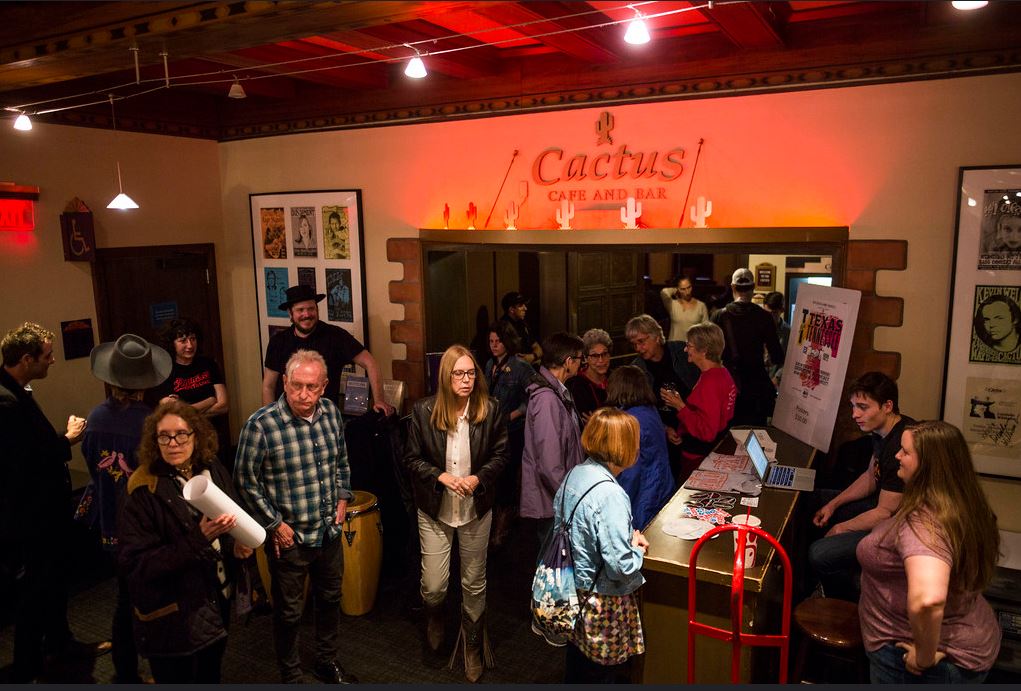 The exterior of the Cactus Cafe, located in the corner of the University of Texas's Union Building 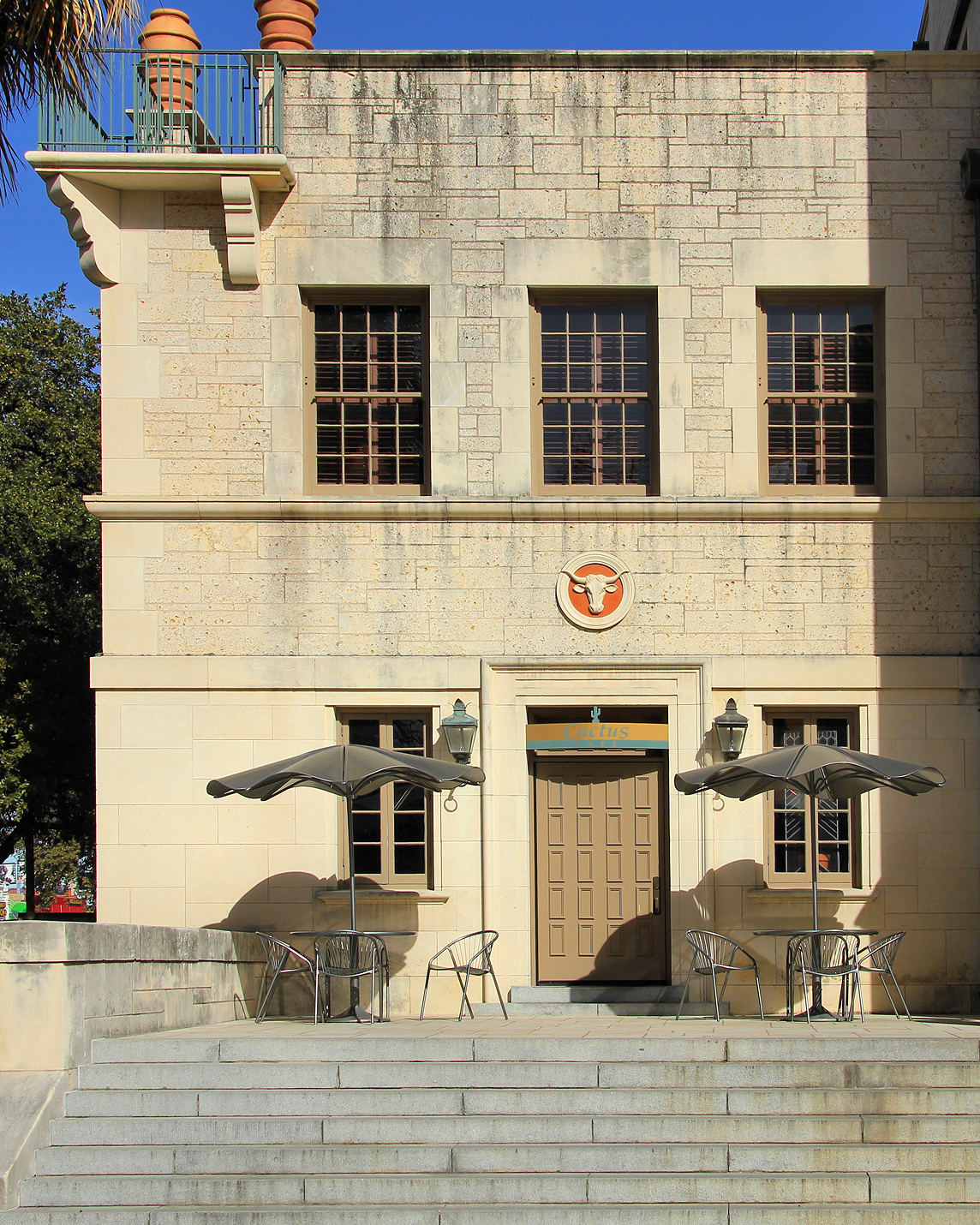 The space was originally a University diner called the Chuck Wagon, which dates back to 1933 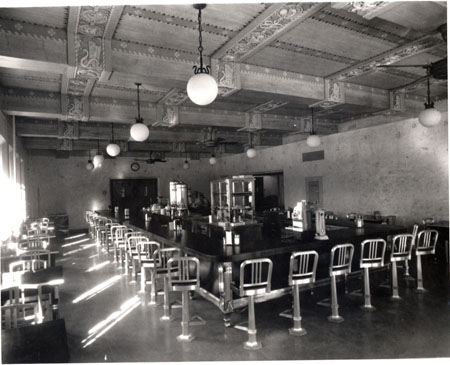 The Cactus Cafe is located in the University of Texas’s Union Building. The Union Building was built in 1933 and designed by the architect Paul Cret, who was also responsible for several other iconic buildings on campus. The corner of the Union Building that is currently occupied by the Cactus Cafe was originally a campus diner called the Chuck Wagon. The Chuck Wagon (and, as it was later known, the Potpourri) was a popular student hangout and a center of countercultural activity during the 1960s and 1970s.

The space changed again in 1979 when it became the Cactus Cafe, a live music venue and coffeeshop. Within a few years, the cafe acquired both a liquor license and its most instrumental employee, Griff Luneburg. Luneburg worked there as a bartender while attending the University of Texas, but he was soon put in charge of booking the musical acts, eventually becoming the manager of the entire establishment. Over the next few decades, Luneburg established the Cactus's high reputation by booking a number of influential musicians, and the venue became a launching pad for several notable careers. Artists who have graced the Cactus stage since its founding include Townes Van Zandt, Lucinda Williams, the Dixie Chicks, Lyle Lovett, and many others.

The Cactus Cafe was voted Austin’s “Best Acoustic Venue” every year from 2001 to 2011. Despite this praise, the University decided in 2010 that it would be closing the famous venue due to budget cuts. The announcement was met with widespread outrage throughout the Austin community, and a group of over 25,000 residents, musicians, students, and alumni organized to oppose the closure. An agreement was made to keep the doors open, with the University radio station KUTX taking over booking and management. The Cactus Cafe remains an integral part of Austin’s live music scene, booking both local and touring acts, as well as hosting open mic nights and other events for the campus and community.