Completed in 1902, Jones Hall was the home of the Physics Department until 1927. Originally known as the Physical Laboratory, it was renamed after Frederick Sheetz Jones, the University’s first professor of Physics, its second football coach, and a Dean of the College of Engineering. The Renaissance Revival building, designed by Charles R. Aldrich, was added to the National Register of Historic Places in 1984. After an extensive renovation in 2004, Jones Hall became the home of the Freshman Admissions Welcome Center and the College of Liberal Arts Language Center. The reopening of Jones Hall ushered in an era of renovation and transformation for the campus’s historic Knoll Area, which is now a thriving center for the humanities.

Jones Hall was completed in 1902 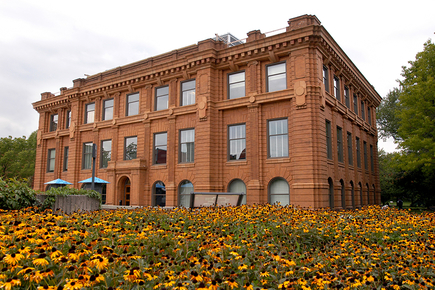 The Renaissance Revival building was designed by Charles R. Aldrich 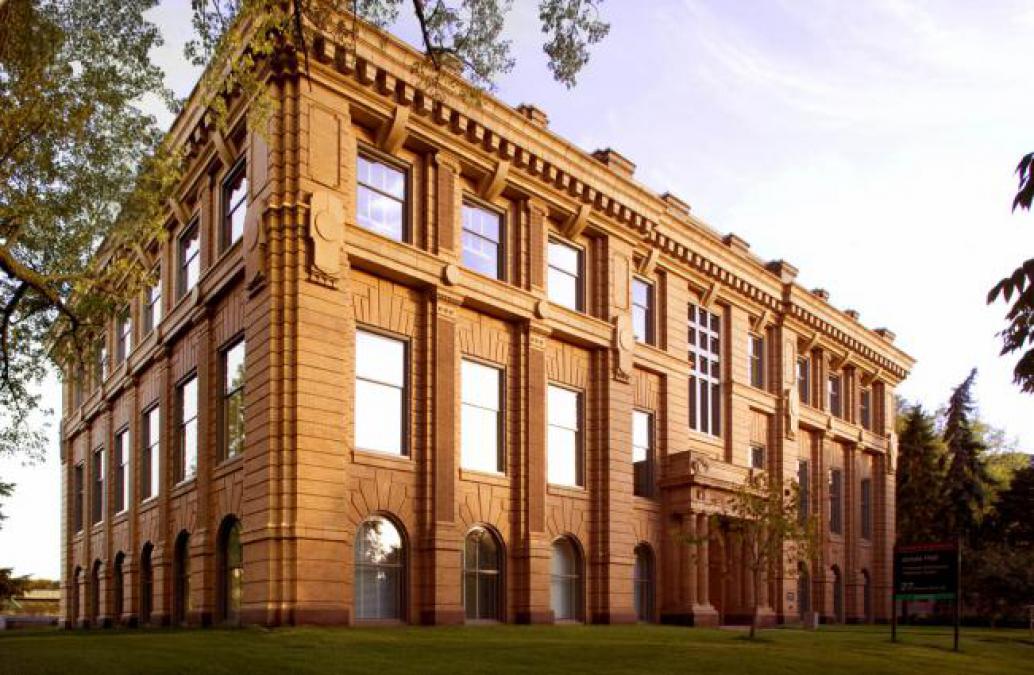 Jones Hall was substantially renovated in 2004 and reopened in 2005 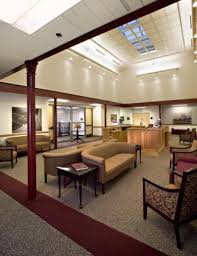 The Multimedia Lab of the CLA Language Center, located in Jones Hall

Jones Hall circa 1910, when it was known as the Physical Laboratory 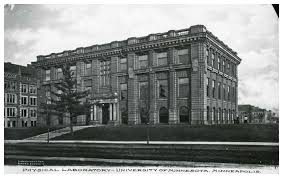 The building was renamed in honor of Frederick Sheetz Jones, the University's first professor of Physics 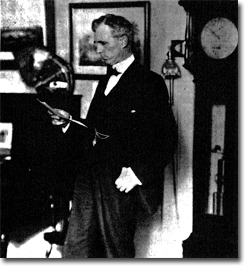 The University of Minnesota’s Physics Department was founded in 1889 with the hiring of professor Frederick Sheetz Jones. Jones was a Yale graduate who had previously worked at the University of Minnesota as its second football coach, from 1886-1888. Despite only coaching for three seasons and six games, Jones became known as the “father of Minnesota football,” probably more for his later roles in establishing Greater Northrop Field (the University’s first official home stadium) and signing coach Henry L. Williams (its first full-time coach). While building the school’s athletic foundations, Jones also led the Physics Department through its first decades, and later became the Dean of the College of Engineering.

The building that would later bear his name, Jones Hall, was originally known as the Physical Laboratory. Construction began in 1901 and wrapped up the next year at a total cost of $55,600. The building was designed in the Renaissance Revival style by architect Charles R. Aldrich, who had previously worked on the University’s Armory. The rectangular structure is symmetrical in its layout, with a brick exterior and an original interior space of roughly 24,000 square feet. The Department of Physics was located in Jones Hall for 25 years, from 1902 until 1927. One of the department’s most notable achievements in this period came in 1921, when professor Joseph Valasek discovered ferroelectricity while studying Rochelle salts. Eventually, the Physics program outgrew Jones Hall and relocated to the newly-built Tate Laboratory in 1927, where it remains to this day.

In 2004, Jones Hall underwent an extensive renovation. While its historic character was preserved, the building was brought up to code and its interior was significantly updated. Some of the most notable improvements include the restoration of its skylight, the addition of an elevator, and the construction of a tunnel connecting Jones Hall to nearby Williamson Hall. Jones Hall was the first of many historical buildings around the Knoll to be renovated, marking the transformation of the area into a hub for the humanities. Since it reopened in early 2005, Jones Hall has been the home of the Freshman Admissions Welcome Center, as well as the CLA Language Center.