Begun in 1905 and completed in 1907, Folwell Hall was built as a replacement building for Old Main, which burned down three years earlier. Designed by Clarence H. Johnston, Sr., in the English Renaissance Revival Style, the ornate building cost $415,000 and was named after William Watts Folwell, the first president of the University. It originally housed a variety of departments and offices inherited from Old Main, as well as the University’s post office and publications. Over time, it became known as a center for the study of foreign languages, and today hosts most of the University’s second language programs. Folwell Hall was added to the National Register of Historic Places in 1984, and an expansive renovation of the building’s exterior and interior was completed in 2011.

It was originally meant to replace Old Main, which burned down in 1904

Only two of the building's 26 chimenys are connected to fireplaces, while the rest are used for ventilation 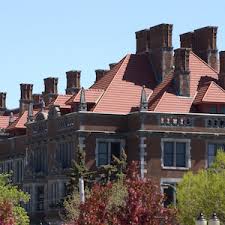 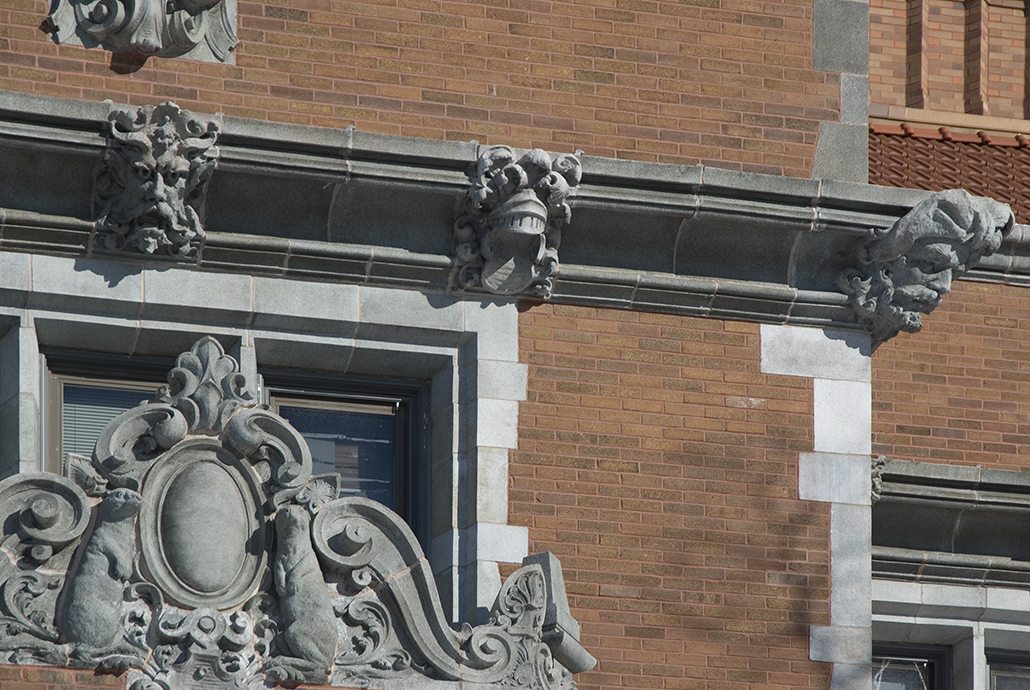 The main corridor has marble walls and oak woodwork 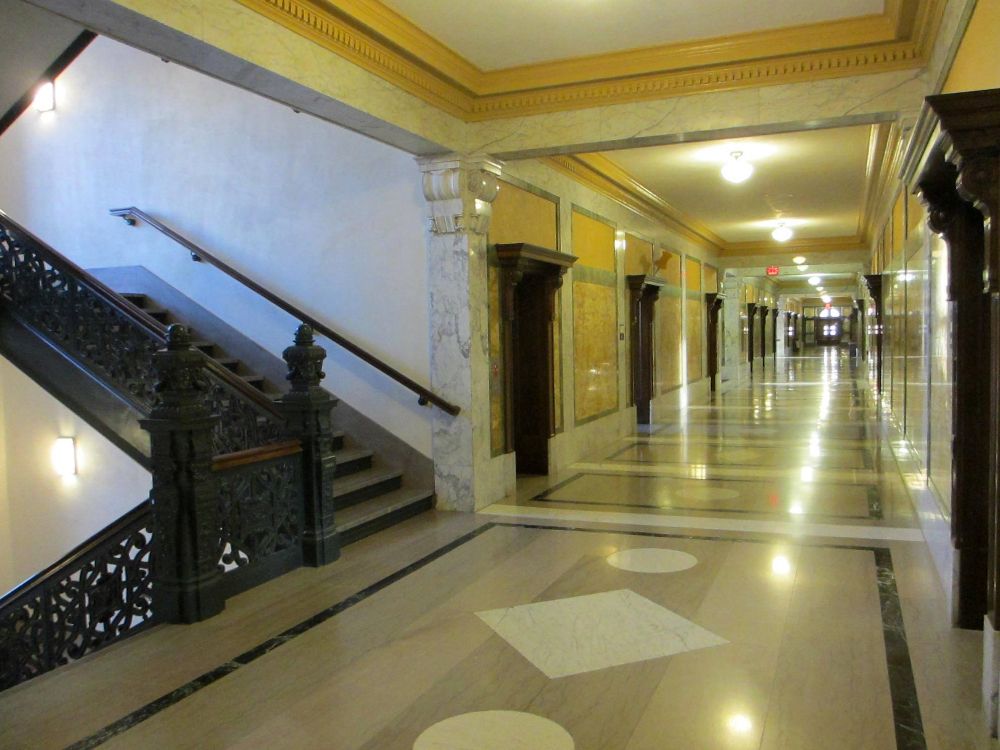 Interior renovation of Folwell Hall was completed in 2011 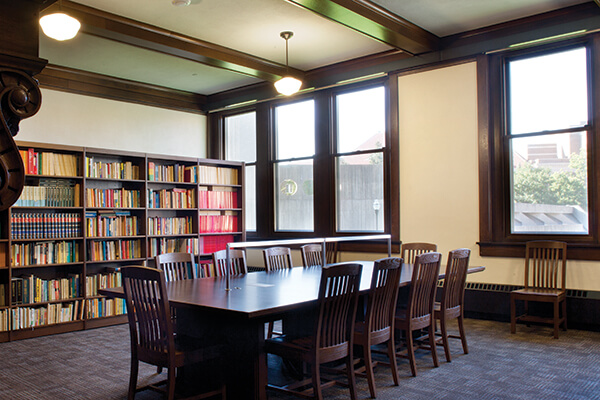 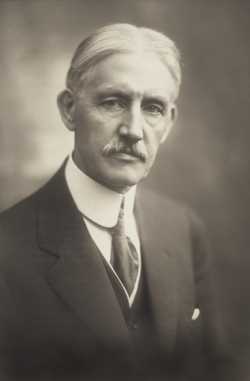 The building is named after William Watts Folwell, the University's first president 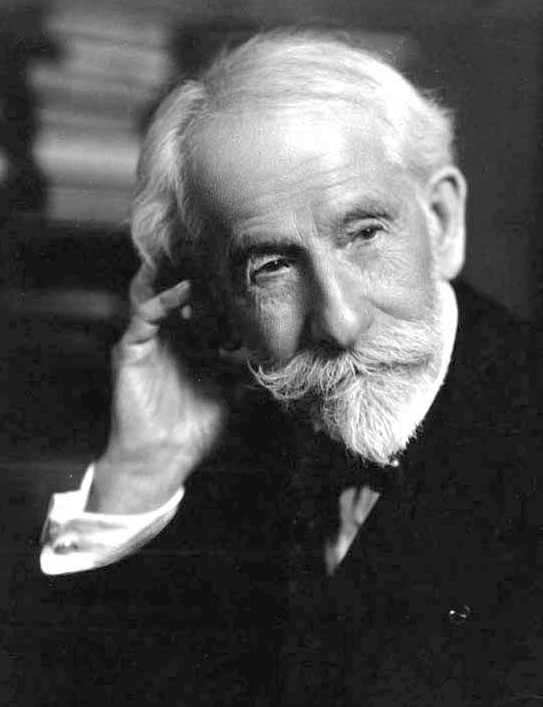 Old Main was the first building on campus, and it served a variety of purposes for the University since its construction in 1856. After a series of fires, it finally burned down in 1904, and its many departments and offices needed a new home. Folwell Hall was intended to serve as a “New Main” building that would take in many of its predecessor’s tenants. In 1905, the state legislature of Minnesota appropriated $350,000 for the construction of Folwell Hall, and an additional $65,000 was made available due to insurance payments for Old Main. The combined $415,000 made Folwell Hall the most expensive building on campus at the time, and its elaborate design was meant to reflect this grandeur.

The architect Clarence H. Johnston, Sr., who had previously worked on the campus’s School of Mines Building, designed Folwell Hall in the English Renaissance Revival style, combining elements of the Elizabethan and Jacobean modes. The three-story building is primarily made of brick, with foundations of granite and decorative elements of gray terra cotta. The terra cotta designs feature representations of mythological figures, gargoyles, cherubs, and animals, including the University’s mascot, the gopher. Another striking feature are the 26 chimneys, only two of which connect to fireplaces in the building, while the rest are used for natural ventilation. Due to the fate of Old Main, most of the floors and walls were made of fireproof concrete and tile, though the main floor corridor has oak woodwork and marble panels.

Folwell Hall was named after the University’s first president, William Watts Folwell, who led the school from 1869 until 1884. In its early years, the building took in many of the departments, offices, and services that were previously located in Old Main. These included University publications like the Alumni Magazine and the Gopher Yearbook, various literary societies, and the University post office. A number of deans offices and academic departments, ranging from Anthropology to Philology, were also located in Folwell Hall, at least temporarily. Due to overcrowding, many of these eventually moved into other facilities, and most of the disciplines that remained were related to foreign languages. Today, Folwell Hall is considered “the largest foreign language and culture training center” in the state of Minnesota.

From 2008 until 2011, the Minneapolis architectural firm Miller Dunwiddie oversaw a massive, multimillion dollar renovation of Folwell Hall. Both the exterior and interior were upgraded, while many of the building's historic features were preserved. Folwell Hall reopened in September of 2011, and still houses a majority of the University’s foreign language departments: Asian Languages and Literatures; French and Italian; German, Scandinavian, and Dutch; Slavic Languages and Literatures; and Spanish and Portuguese. Added to the National Register of Historic Places in 1984, it is now a part of the revitalized humanities hub in the Knoll area of campus.