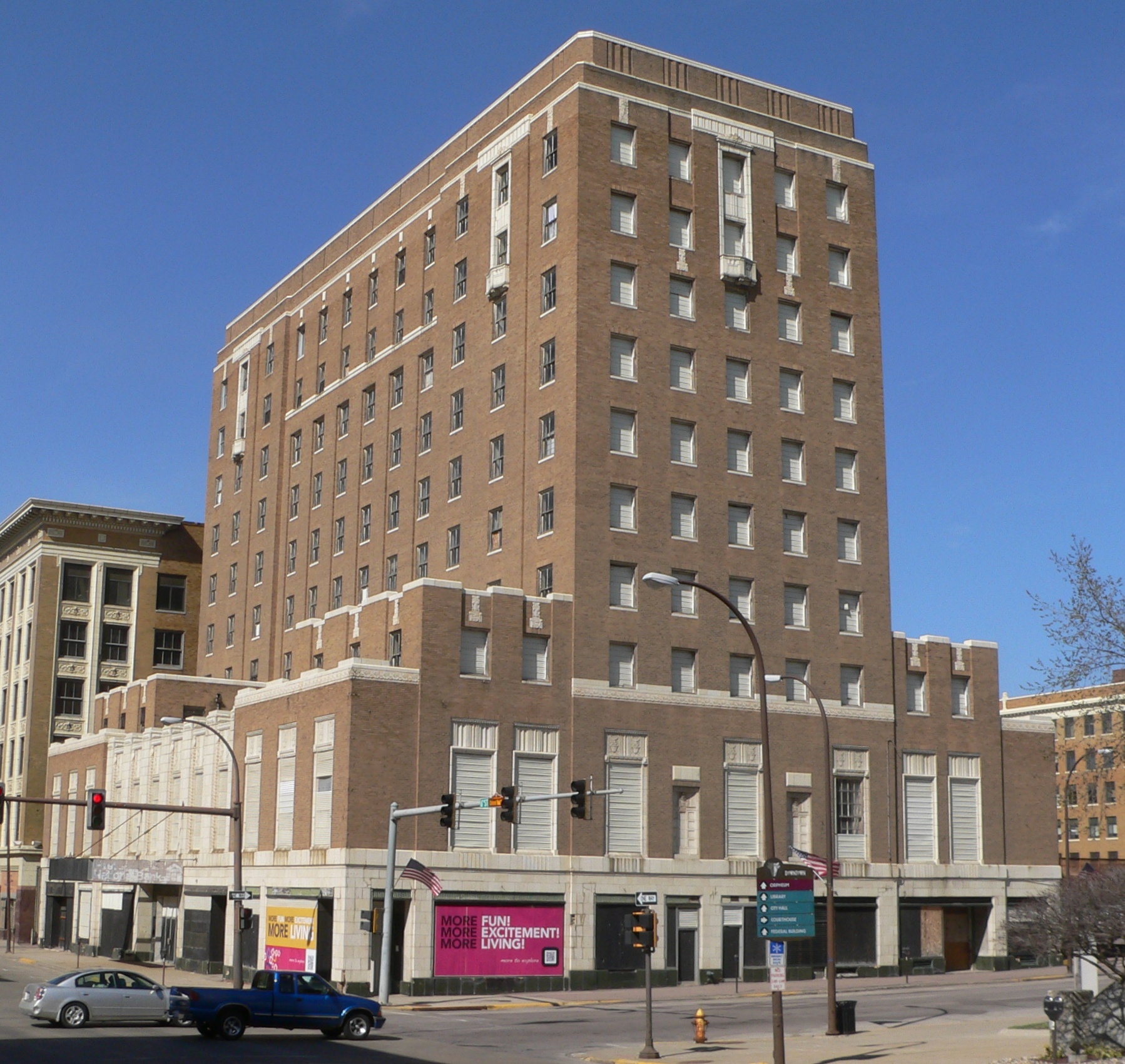 Areal view of the Warrior Hotel rooftops and rear. 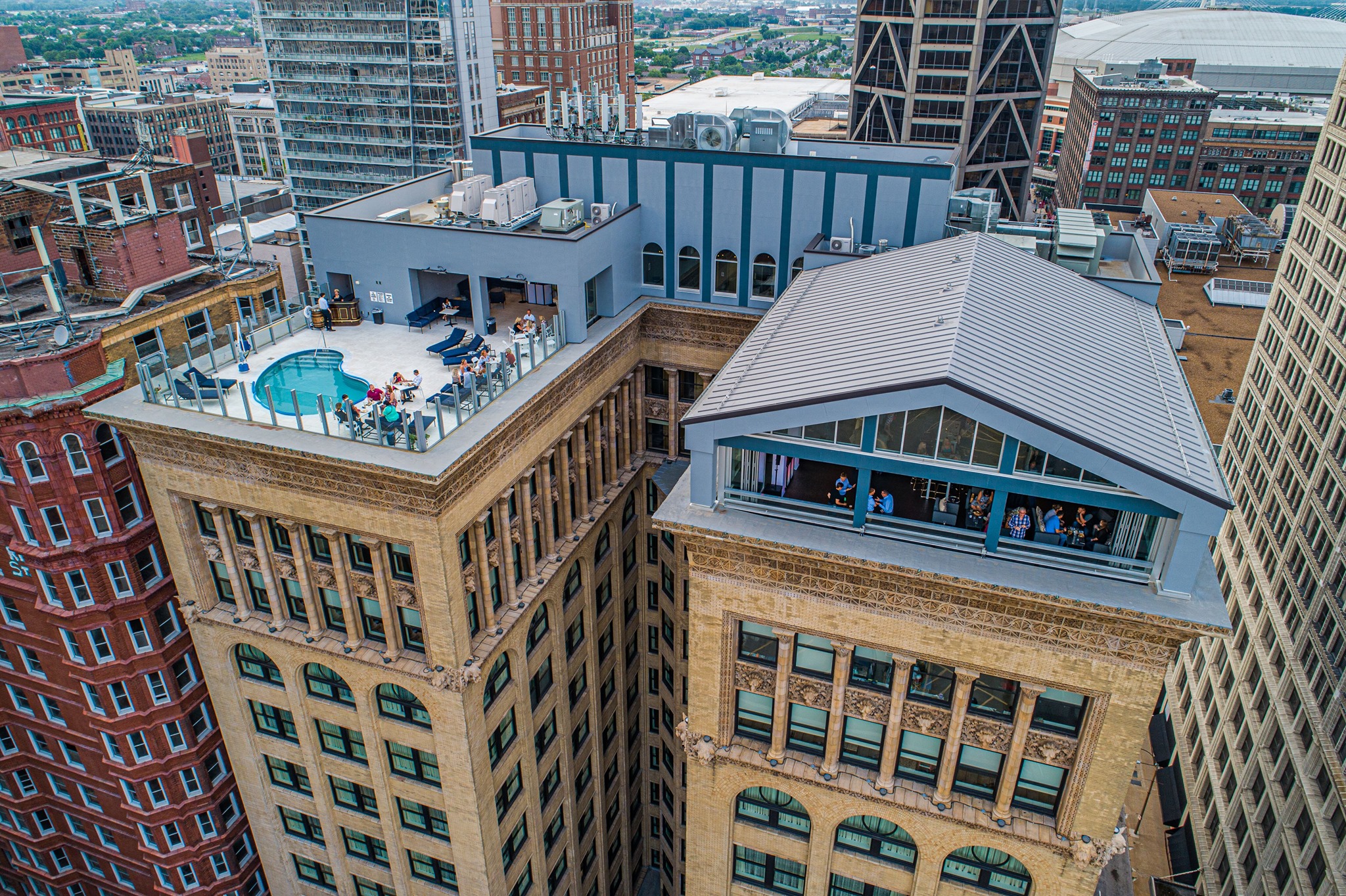 View of the Warrior Hotel in 2020 as renovations were underway. 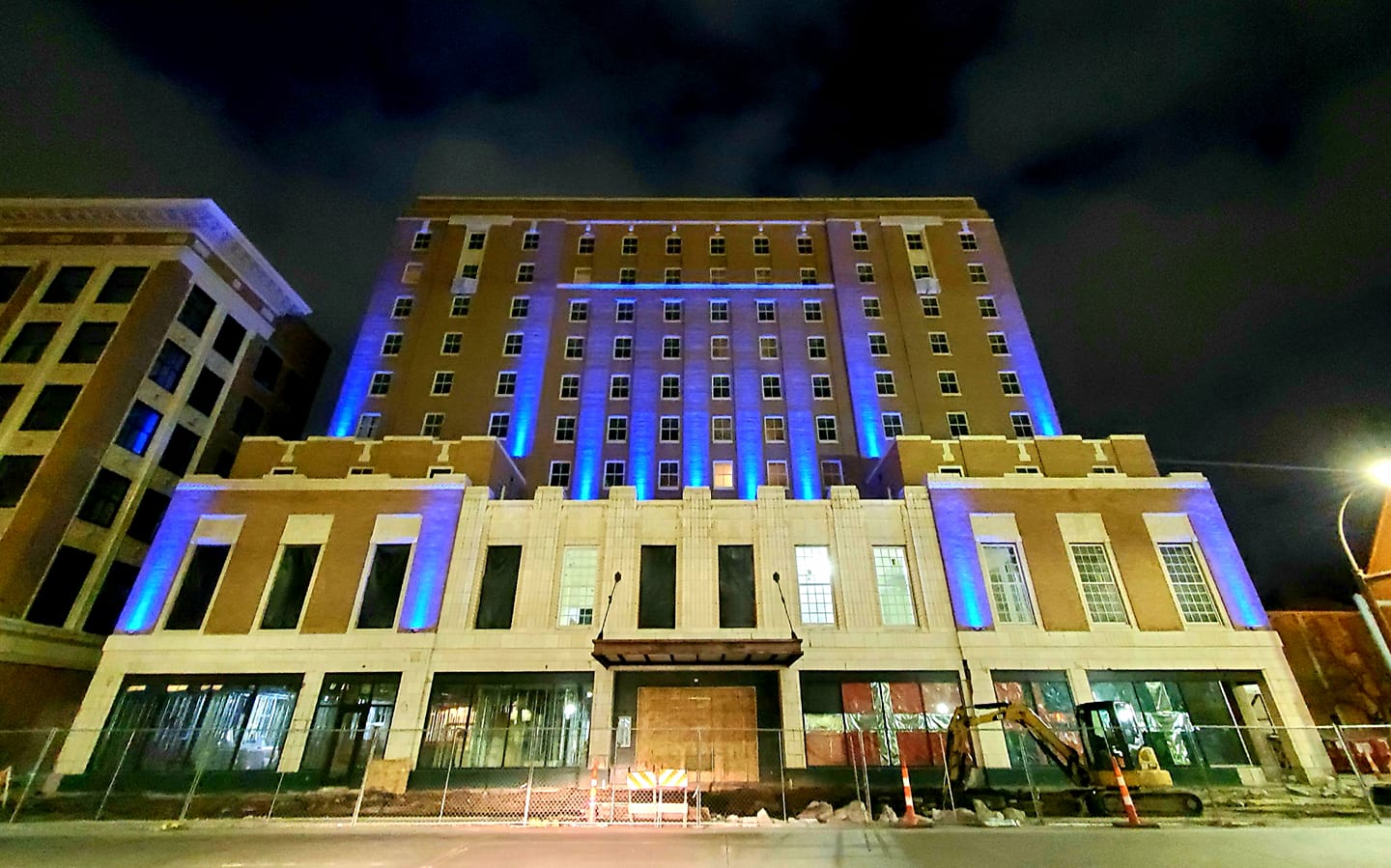 The Warrior Hotel opened in 1930 and stands today as a physical reminder of Sioux City's halted expansion and prosperity resulting from the Great Depression. The Warrior Hotel proved to be the final twentieth-century significant investment in Sioux City's by its business leaders. Thus, the hotel was the first and last mid-twentieth-century hotel built in Sioux City. Still, the hotel endured the Great Depression and enjoyed success for forty years, eventually becoming (for a short time) the city's most elegant hotel. After remaining vacant for several decades, the hotel underwent a renovation and then reopened in 2020, only do to-so during the height of another crisis: the COVID19 Pandemic.

The Art Deco hotel building survives as Sioux City's first departure from an architectural trend tied to the Chicago commercial school design. The hotel opened at the end of a decade marked by substantial population and business growth for Sioux City. The nearby stockyards and meatpacking plants, as well as numerous marketing enterprises, helped fuel Sioux City's growth. But, the city lacked a strong service-industry, notably regarding hotels. By the 1920s, several older hotels deteriorated, leaving only the Hotel Martin as the city's quality hotel. As a result, the town's business leaders saw an opportunity to develop a hotel that could compete with Hotel Martin in a city starving for modern hotels.

In a joint effort, the business leaders financed a hotel intent on catering to small business owners and travelers. The group assumed the hotel would compete with Hotel Martin only to mistakenly lease the property to a large hotel corporation owned by E.C. Epply, who also owned the Hotel Martin. Nonetheless, the group hired Kansas City architect, Alonzo Gentry, who also designed the Harry Truman Library. The Warrior Hotel's name speaks to the city's early history, while Gentry's plan looked to convey the progress of Sioux City with its modern features and Art Deco design.

Construction plans for the new hotel emerged in 1929 shortly before the Wall Street Crash in October 1929. Despite the onset of the Great Depression and the resultant economic turmoil suffered by its investors, construction finished on the lavish hotel in December of 1930. Still, The Great Depression affected Epply, spurring him to favor his Hotel Martin; The Warrior lost money for the bankers, business leaders, contractors, and all those involved with building and opening the new hotel. Regardless of its tough start, the Warrior Hotel survived and grew into an essential hotel for Sioux City, ultimately operating as a strong competitor to The Hotel Martin. During the 1960s, the Sheraton Hotel group (which had merged with Epply in 1956) renovated The Warrior, which consequently evolved into the city's most popular and finest hotel during the 1960s. Nonetheless, it proved to be a short-term distinction; the hotel closed for a time in 1972, and then again in 1976.

The hotel remained vacant for almost forty-five years before the Marriott Group purchased and renovated the hotel in 2018-2020, ushering in its new life as an elegant hotel. However, just as the hotel once opened during the start of the Great Depression, the COVID19 crisis of 2020 arrived simultaneously with the hotel's planned reopening. (At the time of this writing, it's set to open in August, 2020.)