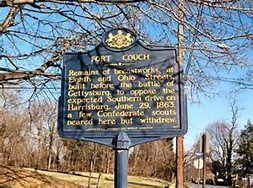 Built as a response to the 1863 Confederate invasion of Pennsylvania, the earthen walls of Fort Couch remain thanks to the efforts of preservationists. The fort, which was never completed and did not see any action thanks to the Union victory at Gettysburg, is located along the Susquehanna River. It was built in June, 1863 by railroad crews under direction of General Darious Couch who ordered the fort's construction to guard the river and protect Harrisburg as Confederates moved north. At the time of its construction, this land was part of a farm. It continues to offer a commanding view of the river and city, and is the only remnant of the Civil War defenses of Harrisburg.

The Samuel Albright House served as the location for a Confederate artillery and bivouac site during the Skirmish of Oyster Point in late June of 1863. Located along the Carlisle Pike, the Albright House was a prime location for Confederate forces to set up artillery positions as it overlooked Union militia in and around Oyster Point (present-day Camp Hill). Samuel Albright, for whom the house is named after, is listed in an 1860 census as being born in 1823. However, the property was being rented out by William Eppley at the time of the Confederate occupation.

Peace Church was constructed in 1798 and established as a Reformed and Lutheran church. Its location was used as a Confederate artillery position during the Skirmish of Oyster Point from June 28-29, 1863, which was part of the larger Gettysburg Campaign. The church is still kept in much of its original condition to this day.

Located at 5115 East Trindle Road in Mechanicsburg, the Rupp House was built in 1787 by Jonas Rupp. It later served as the headquarters for Confederate raider Albert G. Jenkins during the Confederate invasion of Pennsylvania in late June 1863. During this invasion, Jenkins and his men captured free African American women and children with the intent of selling them into slavery. It was from this location that Jenkins would order his troops east toward the state capital of Harrisburg, where they would clash with Union militia. The resulting conflict would become known as the Skirmish of Oyster Point (present-day Camp Hill). The Rupp House is currently not open to the public but visitors are free to park in the adjacent lot and view the house and markers from the outside. 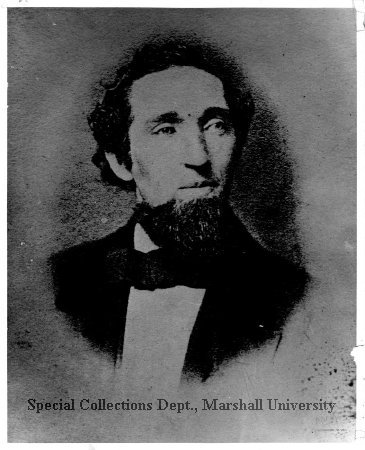