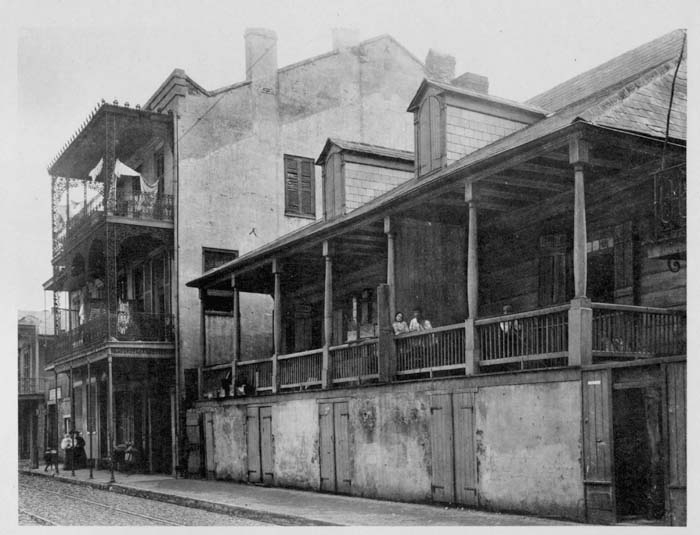 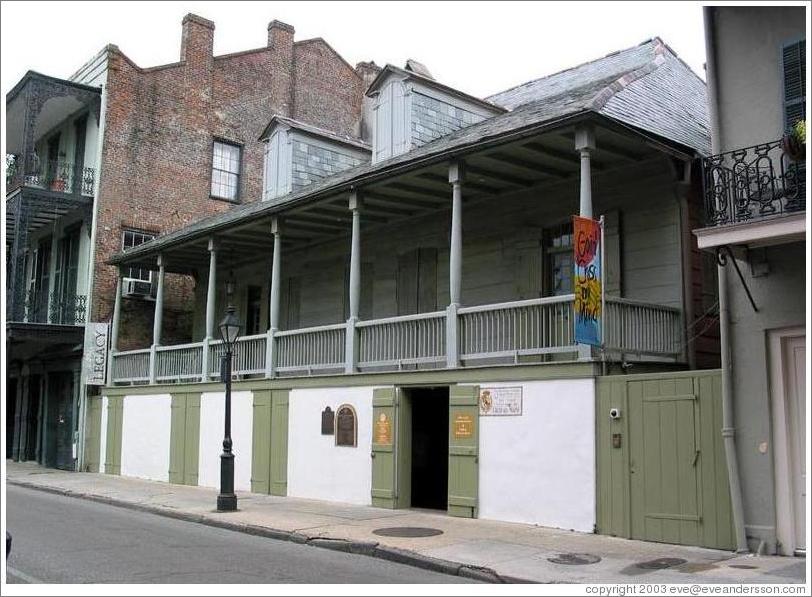 Sketch of Madam John's Legacy as it was seen in 1902 made by William Woodward. Courtesy of: The Historic New Orleans Collection. 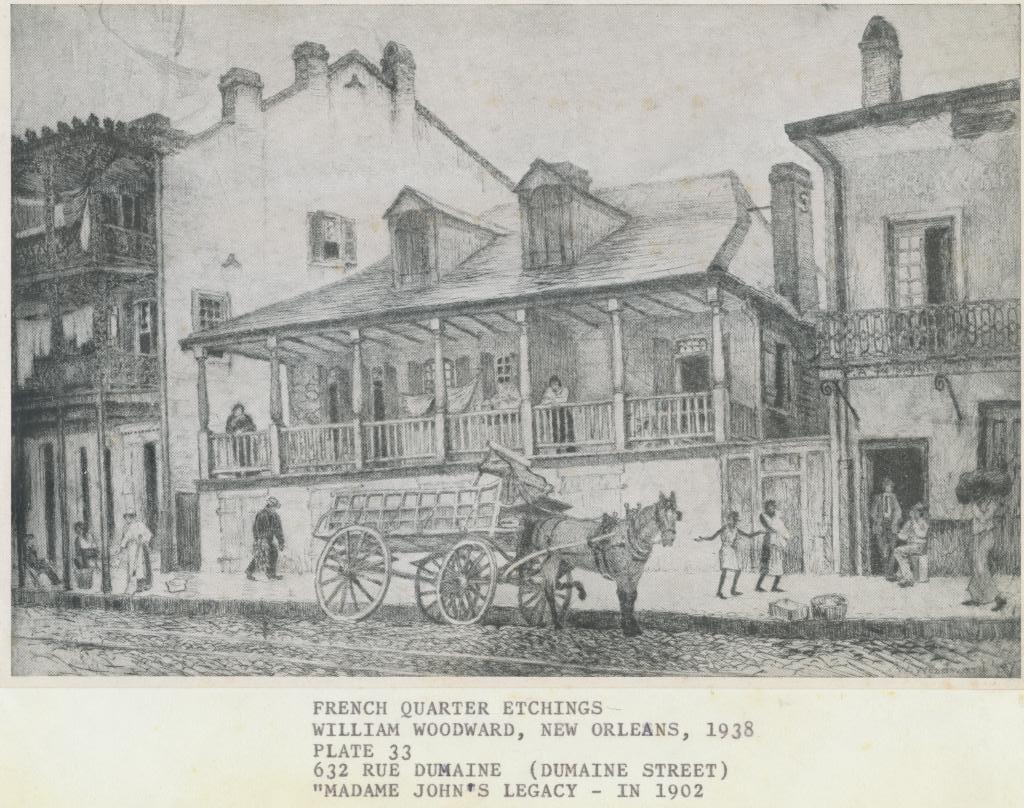 Madame John's Legacy stands north of Jackson Square. The building's name derives from a story by New Orleans author George Washington Cable, and refers to a building that previously stood on the site. It is a French colonial raised cottage, its ground level a full-height basement built out of brick, and a wood frame main level above. Behind the main building is an open courtyard, with a brick slave quarters at the rear of the property. The basement level of the house appears shorter than it was when built, in part because the street level has been raised in the intervening centuries.

The house was built in 1788, and is a rare survivor in the area of the quarter's 1794 fire. The house has survived a number of alterations in the 19th century, most notably as part of a conversion to apartments in the late 19th century. In 1947, the house was donated to the Louisiana State Museum.

This house is briefly seen in the 1994 movie Interview with the Vampire and part of 12 Years a Slave was filmed at the house. The house can also be seen during gameplay of Assassin's Creed 3: Liberation.