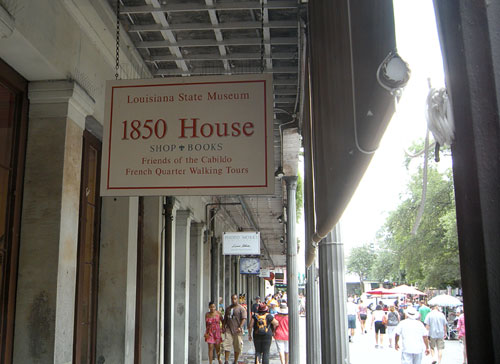 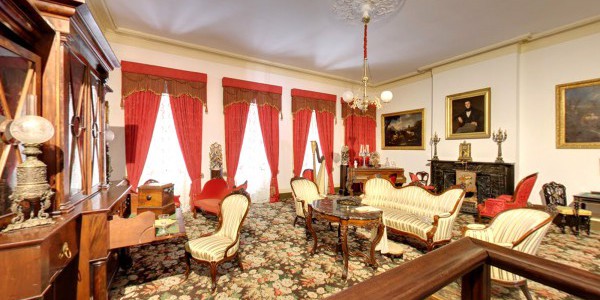 Pontalba buildings as they appear today 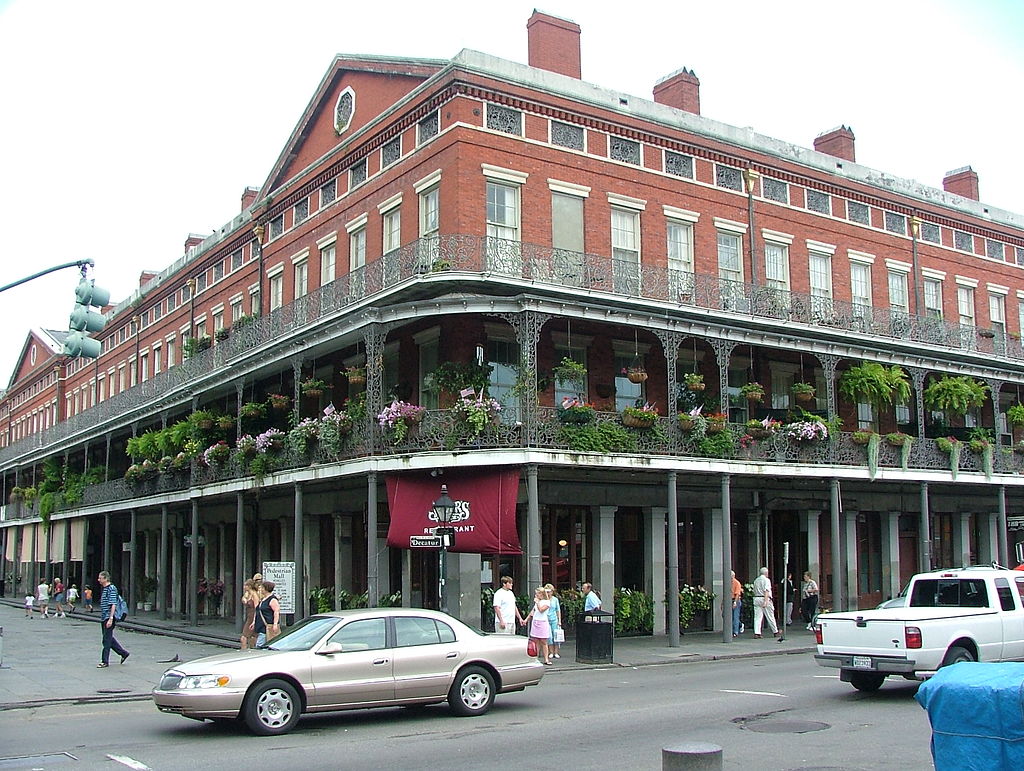 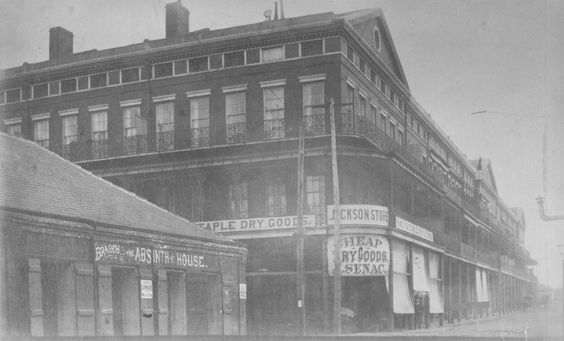 Undated portrait of the Baroness Pontalba. Courtesy of the Louisiana State Museum 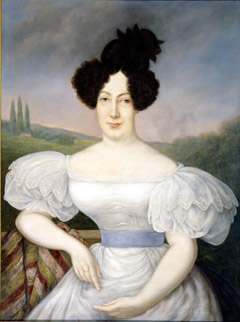 "The Upper and Lower Pontalba Buildings were built in 1850 by the Baroness Micaela Almonester de Pontalba, the daughter of Don Andres Almonester y Roxas, the Spanish colonial landowner associated with the neighboring Cabildo. Inspired by the imposing Parisian architecture the Baroness favored, the distinctive rowhouses were intended to serve as both elegant residences and fine retail establishments.

Baroness Pontalba employed Samuel Stewart as the builder. She convinced authorities to renovate the Square, Cabildo and Presbytere, and church authorities to enlarge the Cathedral. When the Pontalba buildings were completed in 1849 and 1851, each contained sixteen separate houses on the upper floors and self-contained shops on the ground floors.

During the mid-19th century, the first floor of the Pontalba buildings housed businesses, including dry goods stores, clothing stores, law offices and even a bank and railroad company. Upstairs are the parlor, dining room and three bedrooms. The homes also comprises a back wing, which served multiple purposes, including storage, workspace and housing for slaves or servants.

City directories from the 1850s and the 1860 census show that many Pontalba heads of household were merchants who were affluent enough to afford to rent in one of New Orleans's most fashionable locations. Children, slaves, and servants completed the Pontalba household. An average of nine residents occupied each dwelling.

In 1921 the Pontalba family sold the Lower Pontalba Building to philanthropist William Ratcliff Irby who subsequently, in 1927, donated it to the State Museum. The 1850 House was opened to the public in 1948. Because residents of this row house were tenants who lived here for a few years at a time, the 1850 House does not represent any single family. Rather it reflects middle-class life in mid-nineteenth-century New Orleans. The house museum is furnished with art and furnishings representative of the era."1

Baroness Pontalba (Micaela Leonarda Antonia Almonester y Rojas, Baroness de Pontalba, November 6, 1795- April 20, 1874), an accomplished businesswoman, invested in real estate, purchasing the land on the upriver and downriver sides of the Place d’Armes. She constructed two Parisian-style row house buildings in the 1840s, at a cost of over $300,000. The buildings include the first recorded instance in the city of the use of iron railings, now a prominent feature of the city's residential architecture. The building fronting Rue St. Peter, upriver from Jackson Square, is the upper Pontalba. The building on the other side, fronting Rue St. Ann, is the lower Pontalba Building.

Baroness Pontalba died in France in 1874, and the Pontalba family retained ownership of the buildings until the 1920s; but they did not take an interest in the townhouses, so they fell into disrepair. The heirs sold the lower building to local philanthropist William Ratcliffe Irby, who in turn bequeathed the property to the Louisiana State Museum. Local civic leaders acquired the upper building, which they sold to a foundation in 1930, the Pontalba Building Museum Association. The foundation turned the upper building over to the City of New Orleans, which has owned it since the 1930s.

According to Christina Vella, historian of modern Europe, the Pontalba Buildings were not the first apartment buildings in the present-day U.S., as is commonly believed. They were originally built as row houses, not rental apartments. The row houses were turned into apartments during the 1930s renovations (during the Great Depression).