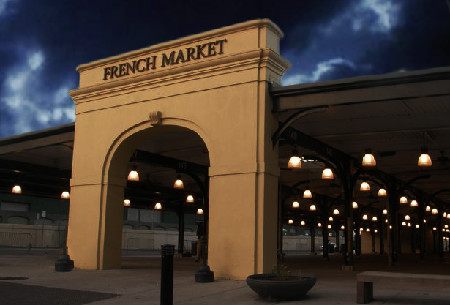 Crafts at the French Market 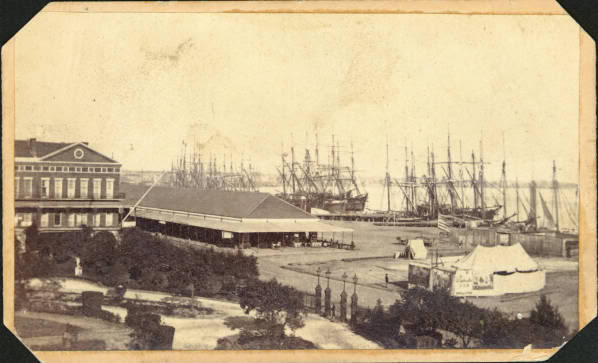 The Market’s life began in 1779 when the Spanish authorities decided that it would be beneficial to create a protective enclosure for their goods. Prior to this, they had used an open-air market directly on the river. In 1782, they completed construction of a building at Dumaine and Chartres streets. This facility, along with many adjacent buildings, was destroyed by a fire in 1788. A new building was constructed at its current location between Ursulines Avenue and Barracks St, along North Peters Street. This, though, was again soon replaced.

In 1808, the market was replaced by a Halles de Boucheries, or meat market. This consisted of a three hundred foot long, forty nine foot wide hall made up of a one hundred four columnns forming three alleys with a series of stalls, each designated as either meat or produce. But this structure too would be destroyed by a hurricane in 1812. Finally, the market which still stands today was built in 1813.

Throughout the 19th century the market slowly expanded. In 1823 a vegetable market was added, in 1833 dry-goods, 1835 a vacant space, known as the “Neutral Ground” was set aside specifically for Non White and Indian traders and in 1853 a nearby waterworks was converted to a fruit market. Conditions in the market, which were largely unregulated, were finally handled by Union Commandant Benjaming Butler, who realized that the market was a breeding ground for the yellow fever which had been running rampant through the city. Finally, in 1870 a bazaar market, dedicated to drygoods, was constructed.

The market was a favorite of John James Audubon, who often purchased birds from local vendors at the market. Today, the French Market remains as diverse and dynamic as the city of New Orleans. The market remains popular with locals as well as visitors.