Exterior of the Old Ursuline Convent 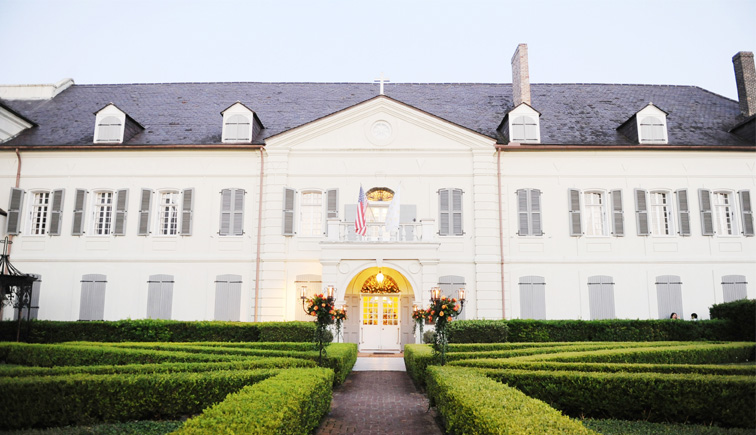 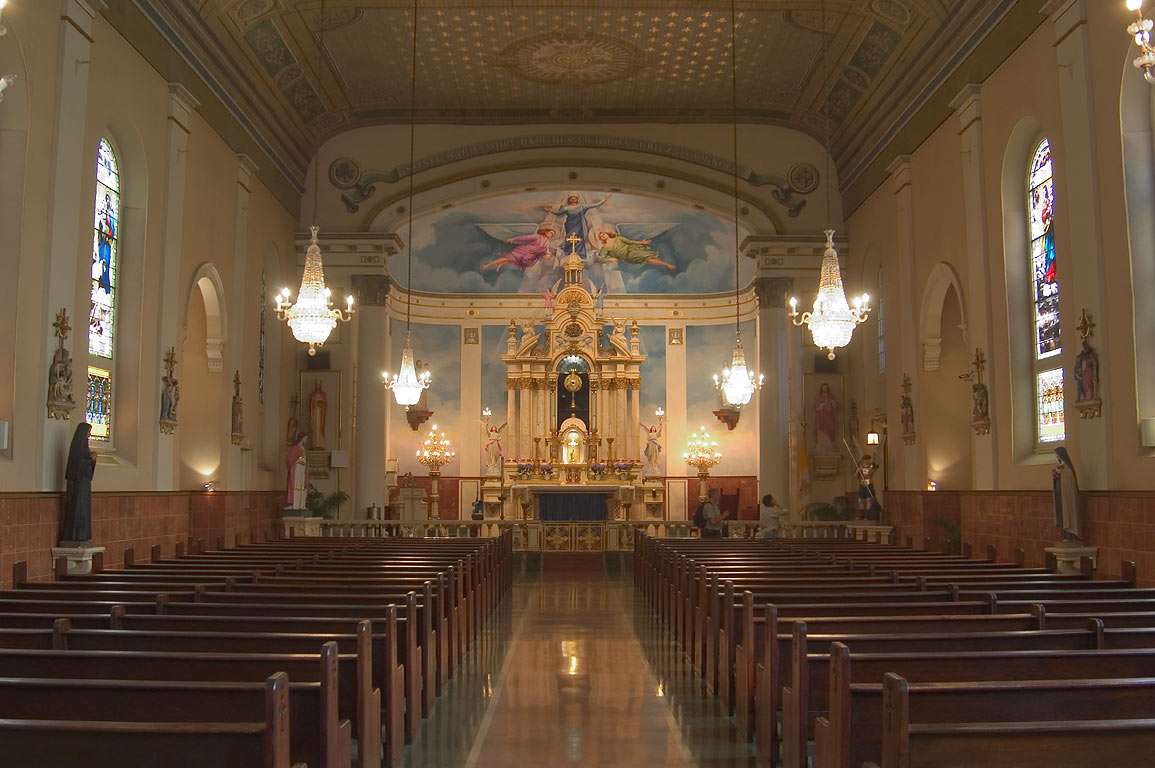 1733 diagram of the first Ursuline Convent by Ignace François Broutin 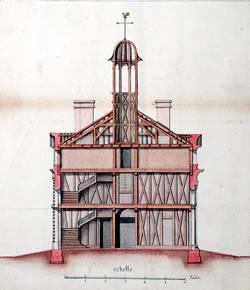 Second Convent building as it appeared the year of the Battle of New Orleans: Courtesy of the Collections of the Louisiana State Museum 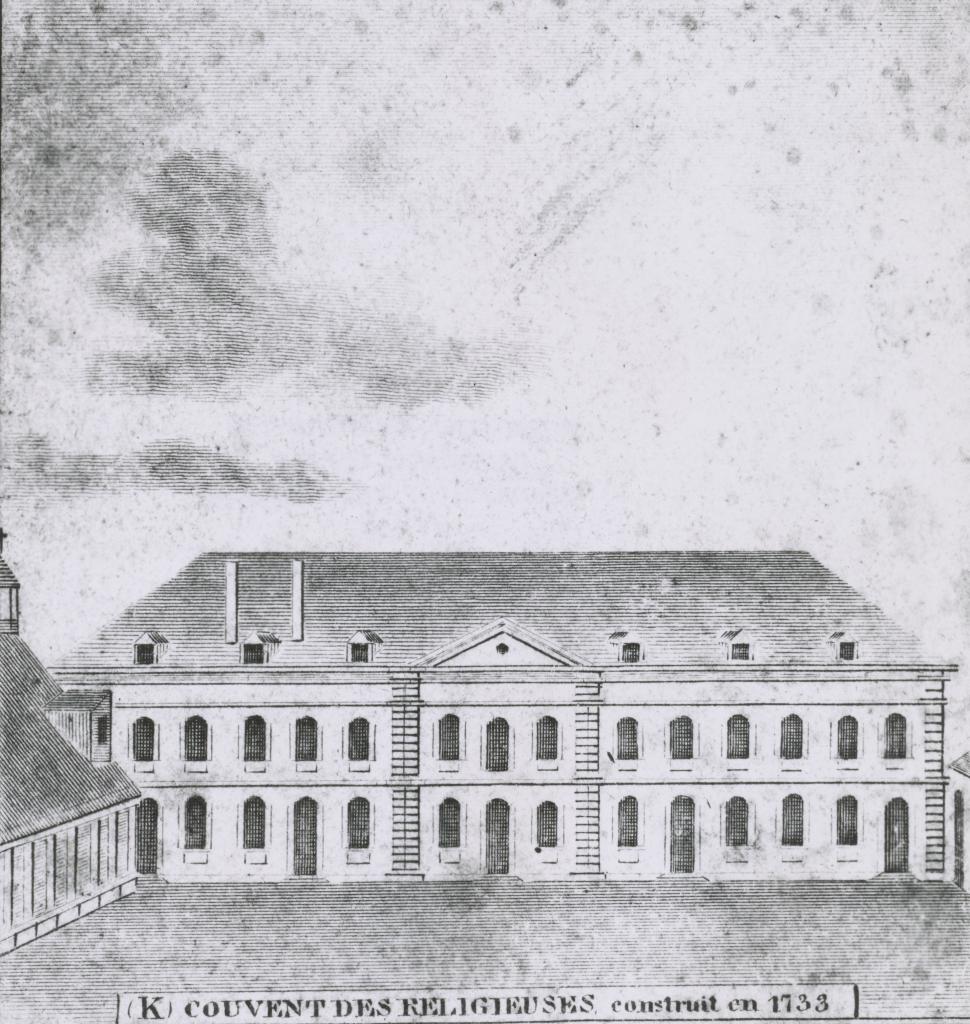 Louis Guillaume, Valentin, Dubourg, Langlume, Lithograph. Abbe Dubourg was offering Mass at the Ursuline Chapel on the morning of January 8, 1815, when a messenger ran in shouting "Victory! Victory!" Dubourg later presided at the Thanksgiving service 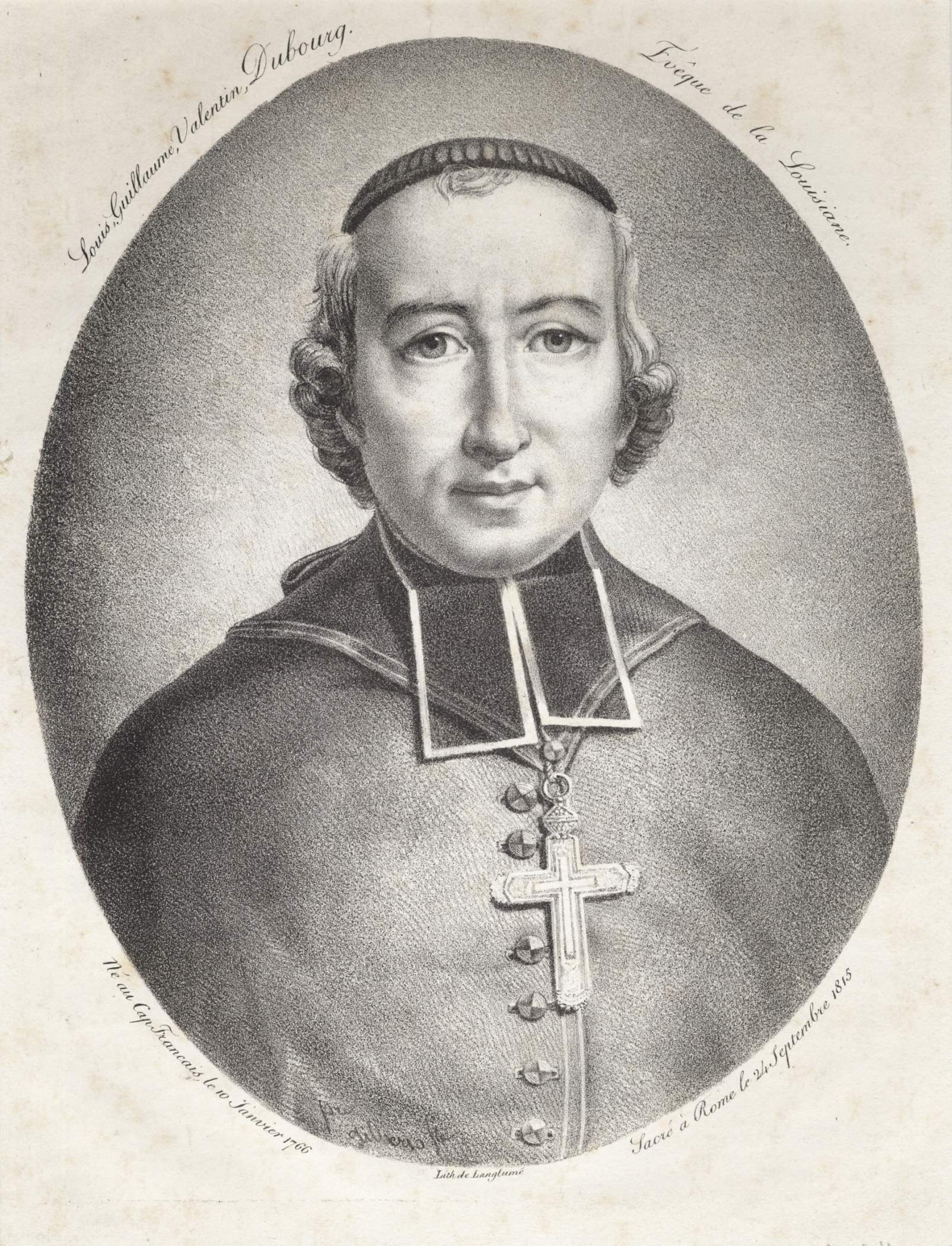 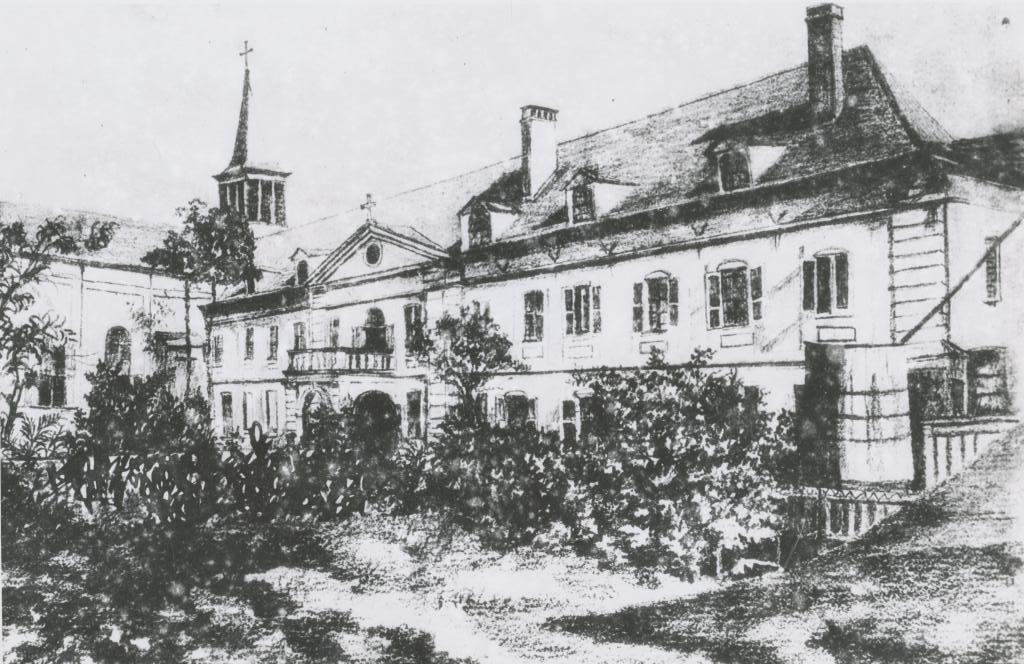 The Old Ursuline Convent is the oldest building in the Mississippi Valley. Constructed by French Colonial Engineers, the convent was designed in 1745 and completed in 1752-1753. Over the centuries, this building has served various purposes: a convent for the Ursuline nuns, a school, an archbishop's residence, the archdiocesan central office, and a meeting place for the Louisiana Legislature. Later, it served as a residence for priests serving mainly the Italian community and then housed the Archdiocesan Archives. It was designated a National Historic Landmark in 1966. Today, together with the St. Louis Cathedral and St. Mary's Church, it forms the Catholic Cultural Heritage Center of the Archdiocese of New Orleans.

The Old Ursuline Convent’s facade is simple, with twelve bays, two floors and an attic level made of three dormers. Having many doors and windows available and across from each other is a feature that was developed specifically for this climate as a way to battle heat and humidity. Placing the doors and windows parallel creates a cross ventilation, forcing warm interior air out and cool outside air in.

The Convent standing today is the second such building constructed on this site.  The first building for the Ursuline nuns in New Orleans was designed by Ignace François Broutin in 1727 when the nuns arrived in New Orleans. Michael Zeringue (Johann Michael Zehringer), the King's Master Carpenter from Franconia, Bavaria and progenitor of all "Zeringue" families in Louisiana was the builder. Planning, collecting material, and construction took years. Existing drawings show the building in 1733, although it was not officially finished until the following year.

Colombage (half-timbered) or briquette-entre-poteaux (brick-between-post) was the major form of French Colonial construction in the colony during the 18th century (see also Pitot House). Usually the exterior walls were then given a protective covering of stucco or wooden boards; but the fact that the timbered walls of the Ursuline Convent were left exposed is confirmed by a drawing from 1737. Such construction proved to be inappropriate for the humid climate of New Orleans (with significant deterioration already apparent by 1745), in addition to being a fire hazard.

In 1745 plans for a new building of brick and protected colombage were prepared by Ignace Broutin. The contractor was Claude Joseph Villars Dubreuil, Contractor of Public Works for the King. His wife, Marie Payen de Noyan, was Bienville's sister. This structure was completed in 1751. It is likely that Alexandre de Batz also took part in the design because several payments are listed to him for work on the new building. The new building was laid out adjacent to the site of the older structure, and some materials from the older building were used in the construction of the newer one.

Built of stucco-covered brick, the new building, also known as Old Ursuline Convent, is typical for the French neoclassical architecture. It is a formal, symmetrical building, severely designed in its lack of ornamentation. No applied orders of pilasters or columnns relieved the plain walls. Only the slightly arched window set in shallow moldings, the rusticated quoins at the corners and narrow central pedimented pavilion break the even rhythm of the fenestration. The broad plain hipped roof, broken only by small low-set dormers contrasts well with the multi-windowed façade and completes the austere but not unpleasant, finely proportioned building.

The ground floor was used largely for the dormitory, classrooms, refectory, and infirmary of the orphanage, maintained by the nuns. The second floor contained cells for the nuns, a library, another infirmary, and storerooms. The winding stairway visible from the main entrance hallway is believed to be from the original convent, installed in the new building.

Baudier, Roger. A Historical Sketch of the St. Louis Cathedral of New Orleans; The First Ursuline Convent and the Mortuary Chapel. New Orleans: Published under the auspices of the oblates of Mary Immaculate, 1936.

Baudier,Roger, and Vincent Liberto. Through Portals of the Past: The Story of the Old Ursuline Convent of New Orleans. New Orleans, 1955.