Built in 1896, Earle & LeBosquet Block replaced a previous three-story structure that had been built two decades prior and was home to the offices of some of the city's leading firms. The DDes Moines structure was one of the city's first Chicago Commercial Style structures, and it was designed by the locally-renowned architect, Charles E. Eastman. The building held office space and reflects a time when the nation was recovering from the Panic of 1893. At the turn-of-the-century, Des Moines enjoyed substantial economic growth related to its role as a regional hub for business and trade made possible by the expansion of the railways and the centrality of Iowa's farms and businesses to the larger economy. 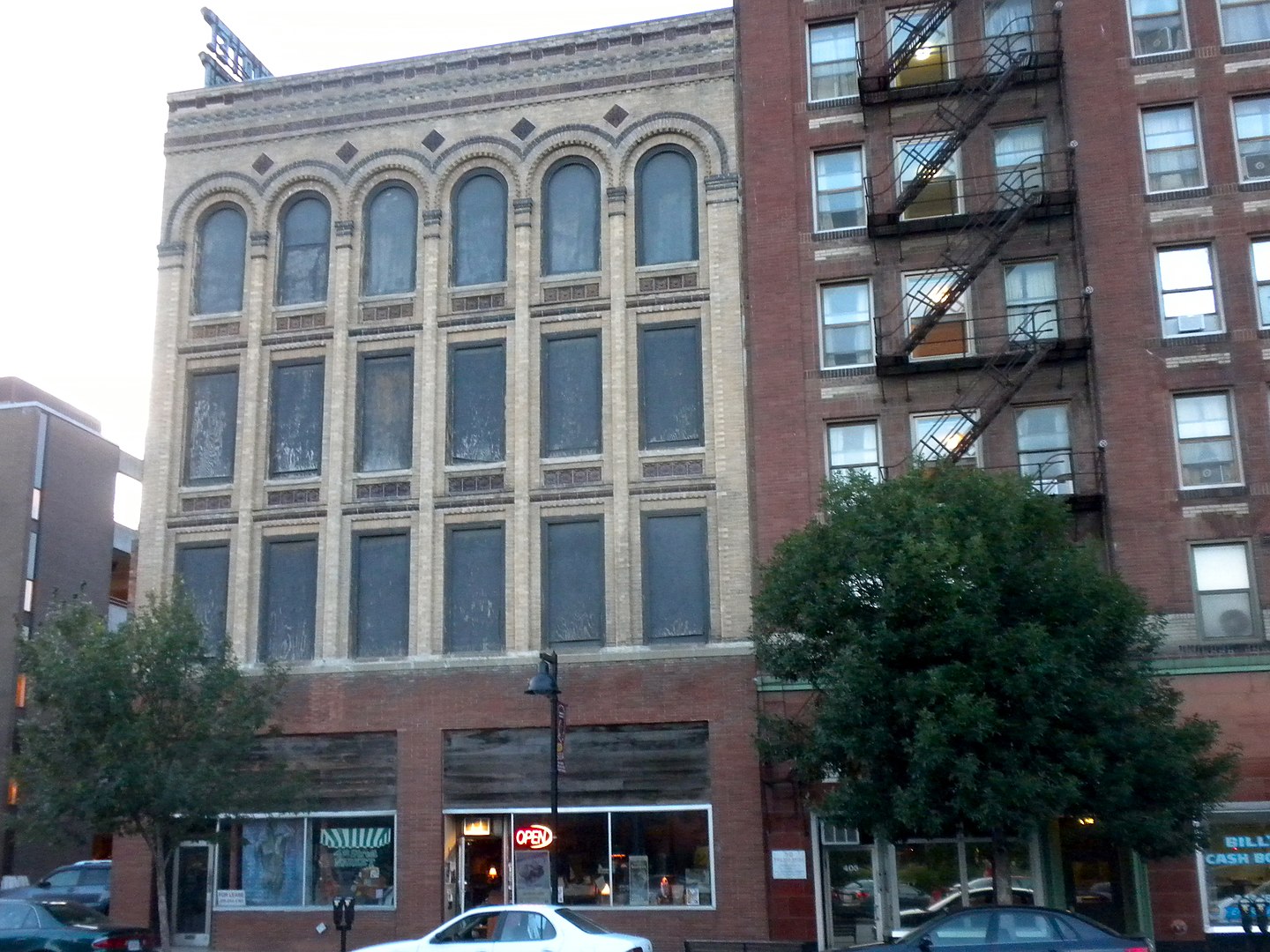 The Earle & LeBosquet Block opened in 1896 and is an outstanding architectural design -- Chicago Commercial Style -- conducted by Charles E. Eastman, a noted late 19th and early 20th century Des Moines architect. The building served two wealthy lawyers and entrepreneurs seeking to invest in commercial real estate. The structure was constructed at a time when the nation was recovering from the Panic of 1893. Conversely, Des Moines enjoyed economic growth at the time, mainly tied to the expansion of the railways and the resultant construction related to that growth.

The Earle & LeBosquet Block functioned as a commercial building for its first owners, I. M. Earle and P. S. LeBosquet, lawyers who formed the firm of Bosquet & Earle (and later with Solomon F. Prouty joined them). LeBosquet added to his wealth with a variety of real estate investments. Earle engaged in a wide range of business pursuits, including vice-president of the Des Moines Lumber Co (and Solomon F. Prouty served as treasurer). Lumber existed as one of the growing industries in Des Moines during the 1890s. Although the building opened at the tail end of a four-year national economic depression (stemming from the Panic of 1893), railroads grew substantially in Iowa during the 1890s, which led to abundant construction both directly and indirectly linked to the railway expansion.

The Earle & LeBosquet Block stands on the site of an earlier, 3-story brick edifice constructed in 1876 for a local book and stationery business. A January 1896 fire substantially damaged the old building. When Earle and LeBosquet purchased the property, they debated razing the old structure or building something new; they picked the ladder. The four-story Earle & LeBosquet Block housed two commercial rooms at street level with upper stories devoted to warehouse space. Evidence suggests the top floor, as well as a renovated facade, emerged between 1910 - 1915. A neon sign was added in 1953. Eastman designed the structure to sit flush with its neighbors; hence he concentrated all the stylistic expression to the building's facade. Eastman's use of terra cotta for architectural detailing and buff-colored brick for the building's front facade was a precursor to its more widespread use of those materials in Des Moines during the following several decades.

Today, the block building is part of an apartment complex known as The Randolph, an adaptive reuse of three separate historic buildings: The Randolph hotel (circa 1912), the Youngerman Block (circa 1876), and the Earle & Le Bosquet Block.