The Warfield, Pratt and Howell Company Warehouse occupied this location on Court and Water streets in 1884, They had this warehouse built in 1900-1901 for their wholesale grocery company. The Warfield and Pratt partners had moved the business to Iowa in 1880; Pratt became a partner in 1897. The six-story brick building reaches about 80 feet in height. A matching addition was added to the structure about six years after completion, resulting in two public facades, with the new façade on Water Street. After 1935, other businesses were housed in the building. It was listed in the National Register in 1985 and is now leased for office space. 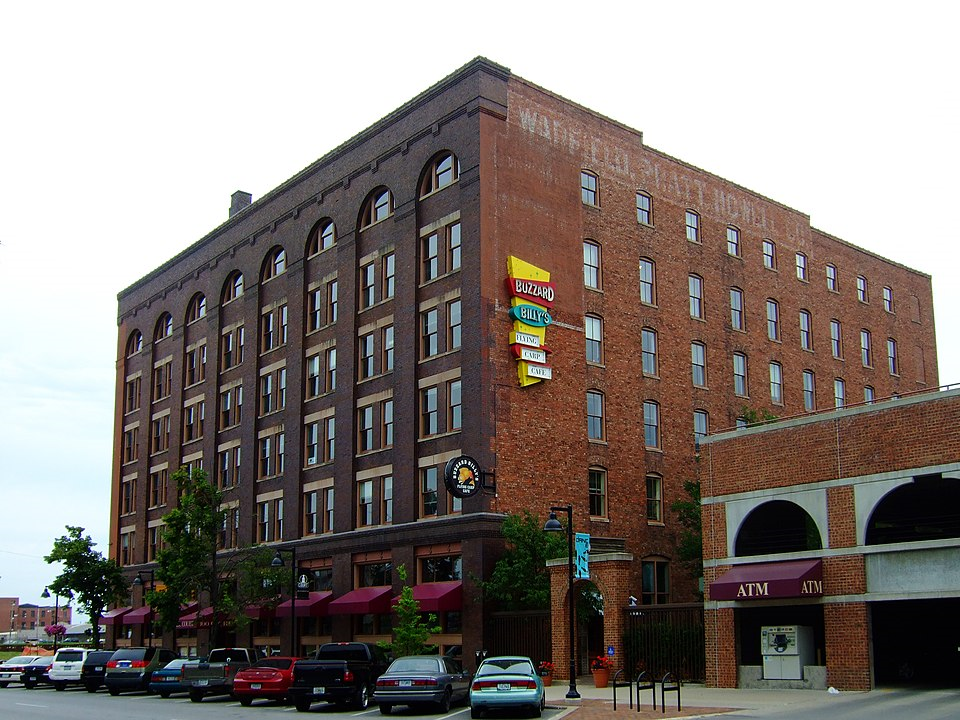 Wilson R. Warfield, John W. Howell, and William J. Pratt used to operate their wholesale grocery business from a three-story brick building on the corner of W. Court Avenue and Water Street. They had this six-story brick warehouse built next door by 1901, five bays wide and fronting on W. Court Avenue. They had the three-story building removed so that the warehouse could be expanded to its present size by 1909, fronting both W. Court Avenue and Water Street. The architectural firm Proudfoot and Bird designed the addition and possible also the original warehouse. Much of the first floor space was occupied by office space. The Des Moines office of the company employed sixty-five people in 1909 and the company had spread to Missouri, Nebraska, North and South Dakota, and Minnesota. Two of the company's brands were "Northwestern" and "Dandelion." An ice machine with a capacity of 18 tons was located in the basement by 1920.

Fairly simple in design, the building lacks the typical ornamental stone of commercial buildings of the late nineteenth century, with plain stone lintels. Richardsonian brick arches link the brick piers on the sixth level, and the building has a corbelled brick frieze and lintels with a parapet wall on three sides. The building used to have a huge water tank on its roof. The company name used to be painted on the building's east and west sides. Later tenants included Western Grocery Company in 1935, C.C. Taft Company in 1938, Luthe Hardware Company in 1940, and L.H. Kurtz Company. An auger-shaped sliding chute descended from the top of the building to the first floor. Two original rooftop penthouses had metal exteriors and were slated to be removed in the 1980s. Levy, Malone and Company bought the building in 1978 and were planning to renovate it around the late 1980s. The exterior window lights are new but the rest of the building's design was preserved.

The building lies at the east edge of the historic warehouse and shipping district, just west of the river, in the original commercial center of town. The Warfield, Howell and Pratt Warehouse was listed in the National Register in 1985 with significance in architecture, as a good example of turn of the twentieth century warehouse construction. The renovated interiors now hold office space in the building now known as 100 Court Avenue. The building features a common area lobby and restrooms in a garden level. Exposed brick and timber columns are part of some of the office space for lease. If you have a hankering for Cajun food after peering at the photo below showing Buzzard Billy's bar and grill on the street level, you need to go elsewhere for gator burgers - they have moved from the warehouse building to elsewhere (615 3rd St.) in town.