The Isaac N. Maynard Rowhouses, built in 1880-81 by Issac N. Maynard, consist of three groups of connected rowhouses. Maynard, who made his fortune in Chicago's burgeoning pig iron industry, was one of many developers who helped rebuild the residential area around Washington Square after the Great Chicago Fire, which mostly consisted of affluent residents. 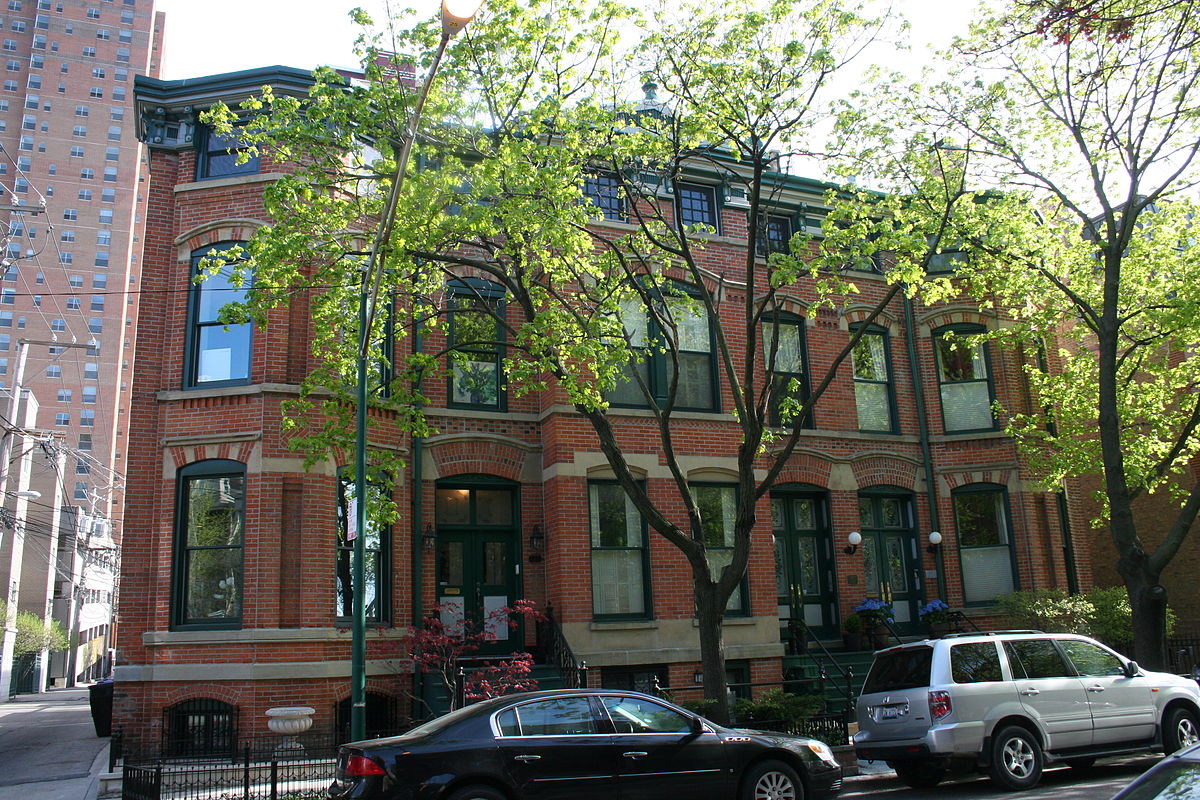 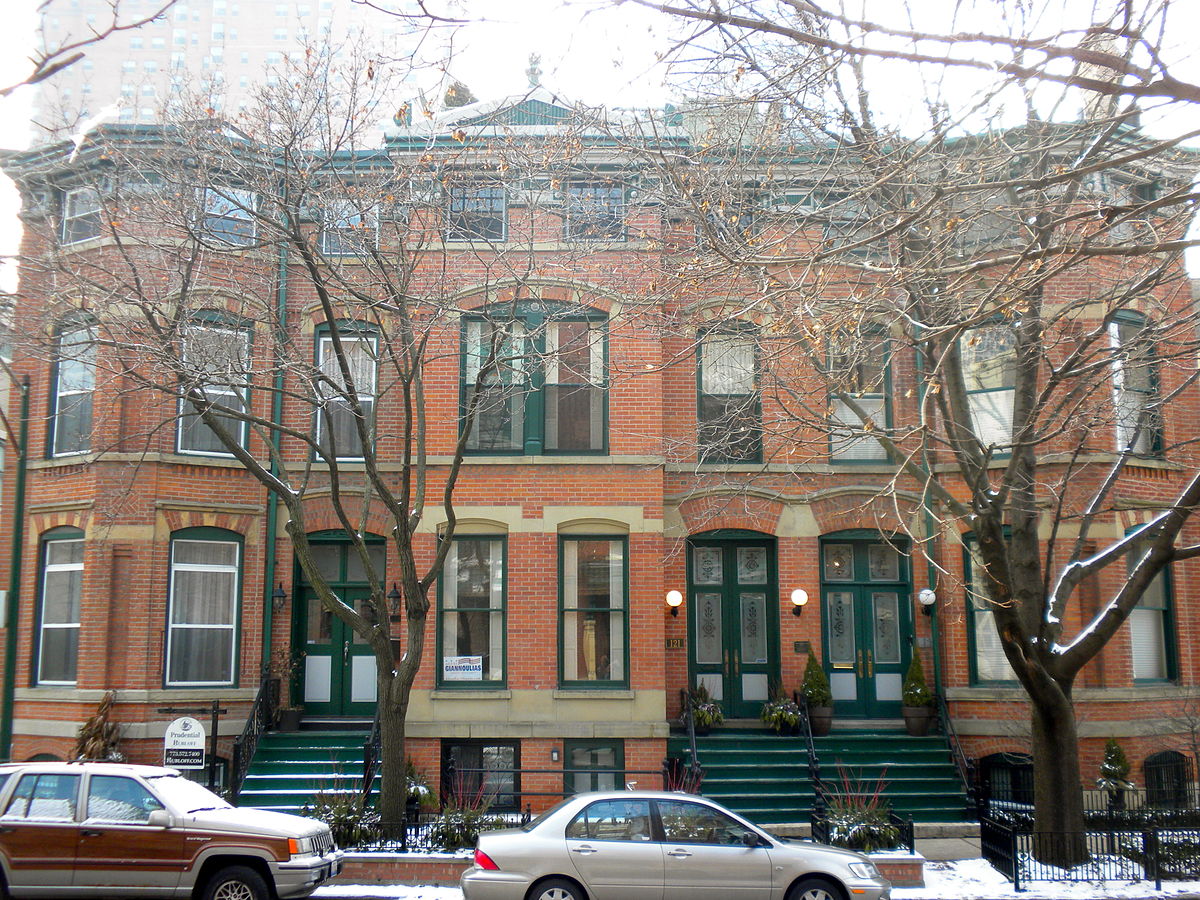 The Isaac N. Maynard Rowhouses, built in 1880-81 by Issac N. Maynard, consist of three groups of connected rowhouses located at 119-123 W. Delaware Place in Chicago’s Near North Side neighborhood. Maynard was one of many developers who helped rebuild the residential area around Washington Square after the Great Chicago Fire, which mostly consisted of affluent residents.
Isaac N. Maynard arrived in Chicago as an adult in 1868, a few years after the conclusion of the U.S. Civil War. He exemplifies the typical post-fire investor on Chicago's north side. During his first year, he lived as a boarder Revere House but quickly found work in Chicago’s flourishing pig iron industry, needed for producing the nails, spikes, bar and sheet iron used in everything from Chicago’s booming railroad industry to factories and warehouses. By 1870-71 , Maynard worked his way up the proverbial latter and became a partner in the pig iron firm that hired him, resulting in the new name of Piatt, Thorn & Maynard.
Maynard moved to Washington Square area during the 1870s; first, one block north of the Rowhouses that he would eventually commission and then one block south after the Great Fire destroyed his first Washington Square residence.  By the end of the decade, in two separate transactions (1879 & 1880), Maynard purchased the land for the Rowhouses.  On September 27, 1880, Isaac N. Maynard was issued a building permit that eventually turned into the now historic landmark.
The American Land Company donated land to the City of Chicago in 1842 on the condition that it forever remain an open public square, which eventually became Washington Square. The Isaac N. Maynard Rowhouses deigned in the Queen Anne style by the architecture firm of Treat and Foltz are located within the space surrounding that donated parcel of land. In fact, the development of the Rowhouses occurred during a twenty-year span following the donation that involved the development of numerous elegant housing districts. Though the Great Chicago Fire of 1871 interrupted development of the Washington Park area, post-rebuilding repeated the development patterns that existed before the fire, mostly attracting wealthy investors who purchased lots and built residential structures.
However, the demographic makeup of the area changed with the approach of the turn of the century, which included the emergence of rooming houses, cheap cafes and a multitude of saloons and cabarets. By around World War I, the business and industrial development also encroached upon the area, as well as the numerous immigrants who worked as laborers. As a result, the wealthy vacated the area. It was not until the 1970s that the area around Washington Square once again transitioned into an appealing location for prosperous Chicago residents.
To see the rowhouses is to peer into the window of Chicago’s Gilded-Age past when the city proliferated on the shoulders of the railroad and the industries which relied upon them. The growing wealthy class, who owned many of the industries, lived together in areas such as the ones near Washington Square, including in many structures built in the massive rebuilding that took place after the Great Chicago Fire.