The 128,000-square-foot Flour Exchange Building was constructed in two phases. Construction of the first four floors occurred in 1892 followed by the last seven floors in 1909 The Flour Exchange Building enjoys a Chicago School design and was the first steel-and-concrete high-rise in Minneapolis. The building stands as a lasting reminder to its once flourishing flour milling industry, earning it the nickname: Mill City. 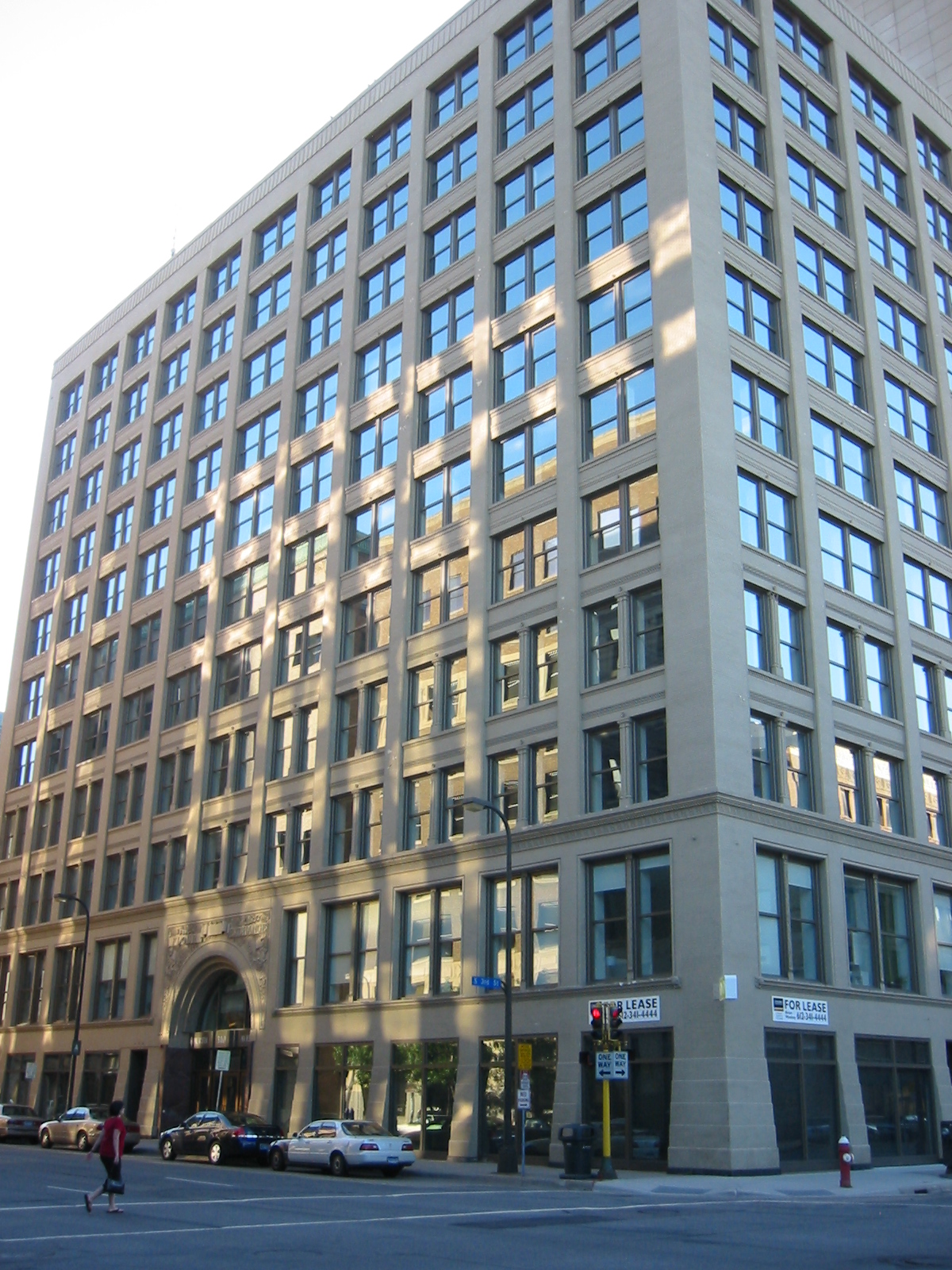 The Flour Exchange building survives as a monument to the nearly fifty-year period where Minneapolis stood as the flour milling capital of the world from roughly 1880 to 1930. Construction of the building took place in two phases. Completion of the first four floors occurred in 1892 only to have the "Panic of 1893" result in a halt to the construction of the rest of the structure. In 1909, builders finished the final seven floors. When the building opened, it held the distinction of being the first steel high rise in Minneapolis.

Minneapolis lies near abundant wheat-growing areas located in the central and northern Great Plans as well as parts of Minnesota. Furthermore, the state nickname, Land of Lakes, speaks to the city and region's easy access to water power. Also, Minneapolis grew in a location near St. Anthony Falls and its tremendous waterpower. With nearby wheat and plenty of water power, the milling industry flourished in the Twin Cities, especially with railroad lines tying the area to Chicago, New York, and numerous other big cities in the Eastern U.S.

Of course, cities don't arise naturally. Minneapolis owes its history, including the abundant mills, to entrepreneurs who possessed the foresight to see the potential for investing in flour in what would become a major city in Minnesota. The industry's early success led business leaders to focus on improving the technology to produce more flour each day, which in turn inspired farmers in its hinterlands to find ways to produce substantial amounts of wheat. The expanding milling industry coincided with the cultivation of millions of acres of northern Great Plains land.

By 1890, Minneapolis surpassed St. Louis as the leading center for flour milling and subsequently enjoyed a booming economy marked by wealthy investors and countless laborers that mirrored many large urban centers during the Gilded Age. The flour-milling success coupled with numerous ancillary businesses, and the resultant economic boom, drew migrants and immigrants to the city so that its population more than quadrupled from under 50,000 in 1880 to over 200,000 by 1900.

To view the Flour Exchange building today is to see the example of humans to commodify the soil and turn natural resources into profit at an exceedingly rapid pace. The economic success tied to the milling industry helped Minneapolis grow into one of the nation's twenty biggest cities by the early twentieth century. The city's downtown region grew as the city matured and the subsequent construction of skyscrapers by around the turn of the twentieth century. So, it is fitting that the Flour Exchange building emerged as the city's first steel high rise.