Lenna Yost was a leading advocate of women's suffrage. Correspondence between Yost and the governor demonstrate her growing influence that led to the state's ratification of the 19th Amendment.

This building was constructed by the Women's Christian Temperance Union in 1922. 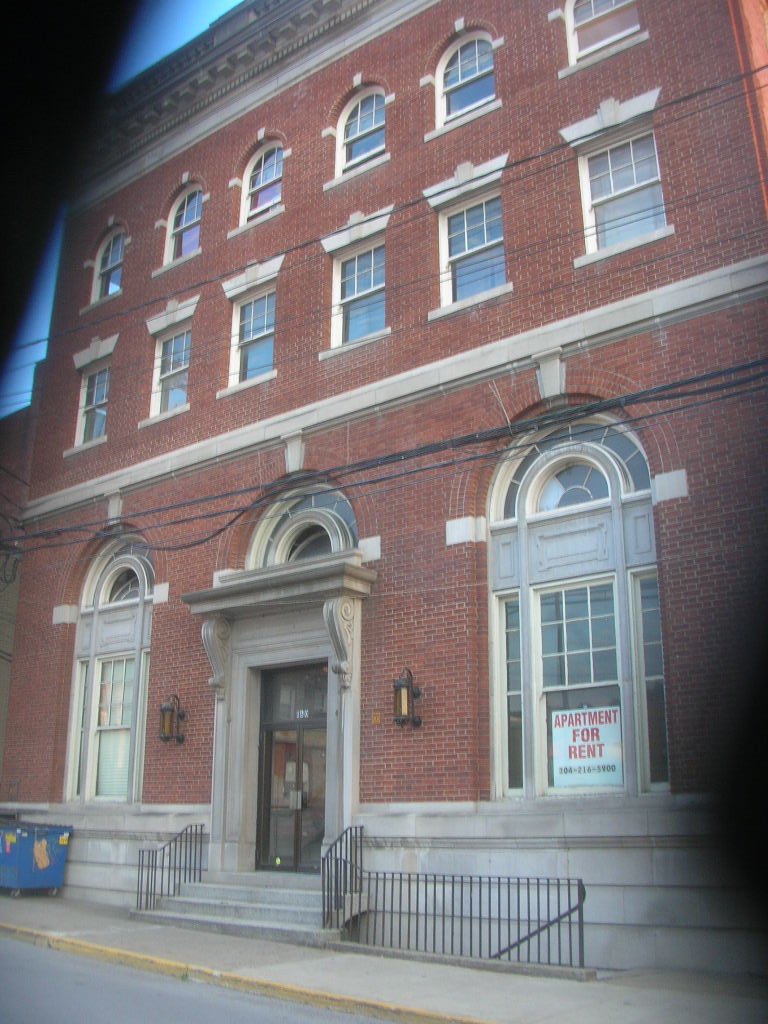 The building consists of four floors and a two-level basement, which houses a large gymnasium, making it both the largest and most sophisticated Women's Christian Temperance Union (WCTU) building in the state of West Virginia. The interior of the building has retained its original oak woodwork and fixtures and is virtually unchanged. The building also has many of its original furnishings, including cut-glass mirrors, mission-style and wicker furniture, and 1920s artwork.

The Morgantown chapter of WCTU was formed in 1884 with 19 initiating members. The chapter’s first president was Elizabeth Moore, a founder of Morgantown’s Woodburn Female Seminary and the area’s leading proponent of women’s education.

The WCTU Community Building was home to many of the humanitarian projects that the Morgantown chapter of the WCTU undertook in the areas of women’s suffrage, health and education, and the prohibition of alcohol.

However, despite the chapter’s high membership, the WCTU Community Building was not completed until 1919. In fact, it took the WCTU five years to raise the money for the center through continuous fundraisers, benefit plays and concerts, help from other WCTU chapters and other civic organizations, and $20,000 left in the will of a former chapter president.

Although the Morgantown chapter of the WCTU shrunk substantially with the repeal of prohibition and the onset of the Great Depression, the WCTU Community Building still stands as a reminder of the era in which women proved that they could constitute a deciding force in national politics and mores, with or without the power of the vote. The WCTU Community Building was added to the National Register of Historic Places in 1985.

Lenna Lowe Yost was born on January 25, 1878 in Basnettville, Marion County, West Virginia. Prior to her marriage, she attended Ohio Northern University and West Virginia Wesleyan College to study art.

Yost and her husband, Ellis, were both active advocates of prohibition. After moving to Morgantown with her husband in 1905, Yost sought activist involvement in Morgantown’s WCTU. Her husband, through his position as a member of the House of Delegates, proposed a 1913 enforcement act to be applied to West Virginia’s 1912 prohibition amendment; this came to be known as the “Yost Law.” [1]

She became the president of West Virginia’s WCTU in 1908 and quickly set her sights on incorporating women’s suffrage into the activist causes of the Temperance Union. She served as president of the WCTU for ten years. She resigned from her role of president of the WCTU in 1918, so that she could serve as legislative representative for the national WCTU and as the organization’s Washington, DC, correspondent for the Union Signal. [1]

During this time, Yost also served as a member of the West Virginia Equal Suffrage Association, serving as its president from 1917 to 1919. She returned to West Virginia from Washington to lead the state in its ratification process for the 19th amendment, which would give women the right to vote. She succeeded in her efforts when West Virginia became the thirty-fourth of the thirty-six states needed to ratify the 19th amendment and guarantee women’s voting rights.

Following her success with women’s suffrage, Yost continued to pursue her passion of temperance activism by becoming even more politically involved. She served as chair for the Republican National Convention that would nominate Warren G. Harding for president. Following his assumption of the office, President Harding appointed Yost as the United States’ representative at the International Congress Against Alcoholism in 1921 and 1923. [2]

Yost went on to be the first West Virginian woman to hold a wide variety of positions in the state’s Republican Party and she was the first woman to be on the State Board of Education. After she moved to Washington, DC in 1930, she became the Director of the Women’s Division for the National Republican Party until her retirement in 1934.[1] She died at age 94 in Washington, DC in 1972.