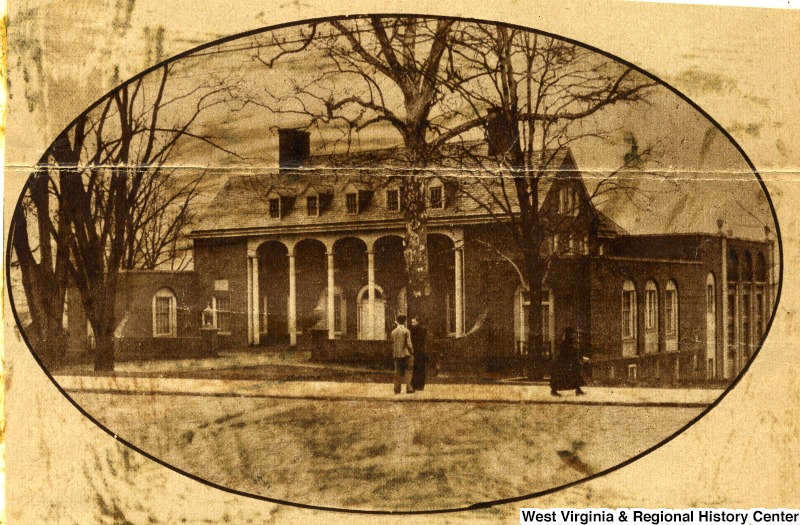 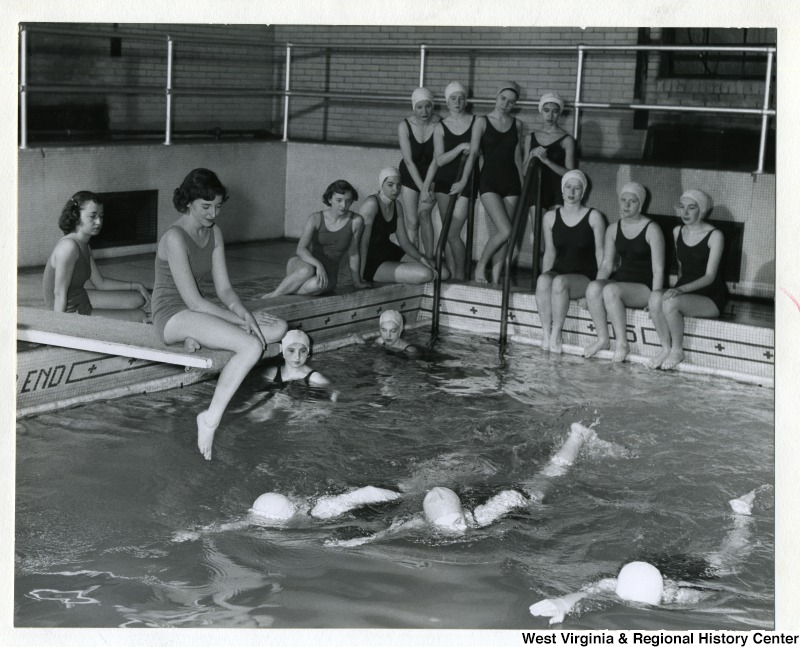 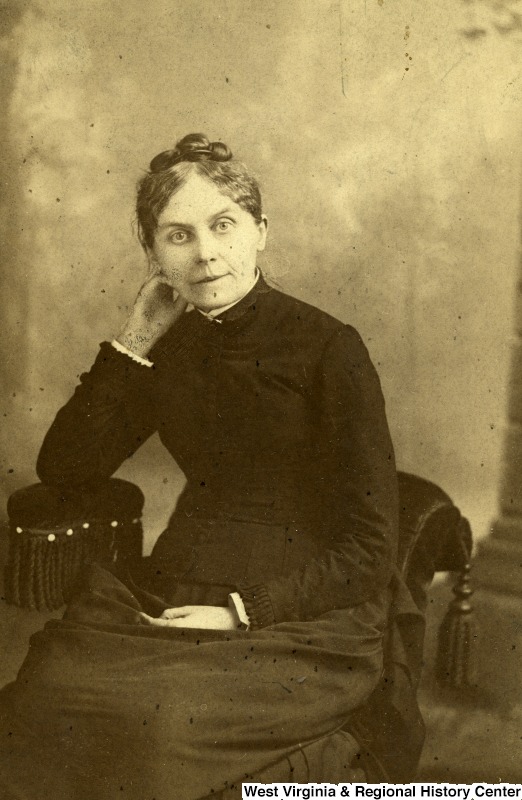 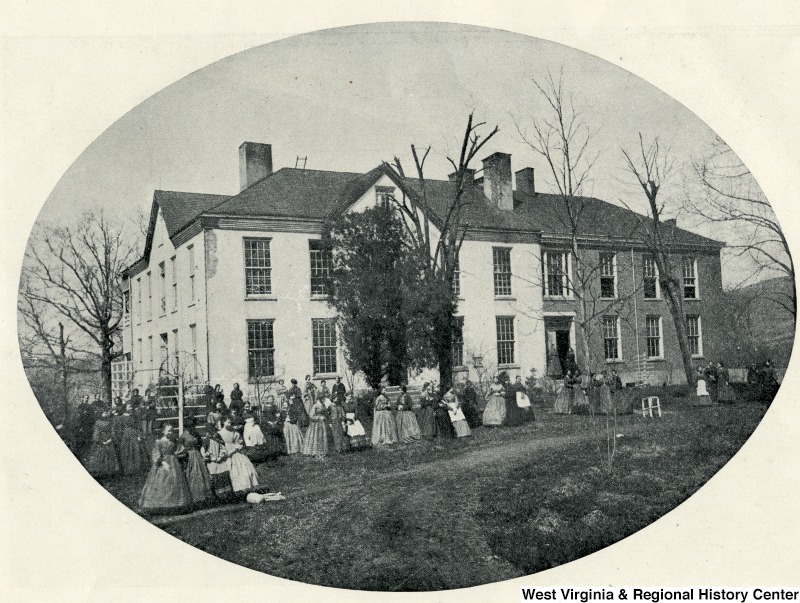 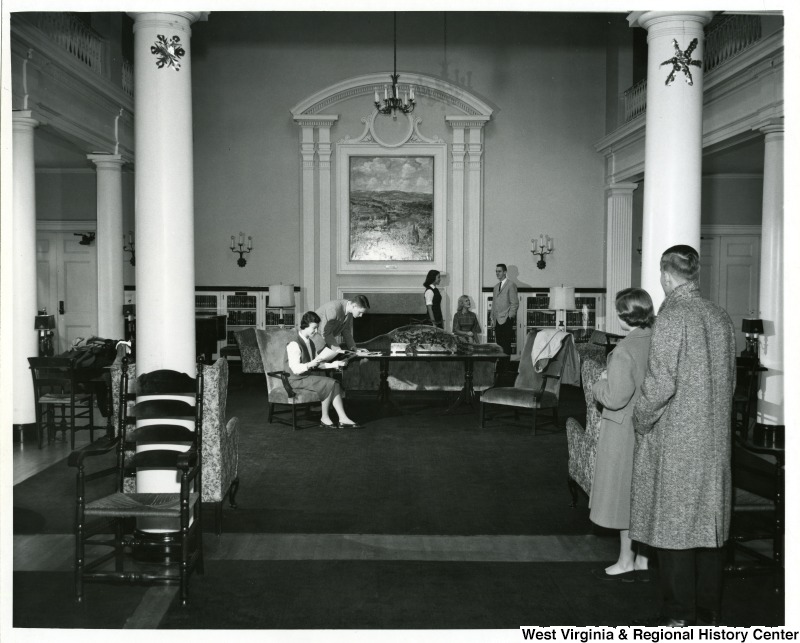 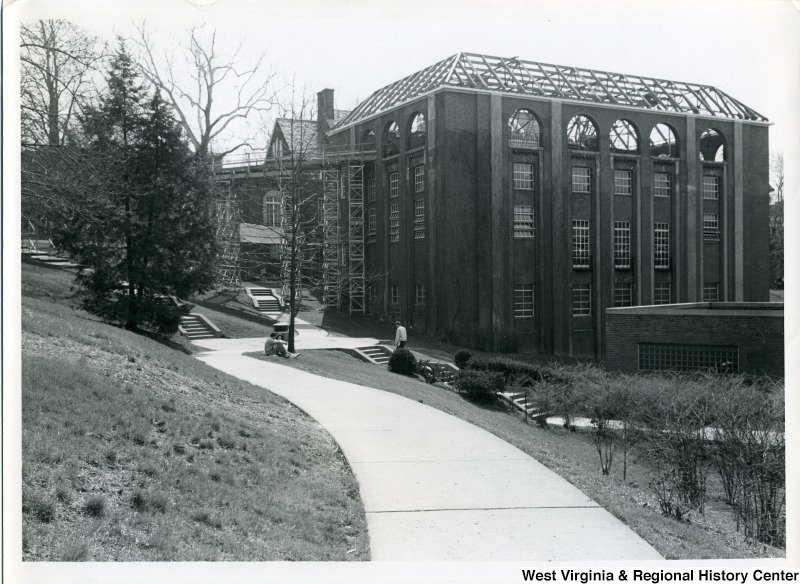 George Gardner Symon's "Flowing Outward and Beyond," oil on canvas, 1928, on display in the lobby of Elizabeth Moore Hall. 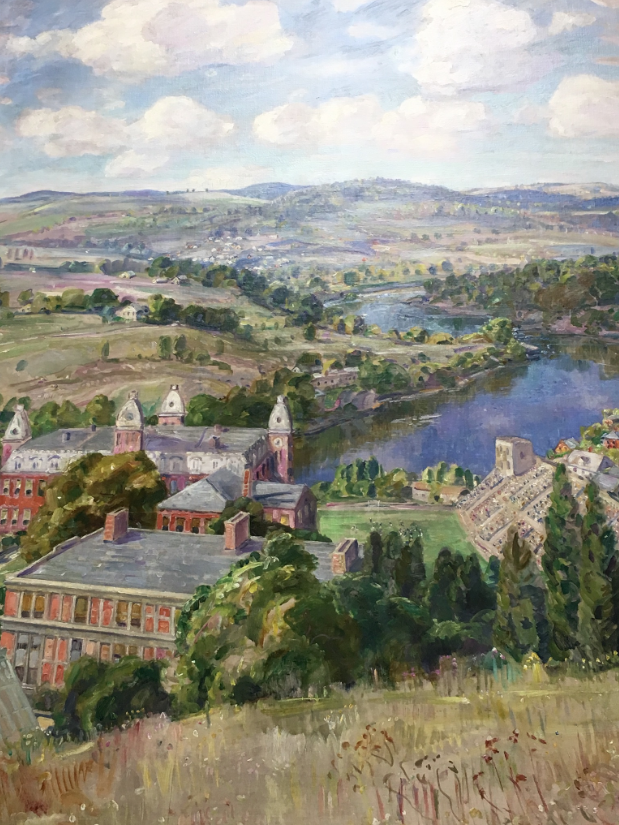 Dedication plaque for George Gardner Symon's "Flowing Outward and Beyond," on display in the lobby of Elizabeth Moore Hall 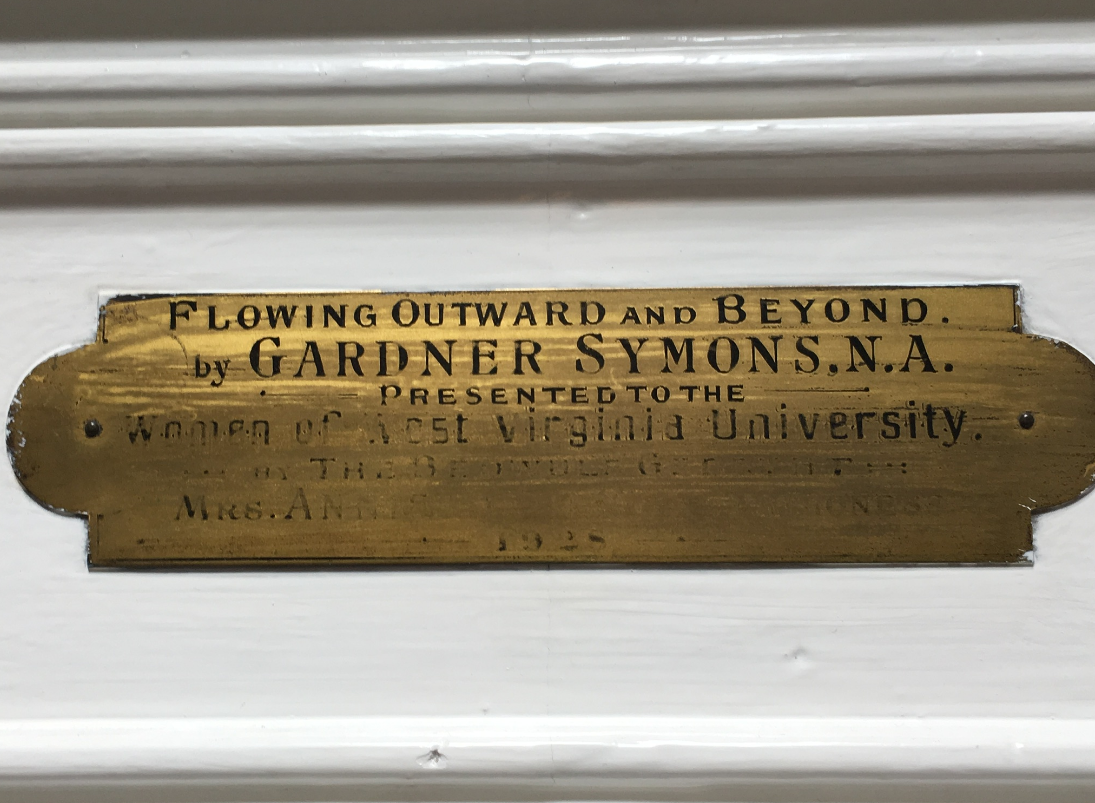 The building was named after an important figure in local education. Elizabeth Moore moved to Morgantown when her husband, Reverend John R. Moore was hired as the principal of Monongalia Academy in 1852. Although there was already a Morgantown Female Academy associated with Monongalia Academy, Elizabeth Moore and her husband felt inclined to improve local female education and established the Woodburn Female Seminary, which was incorporated in 1858. Reverend John Moore served as superintendent and Elizabeth Moore as principal and teacher. Three or four female teachers also worked at the seminary. During its eight years of operation, the Woodburn Female Seminary educated hundreds of local girls and women.1

Confederate troops occupied the seminary property in 1863, but did not damage the building. Elizabeth Moore sold the seminary to the Monongalia Academy after her husband died in 1864. The same year, both properties were donated to the state. The Woodburn Female Seminary was part of the real estate package that was selected by the state legislature as the location of West Virginia’s land-grant university. However, when the West Virginia Agricultural College (renamed West Virginia University) opened in 1867, female students, including those that had graduated from Woodburn Female Seminary, were not admitted. The seminary building was part of WVU’s campus for less than a decade as it burned down in 1873. In 1876, Woodburn Hall (previously known as New Hall/University Hall) was built on the site of the seminary.

Elizabeth Moore Hall displays George Gardner Symon’s mural-sized oil on canvas painting "Flowing Outward and Beyond," which depicts WVU's campus and the beautiful scenery of the mountains and Monongahela River. Painted in 1928, Symon created this piece at the recommendation of Professor John Harrington Cox. Symons, widely known for his New England winter scenes, was a landscape painter that studied at Chicago Art Institute, as well as in Paris, Munich, and London. His work can be found in the Metropolitan Museum of Art and the Corcoran Gallery of Art.