This historic Jefferson City building was constructed in 1895 and originally served as a dry goods store. Eleven years later, the Kaullen family, who lived adjacent to the building, took over the store and turned it into the most prosperous business in the area until it closed in 1942. The building was home to a marine supply store until 1977 before ownership changed hands many times. During the late twentieth century, the building largely stood vacant. Today, a steakhouse and seafood restaurant occupies the historic building. In addition to its significance as an influential retailer, the architectural design resembles many brick, L-shaped buildings built by German immigrants along the Missouri River during the late nineteenth century. 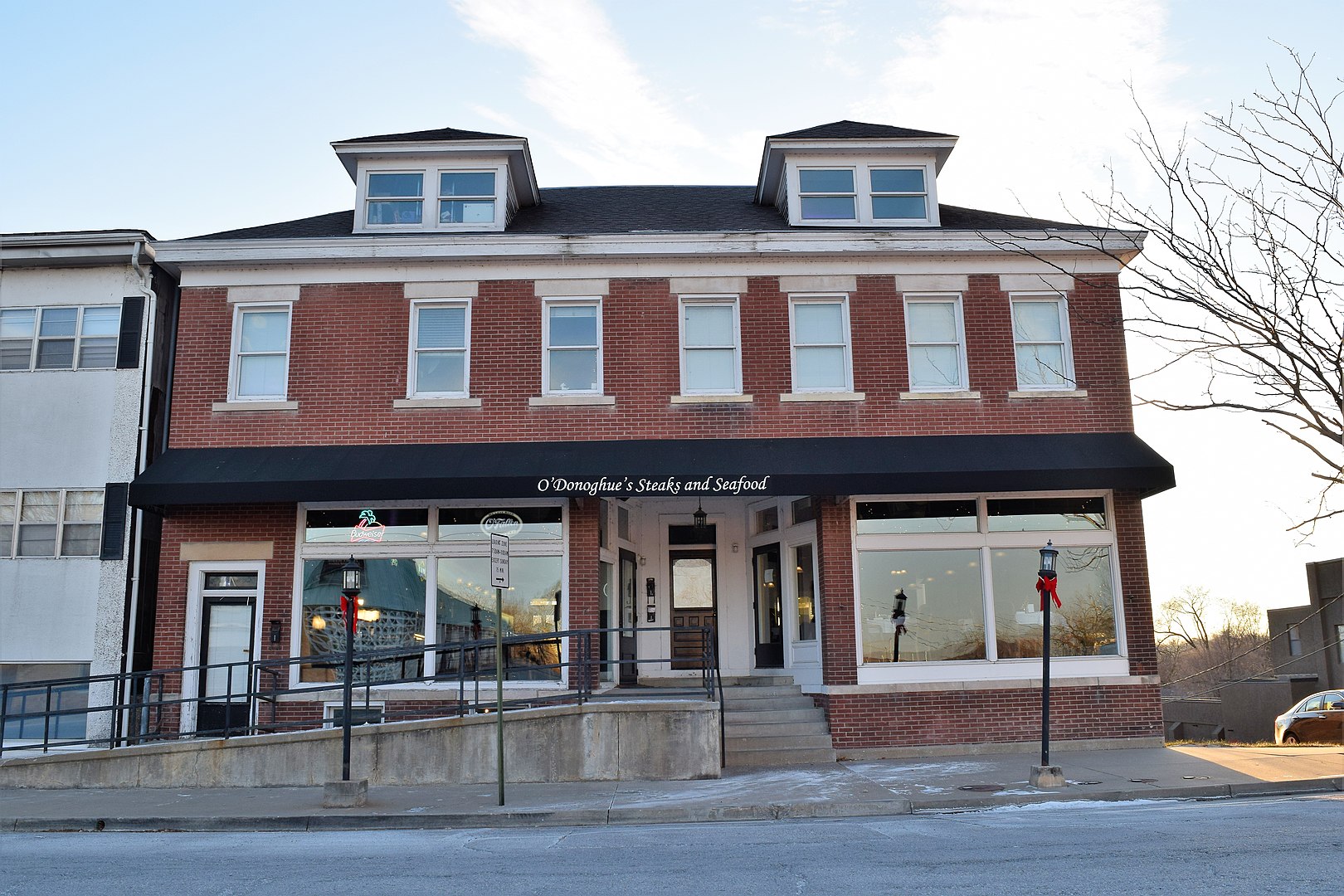 The Missouri-German Vernacular style property speaks to the German influence in Jefferson City and much of Missouri. Indeed many of the roughly seven million people that immigrated to the United States from German-speaking regions during the nineteenth and early twentieth centuries settled on the Mississippi and Missouri Rivers. After the Civil War, the populations of several small towns were almost entirely German; nearly everyone spoke German. German immigrants comprised four of the six members of Jefferson City's first Board of Education in 1867.

In 1873, Pauline Derkum obtained the deed on the land where the historic building now stands. She passed it down to Benjamin and Dora Derkum, who later deeded the property to William J. and Joseph R. Edwards on May 1, 1896. The deed read that Ben Derkum was living on the property, and it was known as the "Ben Derkum Store Property." Constructed in 1895, the Ben Derkum Store opened in 1896 and operated as a grocery store for eleven years. It grew into a prominent grocery and dry goods store under the ownership of the Kaullens from 1906 to 1942; they also lived in the building. Grocery items included fine china, the most up-to-date lines of staple and fancy products, coffee, domestic and imported teas, and an abundance of food items. Meanwhile, the store also sold dry goods, hardware, and pottery. The building design included large storefronts, allowing for eye-catching displays that attracted customers.

In 1942 the property was foreclosed on by Jefferson City Building and Loan Association and subsequently sold on the courthouse steps to Paul Griffin, a local entrepreneur. He used it as a marine retail sales store until 1977. Building ownership changed several times after the 1970s, and then it remained vacant for some time. As of 2022, it operates as a steakhouse restaurant.