Jefferson City National Cemetery was established in 1867 and contains the remains of veterans from every branch of the U.S. military. The earliest burials date to the Civil War. The cemetery is two-acres in size and features a monument to the 39th Missouri Mounted Regiment of Centralia, MO, which honors the Union soldiers killed at the Battle of Centralia on September 27, 1864. The cemetery is also notable for the lodge and utility building, which was erected in 1870 and is a good example of the Second Empire style. The Jefferson Barracks National Cemetery in St. Louis County operates the cemetery, which was added to the National Register of Historic Places in 1998.

The Jefferson City National Cemetery was established in 1867. Notable burials include the Union troops killed at the Battle of Centralia on September 27, 1864. 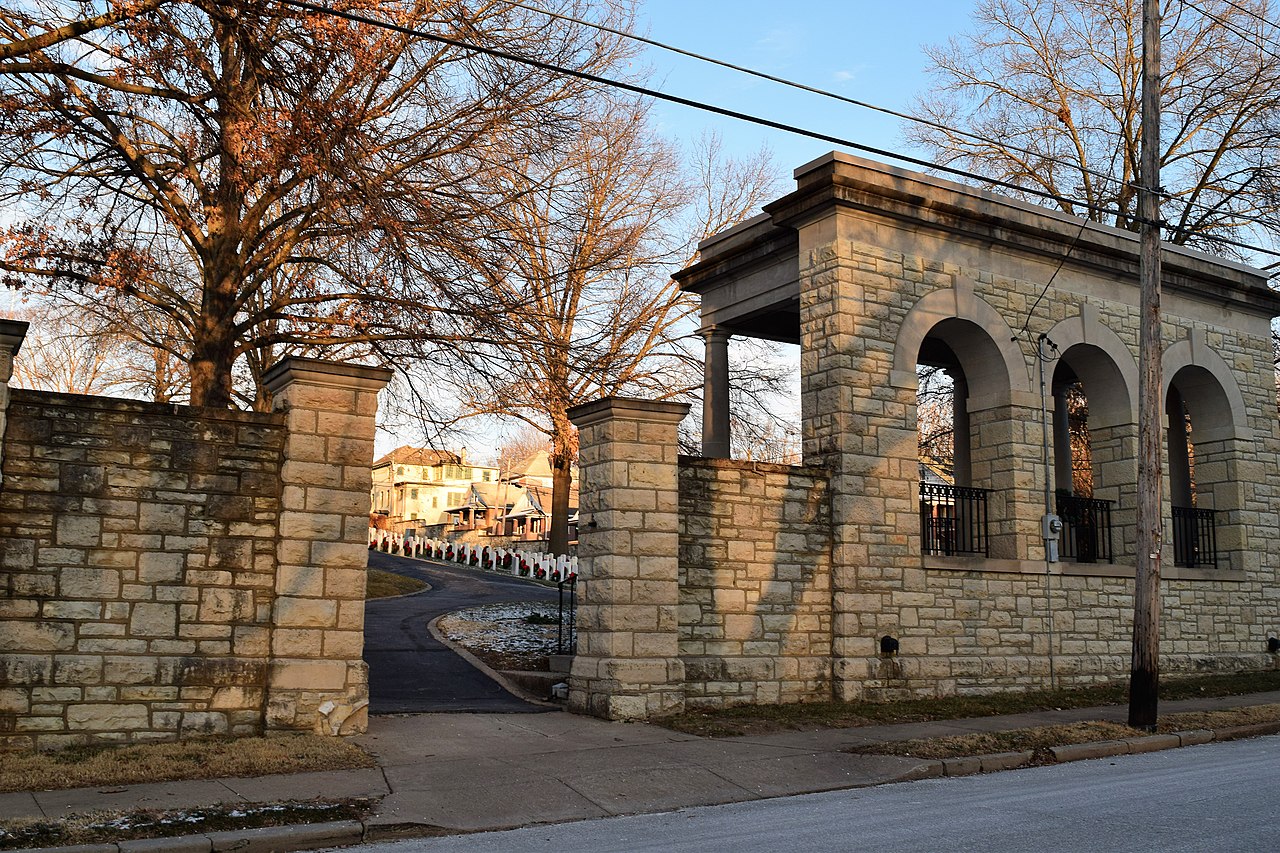 Records indicate that the first burials date as early as 1861 and that these individuals were from military organizations from Missouri, Iowa and Illinois. By the time the cemetery was officially established in 1867 there were around 350 burials. Today there are around 1,600 gravesites and the cemetery has not accepted new internments since 1969.

Jefferson City did not see any action during the war but, as noted above, many troops from the 39th Regiment are buried here. In late summer of 1864, the Confederates invaded Missouri in the hopes of capturing it. The campaign was led by General Sterling Price, who commanded a large force of mounted calvary and supported guerrilla warfare tactics. On September 27, a force of around 80 guerrillas led by Willian T. Anderson attacked and looted the town of Centralia, which is north of Jefferson City. When a Union train approached the city that morning, Anderson and his men, some of whom were dressed in stolen Union army uniforms, forced it to stop. On board were 125 passengers including around 23 discharged and furloughed Union soldiers (some were wounded and returning home). Anderson asked for one of the soldiers to step forward. Seargant Thomas M. Goodman volunteered, expecting to be executed. However, the guerrillas shot the other soldiers, mutilated their bodies, and set the train ablaze. A number of civilians were killed as well. Goodman was not killed and later described the incident, which became known as the Centralia Massacre, as the “most monstrous and inhuman atrocities ever perpetuated by beings wearing the form of man.”

In response, commander of the 39th Regiment, Major Andrew Vern Emen Johnston, ordered his force of around 146 mounted troops to ride to Centralia and attack Anderson. However, Johnston's men were inexperienced and poorly equipped and were soundly defeated. Anderson's men were well armed and killed Johnston and most of his men. Only a few of Anderson's men were killed. It appears that 79 of Johnston's men were buried near the railroad station in Centralia. They were later reinterred at the Jefferson City National Cemetery in 1873. The monument to them was erected in 1968.