The Philip Hess House, constructed around the late 1850s or early 1860s, exemplifies the Missouri-German Vernacular architecture in the Munichburg neighborhood and the associated influence of German immigration in the Jefferson City area. German immigrant Philip Hess purchased the home at the end of the Civil War in 1865, and the house remained in the family until the 1940s. The home is the oldest surviving house on its block and is listed on the National Register of Historic Places. 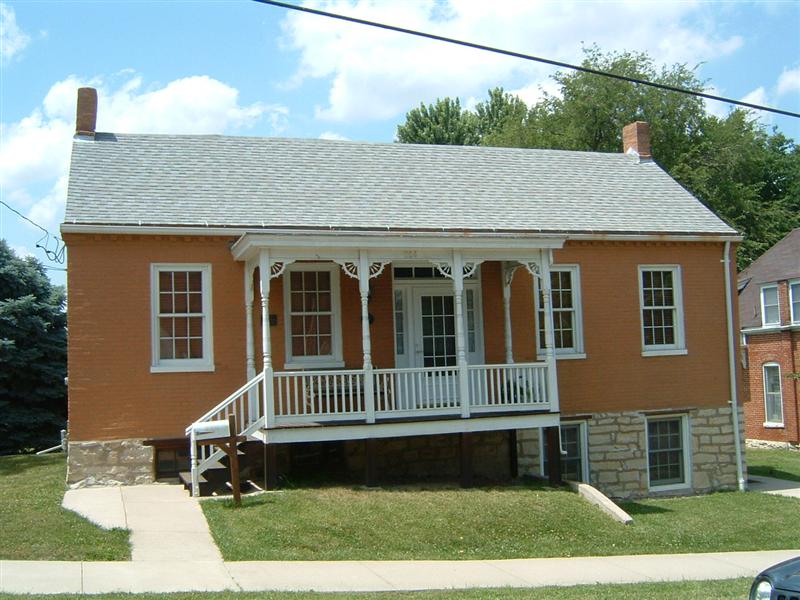 Like many nineteenth residents of Jefferson City, Hess was a German immigrant. Many of the roughly seven million people that immigrated to the United States from German-speaking regions during the nineteenth and early twentieth centuries settled on the Mississippi and Missouri Rivers. As early as 1860, Missouri had almost 90,000 German-born residents, most of whom lived near the Missouri or Mississippi Rivers. After the Civil War, the populations of several small towns in the area consisted almost entirely of German-speaking residents. German immigrants comprised four of the six members of Jefferson City's first Board of Education in 1867. By 1870, German-born people made up nearly fifteen percent of Jefferson City and vicinity residents.

Robert R. Jefferson served as the lot's first owner when he acquired the historic land from the U.S. government in 1857. He likely built the home and then sold the house and land in 1864 to Charles and Katherine Schulz. German immigrant Philip Hess acquired the property in January 1865, then purchased the adjacent lot in March 1865, expanding the property to its current size.

The Hess family lived on the upper floor, while the lowest floor supported the family business. Hess owned a traveling meat wagon and operated a grocery store and butcher's shop out of the now-historic home. In addition to his work, Philip Hess founded the German Evangelical Church. Before constructing a new church building, the Hess family hosted church meetings in their residence.

The Philip Hess House is arguably the best example of an early German Vernacular house in the Munichburg neighborhood. The influx of German immigrants built homes with designs taken from their homeland, usually mixed with ideas adapted from American and French styles referred to as German-Vernacular. The predominant feature among the homes involves brick construction, as many German immigrants came from northern Germany, where brick construction was prevalent. And in contrast to rural U.S. areas where wood and stone were readily available and cheap, brick availability and cost made it popular among builders in urban communities. As such, brick kilns and brick sales emerged as one of the first industries in Missouri-German towns; the first brick kiln arose in Jefferson City in 1826. The Hess house, with its limestone foundation and brick exterior walls, reflects this German Vernacular style and common usage of brick.

Philip's son, John Philip, and John's wife, Caroline Hess, inherited the home in April 1895. John Philip had assisted his father with the store, but after his father's death, he closed the store and worked as a letter carrier, which remained his career for thirty years. John Philip had three children, Selma Katharine Hess, Carl Hess, and Alma Carolyn Hess Heinrich. Alma, married to Victor Heinrich, moved back into the home after Caroline died. Alma gave birth to (and raised) her children in the family home. After three generations of Hess resided in the house, the family sold their residence and former store in 1943.