Constructed from 1938 to 1939, this historic apartment building is one of only a few Art Deco and Art Modern buildings in Jefferson City. The style of this structure combined the two Modernistic styles according to a design by builder, owner, and resident, George Tergin. Tergin came to the United States from Greece and opened a successful shoe-shining and hat-cleaning shop, followed by a dry-cleaning business. The apartments were constructed at a time when many people moved into (or built) new homes located in the outskirts or suburbs of Jefferson City. The apartments served those who remained in the city but needed affordable yet comfortable and modern housing. 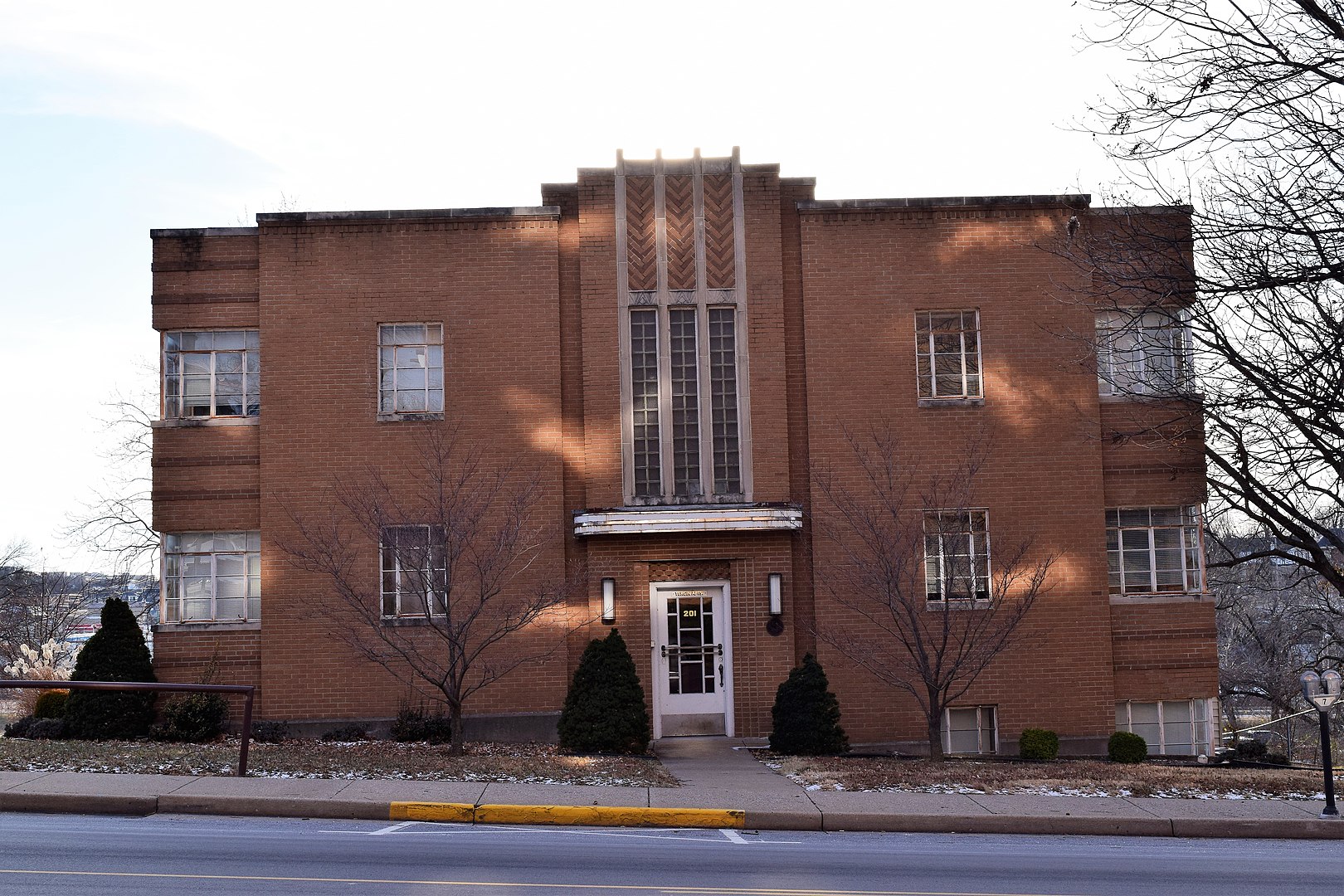 The Missouri General Assembly chose Jefferson City to act as the state capital in 1821, deeming its central location with access to waterways (steamboats), and roads (horses) as beneficial to the newly-formed state. By 1826, more than thirty families called Jefferson City their home, and the legislature met in the city's new capitol building. Its establishment as the capital and as a growing town pushed investors to bring railways into the city in later decades, further demonstrating Jefferson City's significance during the nineteenth century. Still, while more than 6,700 people lived in Jefferson City by 1890, numerous other Missouri towns exceeded Jefferson City in terms of population, commercial activity, and economic growth. Many even proposed moving the state capital to other towns (and many towns vied for that opportunity). However, when a fire destroyed the state capitol in 1911, the legislature decided to rebuild the building, ostensibly ending any discussion about moving the capital to another Missouri city.

Once the state firmly established Jefferson City as its capital after the fire, speculators and business people felt confident in investing in the city. Before 1911, Jefferson City mainly supported residences, small businesses, and government buildings. But after the rebuilding of the capitol building, the town's commercial development and population boomed. Indeed, between 1910 and 1930, Jefferson City's geographical size expanded by forty-seven percent, and its population grew by eighty-two percent; Jefferson City stood as the state's seventh largest city at the dawn of the Great Depression. As the city grew, commercial and institutional development took over residential neighborhoods located around the Capitol, concurrent with a significant portion of the town's population moving away from the city to newly annexed suburbs. However, in the blocks just east of the capitol building, apartment buildings arose to accommodate those who could not afford or did not desire to own their own home.

George Tergin, a local businessman and Greek immigrant, built one of the apartment buildings as a home for himself and his family as well as a source of additional income. Tergin immigrated to the United States at age fourteen with his uncle in 1916. Tergin quickly learned English and took a job sweeping factory floors before getting a job at a restaurant and a bakery. By age sixteen, only two years after arriving in the country, Tergin had saved $5,000, allowing him to buy a cleaning business in Jefferson City from his friend in 1918. Tergin and Aurania operated Central Cleaners; they managed the business until they mutually retired in 1976. In 1937, during a visit back to Greece, Tergin met and married his wife, Aurania. In 1938, Tergin hired firms to construct an apartment building for him and his family. Construction on the building began during the summer of 1938 and began renting to tenants in 1939.

The Tergin Apartment Building design draws from both Art Deco and Art Moderne stylistic elements. Although houses built during the 1920s rarely exhibited characteristics associated with the exceptionally popular Art Deco movement of the 1920s, apartment buildings often enjoyed the trendy style. But, the Great Depression of the 1930s steered designers away from the highly-ornate Art Deco style towards a design style referred to as Art Moderne. Although Art Moderne enjoyed some Art Deco characteristics, it exhibited less ornamental excesses. The Tergin Apartment Building is one of the few Jefferson City buildings with a Modernistic Movement design, comprised of features from both styles.

George Tergin raised his family in the apartment building he had constructed. Until a 1990s rehabilitation occurred, which forced him to temporarily move in with his son, Jim, and his family, he had lived in the building since it opened in 1939.